We toured to 2900′, digging two pits at 1600′ and two pits at 2200′. We found surface hoar up to around 1900′, and a mix of decomposing snow with near-surface facets at all elevations. Once we made it up past the hemlocks on the ascent, we were surprised to find soft snow up to the ridge, relatively untouched by the wind. The 12/1 crust situation was still a concern, with weak facets sandwiched between ice layers.

We also noticed some fresh glide cracks that had recently opened up towards the north end of Seattle Ridge.

No signs of instability today.

Temperatures were single digits in the parking lot, warming as we got to higher elevation through the day. Winds were calm, with a few periods of light breezes. The sun poked through the clouds for a few brief windows until around 2:00, when the clouds fully moved in.

The snow was surprisingly sheltered from the wind for the most part, which made for some good skiing. A few smaller slopes had supportable wind slabs, but that was the exception rather than the rule. The primary surface is a mix of decomposing precipitation particles mixed with near-surface facets, with surface hoar on top up to around 1900'.

-The surface snow now is composed of surface hoar to 1900', with a mix of decomposing/fragmented precip. particles all the way up to the ridge (2900'). This will be a weak layer when the next round of snow falls.
-The 12/1 crust/facet sandwich is still looking weaker here than it has been in the Seattle Ridge area, or up Crow Creek. We did not get any alarming test results, but that is partly because it is now buried around 3' deep or deeper.
-Test results: CT26 SC Q2, CT25 SC Q2, DT21 SC Q2, ECTX (x2). All of the CT and DT results failed on a layer of facets immediately below the uppermost crust in the 12/1 layer.
-The slab above the 12/1 crust is becoming very stiff, with close to 2' of 1 finger- to pencil-hard snow sitting immediately above the crust. 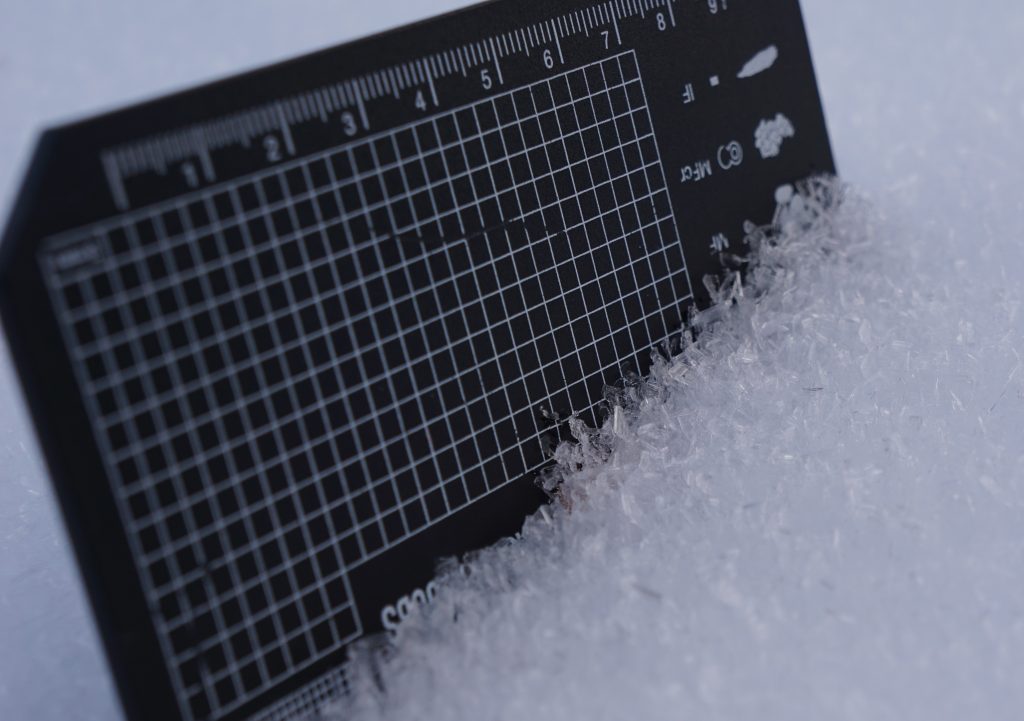 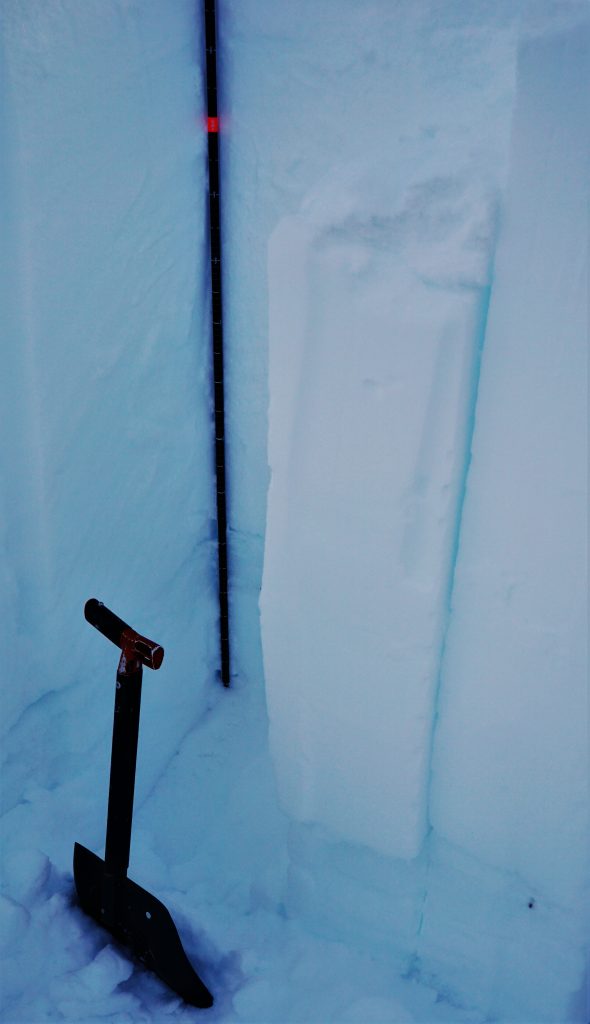 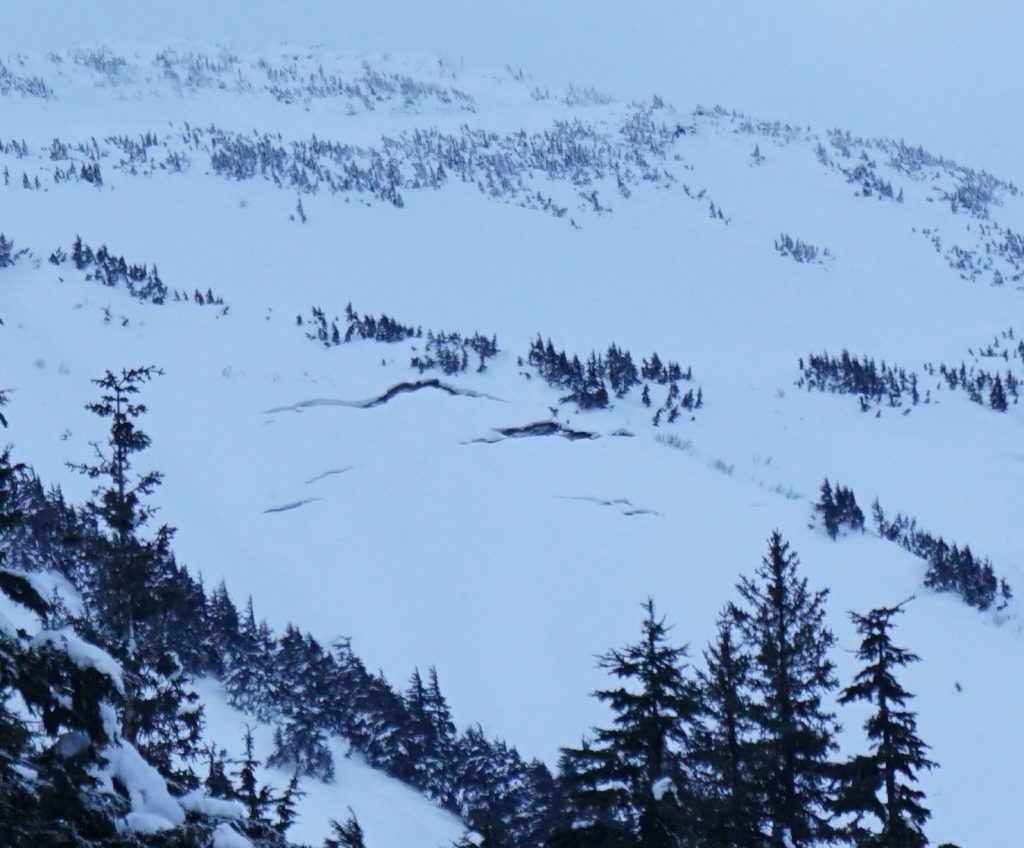 Glide cracks opening on a southeast aspect towards the north end of Seattle Ridge. 01.03.2021 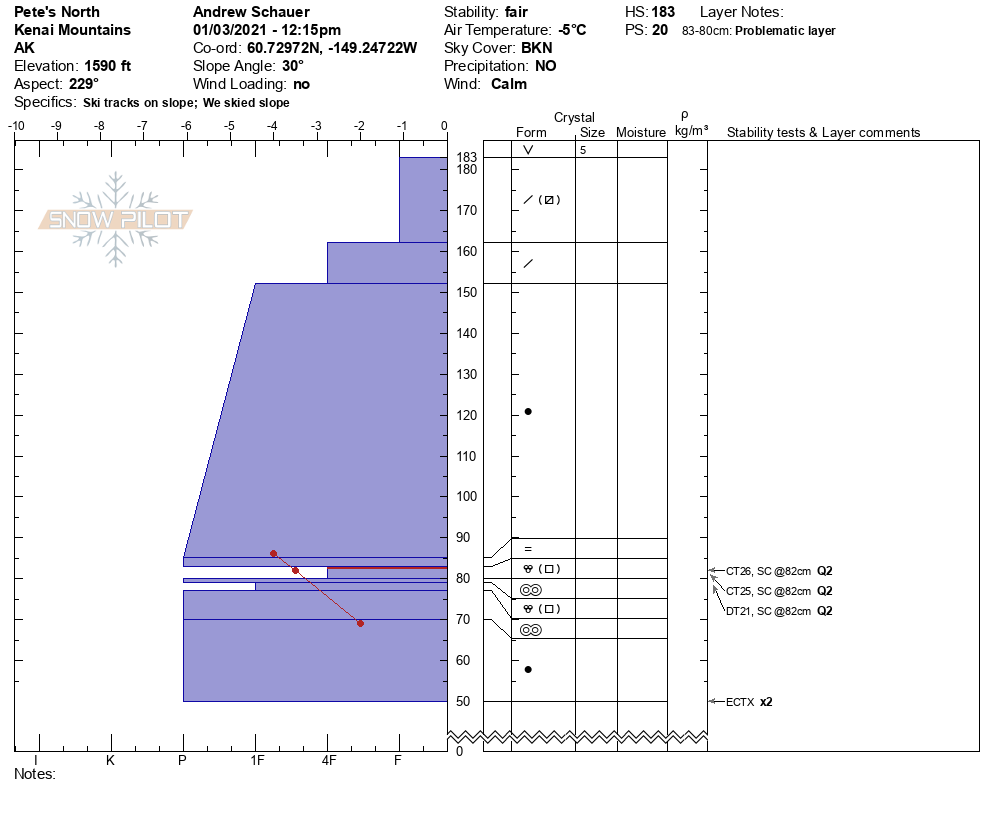 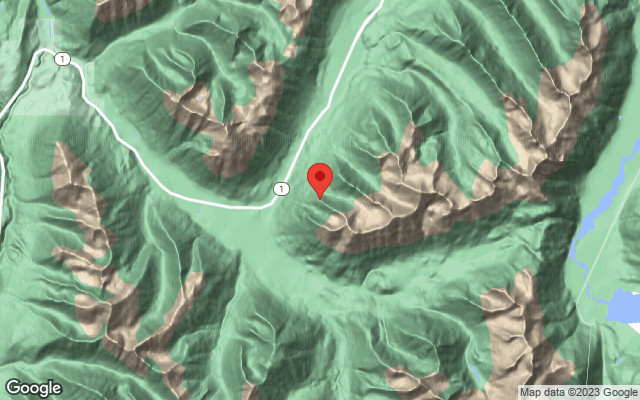