Standard (alder willing) route from Johnson Pass trail head entrance to 2700′ on Petes North ridgeline.
Parking lots were busy through the Pass. Great day to be out enjoying the CNF!
Surface conditions inventory prior to the incoming storm.

Broken skies
Temperatures in the 20°Fs at the road and teens above treeline.
Calm winds

2-4" of new snow. The soft snow is on top of melt freeze crust down low, hard wind effected snow in some zones up high or soft settled powder.
Light wind effect in the new snow along the ridgeline.

There is notable scouring on the some of the ridges between gullies on the south side of Lipps up Spokane Creek.

The skin track had blown in a bit as it poked into more wind exposed terrain and almost completely blown in at the ridge.
Dug 2 pits at 2300'. We did not dig to the ground. There were a few layers of wind in the top 15 cm that were evident with shovel tilt. The December 1st rain crust was 45 cm down. The snow above is very stuck to the top of the crust but compression tests do fail in a thin layer of facets sandwiched in between two layers of the melt-freeze crust. This layer did not propagate in my extended column test. I am a bit curious if we will see any activity associated with this crust in this next storm.
Hit a buried rocky spot skinning off the ridge that was very shallow with faceted snow (small facets) all around, good example of a potential trigger point. 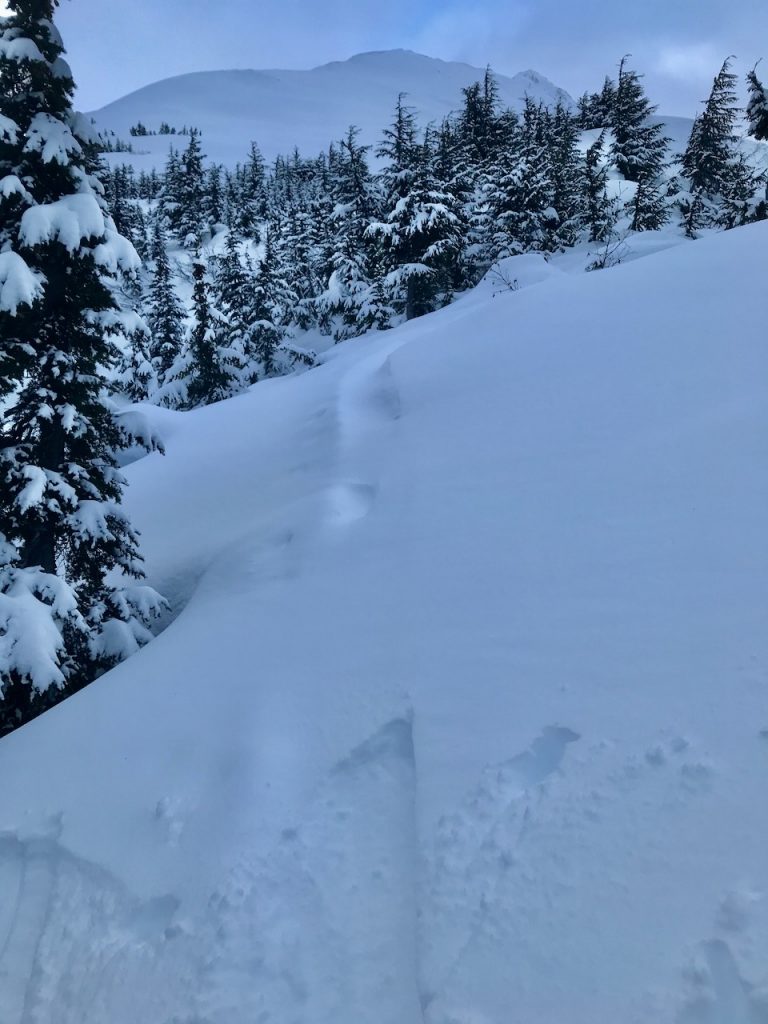 Wind drifts on the skin track 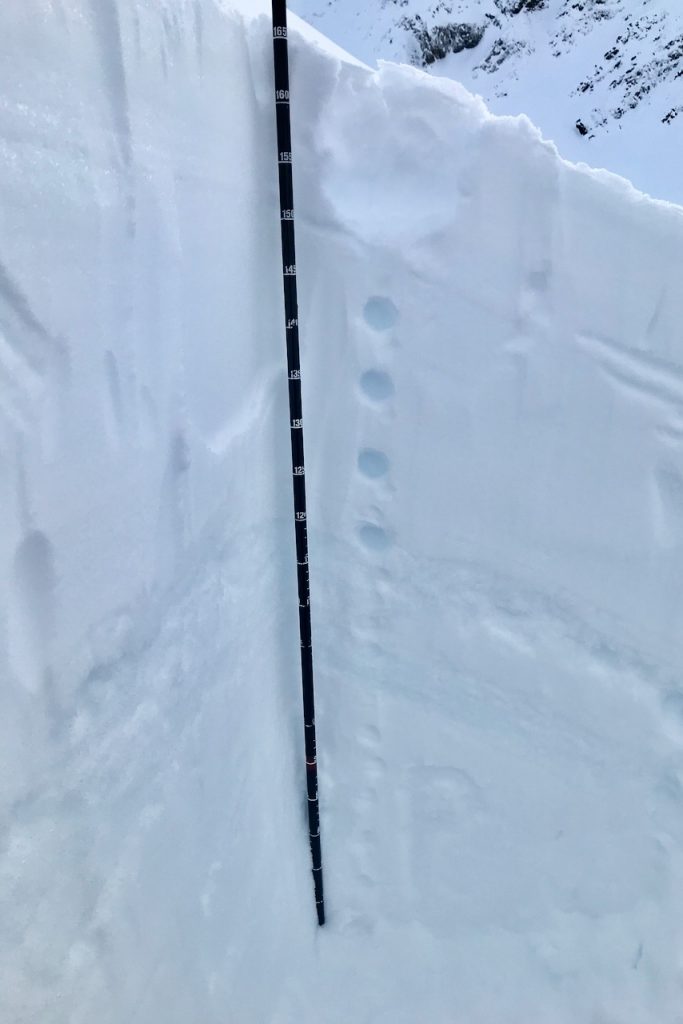 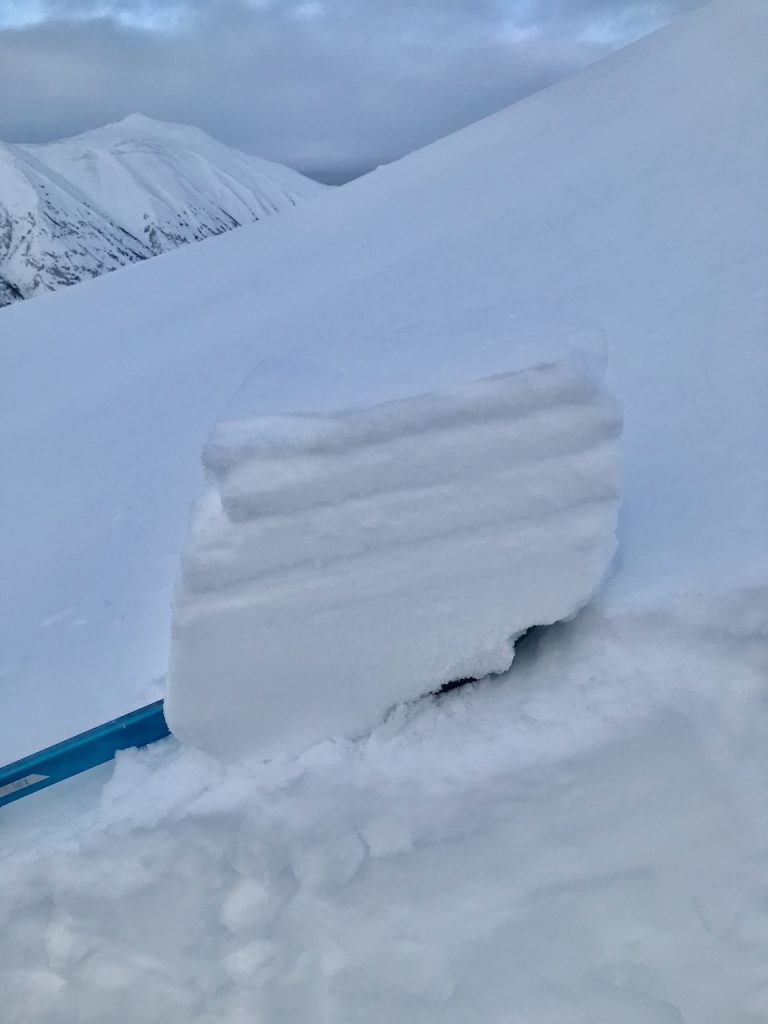 Shovel tilt @ 2300'. Failure layers were a thin wind crust, a layer of stellars and the top of the harder snow. 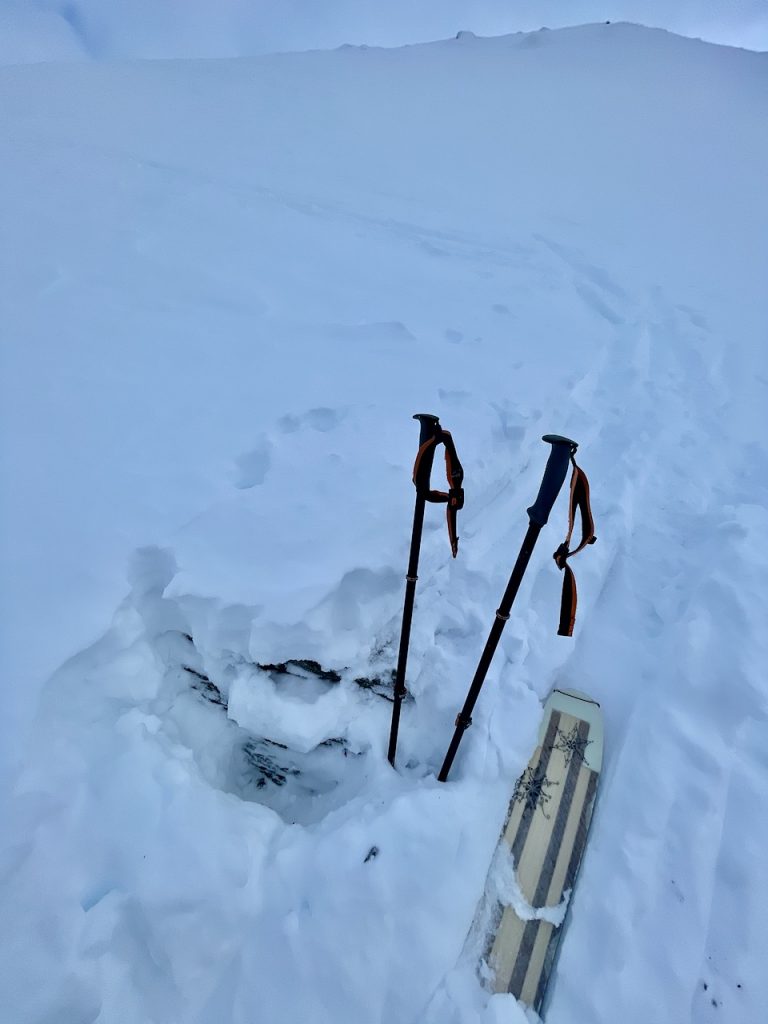 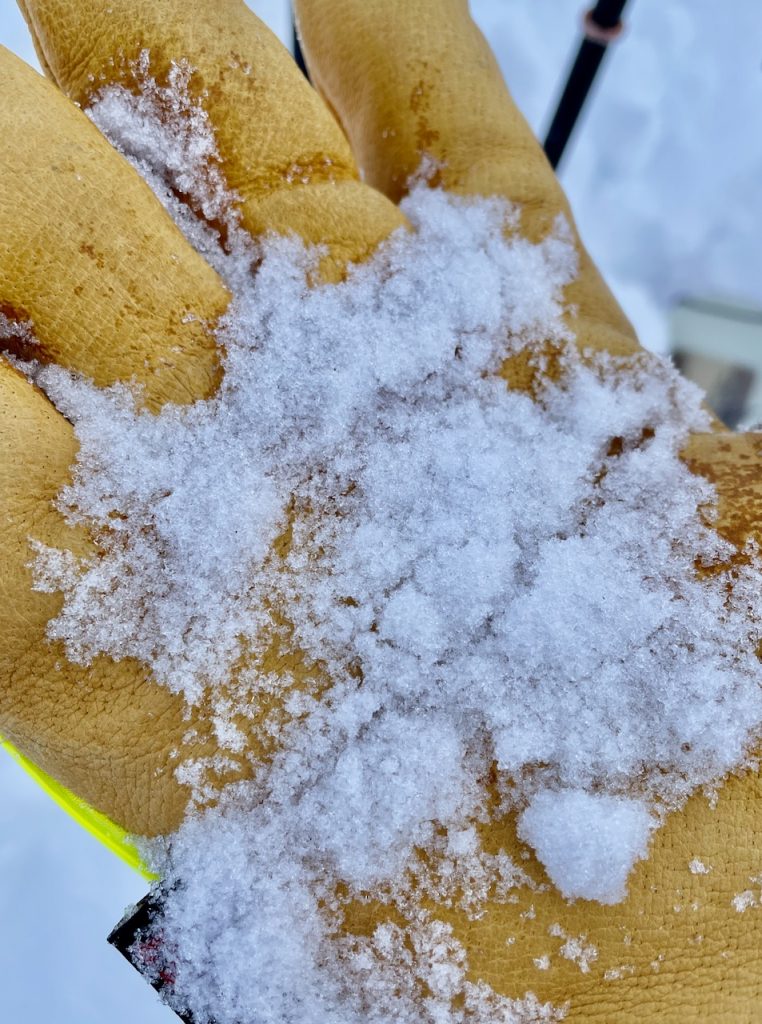 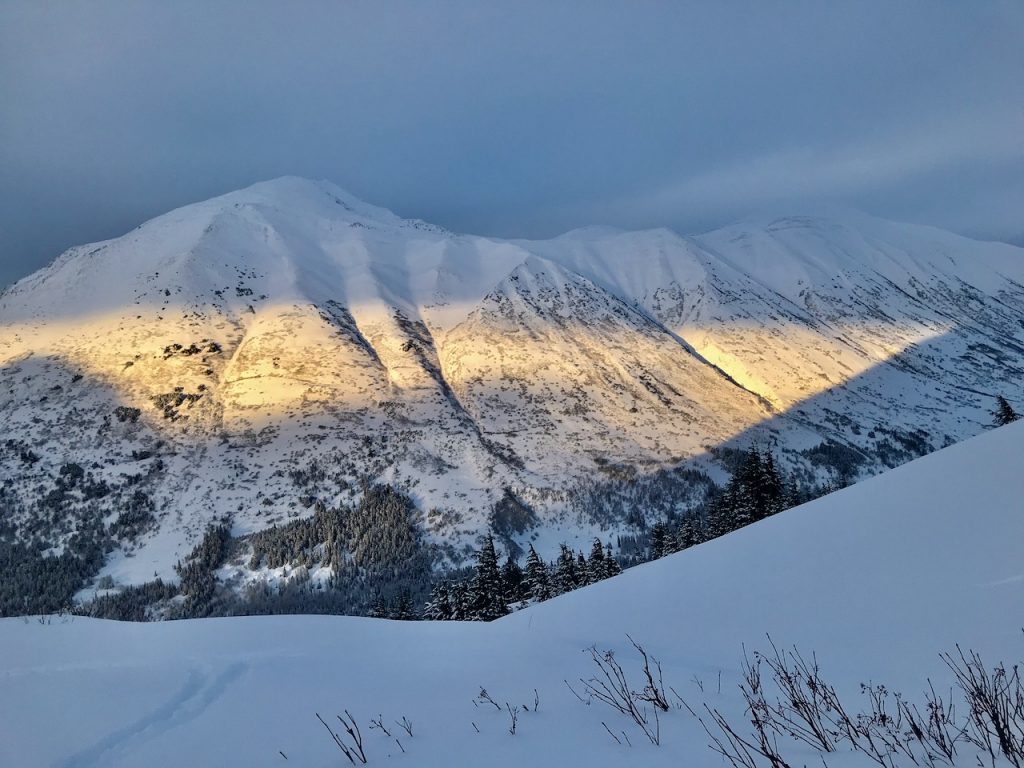 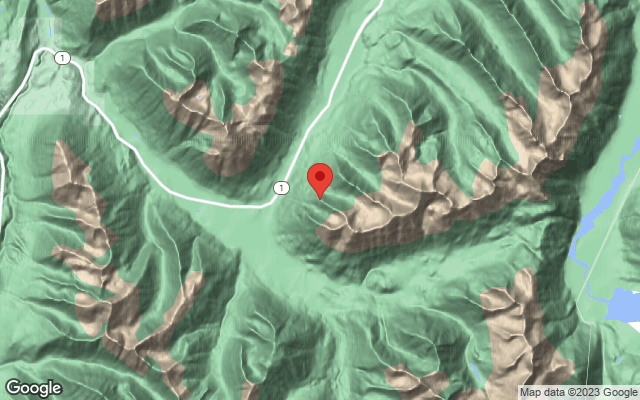