Glide crack formed and partly released on SW aspect of Lipps; this glide was not present as of 12/26. See photos below.

The glides in Lynx Creek drainage as pictured in the first photo of Heather Thamm's 12/24 observation have multiplied, with one appearing to have released in the past day or two. See photos below.

Soft snow surface along the entire route. Ski penetration of 3-6" below treeline, changing to 1-6" above treeline depending on wind exposure.

No formal tests; probing revealed a similar structure to further north in the valley, but with what felt like thinner/softer melt freeze crusts than observed in other locations to the north this week. 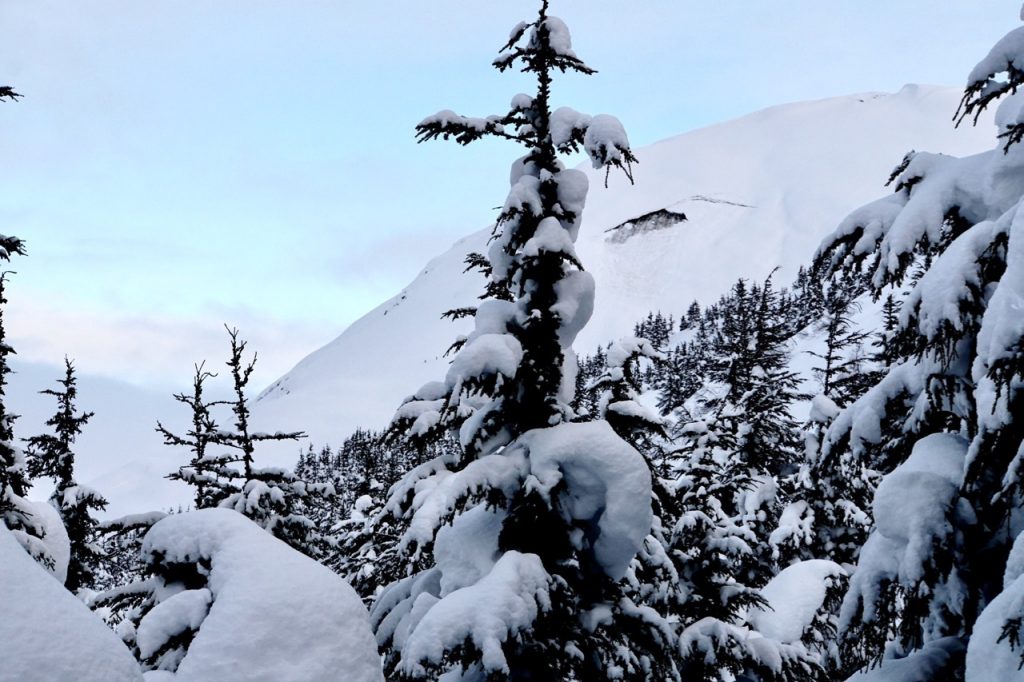 This glide formed and part of it released on the SW aspect of Lipps in the past three days; it wasn't present on 12/26. 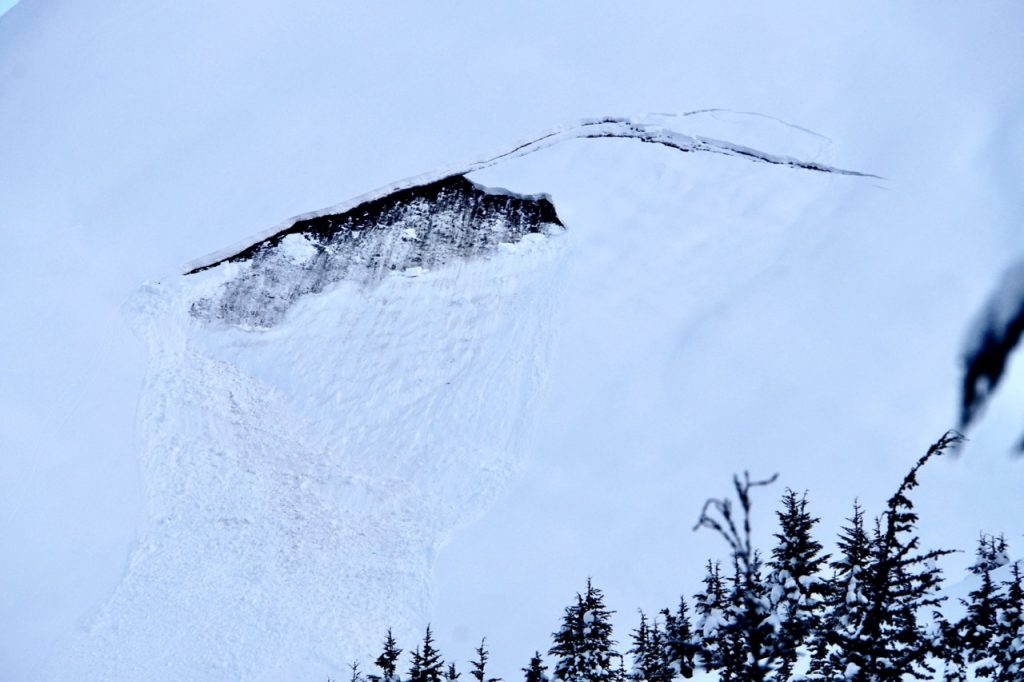 Close up of the Lipps glide 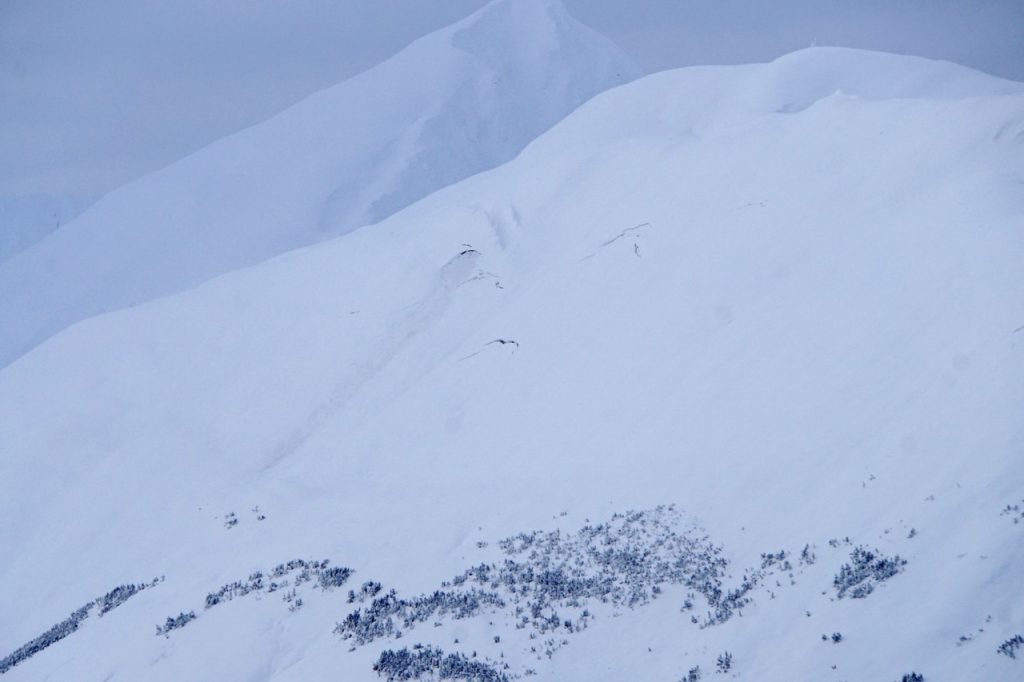 Movement/new glides in the Lynx Creek valley. For comparison on 12/24, see the first photo in Heather Thamm's 12/24 ob. 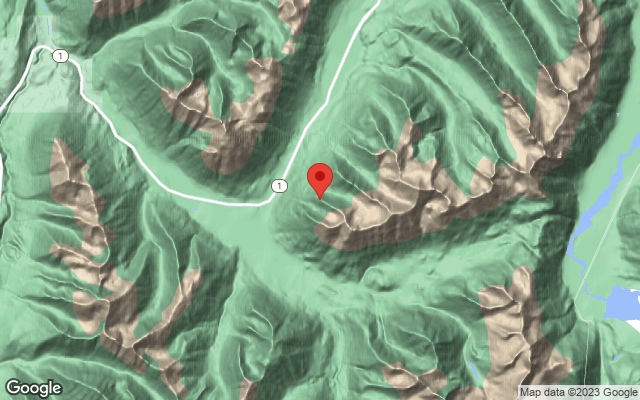