Toured to 2126′ up the west aspect of Pete’s North. Travel through the alders and hemlocks was exciting! Very warm today, really noticed the effects of warming on the snow.

Small slab avalanche in channeled terrain above Bertha Creek, unable to get a photo due to low clouds. Wet loose avalanche on solar aspects.

Snowed about 2" until skies cleared at 3 pm. Wind was calm. WARM! 37 degrees at the truck at the end of our tour. The trees were dripping with melting snow. Snow was "glopping" badly on skins during the entire tour.

2" of new snow quickly turned into melt grains by 5pm. Solar aspects have a 1/2" - 2" melt-freeze crust sitting below the new snow. The snow since 3/9/18 is very moist and heavy.

The snowpack at the south end of Turnagain Pass is significantly thinner than at the north end near Tincan, about 1 meter less snow on average.

The snow since 3/9/18 has settled into a 1F+ hard slab sitting over numerous weak layers. We were able to find the January 21 BSH / facet layer, and found very loose, well developed 3mm facets sitting above and below a stout melt freeze crust about a meter below the surface. The entire snowpack is moist.

We dug pits in two locations: 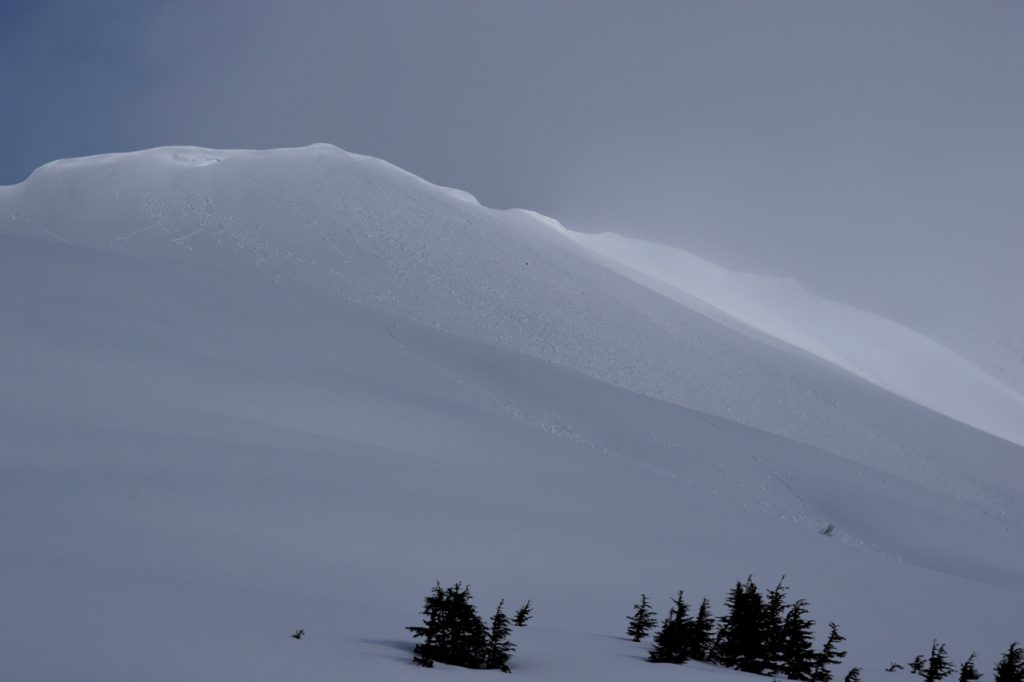 Southerly aspects have wet-loose avalanches and a 1/2" to 1" melt freeze crust. 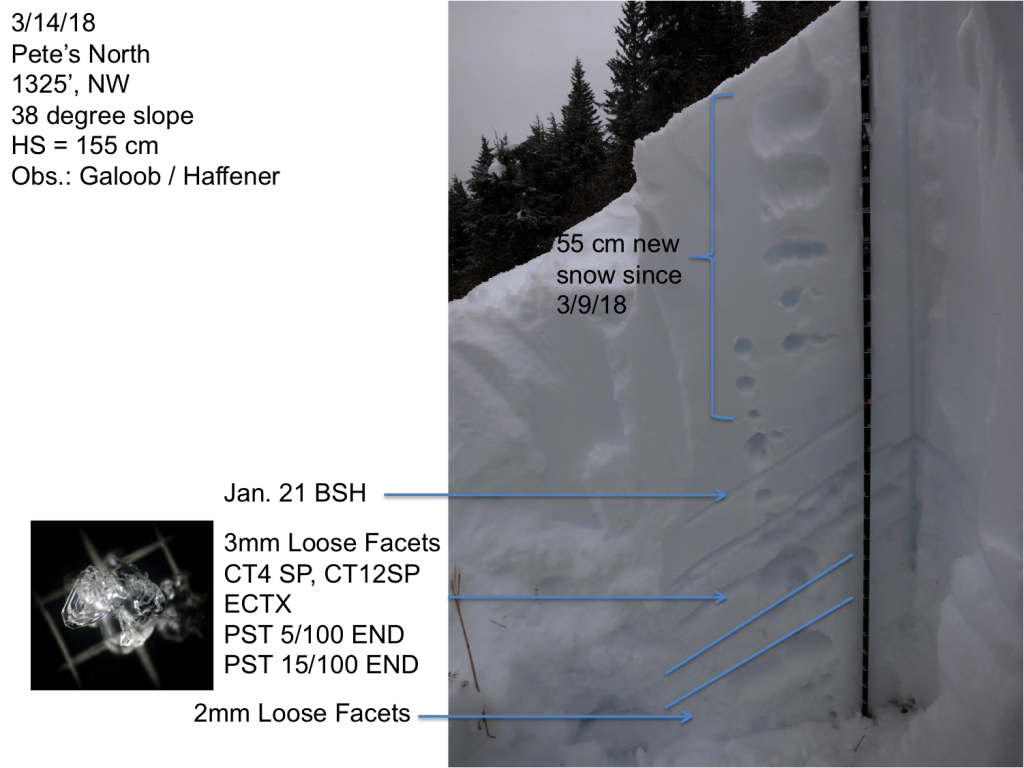 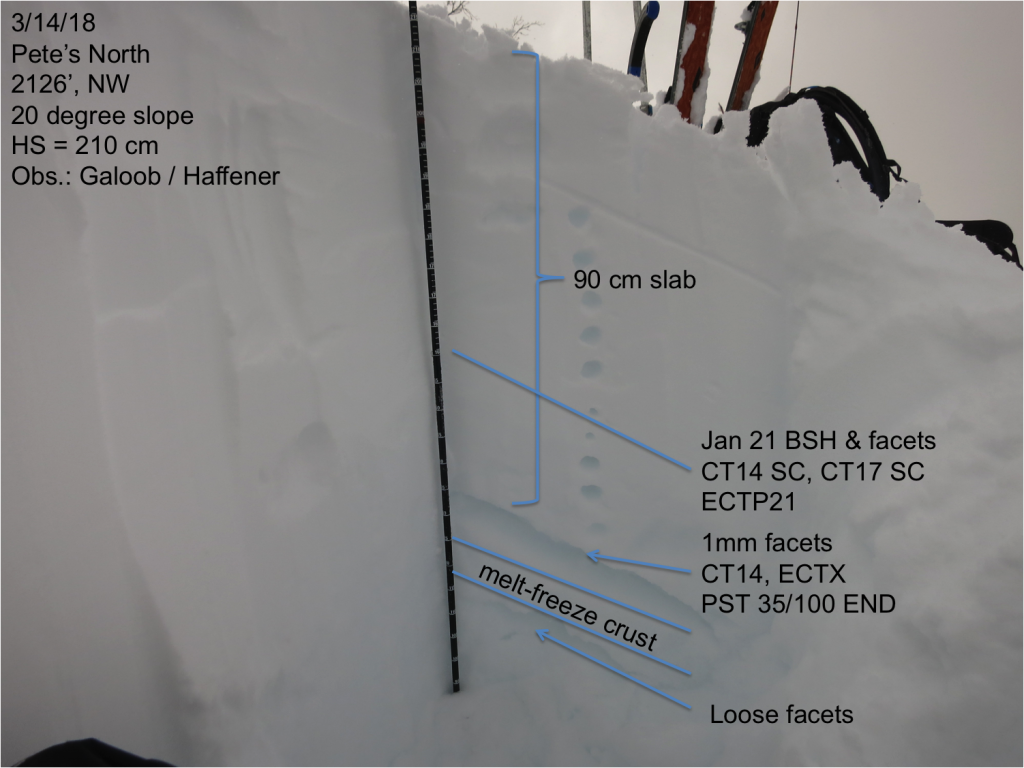 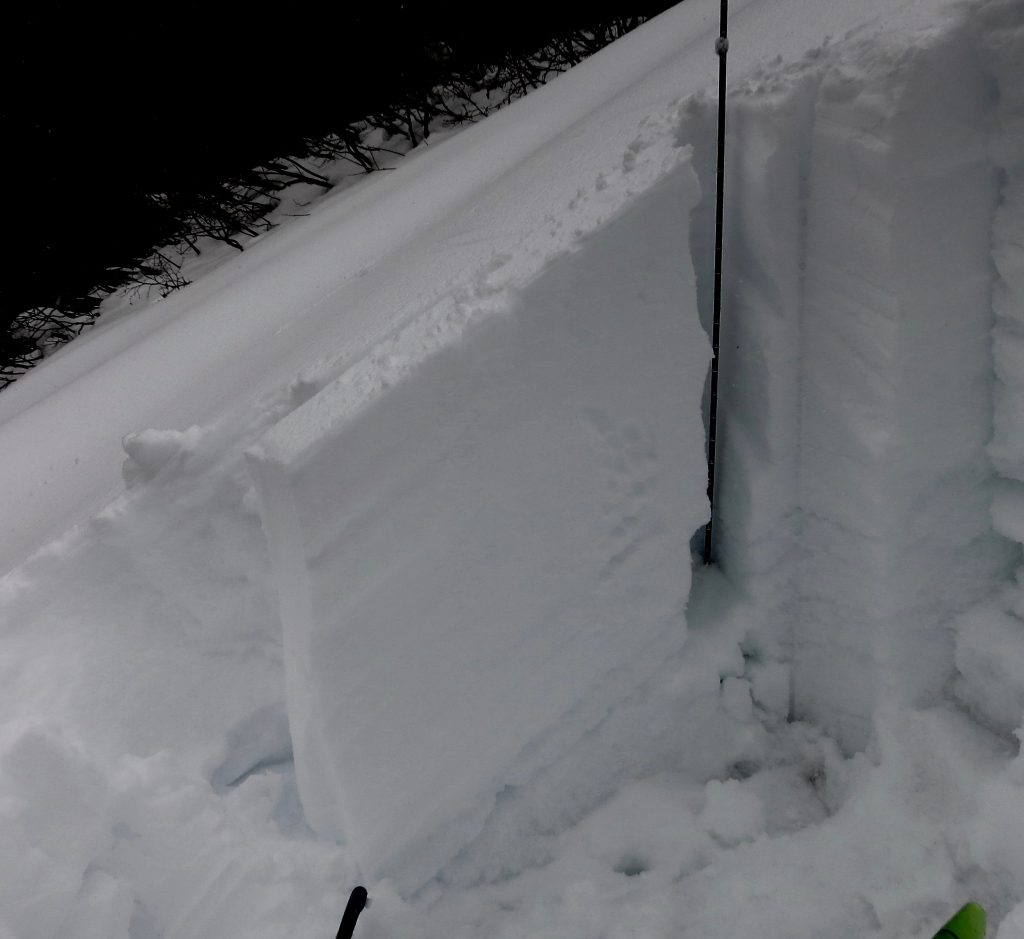 Numerous persistent weak layers are sitting below a 1 meter hard slab. Here, a propagating saw test failed 5/100 cm through the cut on 3mm cupped facets sitting above a melt-freeze crust. 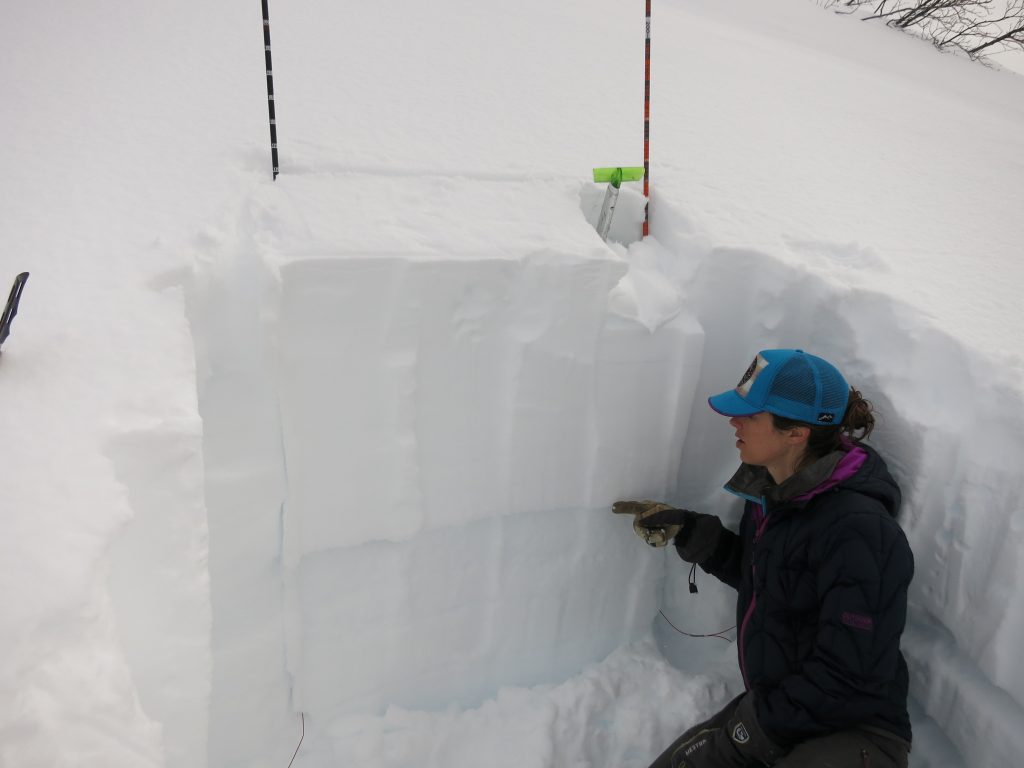 ECTP21 down 68 cm on Jan 21 BSH & facets below a hard slab. Propagation potential exists on persistent weak layers sandwiched between a hard slab and melt-freeze crusts. 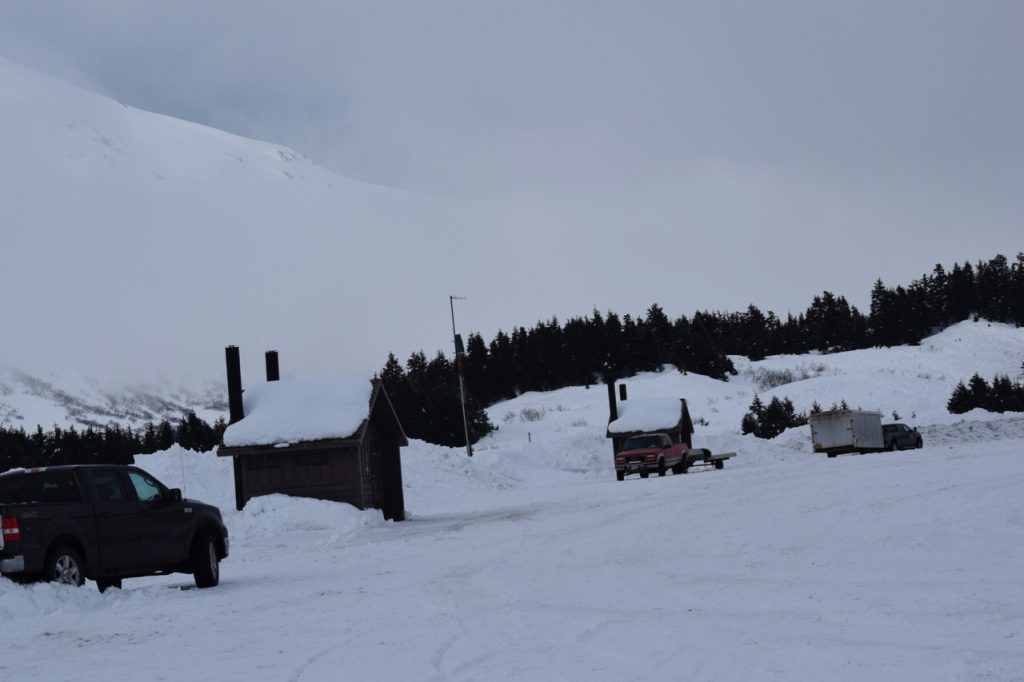 All parking lots in Turnagain Pass have been plowed. 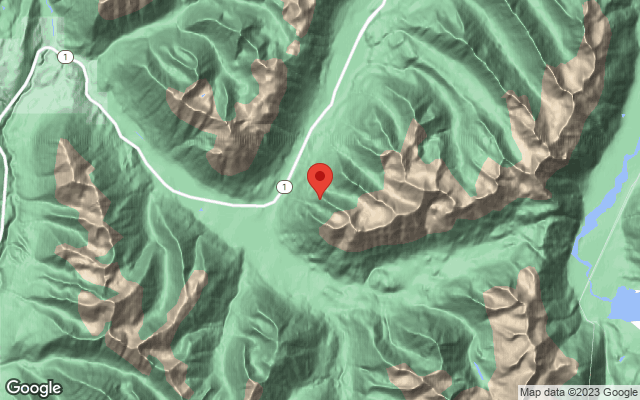