Standard route from Power lines up West aspect of Pete’s North. Good coverage in trees, but not many options through alders in mid meadow. Could see several older small slab avalanches from the Jan.26 storm on the North side of Pete’s South and a good view of the larger natural activity in the gullies on the S. end of Seattle Ridge above Bertha Creek. Active wind loading was observed above treeline on South and West aspects.

Nothing too recent - all activity occurred during last storm cycle (Jan.26th)
Some small surface cracking in top 3" of snow where wind was activily filling in old skin track

Cloudy becoming overcast by afternoon
East winds 15-20mph (Shifted between NE and SE at times)
Temperatures were on the rise throughout the day (24F at 10:30 and 30F at 3:30pm - at 1000')
Light flurries, no accumulation was observed

Below 1400' - two firm melt/freeze crusts are within the top 12" of the snowpack. By 1500' they become very light and disappear

*Note for the PST we should have isolated a longer column 120cm (same length as the weak layer is deep) - results are not fully up to SWAG standards. 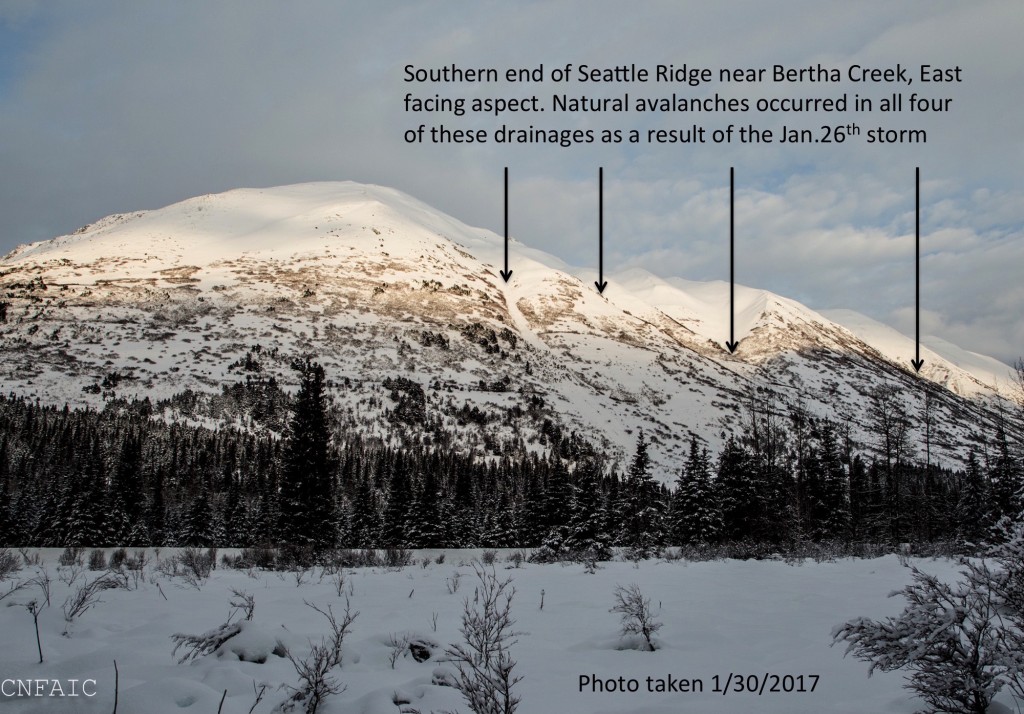 Recent avalanche activity on the East facing aspect of Seattle Ridge on the South side of Turngain Pass - all occurred near the Jan.26 storm 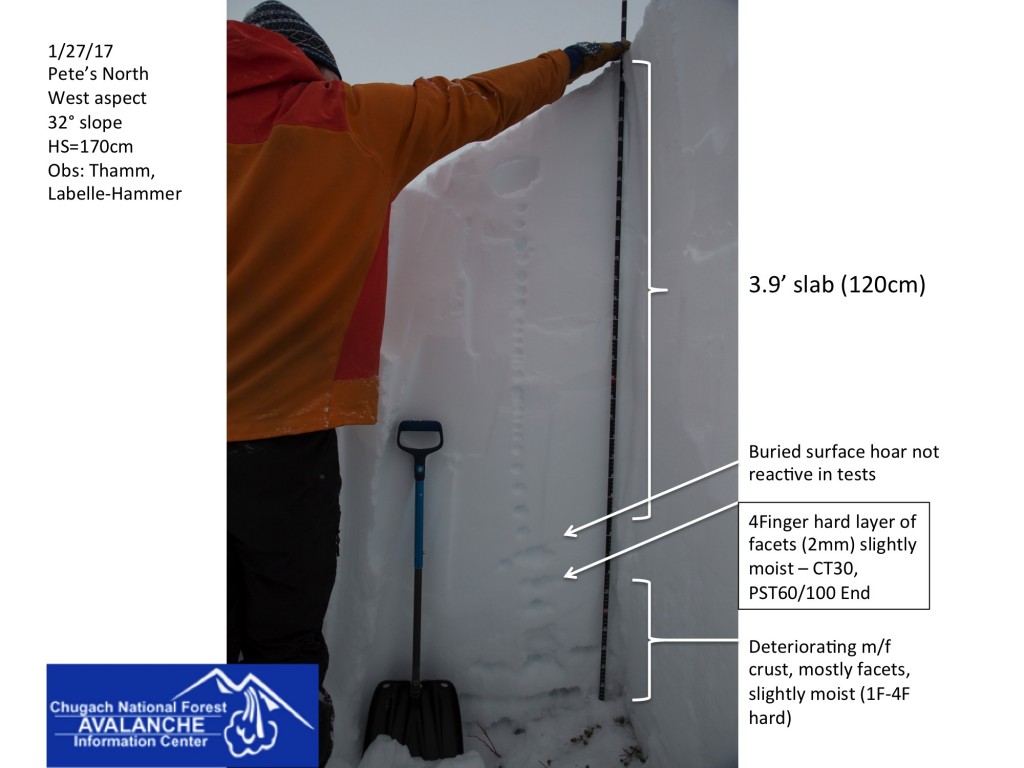 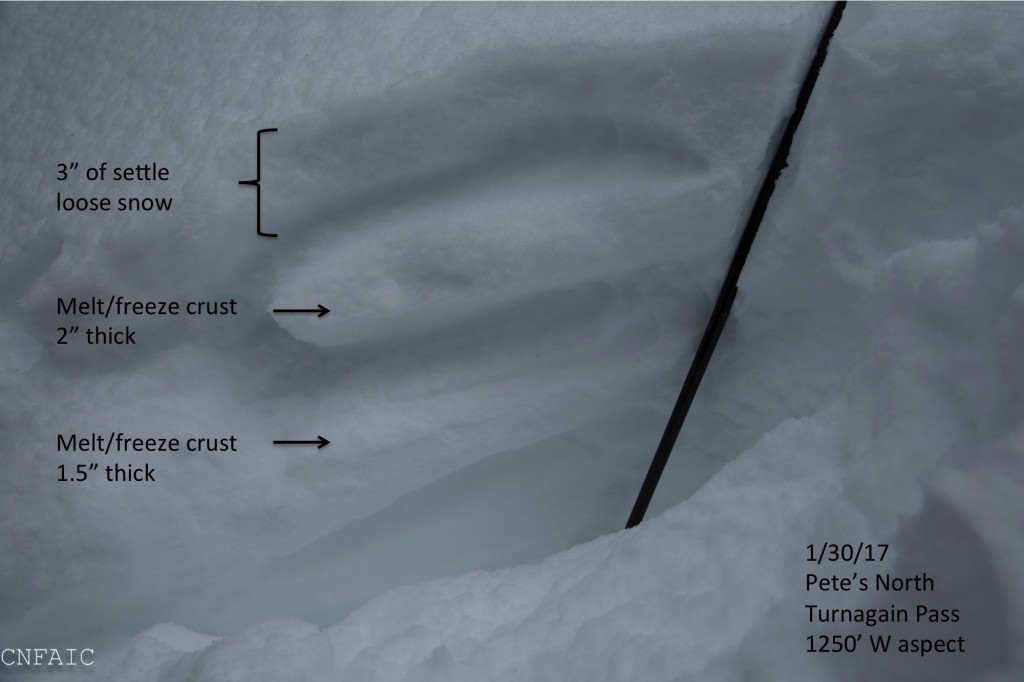 Two crusts that formed below 1400' due to rain and wet snow during the Jan.24 storm 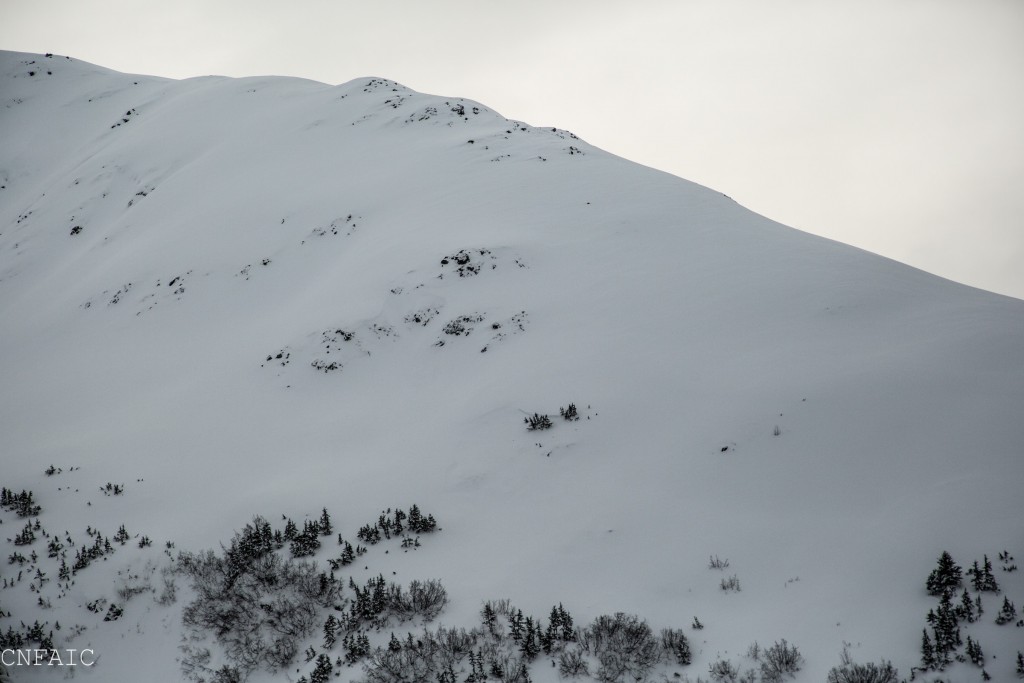 North aspect of Pete's South. This is an area with a thiner snowpack. One small natural mid slope, but otherwise this hasn't avalanched. 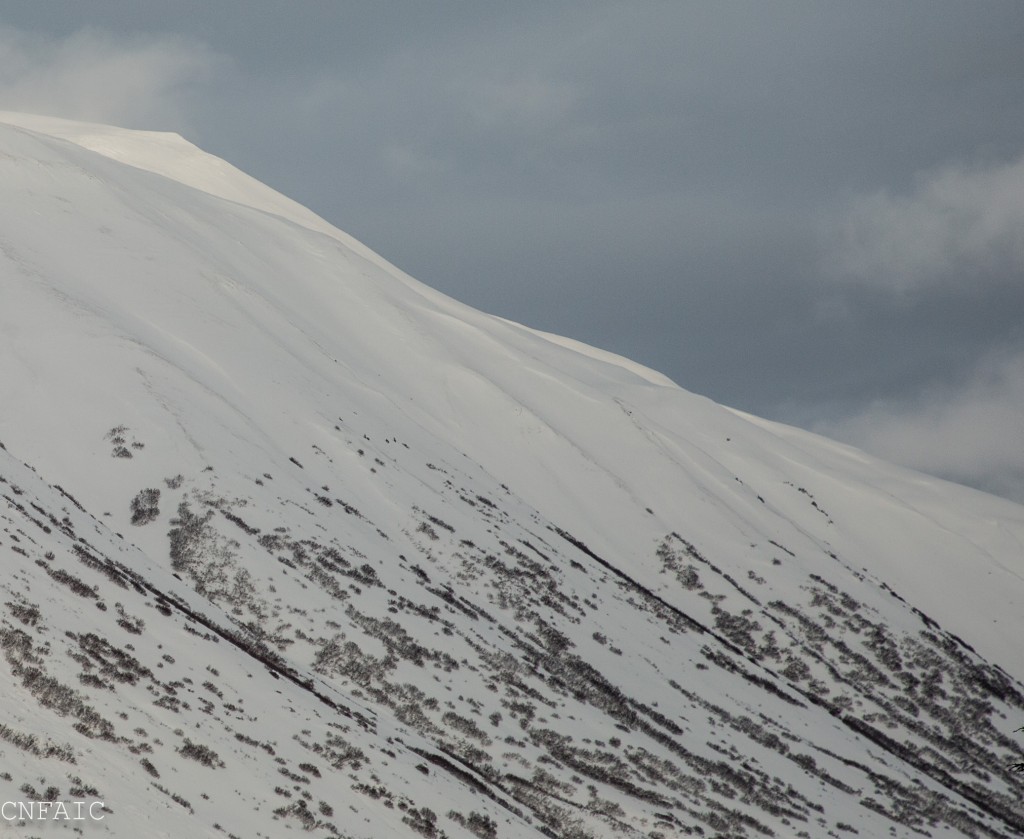 Clouds were moving above Seattle Ridge, but didn't see any flagging from ridge tops. Gullies show signs of cross loading 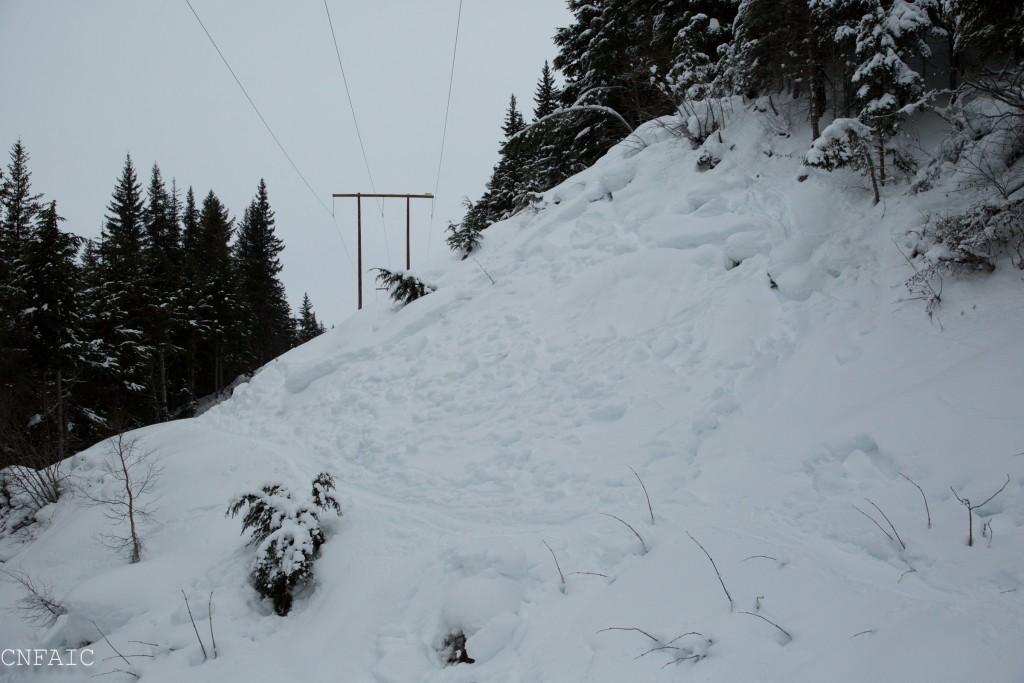 Small wet slab at 1000' that released during the Jan.26 storm. This is now a re-frozen melt-freeze crust with a few inches of loose settled snow on top. 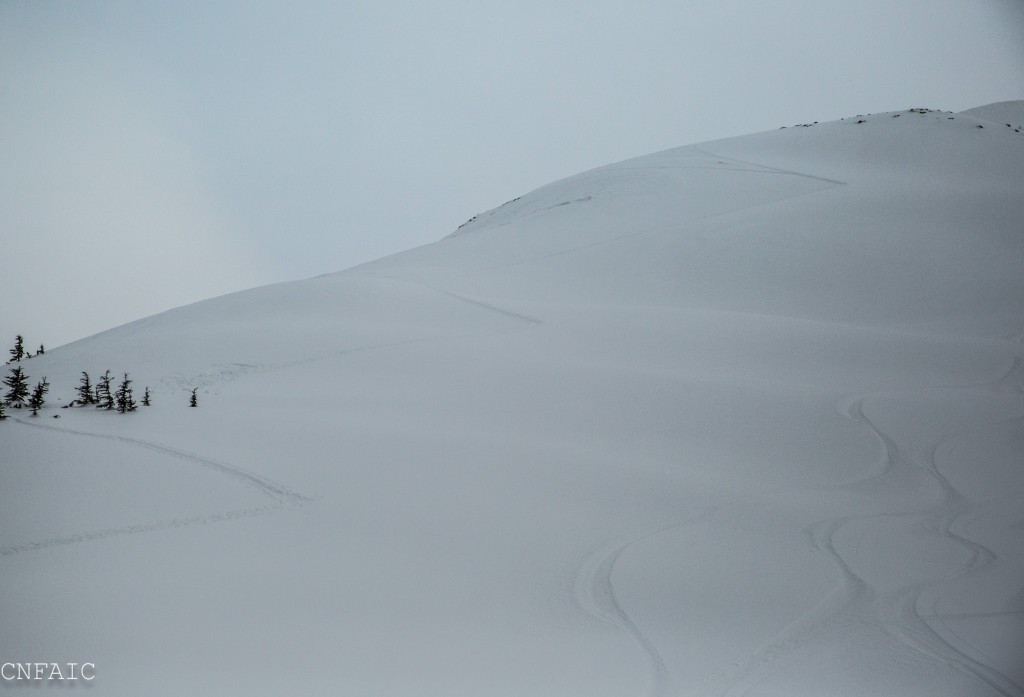 Skin track was filling in with wind blown snow above treeline, but not enough to fully cover skin track. 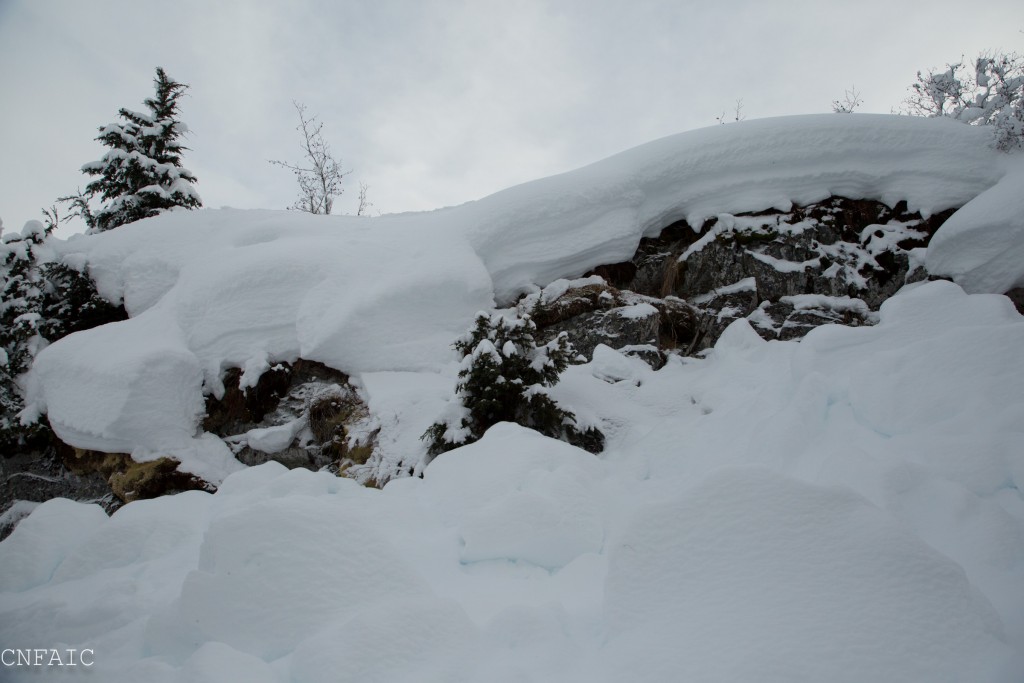 Large chunks of snow in the foreground likely fell during the warm wet conditions on Jan.26th. A good view of how much snow is at 2000'.