Toured from the parking lot at Johnson Pass TH to approx 2000 feet, remaining below the ridge just above treeline.

Shooting cracks were observed (10 feet at most) at the 2000 foot elevation.

Cloud cover was generally broken skies with occasional obscured intervals. Temps were -4.5 C at 2000 feet... light winds out of the NE. No precip. Snow was being transported at ridgetops.

There was a crust to approx 1200 feet, which was then replaced by decomposing new snow, which became wind effected at 2000 feet.

We dug a series of 6 pits at 1650 feet on a western aspect (30 degree slope). They revealed generally good structure with an interface approx 25 cm down that yielded high strength, low energy. We dug again at 2000 feet in a wind-loaded convexity: these revealed fair structure (12-25 cm windslab over weaker snow), easy shears with resistant planar Fx character. ECT's did not reveal any propagation. 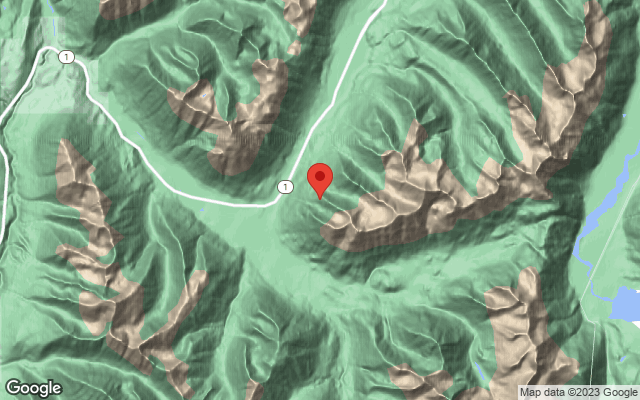