Clouds were broken and moved in and out throughout the day. Temperatures were in the 30s at trailhead and 20s at upper elevations. Felt very warm in the sun as we were skinning up.

Wet snow on the surface below 1200' with a supportable base underneath. On solar aspects the snow was moist and there were lots of roller balls releasing naturally and from skiing. On northern aspects the snow surface was dry and somewhat wind blown. No shooting cracks or cornice breaks travelling along Pete's N ridge.

We mostly dug hand pits looking for surface hoar and assessing the wind slabs. We did not find any surface hoar in this area but were mostly looking on wind exposed slopes above treeline so surface hoar could still exist in more protected areas. The upper 2-3" wind slabs were fracturing cleanly and easily in hand pits, but we never found a place wind slabs were much deeper and did not have shooting cracks while skinning along the ridge.

In our pits at 2200' on a NW aspect on Pete's S we found an overall very strong snowpack with a few crust layers. Our ECT tests failed underneath what looked like an older wind slab about 10" down but did not propagate. 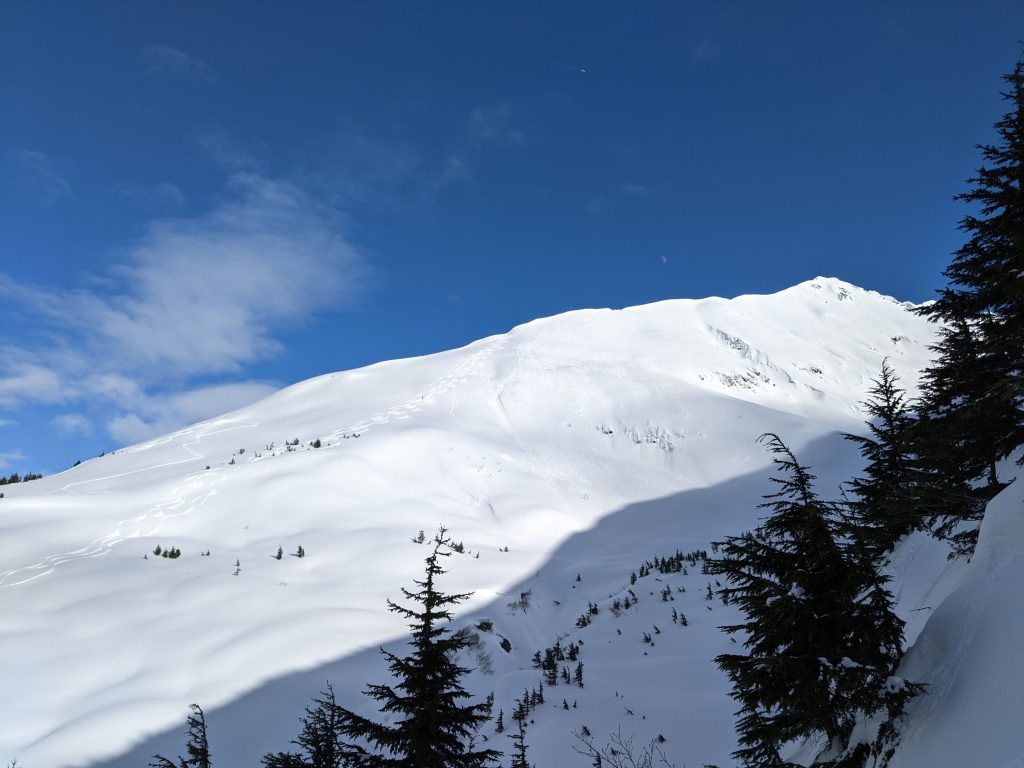 Sun came out a few times and created a lot of rollerballs and wet snow on steeper southerly terrain. 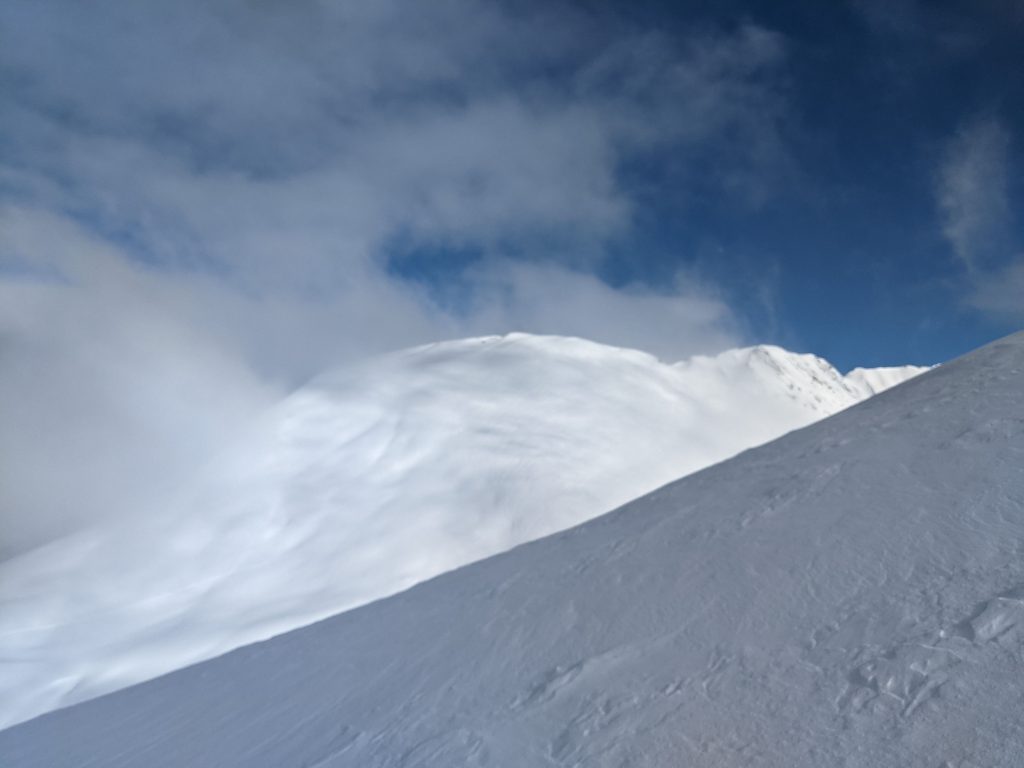 The light was in and out, but there was a lot of wind effect visible on the snow surface on the S face of Lipps 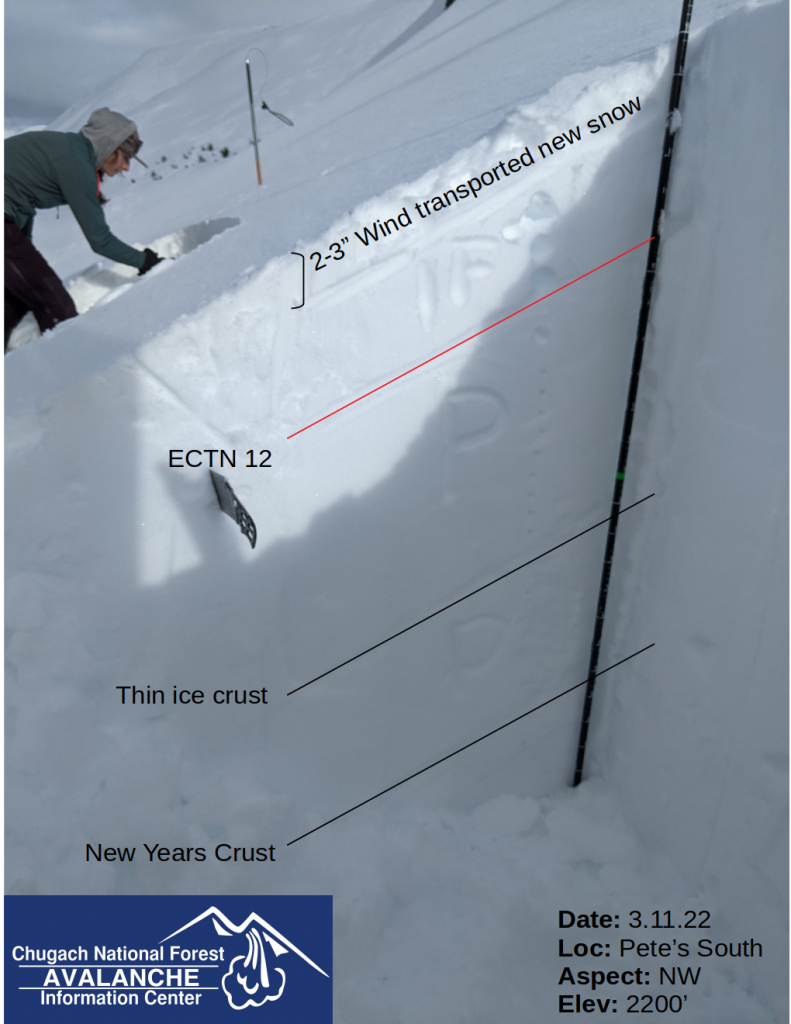 Snow pit profile from Pete's S, no real interesting results. We did not find buried surface hoar or near surface facets, but we mostly looked in the alpine elevation band.. 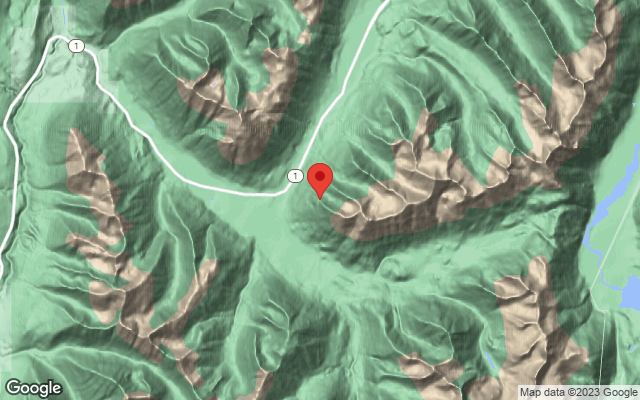