Yesterday my partner and I took a heli bump to the top of peterson headwall. Both of us have been there many times and knew the terrain very well. The plan was to ski a few different lines such as the “Jim Black” spines and possibly the “Shoulder of Death” depending on the snow conditions. We had been touring Turnagain all last week so our confidence was high that the snow would be very similar to what we had been skiing. flying around in the heli I quickly realized that things were looking much more wind/sun affected then what was seen in the pass.

The pilot dropped us on top of Blueberry Ridge where there is a couple more mellow terrain options to warm up on. We booted up to the more prominent peak at the center of of the western facing ridge line. The run was a reasonably steep face riddled with exposure but easily navigable. The very top of the slope was my concern of interest. It was wind scoured with patches of rime, that fed into a small choke down the left side of the slope. It looked nasty but it was nothing we hadn’t skied before. We planned on skiing through the choke dodging the exposure to our right side.

My buddy (snowboarder), dropped first. Immediately when he dropped in he took a turn and quickly lost his heel side edge on a small patch of rime. He was able to regain his edge but the slope was so icy his edge would not stop him. His slide was trending left towards the choke but it was not enough. He clipped the end of a rock just to the right of the choke sending him off the smaller end of the cliff into an uncontrollable ragdoll. I maintained eye contact on my partner the whole time after the choke, miraculously he was dipping and dodging the rock walls within inches as he was sliding down the couloir.

When he finally came to a stop, I skied back down the ridge to a much less exposed slope so I could ski safely to my partner. When I arrived shortly after the incident, my partner was just coming to. His outerwear was torn to shreds and was complaining of shoulder and back pain. He was also very confused which made me worry about head trauma as well. After seeing the way he ragdolled down that slope, and the pain he was describing, there was no way I was about to have him move without the help of medical attention.

I wrapped my buddy up in extra layers and tried to make him comfortable. I took out my cell phone not expecting to have cell service. I had one bar on extended network. After about fifteen minutes of trying to dial through it finally started ringing. I was able to give life med my location and they were able to respond within 30 minutes after the first phone call. When they arrived I had to ski down in front of them in order for them to find me. Just as they landed another party of two popped above the ridge and I was able to flag them down for help. We dragged the back board up about 500 feet back to my buddy and was able to get him loaded onto the chopper safely. I cannot thank enough for all the help life med and the other party of 2 was able to give to us during the freak accident. So if your reading this Thank you so much!!

My buddy although very banged up, suffered only minor injuries and a couple cuts and bruises. Talk about luck and one tough dude! The moral of this story is you always need to evaluate snow conditions and terrain carefully no matter how experienced and confident you are in the steeps. Never take the big mountains lightly. They will always bite back.

The other party also wrote in the observations view it here:
http://www.cnfaic.org/observations/fotogallery.php?id=p2849&year=&map=&month= 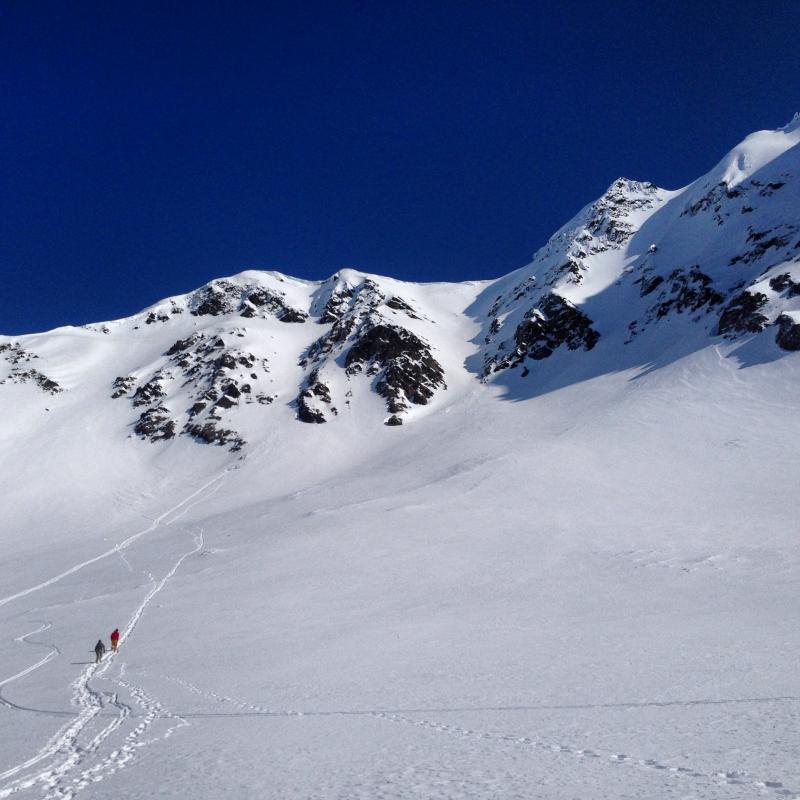 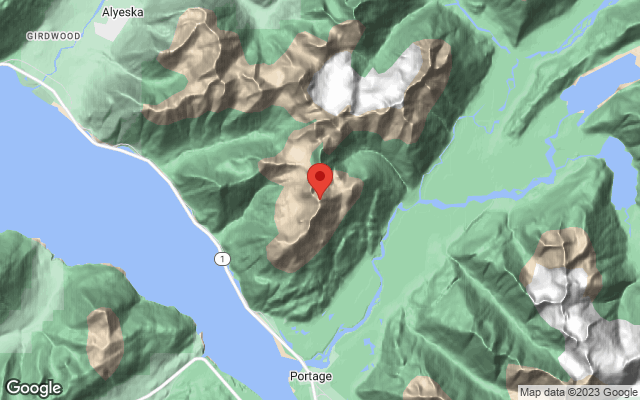