Touring up Peterson Creek today intending on skiing Low Bush, we had to stop our
tour around 1200hrs when the LifeFlight helicopter buzzed us and landed roughly
1/4mile from our location. We then saw a skier ski down to the chopper and waive
us over. Unbeknownst to us, a party of 2 got a bump up to the top of Peterson
Headwall earlier that morning, and the first snowboarder to drop in lost his
edge on the first turn and tomahawked roughly 1,000′ down a chute with a major
constriction 1/2 way down. He aired this constriction and continued his ride
another few hundred feet coming to a rest at the top of the apron. We did not
witness the accident first hand, but put this story together from his partner
afterwards. Once my partner and I got to the scene, 2 LifeFlight paramedics and
the snowboarder’s partner arrived and we got the injured snowboarder onto a
backboard and walked him a few hundred feet down to the chopper. I haven’t heard
from the injured party this evening and do not know the extent of his injuries.

Overall snow conditions were much firmer than expected as well as much more wind
affected than areas in the pass we had skied previously this week. No recent
avalanches observed, though lots of fresh roller balls in the afternoon. Overall
much less snow in the creek than typical, and thus much more bushwhacking.

Watch out for refrozen snow these days! 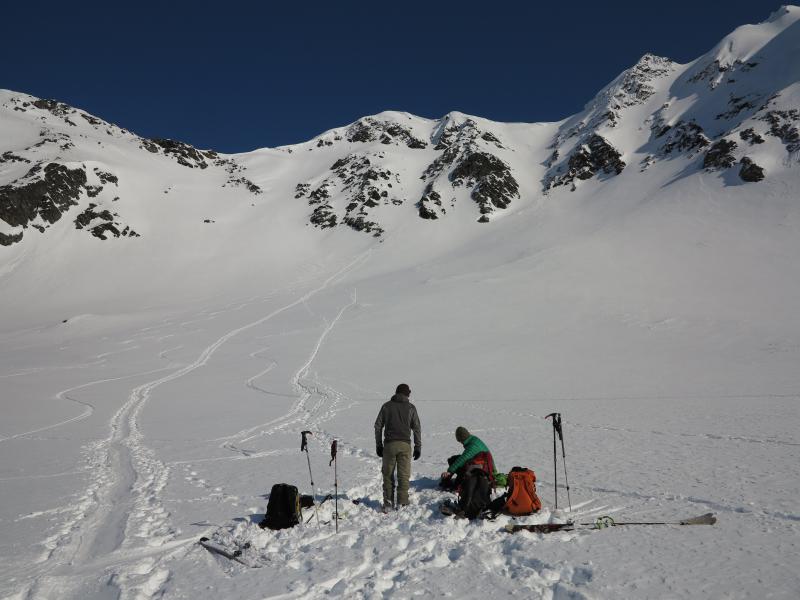 Looking back up at the accident scene. Just out of sight to lookers right is the zone refered to as "Jim Black Spines," and to the left is the Peterson Headwall. 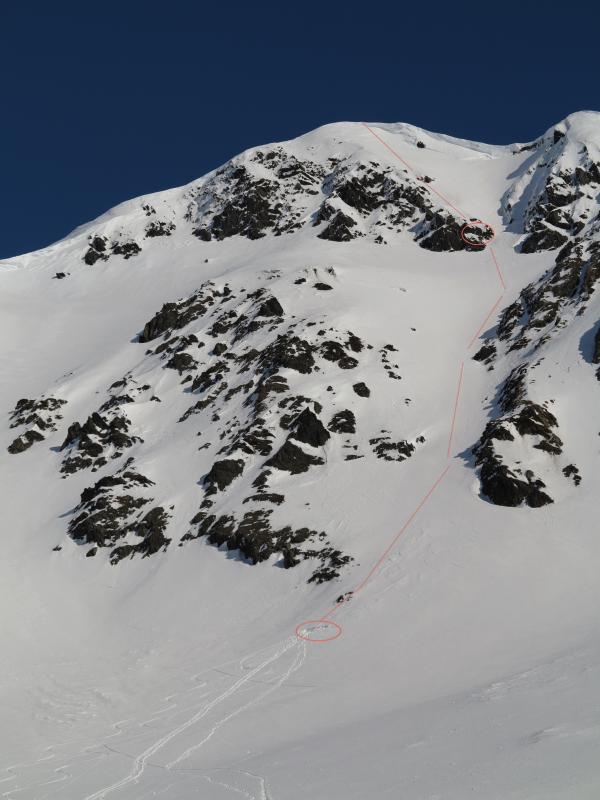 Red line indicates the fall line. He aired over the cliff at the first oval and stopped at the second oval. 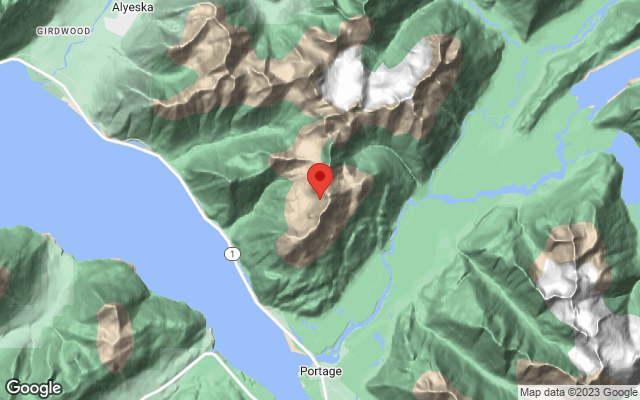