I tried to traverse from Flatttop to Ptarmigan Pass, due recent (less than 24 hrs) snowfall it was slow and deep. I tried to stay on the ridge following the alpine/summer route. There was a lot of new snow in some places.
A lot of ski tracks on Peak 3 and Peak 2.
I turned around in Peak 3, at 21:00 hrs.

No Red Flags, but recent snowfall, less than 24 hrs.

Broken sky. Some pockets of blue sky, but mainly clouds.
No wind. A few calm/light gusts. No precipitation.
New snow less than 24 hrs before.

Snow pit at 3701' ASL.
TSD: 85 cms.
SA: 35°
NW Aspect.
ECT-16 Q1 (Planar, clean fracture and the slap slide to the pit.) Fracture line 32 cms below surface.
Snow like grain/ sugary facets on the "weak layer". Hard to identify the Weak layer though. I think is a tinny crust or different density snow.

My point here is:
After this test, I decided it wasn't stable/safe for myself to continue to a similar slope I was going to. But Right after this happened, like 60 mts from where I was, I snowboarder dropped from a rock (probably as tall as him or more) to the snow. With no reaction on the snow, neither triggering some avalanche or nothing. Also the slope had already many fresh ski tracks after the storm.
So, it was a good decision making? Is it possible that where he landed was a deeper or stable snow pocket ? 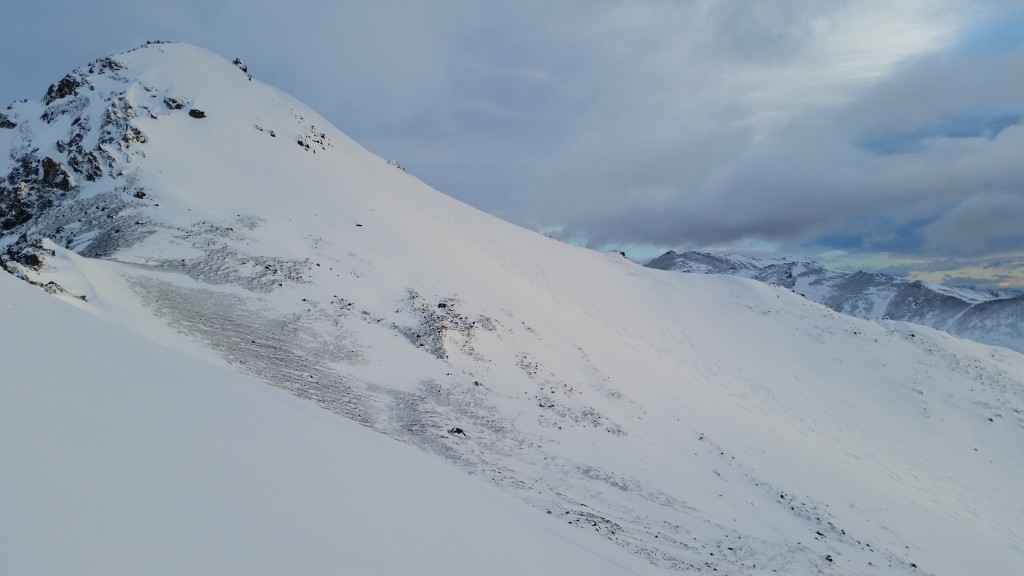 Peak 3. The big black rock on the left side, just right of ridge is where SB jumped. Pit was below and left. 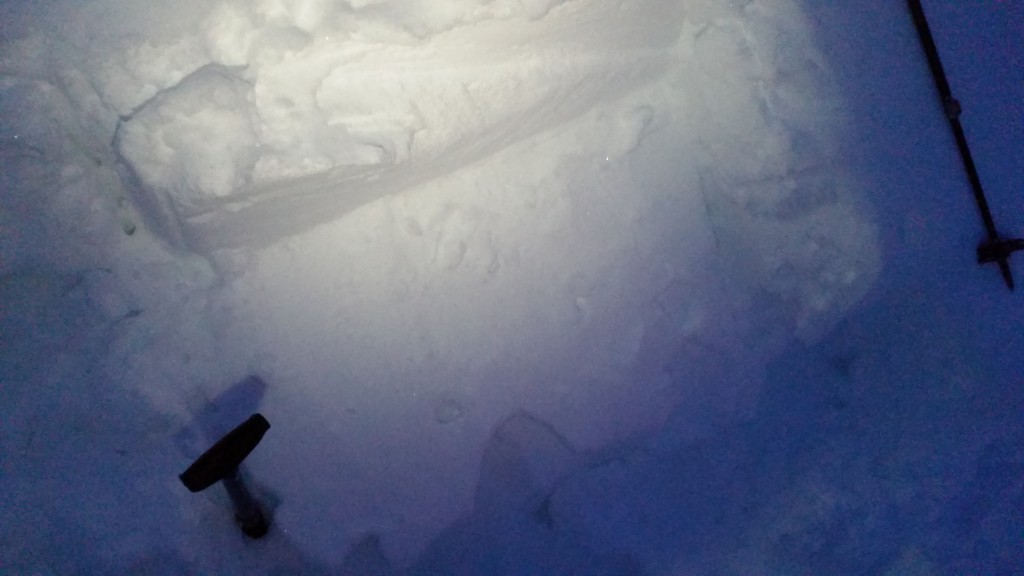 Snow Pit from above. The Q1 fracture (clean) looks not that clean in picture because I was messing with snow. 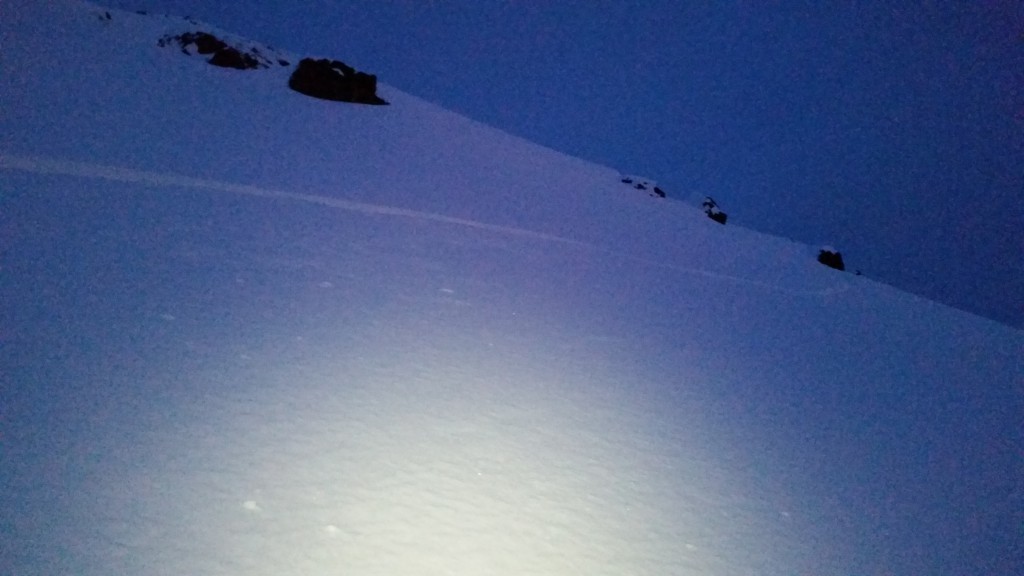 Big rock where the Snowboarder jumped to the right and then he made an "S" track towards me (snow pit location). 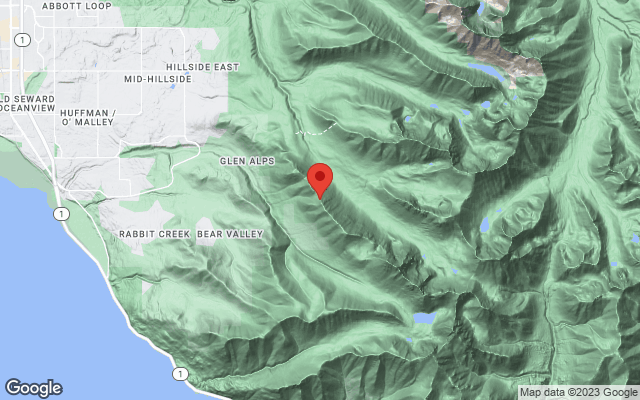