I went up to Peak 3 to see how Friday’s wind/snow effected the snowpack in the
front range. There was a solid wind slab on the surface pretty much the whole
way up, giving the snopack a very hollow feeling. The sun was heating up the
south facing slopes and there was a decent sized natural wet slide on the south
facing bowl off of Peak 2. It started near the top of the bowl at the base of
some rock bands and ran 2/3 of the way down.

I dug a pit at 3330 ft on a 32 degree, NW facing slope directly below the top
of Peak 3. On top, there was a 10cm, pen hardness, wind slab. Below that was
buried surface hoar which was on top of multiple 1F/4F layers of consolidaed
rounds. Stability tests revealed easy failures of the wind slab breaking on
top of the surface hoar. I could not get the slabs to propagate at all though.

Besides the slide on the south facing bowl, I did not see any other signs of
instability (no shooting cracks/collapsing). It seems the wind slab formed on
Friday is beginning to bond to the layers below it. I would stay off south
facing slopes during the afternoon and keep your eyes and ears open on the W-NW
facing wind loaded slopes. 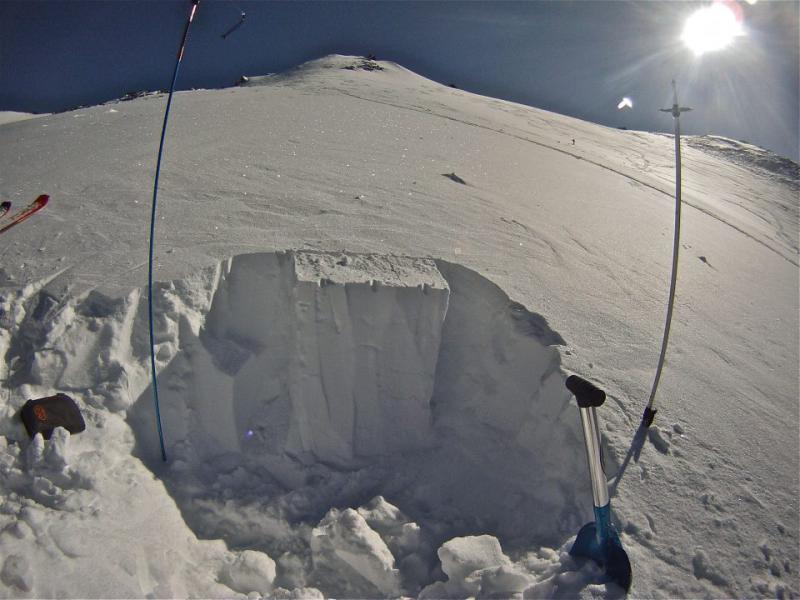 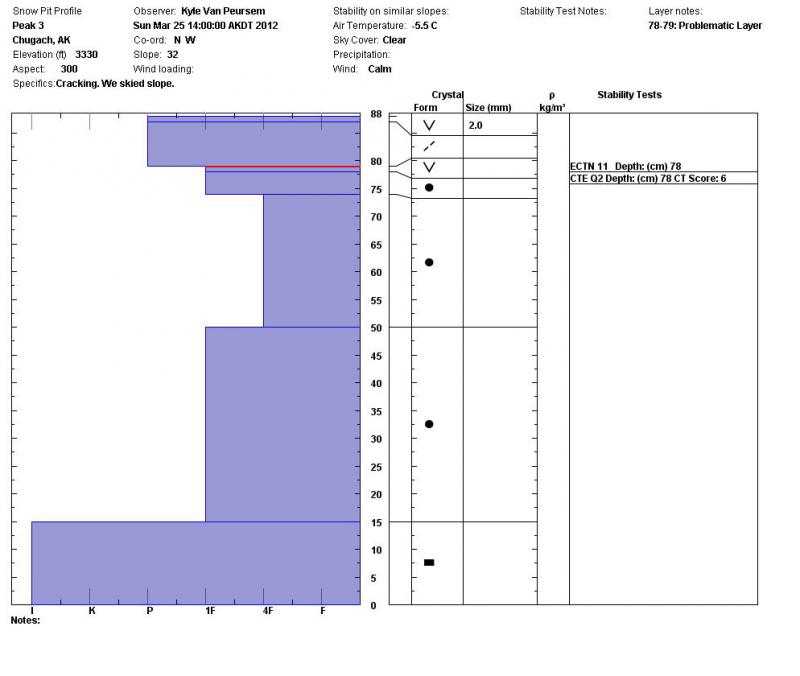 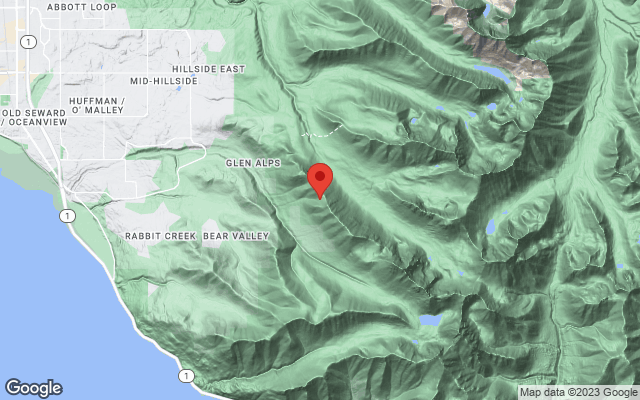