We took a skin track up the valley between peak two and peak there then skinned the track going the the south face of peak 2 until we got to the western ridge. We did not ski above the rocks at the top of the face.

We had skinned across the wind slab at the upper left of the south face, we planned to ski the middle of the south face where the snow looked to be less wind blown and more stable. Behind us our buddy Charlie strapped into his snowboard and planned to snowboard the same line to get to the middle of the valley. While he was traversing the same skin track that we had taken he triggered the avalanche, the crown broke about 30 feet above him from where he was located on the horizontal skin track going to the middle of the face. He was able to keep his board in front of him and stop himself before being swept into the middle of the avalanche run out. The avalanche ran about 300 feet and he was caught in it for about 200 feet. He was alright, a little banged up and very shaken. It was his first time in the backcountry.

Refer to the above description

There was no rescue. He was okay. We skied very carefully to him and were relieved and happy to find that he was okay. He was able to snowboard back to the car. 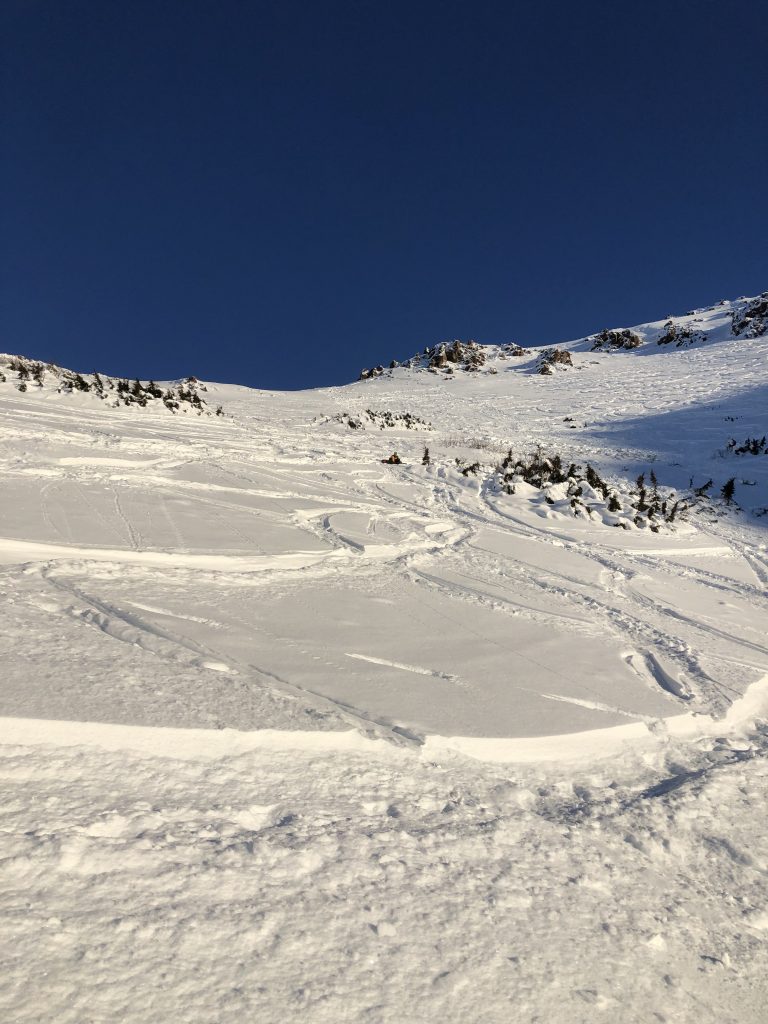 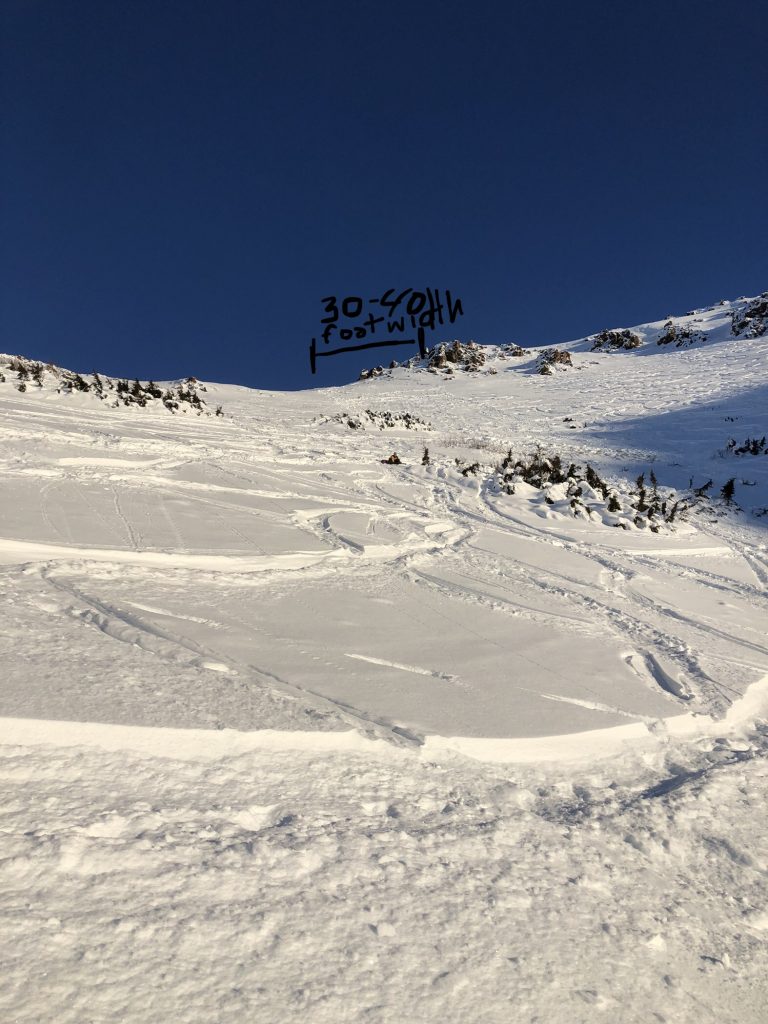 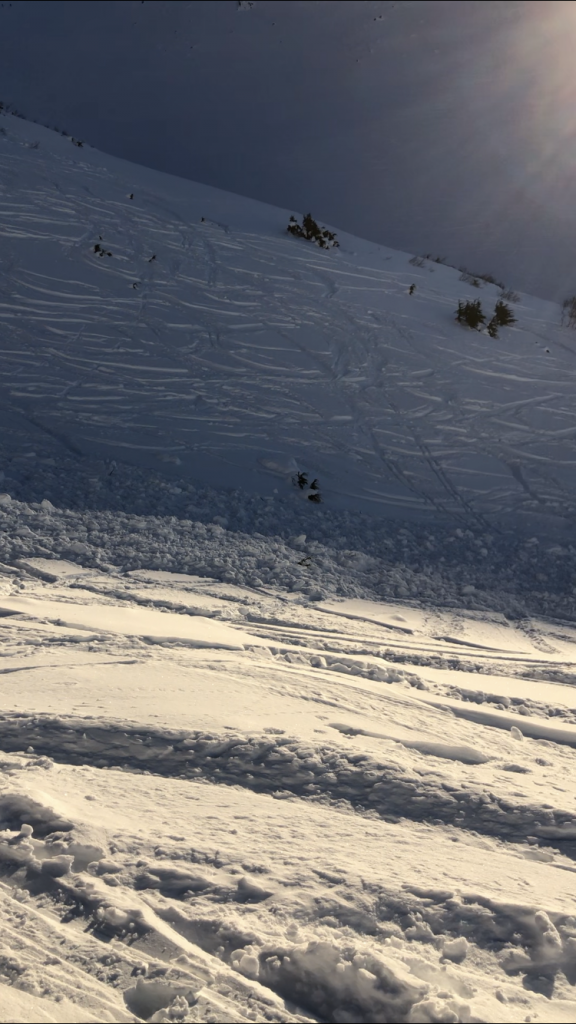 Avalanche ran out to about 2/3’s down the face. The depth of the avalanche pack snow once it settle was 3-4 feet 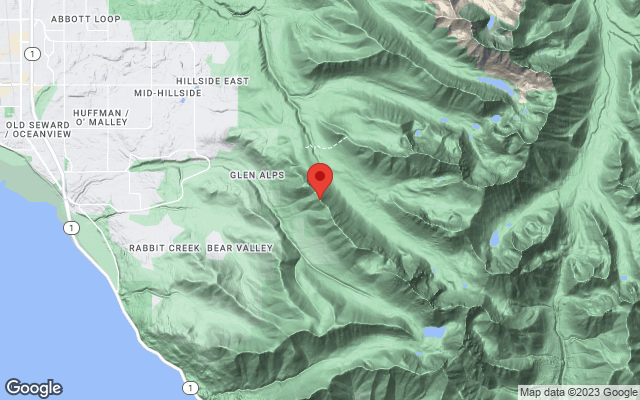