Route: Traveled from Canyon Road to the bowl between Peaks 2 and 3; went up the
gully between them until above alderline, and skinned up a wide, generally west
facing ridge to ~3200′

Snowpack: Observed 45cm of new, low density snow in a pit at 2800′; pit results
below. The route traveled saw a fairly consistent amount of new snow, on top of
a snowpack that varied greatly in total depth, depending on aspect and
elevation.

Instability: South winds were saltating snow above ~2500′, creating very
shallow wind slabs on NW aspects along the route. No obvious wind transport
seen on neighboring ridges, but suspect due to the semi wind sheltered route we
traveled that greater transport was occurring higher up. No sign of recent
avalanche activity. No cracking, whumphing, or collapsing observed, and no
sluffing occurred when skiing slopes up to ~36 degrees.

Pit results are below, showing decent bonding at the new snow/old snow
interface, with very rough ‘fractures’ occurring in stability tests. A small,
weak faceted layer sat 65 cm below the surface, with a slab above and a very
hard slab below. An extended column test revealed propagation potential
associated with a sudden collapse of this layer, but this failure only occurred
under hard pressure. Given the high spatial variability in the region,
extrapolating much from this pit seemed difficult. 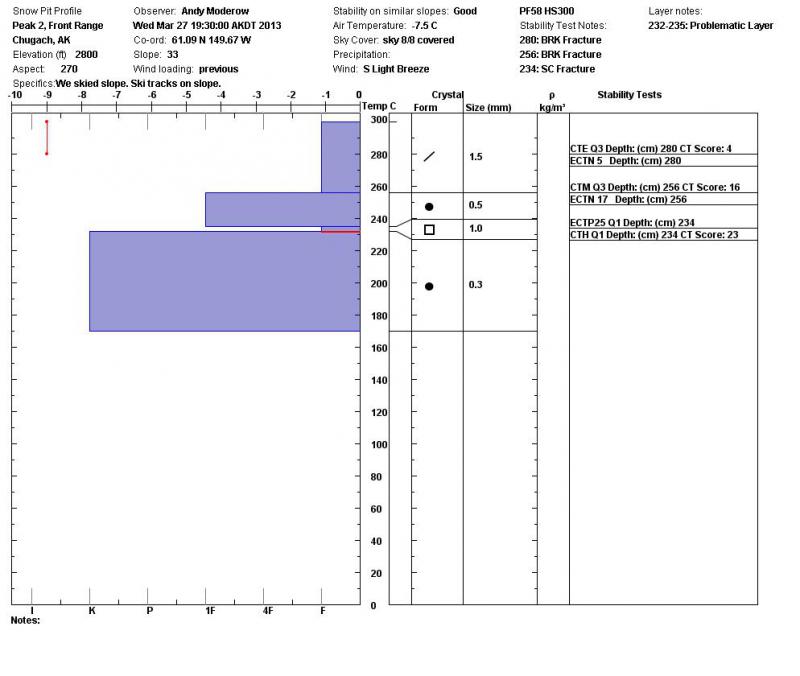 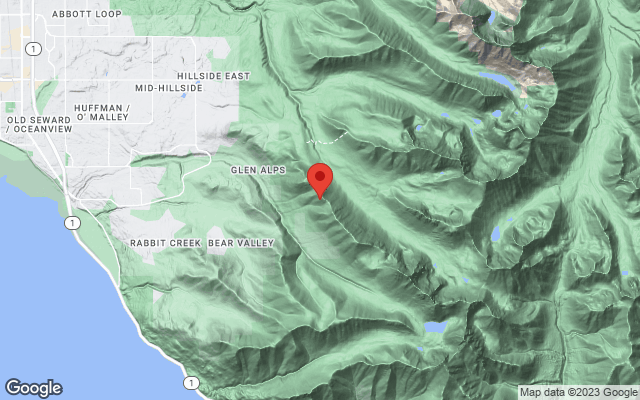