Weather:
The deep freeze has set in. Minus single digits from the parking lot to Pastoral
to Sunburst. The sun was out in full force but the westerly winds were relentless.

Red flags:
Wind loading. Winds were moving a lot of snow around and plumes were visible
throughout the day off peaks and ridgelines. Mainly from a westerly direction
(plumes to the east) but lots of variability with terrain channeling. However,
much of the wind blown snow seemed to get sublimated away in the dry clear air.
Wind slabs were fairly shallow in the one foot range or less.

Old avalanches. There were several older slab avalanches (likely from 1/23 – 1/24)
triggered by cornice falls. Photo of one on Kickstep Mt below. These were on all
aspects at the upper elevations.

Surface conditions:
Above 2000′: Variable wind affected snow. Boot top powder in sheltered locations
to hard wind affected snow on ridgelines.
Below 2000′: Supportable crust with a couple inches of low density snow that was
being blow around into shallow drifts.

First real sunny conditions for a long(ish) day out in the backcountry and it
seemed many folks were taking advantage of that! 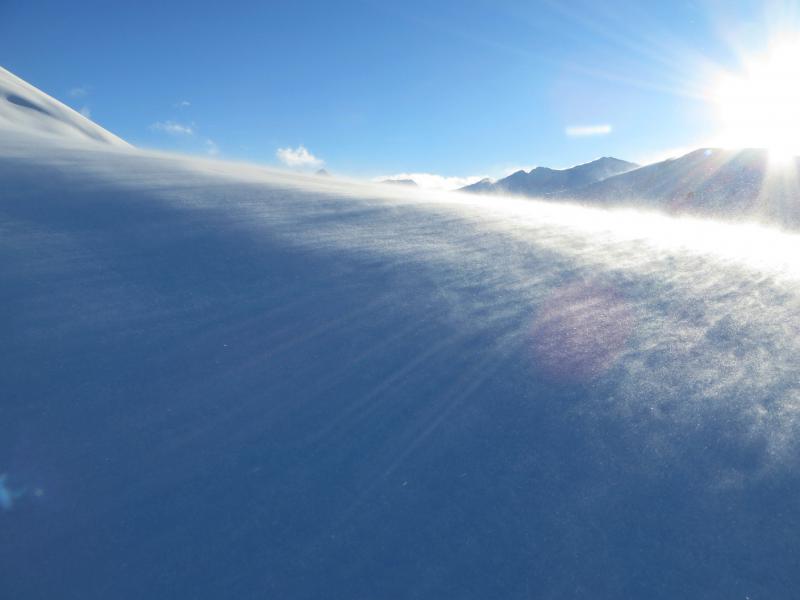 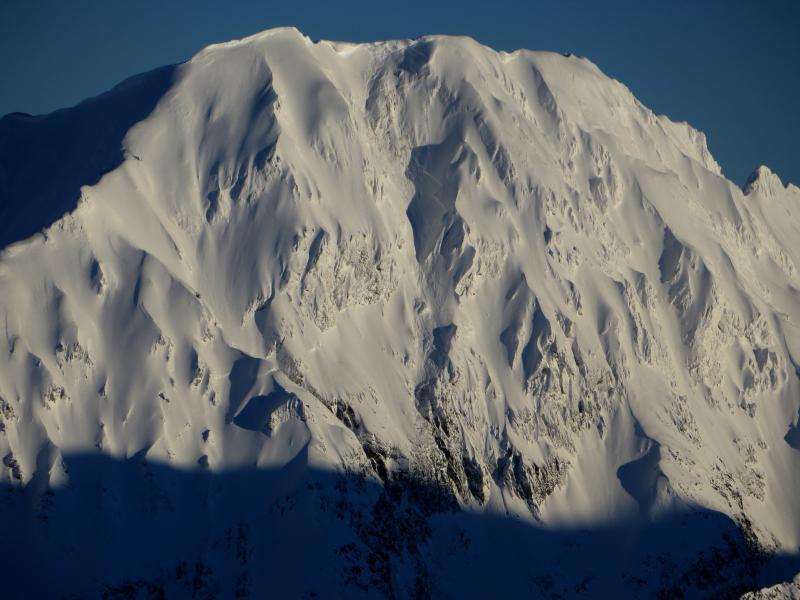 Suspect cornice fall triggered this large slab off of Kickstep Mountain (4500', SW facing). There are mulitiple crowns if you look closly (likely occurred 1/24) 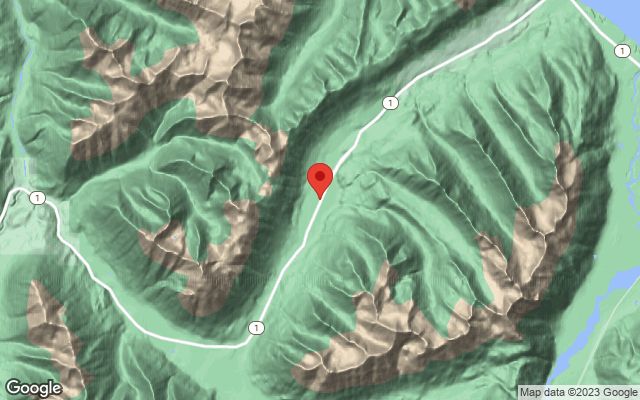