Ski toured to Pastoral from the Sunburst lot, up the valley between Sunburst & Magnum to Taylor pass. Plan was to ski on Pastoral Peak north faces. Passed lots of previous days avalanche activity on pretty much every south face as well as most SW faces. Arrived in the Pastoral bowl below the north face and the NE ridge approach. Skinned up to the ridge through the main bowl, and then boot packed the ridge as it was weather hammered. First ski was in the eastern of the two chutes, and the snow was protected and soft and a great ski. The second run we went across the top to the next chute to the west. More nice dry soft snow, with no signs of activity.

Skier 1 skied to our planned observation point, which apparently was a foot too far? Cracks shot out and the slide started from about 20 feet above the skier, catching and carrying skier 1. It broke uniformly at the same depth across the entire width of the chute at the top and swept down the entire slope. Second skier was about 10-15' back, not caught, and about 8 feet behind the closer edge. Upon looking at the slide area when things were settled, there was a hard layer of possible wind or sun affected surface that was covered by the 4-5 inches of dry. Something to certainly pay attention to.

Both planned ski runs were based on observations from below, with confirmations from the top of each run. First run amazingness may have made us a bit more relaxed than we should have been for run #2? And the aspect between the two chutes was only marginally different, and the slope may have been slightly steeper.

Skier was able to ski the first bit while riding the wave, and pulled avy bag cord. Took a single somersault, but skis stayed on. When skier regained balance on skis, the snow had mostly run passed and under the skier and skier was able to come to a stop. Which all took about 5-7 seconds. After skier arrest, we moved to safe places and skier two skied through debris to skier one to assess. No injuries or broken equipment, so we skied down the the slope out of the avalanche zone. All in all, best case scenario for us.

Only recent avalanches were along the way on south and west facing slopes of Sunburst, Magnum & Pastoral. Nothing at all on the north face of Pastoral when we arrived.

Blue bird sunny day, felt like 80, probably around 60... in shorts and sleeveless shirts for the skinning up.

We'd say settled powder that was protected and still a soft 4-5 inches.

No formal testing... did some ski cuts and pole depth tests. 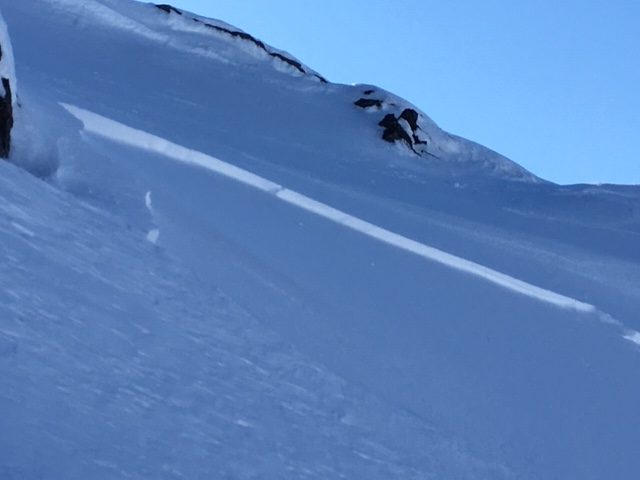 Pic of the top crown, which was about 20 feet above where the skier triggered. 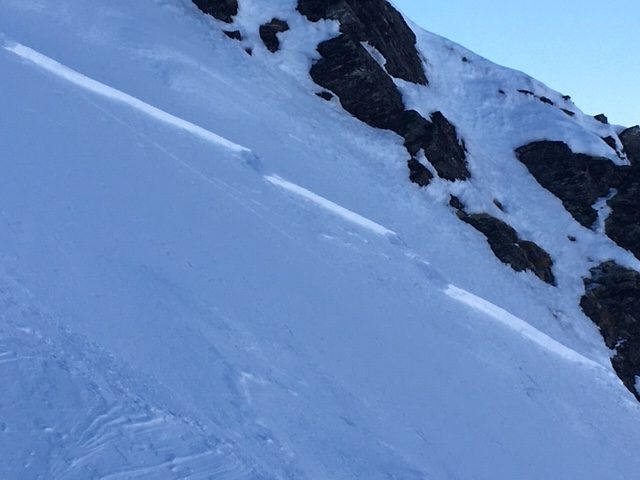 Side crown across the slope directly from where skier triggered, about 40-50 feet across. 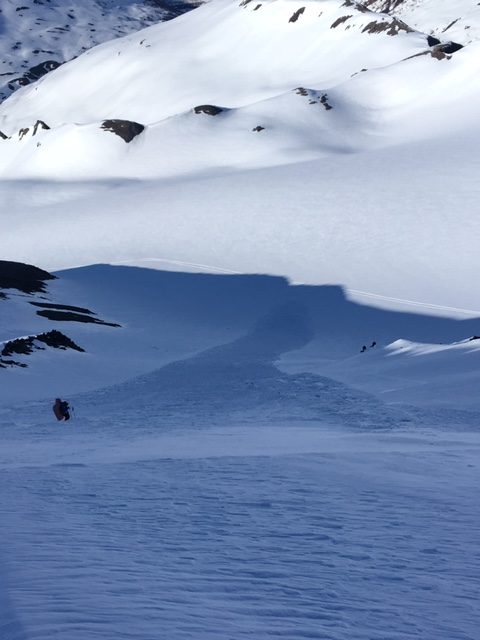 Skier standing in their stopping spot. 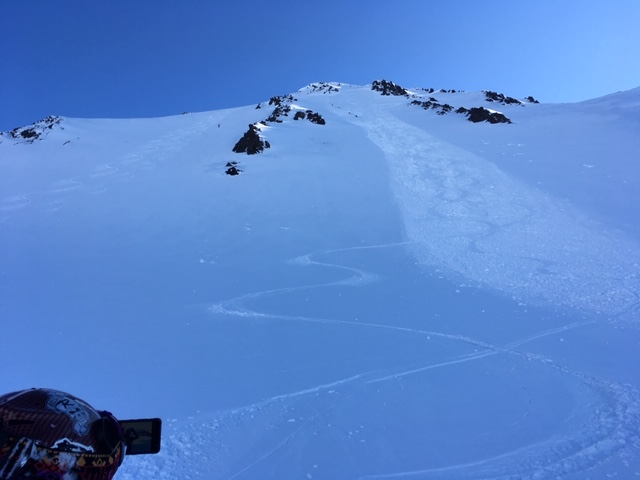 View from below, avalanche on right side of pic, run 1 on left side. 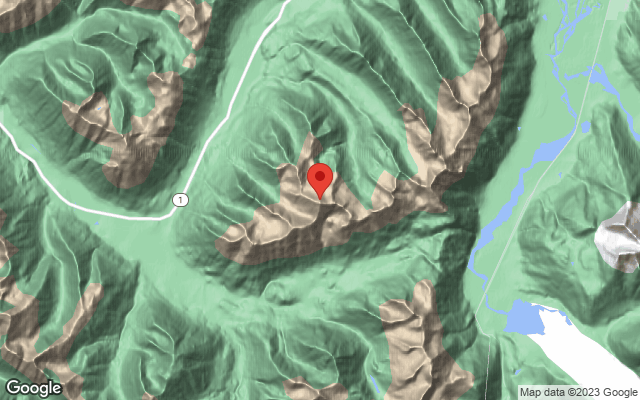