Up Taylor Creek to the pass, then standard route to the summit of Pastoral. Descended one of the broad NE facing chutes. Continued up Sunburst once back on Taylor Pass and skied the south face. Glide cracks affecting the greater Turnagain area

Coldish temps but not too bad.
Humid air, evident from fog, new surface hoar, and active riming up high.
Clear skies in the morning, with patches of valley fog, then a thin layer of cumulostratus clouds moving in from the WSW a little after noon, shrouding upper pastoral but with a window short window of time where the summit was just barely above the clouds. Cloud cover kept the light flat for the afternoon.
S-1 precip in the afternoon
Moderate winds along the ridge lines coming from W-SW directions. Hardly any wind near the Sunburst wx station (around 3:30pm), but picked up once continuing along the ridgeline.

The full gamut.
Widespread surface hoar, very small at most elevations, but an estimated 4-6mm near the summit of Pastoral, growing with elevation. Observed a small gust of wind actively knock away the crystals.
Lightly wind affected soft snow in most places, soft cold snow in protected places, and windboard near ridgelines.

Ski pole probing gave the feeling of a right side up snowpack.
Hand pit just below Taylor pass sheared with hard force ~6in down on what seemed to be just an interface between two wind packed layers
Hand pit near the base of pastoral sheared with moderate/hard force ~10in down on a density change between soft snow and stiffer snow. 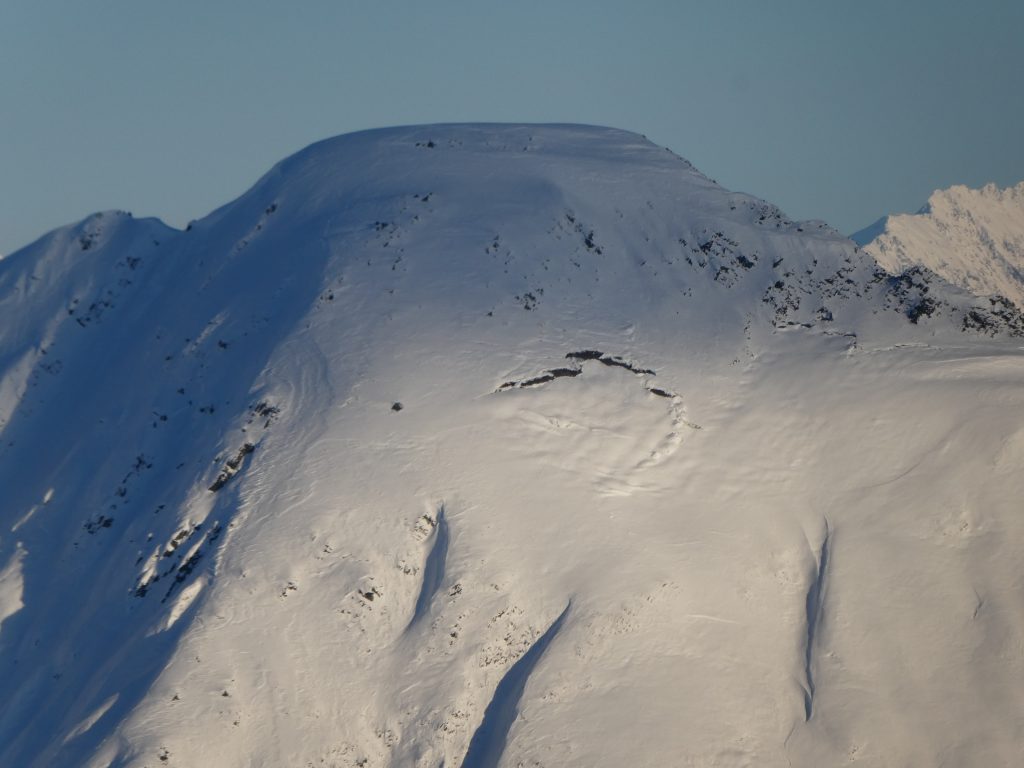 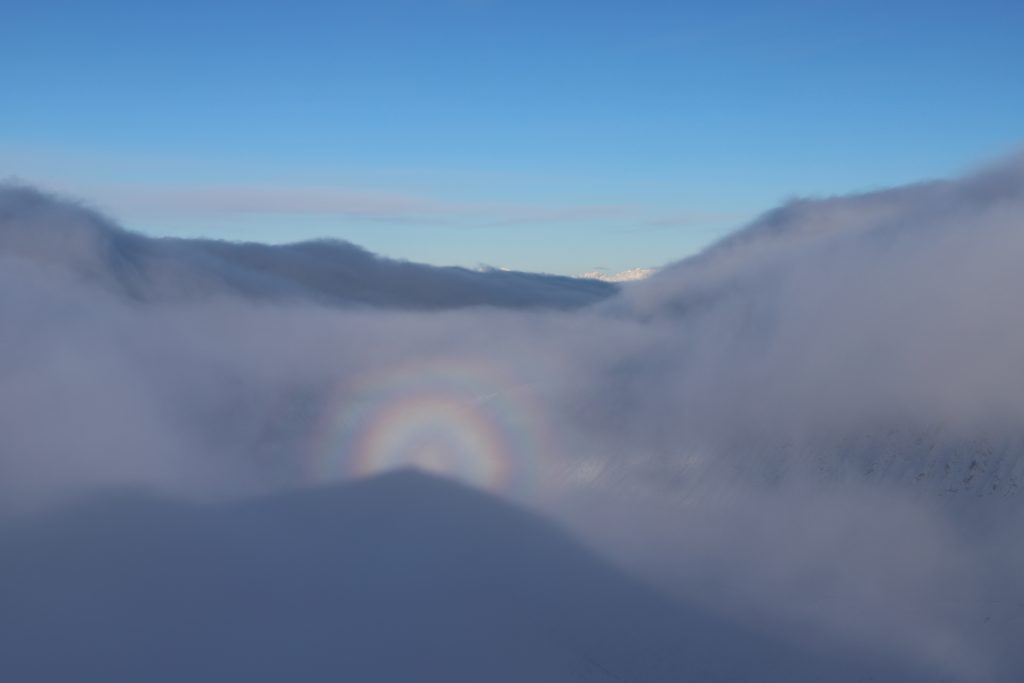 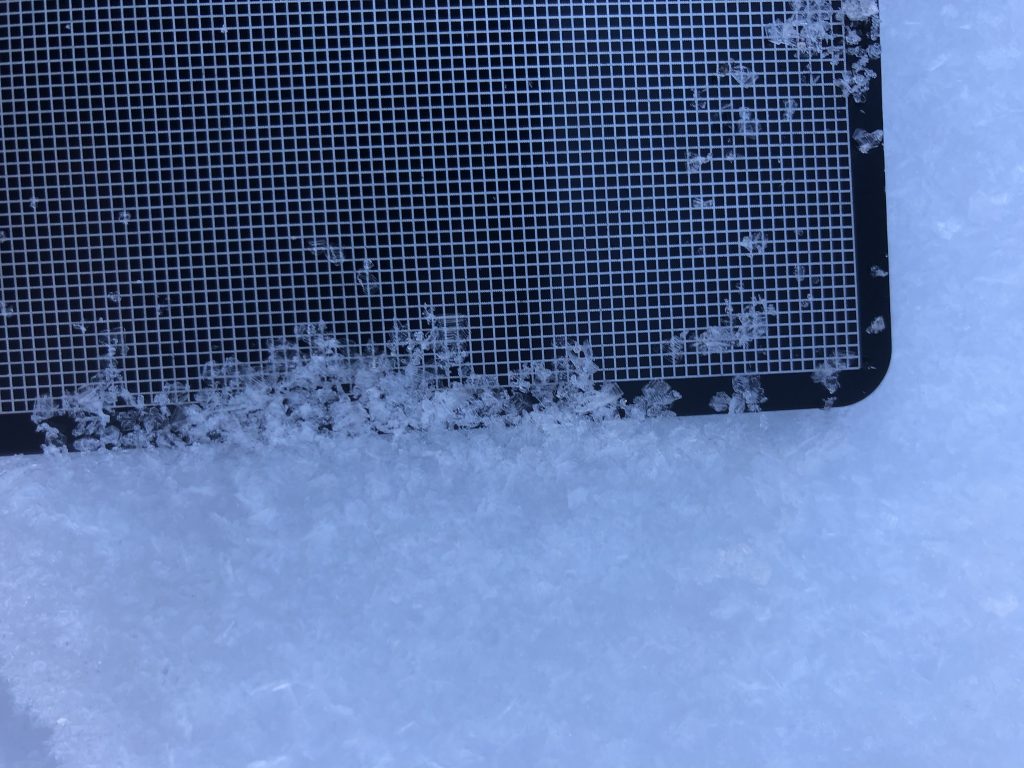 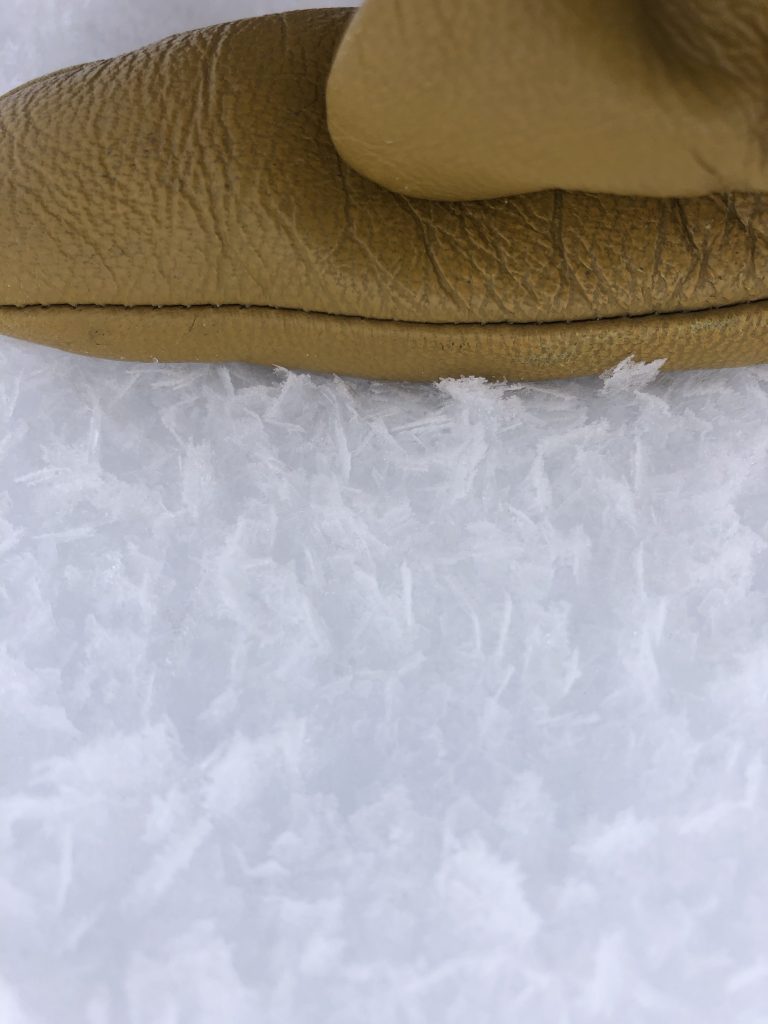 Large surface hoar just below the summit of Pastoral 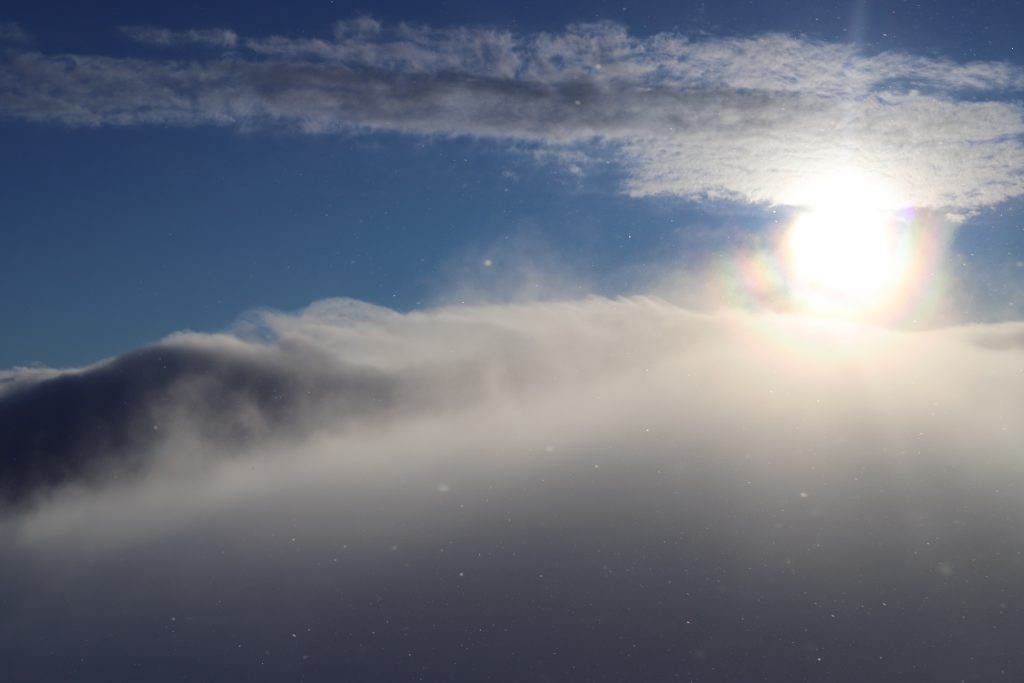 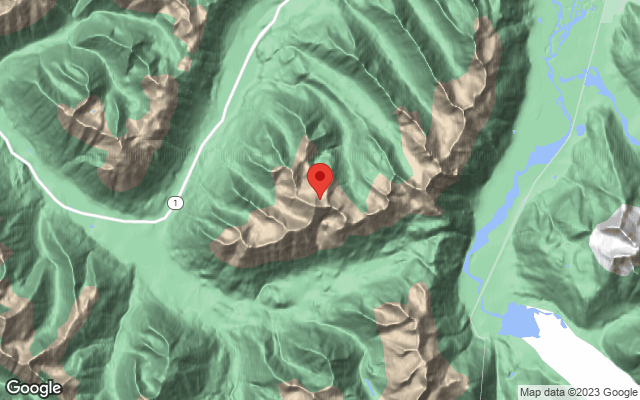