Toured up Taylor Pass to Pastoral. Not one square inch of powder, but a great day to be out nonetheless. Almost spring-like temperatures up high!

None. Very poor structure exists everywhere, but was particularly notable on the SE aspect of Taylor Pass. I think it's notable that the N aspect of Pastoral did not appear to have slid, nor did Granddaddy or the visible sections of the north face of Lipps

Winds calm on valley bottoms, moderate on ridgetops from the N-NW. Profound inversion. I think I may have seen a cloud!

Sastrugi, supportable, breakable crust, slide for life wind board - if the wind can make it, we found it. One thing to note was fairly well distributed grains of shale and dirt covering the Pastoral Glacier; an indication of how strong the winds must've gotten back there recently. Remarkably variable depth. The SE face of Pastoral was stripped bare on its upper third.

Dug a pit on the Pastoral summit ridge: HS=190CM, Pit Depth = 100CM, ~4500 ft, NNE Aspect, 29* Slope, CTN, ECTX. Pencil hard wind slabs top to bottom, difficult to discern between different layers. While this area was clearly wind affected due to its proximity to the ridgeline, I believe this pit was still decently representative of NE aspects on a localized slope scale.

Poor structure on the SE aspect of Taylor Pass / Goldpan "Peak". Variable, either slide-for-life supportable or breakable with boot pen to the knee. Obvious 5+" layer of facets underneath. 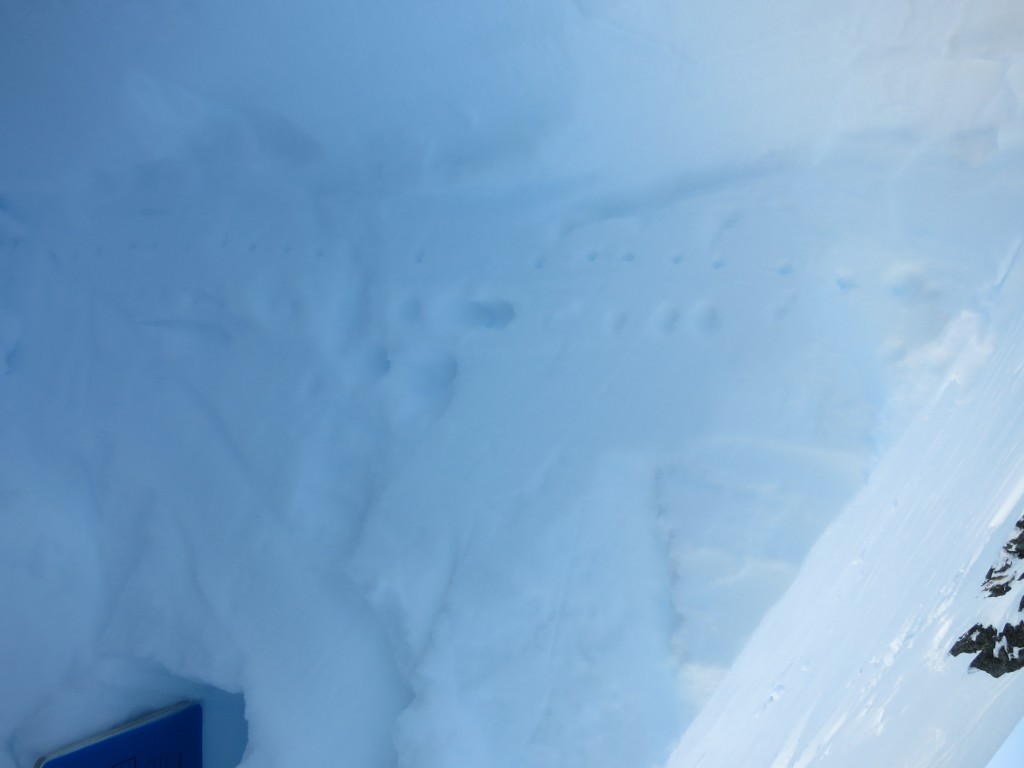 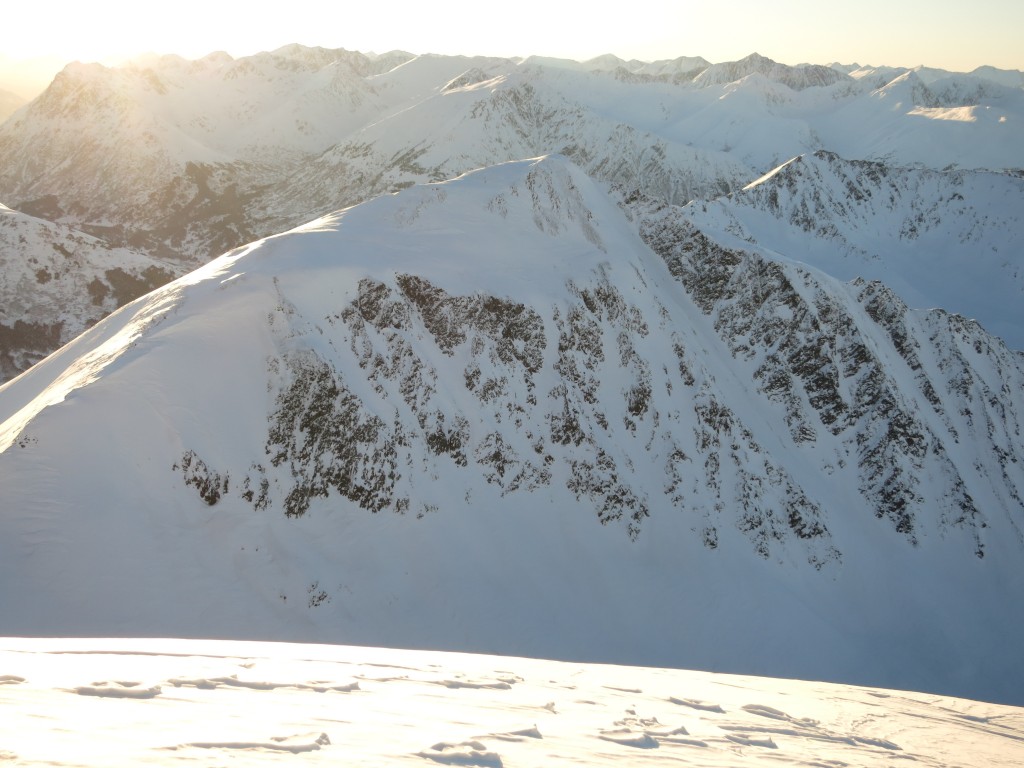 Granddaddy - Didn't appear to have slid 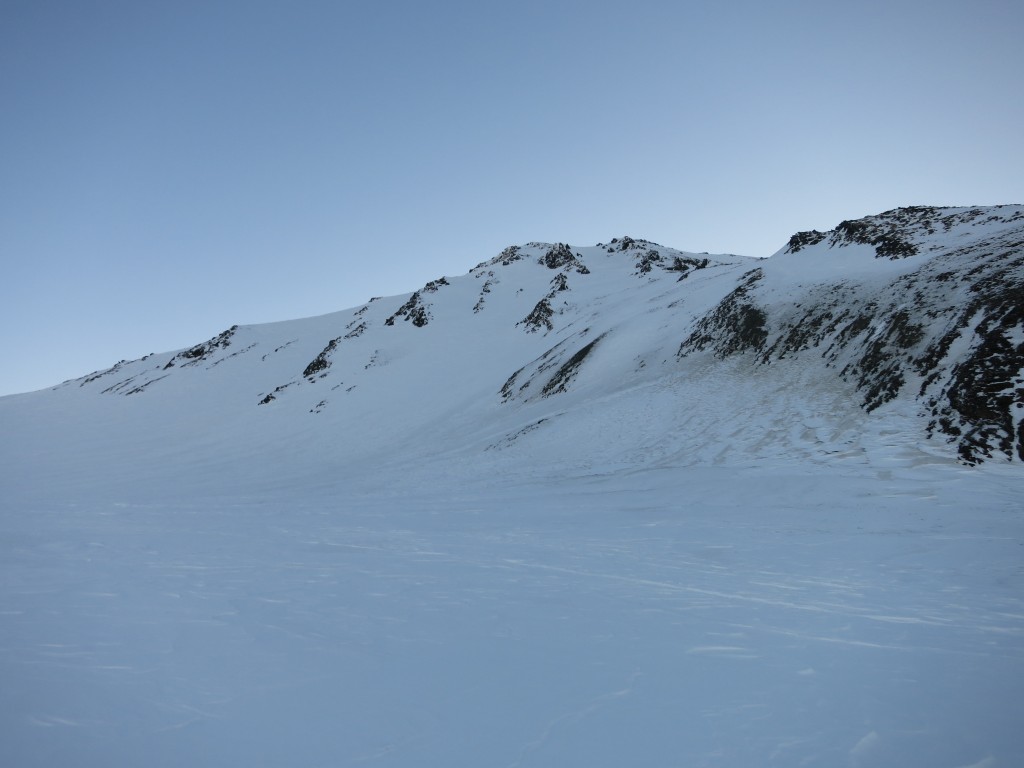 N Face of Pastoral. Didn't appear to have slid. Note distribution of dirt and shale. 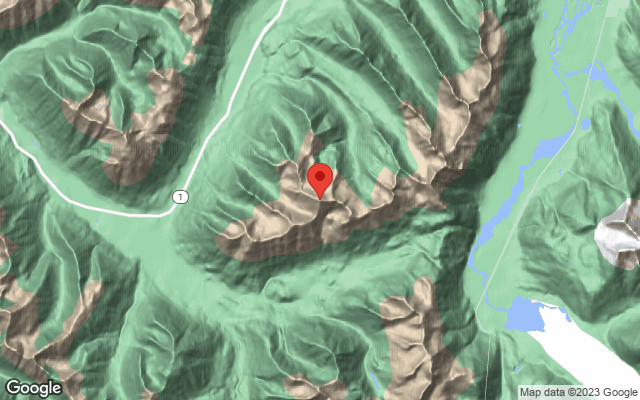