Pastoral via Taylor Pass; stopping at the base of the final peak approach and back via the skin track

Zero in the lot, warming to the teens up high. Clear skies, generally light variable winds depending on the terrain, except constant light winds gusting moderate from the North on the Pastoral ridge.

Surface hoar 4-6mm in size down low on the route, getting smaller with elevation to Taylor Pass. Beyond Taylor Pass, 1-2mm surface hoar was occasionally present on the snow surface.

Probing revealed a snow depth generally between 160 - 180 cm on the glacier right below the final Pastoral ridge line, between 4300-4400' in elevation. Dug a pit in a shallow, semi wind protected area 100 yards off the ridge: 4350', NW aspect, 32 degree slope, Height of Snow = 130cm. CTN, CT27 RP down 20cm in a slight density change. See below for pit structure; right side up snowpack, with 2 slight density changes in the top 40cm, followed by pencil hard rounds to the ground. No evidence of the buried surface hoar in this pit, or in pit results; however, the Buried Surface Hoar was present in a quick dig near 3500' heading back towards Taylor Pass. 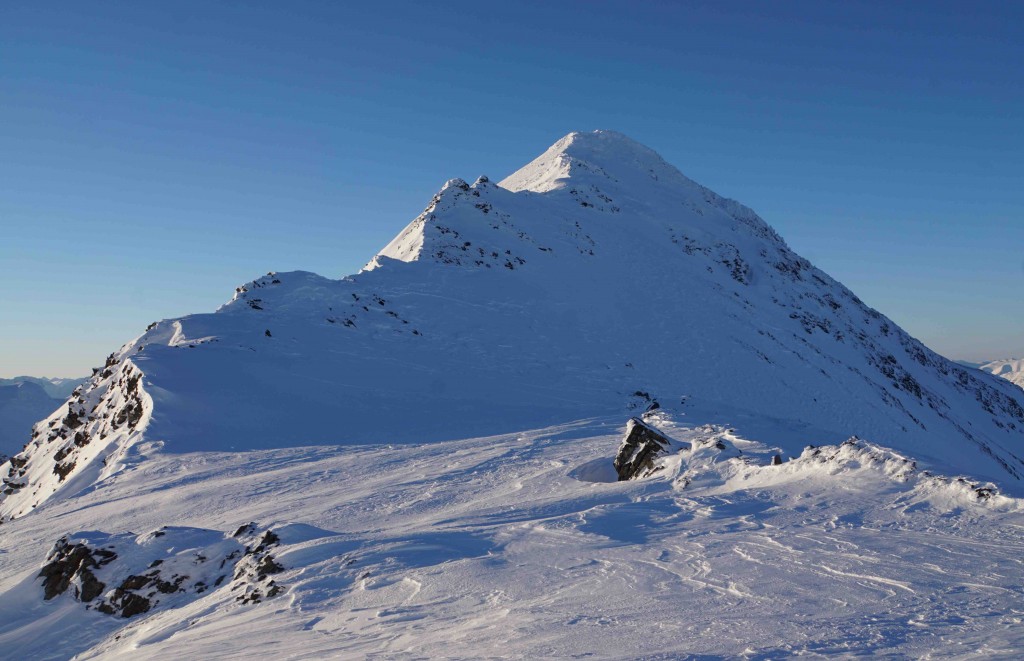 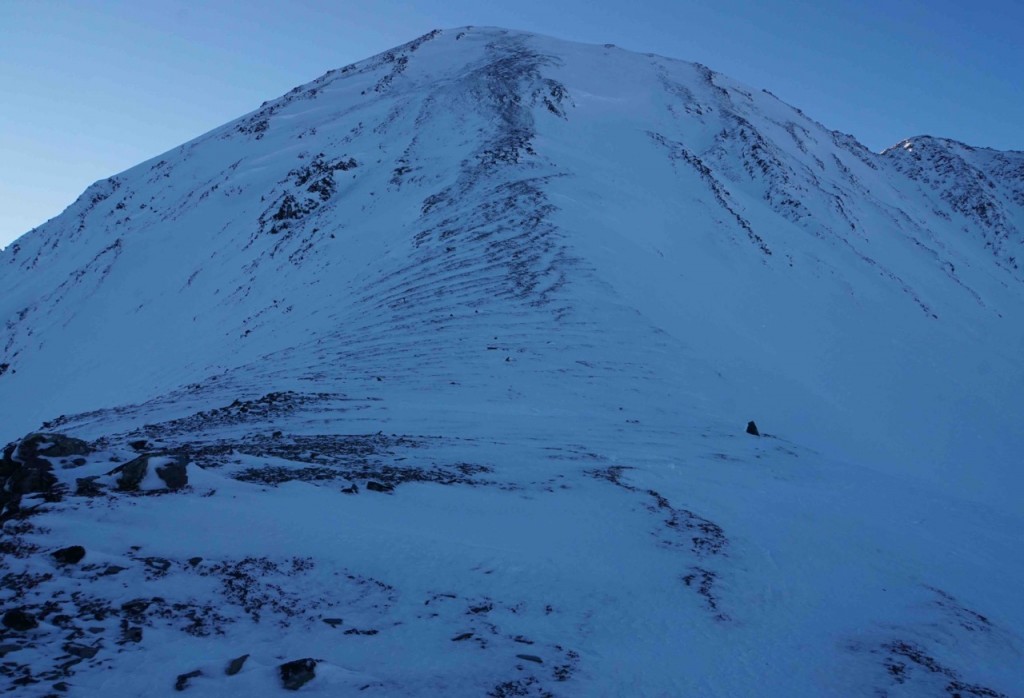 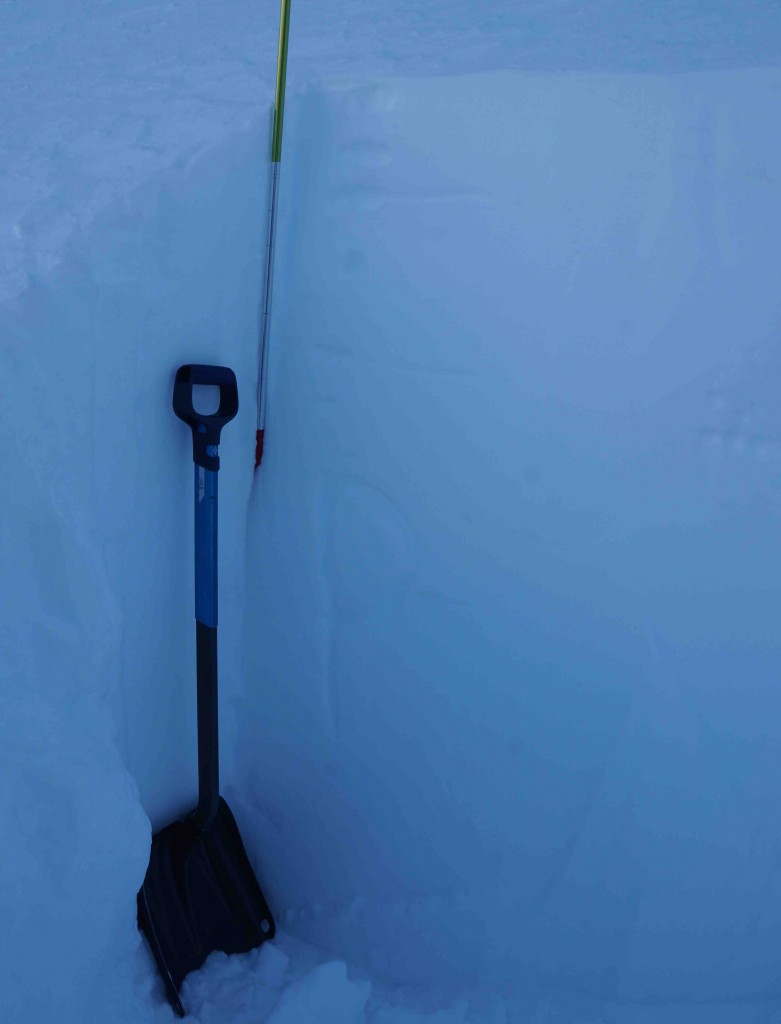 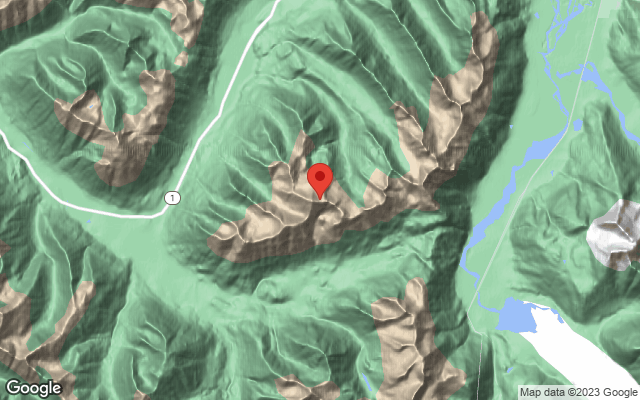