Taylor Pass to Pastoral. Variable surfaces due to recent winds, with some soft snow, some rime, and some firm wind slabs. We dug pits at 1780′ and 4275′, and found layers of buried facets 1-1.5′ deep, but no surface hoar. The wind slabs from earlier this week were stubborn, with little activity on test slopes, and no propagation in stability tests.

Mostly sunny skies, with calm winds and air temps in the high teens F at 4000'. There were some thin high altitude clouds that stuck around for most of the day, and the valley fog was up to around 2000' until the afternoon.

Variable. There were clear signs of wind transport on most slopes, with rippled surfaces visible from long distances. Some protected areas had 2-4" soft snow on the surface, which was sitting on pencil-hard wind slabs. Other slopes had very firm surfaces, some of which were covered in rime. We noticed a fresh round of surface hoar growing from around 1500' to 3000'.

We were able to find two layers of buried facets in the upper 2' of the pack. Neither layer seemed particularly reactive (test results below). Recent wind slabs were stubborn as well, with barely any results on test slopes and no propagating results in the snowpits.

Pit 2: NW aspect, 4275', total depth greater than 380 cm (we couldn't find the bottom!)
ECTN 21 on a layer of rounding facets buried about 12" deep. ECTP 32 (a few stout bonus taps) on the same layer.
Rime crust buried 18" deep did not do anything in stability tests, but was easy to pick out in the pit wall. 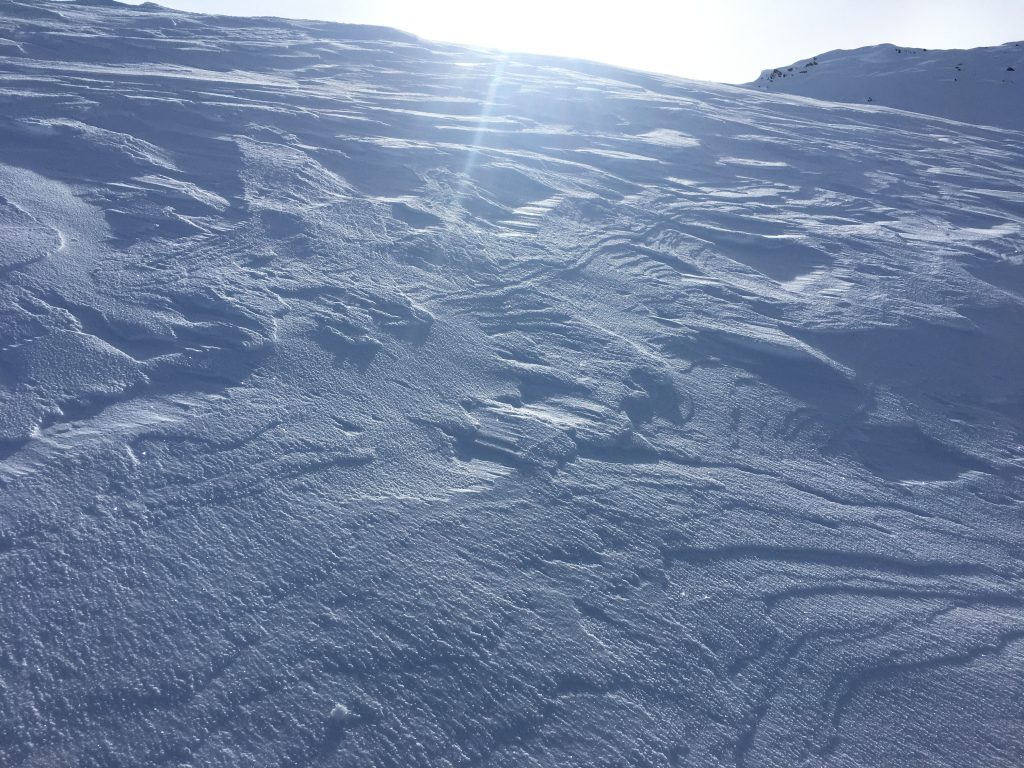 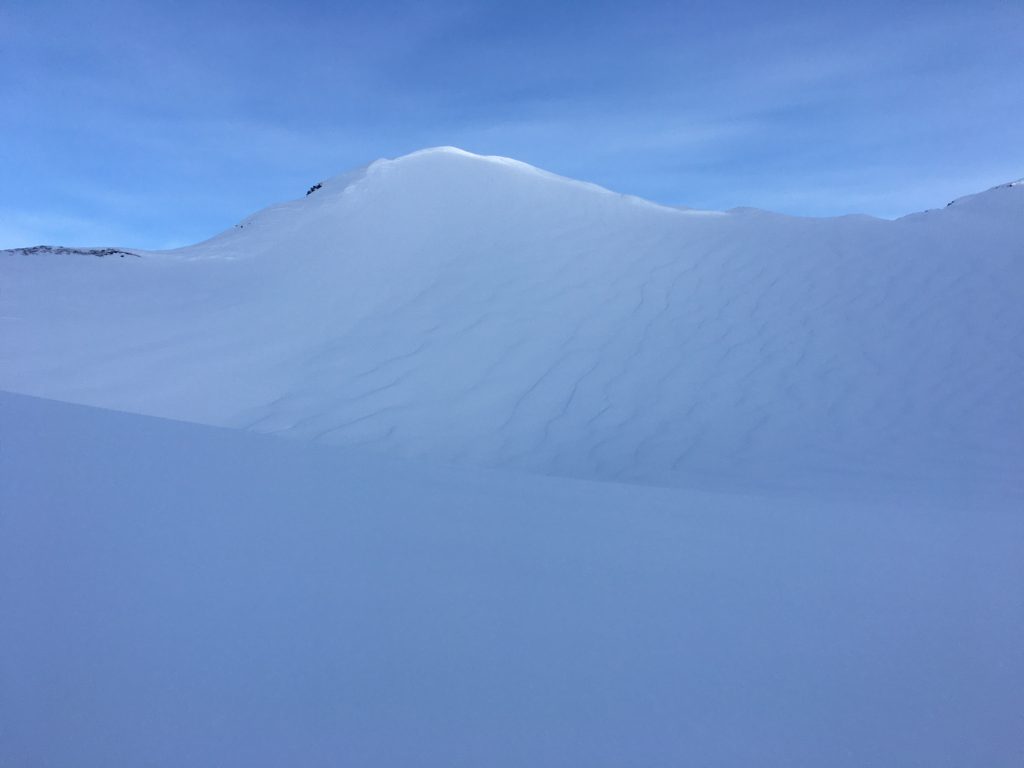 Rippled wind textures in the distance, likely formed over the weekend. 03.02.2021 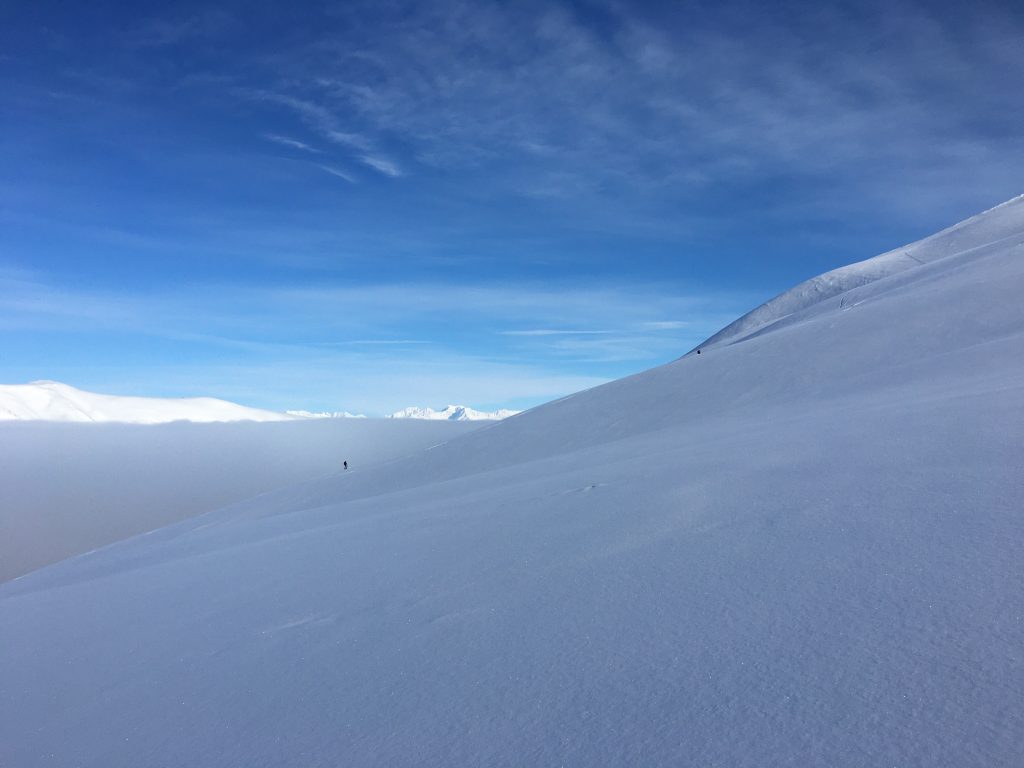 Another group skinning up Sunburst with the valley fog in the background. 03.02.2021 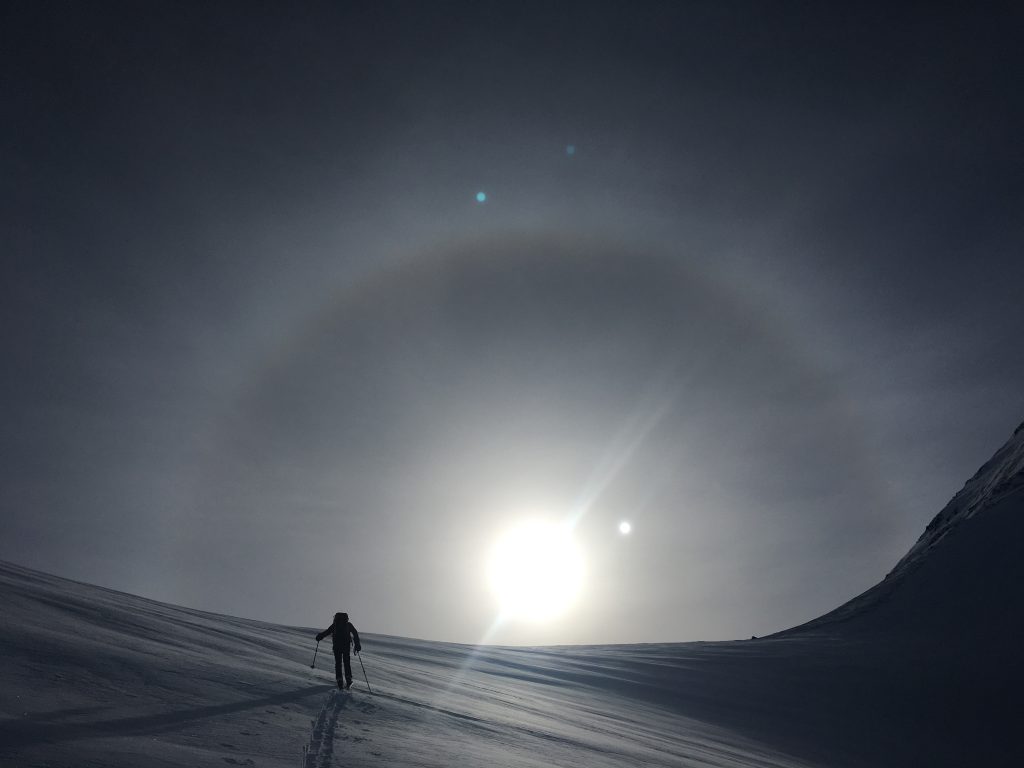 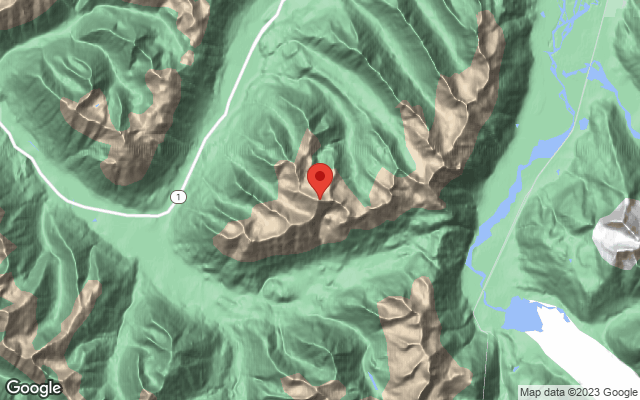