Taylor Pass to the base of Pastoral, and then up to the point just east of the peak, at an elevation of 4250′.

Observed the skier triggered avalanche from the day prior, as reported on November 4. No other new avalanches from the weekend were observed.

There were a variety of slabs that appeared to have released both during and after last Monday's snow event, but all were small in size (~D1). While Sunburst only had one small crown - which originated in a gully - the north aspect of Magnum had numerous mid to upper elevation crowns, where occasionally the slab had broken below the top of the path.

Clear, calm, and temps in the mid-teens through mid-20s.

Surface hoar present over the entire route - well developed (1cm+) at road level, decreasing in size as reported in snowpack summary below, but still even present (1-2mm) on glacier below Pastoral. In many areas above treeline, this surface hoar was sitting on a wind hardened surface.

Across the entire route, 8-12" of snow that fell early last week was faceting in wind protected areas and below alderline (~2200'). Above alderline, winds from the past week have left a majority of the snow cover wind affected, leaving thin wind skins through isolated 12" slabs over the faceting snow described above.

The entire snowpack this winter was the surface conditions described above until ~2700' on our route.

From 2700' to Taylor Pass, pockets of knife hard, frozen melt freeze layers were present under the faceting snow. This ice hard layer was present consistently from 3000' - 4000' along the route except in the most wind prone areas, and it was very slick, with no bonding to the new snow from last week. Above 4000', this layer from this year's winter softened to 1 finger hard, rounded snow grains. Probing on the glacier above 4000', we found no more than 24" of snow from this season.

Quick wind slab blocks cut with ski poles would fail on isolation or with very little force, but no cracking or collapsing observed throughout the day. 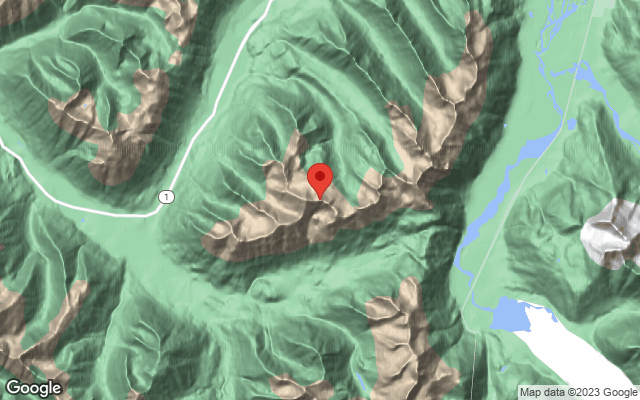