Slope was a West to Northwest facing aspect. This itself caused it to be one of the windloaded
aspects due to the easterly winds mentioned in the advisories. Avy was a soft slab with some harder
wind slab snow involved. Crown was 1200′-1500′ long and varied from 4′-12′ deep from new storm
snow or heavily loaded portions below the cornices. On several other slopes no whomping,
collapsing or even cracks were observed. Any other avalanches in the valley were small and
isolated. Crack observed on hill that slide that still had not broken off. 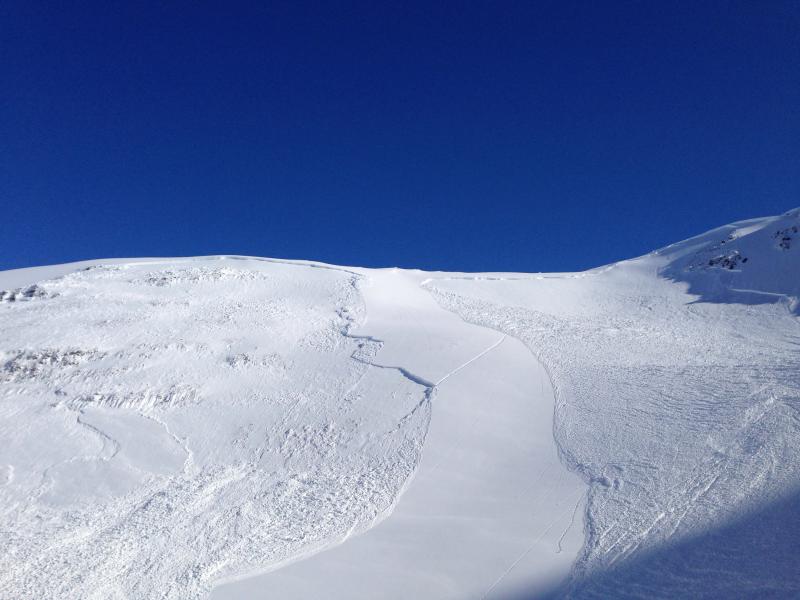 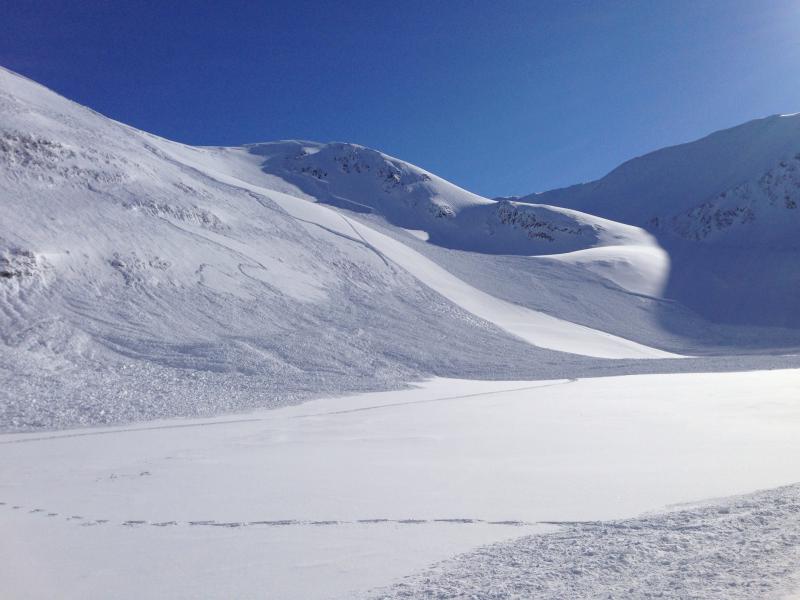 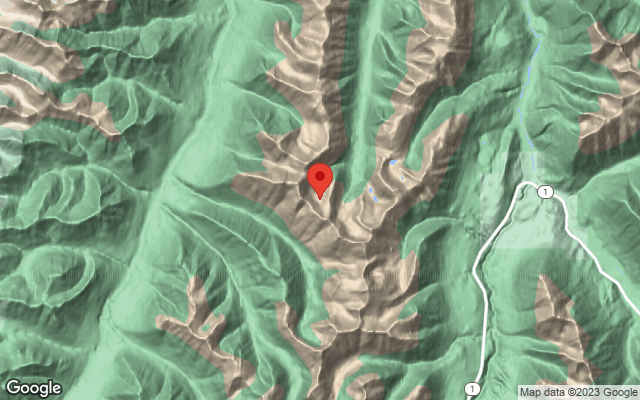