CNFAIC staff rode up the Palmer Creek drainage today to take a look at the snowmachine triggered avalanche from Saturday March 15th as well as the snow/avalanche conditions.

We were only able to look at the weak layer/bed surface from lower on the slope on the far looker’s right flank. Surprisingly, the failure point appeared to be weak snow on top of the January melt-freeze layer (as opposed to the weak snow on top of the late Feb crust that we have been seeing). The February snow was a 4 inch “crust/facet sandwich” that was attached to the slab. It is unclear if this was the case higher on the slope.

Today’s obs:
Weather – sunny, temps in the upper teens and a light breeze from the north higher in the basin.

Signs of instability – none (no recent avalanches, cracking or collapsing)

Snowpack obs – thin, 0-5′ of total snow depth, more in wind loaded areas. The March snow was very wind affected and is roughly 1-4′ deep and right-side-up (4F to pencil hard). At the upper elevations the March snow sites on a variety of crusts with weak snow between. 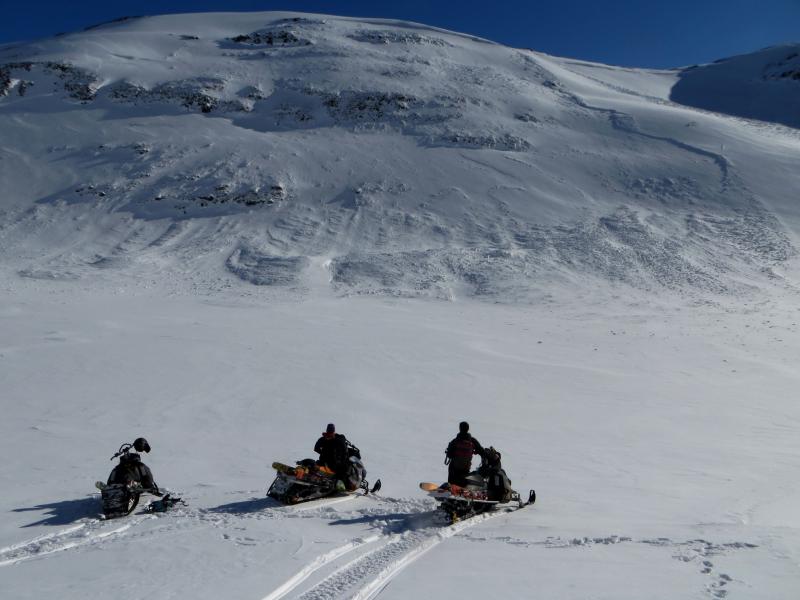 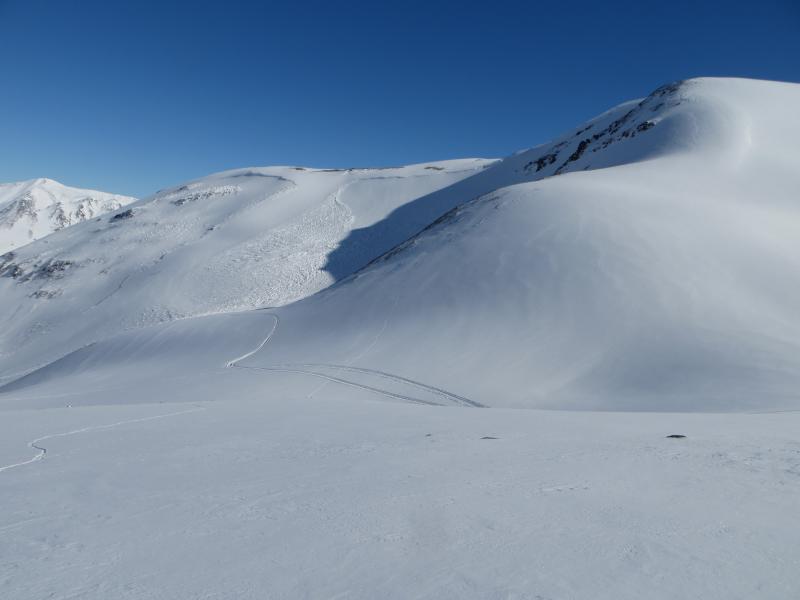 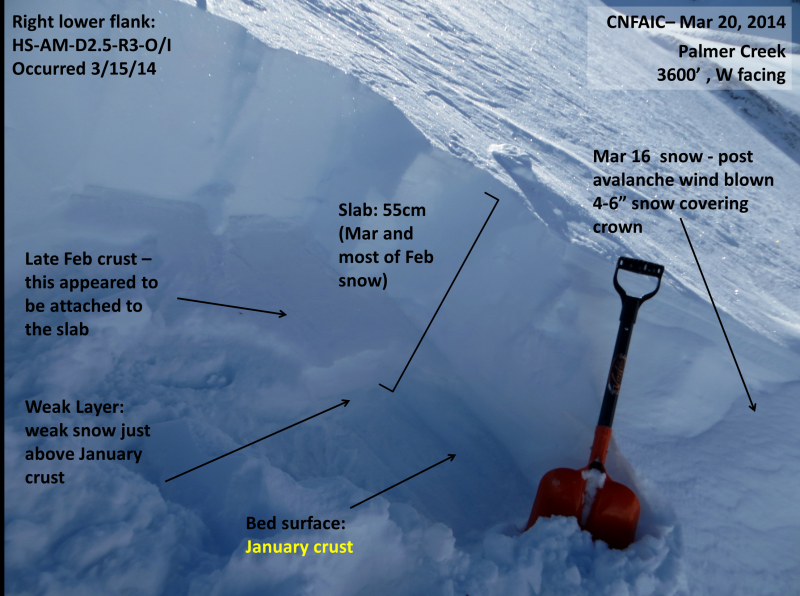 A profile from the lower right flank - poor photo as I exposed the February crust layers that turned out to be part of the slab. 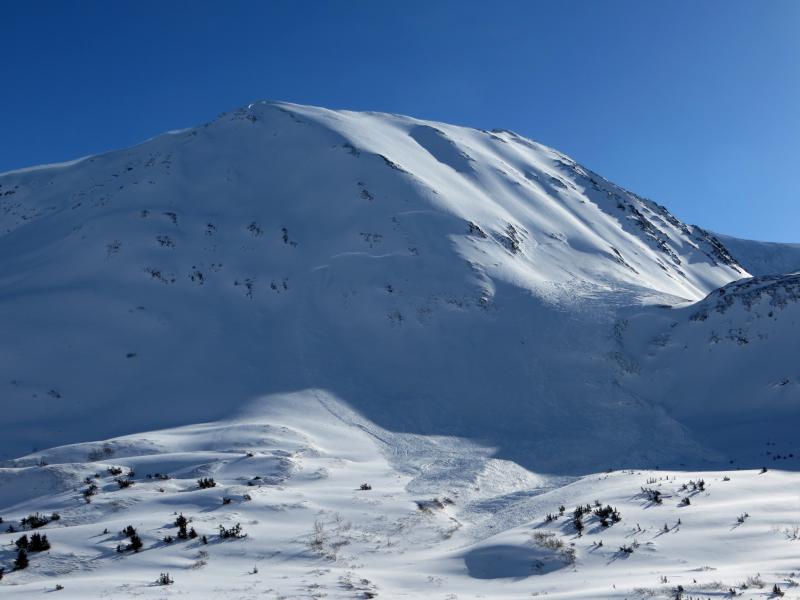 This is a natural that occurred mid/tail end of storm. Likely between 3/12-13. 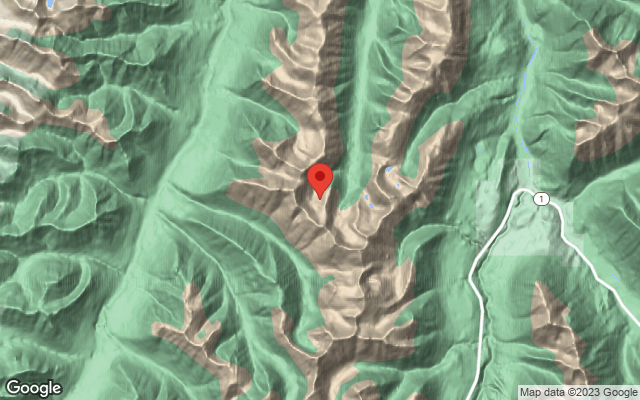