We rode in from Hope to check out conditions in the Palmer Creek drainage. There were firm sun crusts on the south half of the compass, with dry snow under the crusts. All aspects had some kind of wind effect, with recent loading and avalanches on north, east, and west aspects. We made it up to a little higher than 4000′, stopping to dig a pit on a slope adjacent to a very recent natural avalanche on a N aspect at just over 3200′.

The avalanche looked to be less than a day old, on a wind-loaded slope. We dug a pit on a similar slope just below the avalanche and found a wind slab sitting on top of a layer of stellars. The runout was an abrupt transition to a flat slope, with debris piled up around 6' deep.
We saw a similar avalanche in an adjacent bowl on a similar terrain feature.

I noticed some shooting cracks when I was making a tight turn on a low-angle slope that had been recently wind-loaded.

Clear skies, with temperatures in the mid 20's to low 30's F on the road, and estimating they were in the upper teens to 20 F at higher elevations. Winds were light out of the north below about 3000', with strong westerly winds near ridgetops all day.

Anything on the south half of the compass had a sun crust, all the way up to our high point at 4000'. Northerly aspects still had dry snow, with some soft pockets out there but most of it had either been scoured or loaded by winds.

We saw multiple recent (past 24 hours) wind slab avalanches, as well as some wet loose activity.

Recent avalanches and ongoing wind-loading through the day kept us conservative with our terrain choices today. 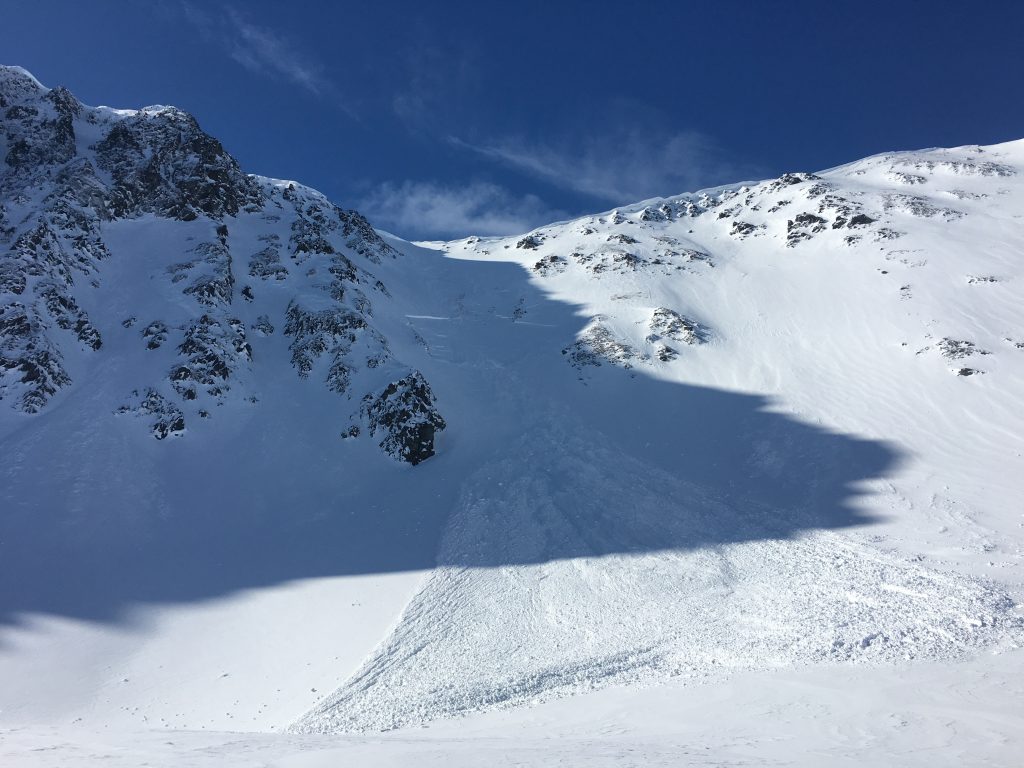 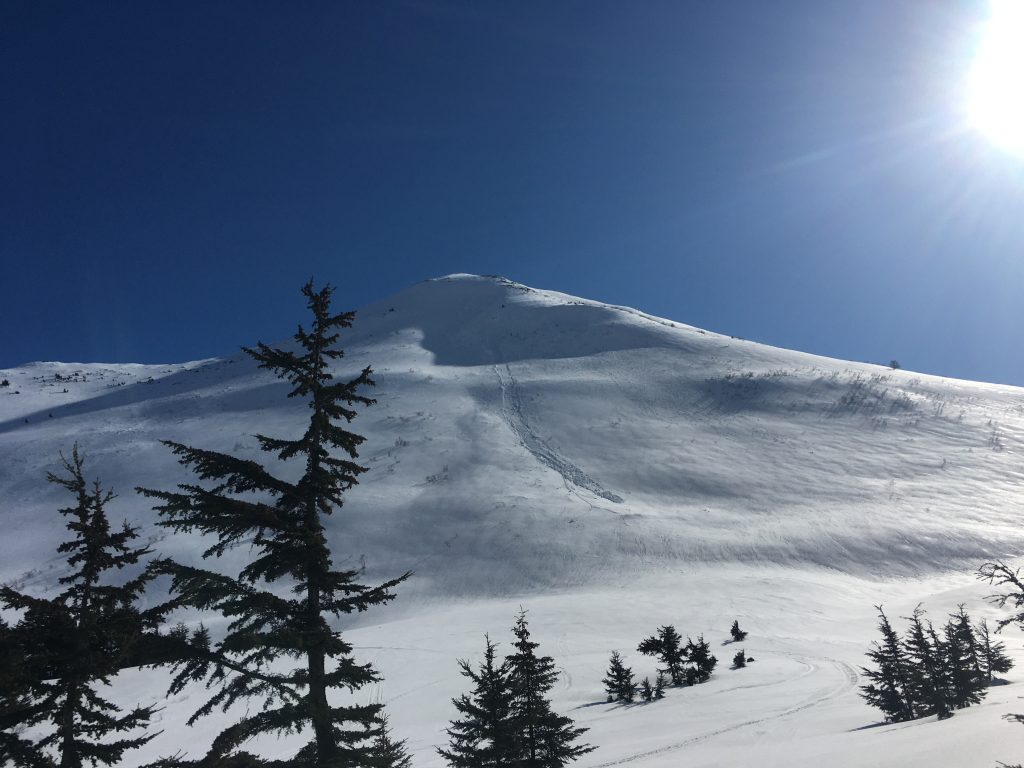 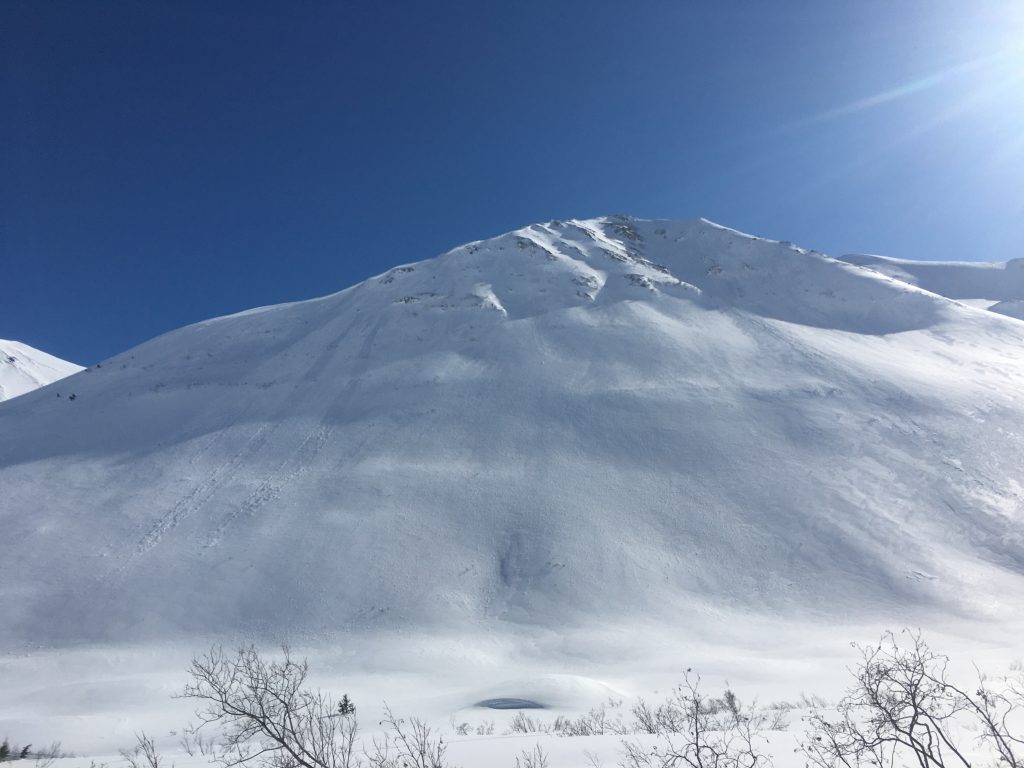 More recent small wet loose activity, with a lot of roller balls on the same slope. 04.05.2021 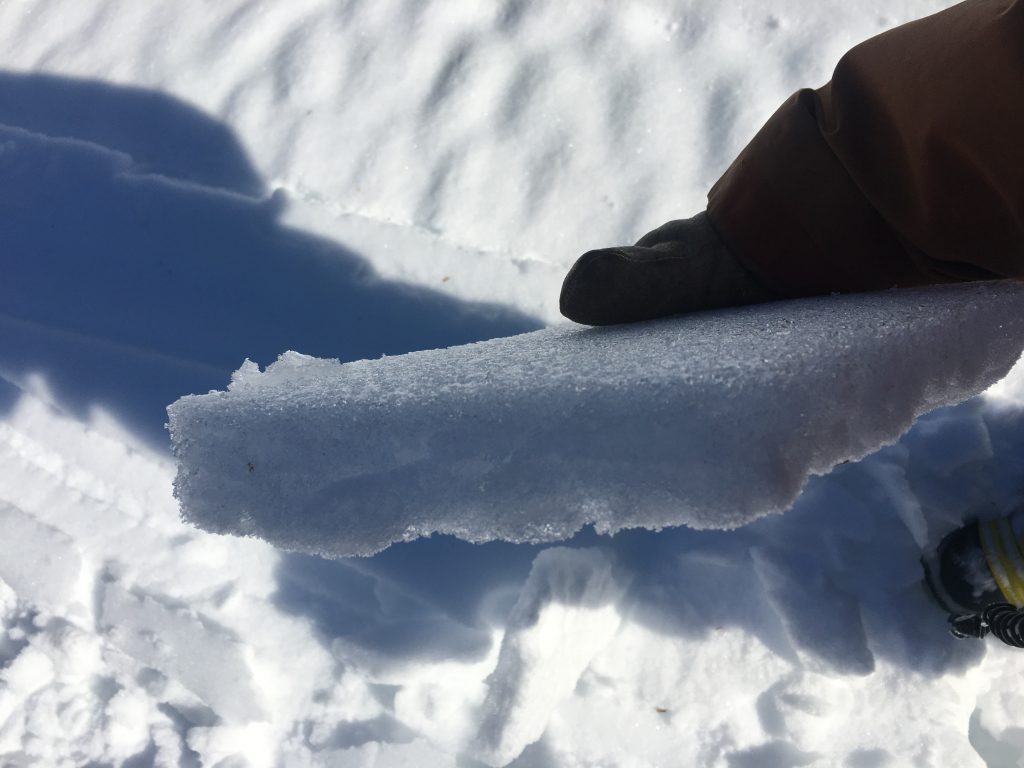 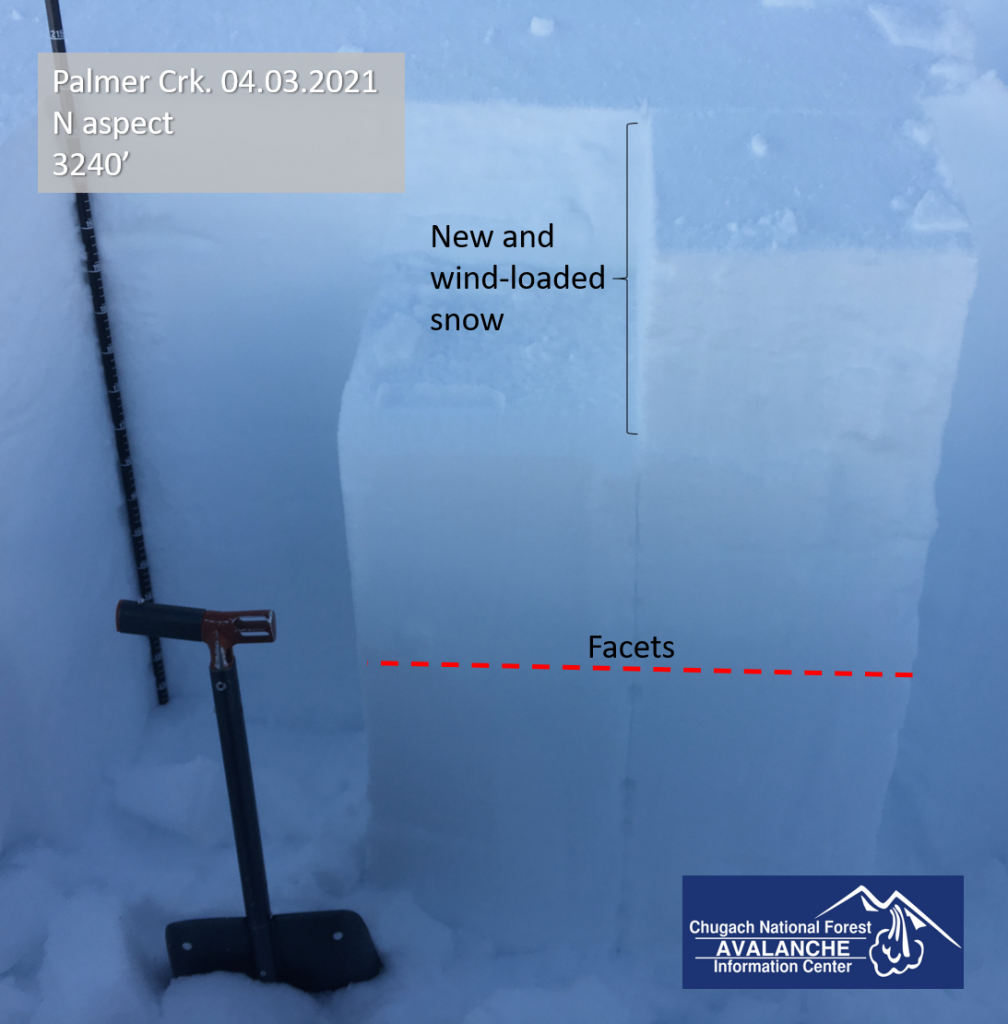 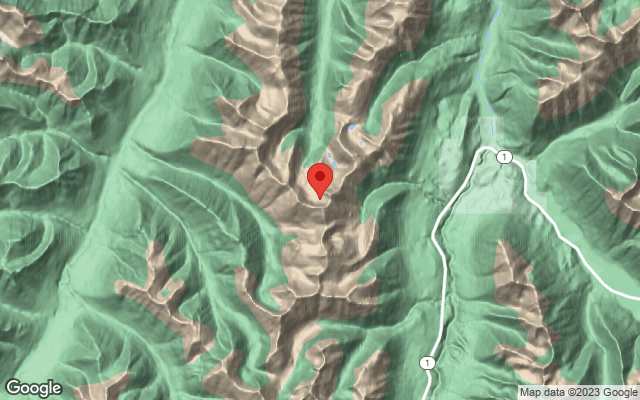