Three large natural avalanches noted this morning from the road. They all appeared to be recent, although it is hard to say when exactly they occurred since the start zones have been obscured by clouds for the past few days. Best guess is they happened sometime within the past 3 days, most likely during the last round of strong winds on 11/29-11/30. Estimated size for each crown is 300′ wide, with an average depth of 2-3′ and maximum depth of 6′ deep or deeper. Three large avalanches could be seen from the road, each separated by 200′ or more by significant terrain features. 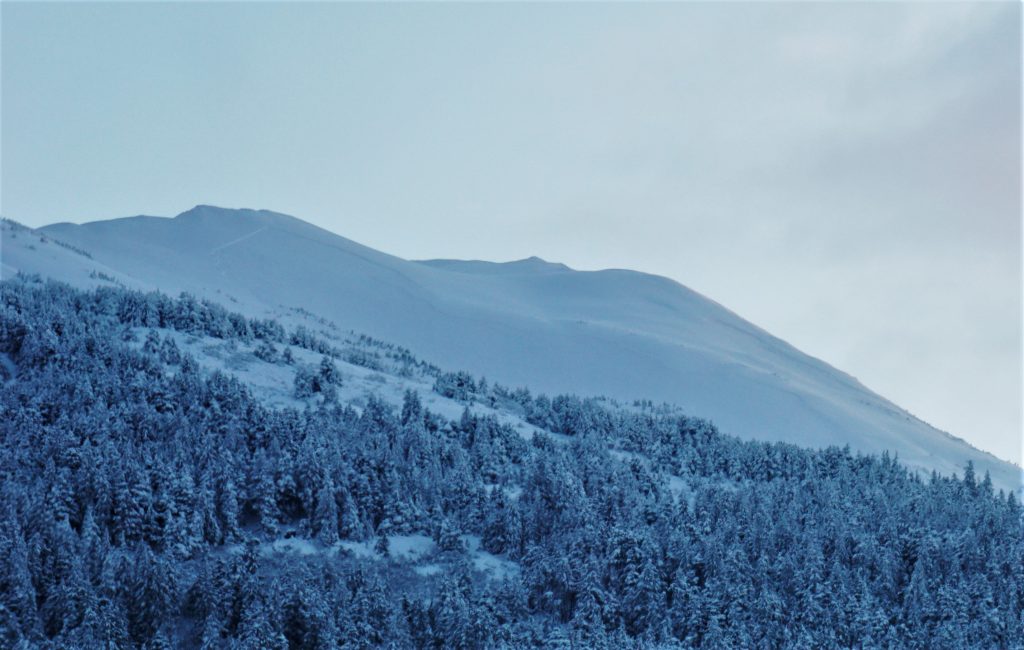 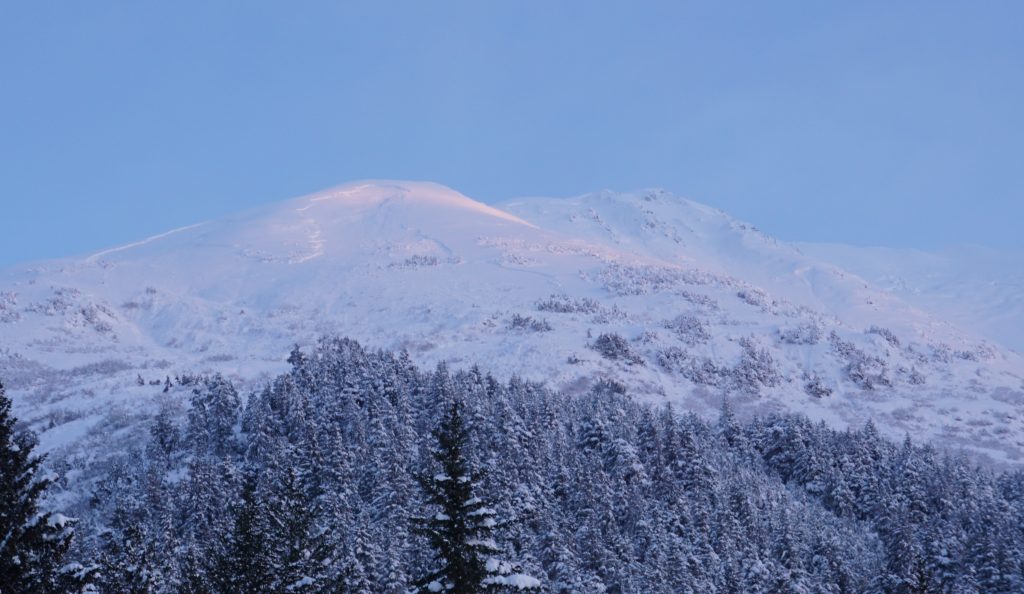 View of the two avalanches to the east, one in the foreground and one in the background. 12.02.2021

Closeup view of the two avalanches to the east. The wind loaded pocket in the upper right corner of the frame looks to be 6' deep or deeper. 12.02.2021 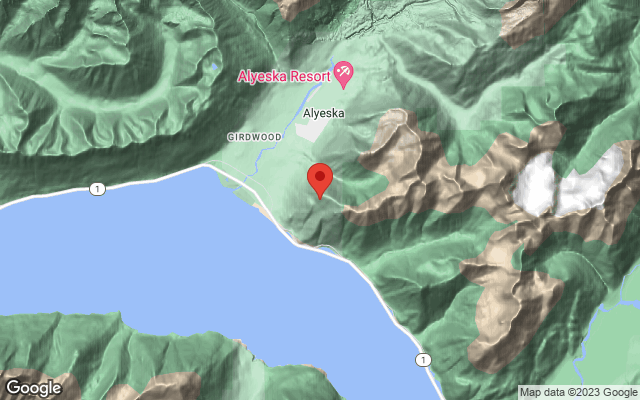