Ascended from the Seward hwy to 2660′ on ridgeline

Recent glide avalanche - the color indicated it had not been exposed to the sun yesterday so expect that it released in the last 24 hrs.

Overcast
Light snowfall starting just before 2 pm
Calm winds
Single digits starting at the truck, teens at upper elevations and 20°Fs back at the truck.

Woodland travel was a mixture of punchy crust or just a skiff of snow over icy vegetation
Out in the open - near surface facets and surface hoar, towards the ridge the surface hoar is rimed.
We found a thin sun crust on a few small steep south facing rolls
Wind crust along the ridge
Plenty of soft snow available for transport

At 1000' there is 3-4" of near surface facets with surface hoar on the surface over a thick supportable melt freeze crust.
The crust becomes breakable around 1400' and disappears around 2100'. Surface snow easily sluffs in steep terrain.
Stomping along a south facing wind-loaded lip along the ridge produced small cracks that failing down 6" on a thin solar crust with facets on top.

We dug at 2630' just below the ridge on a SW aspect, 19° slope, HS: 195, Pit depth 110 cm. There is a defined layer of buried surface hoar 15 cm down, CT4, CT3, ECTN4. Shovel tilt Moderate. There was not a slab over buried surface hoar at this location. I found a layer of small facets 45 cm down with extra hits on my compression test, ECTX. On our descent the only spot that was slightly slabby was a small wind-loaded roll.

We could see old wet avalanche debris long the gully of the main path. Smaller piles up high and a large pile that gouged along the gully walls. 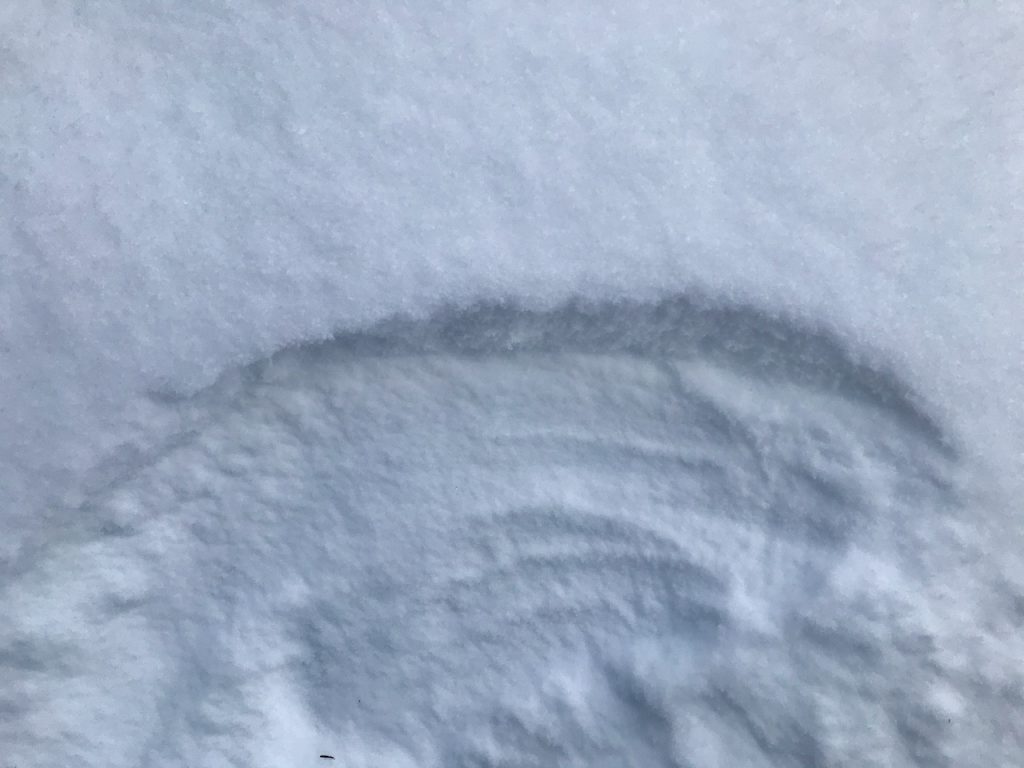 Facets over melt freeze crust at 1000' 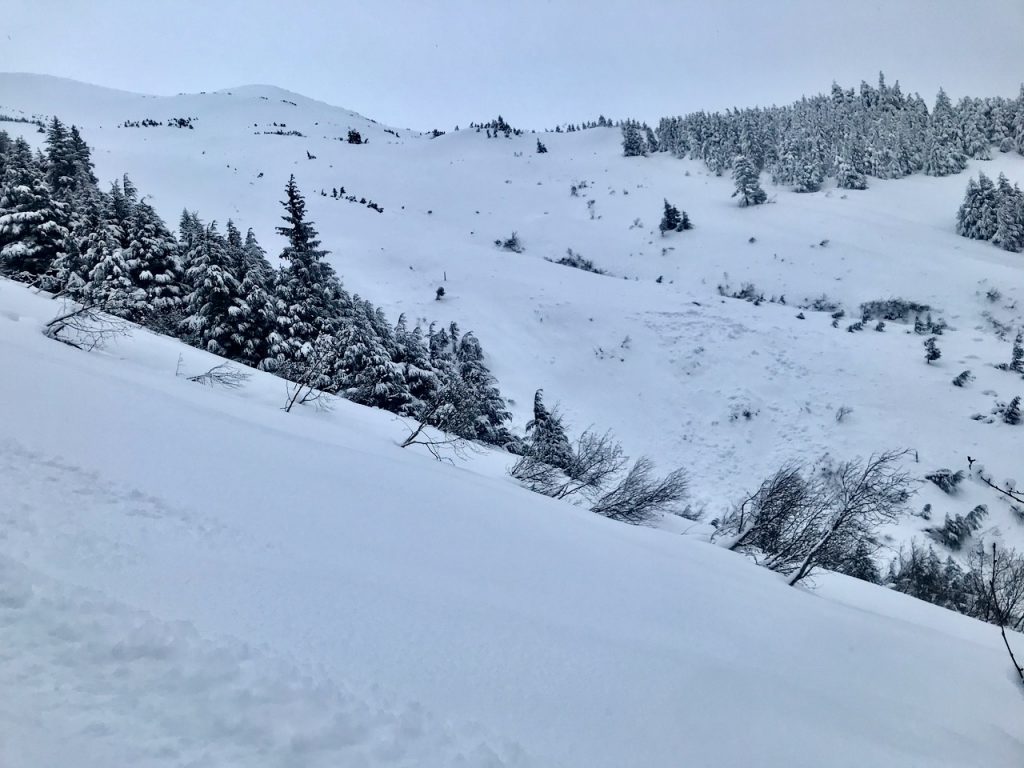 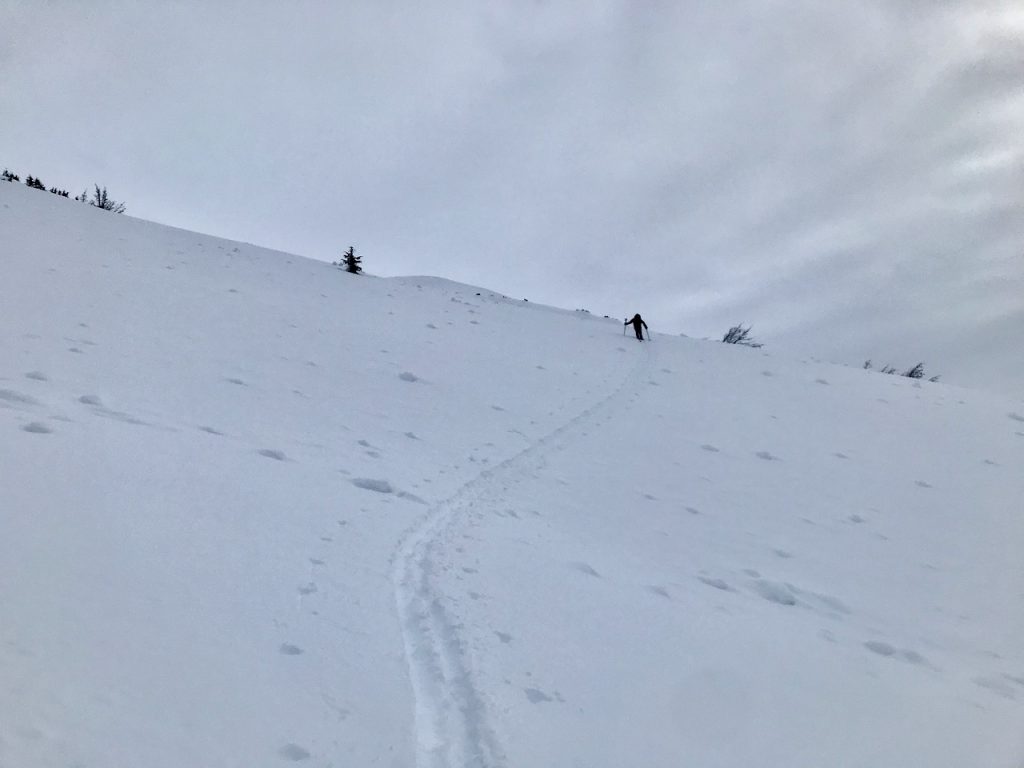 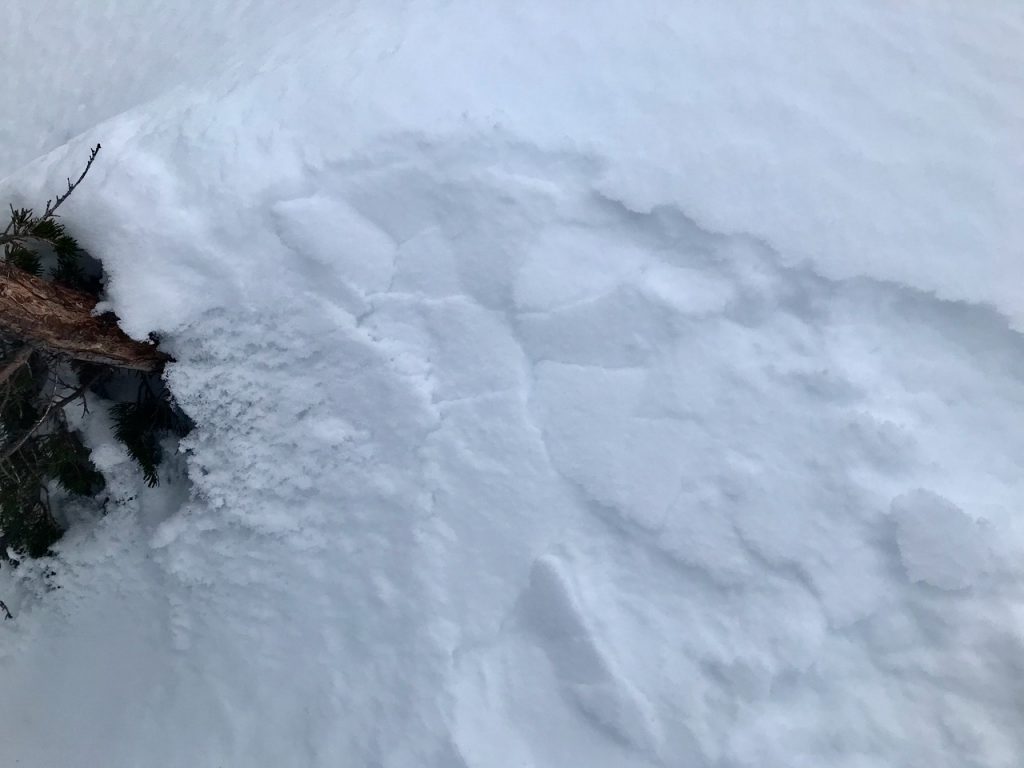 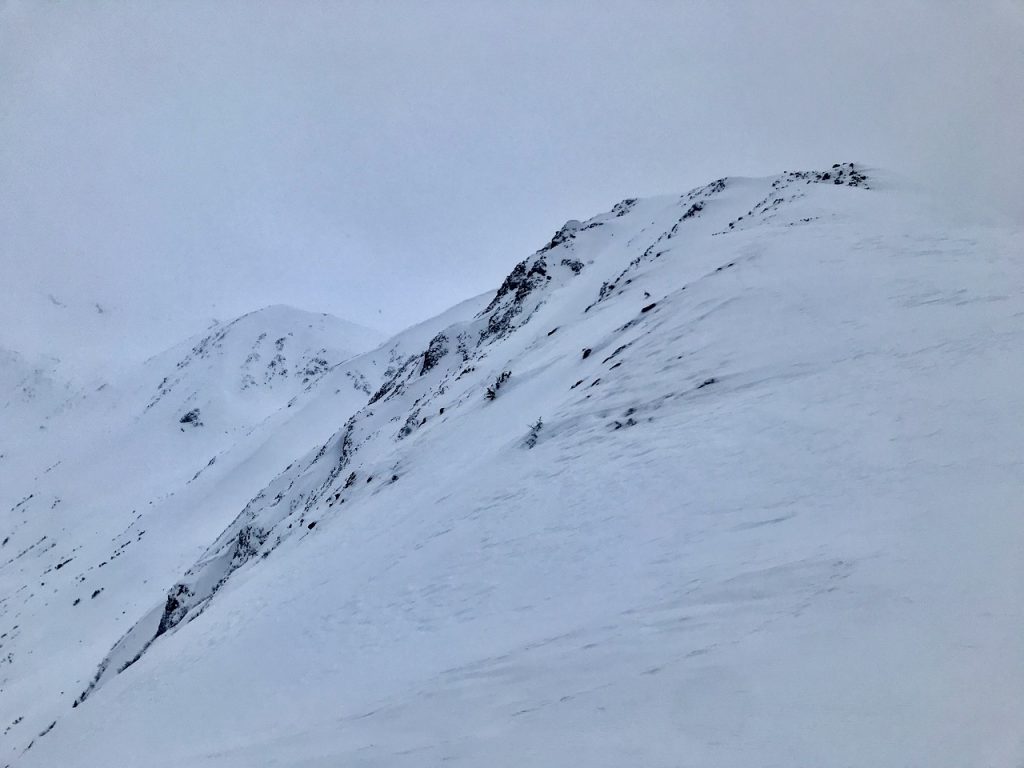 Wind effect on the ridge 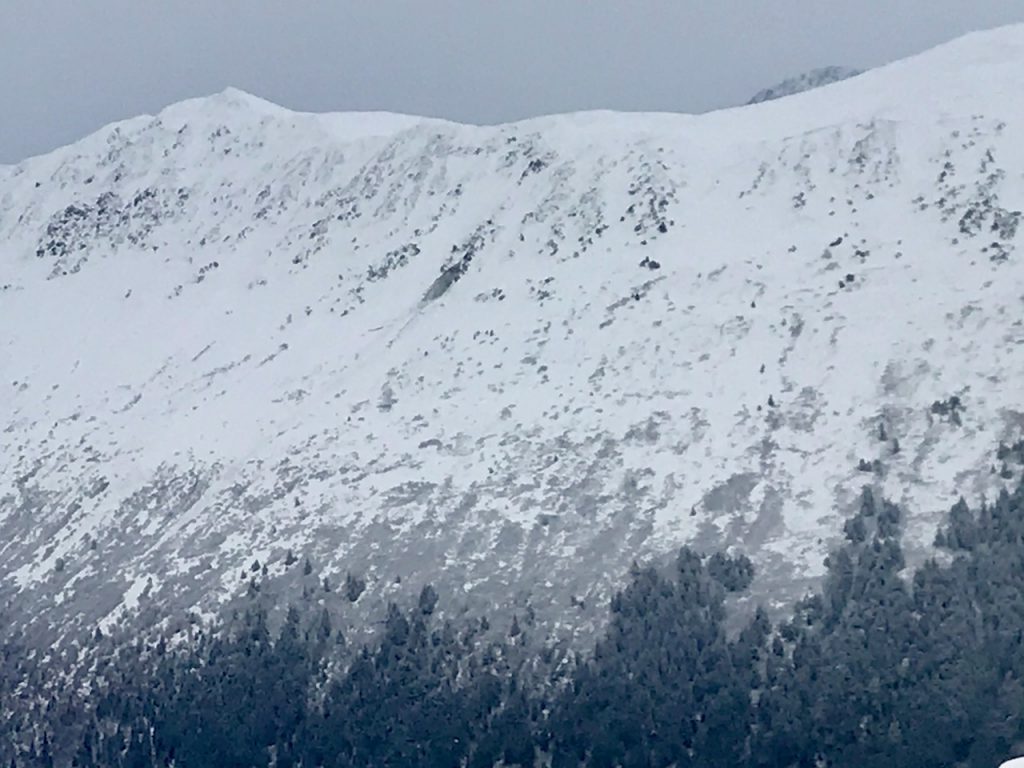 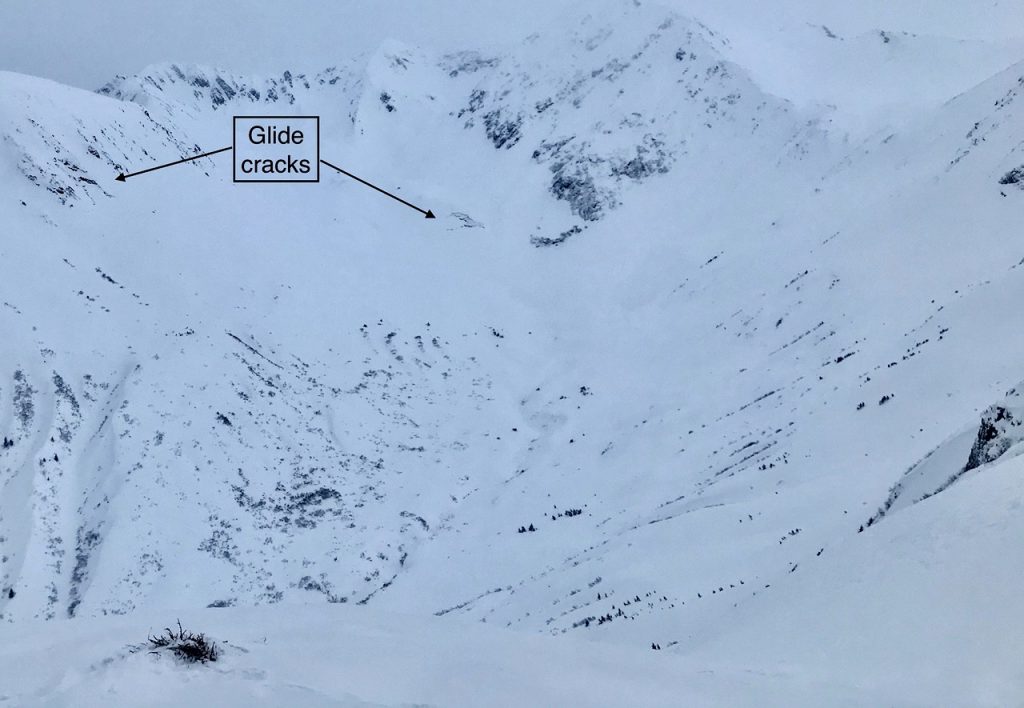 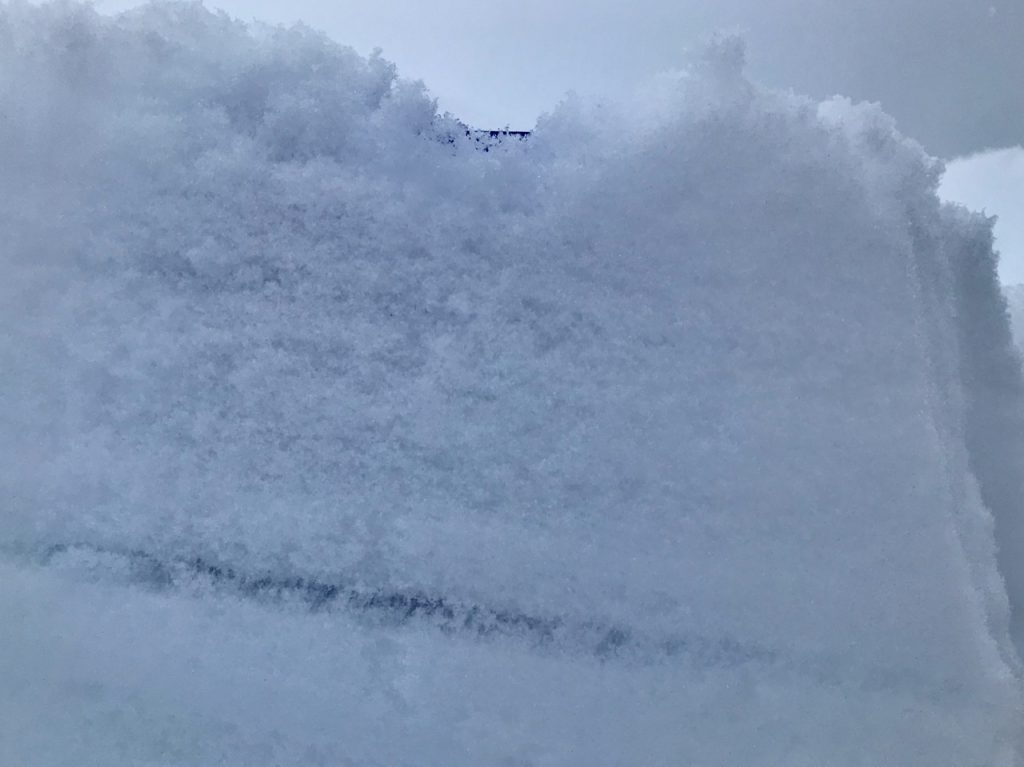 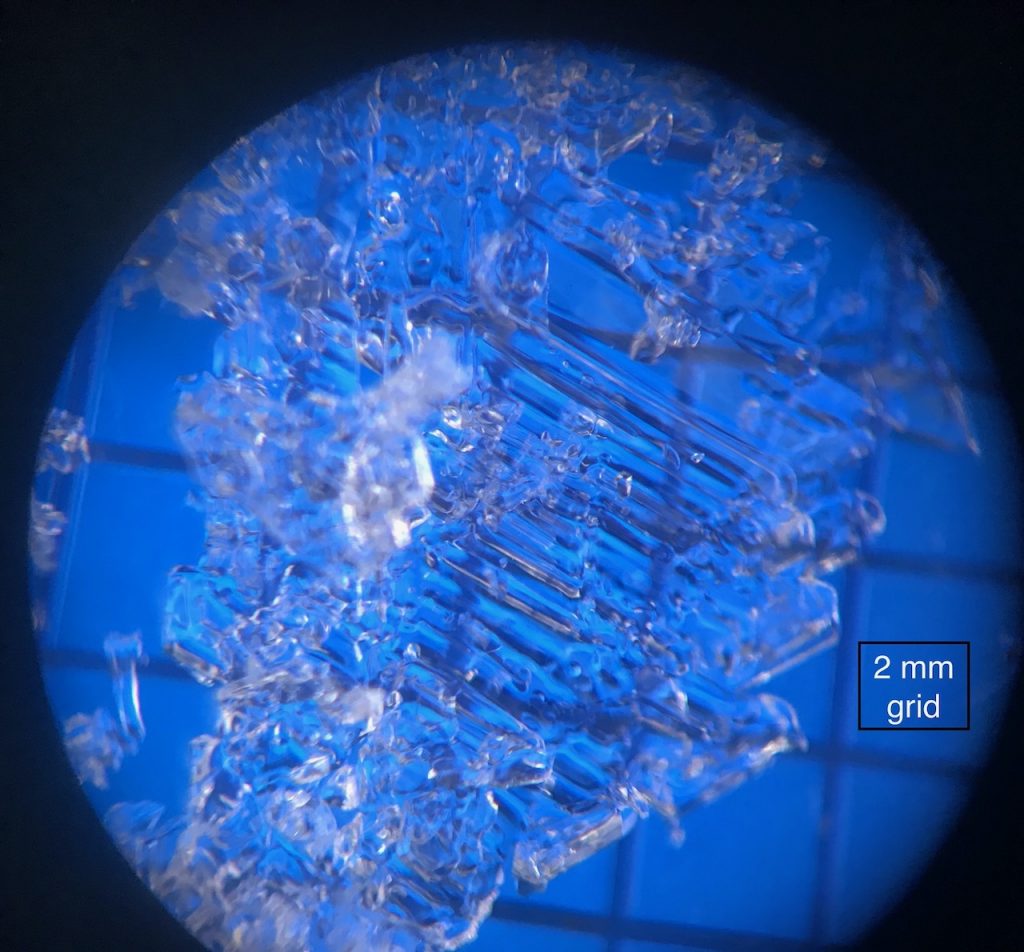 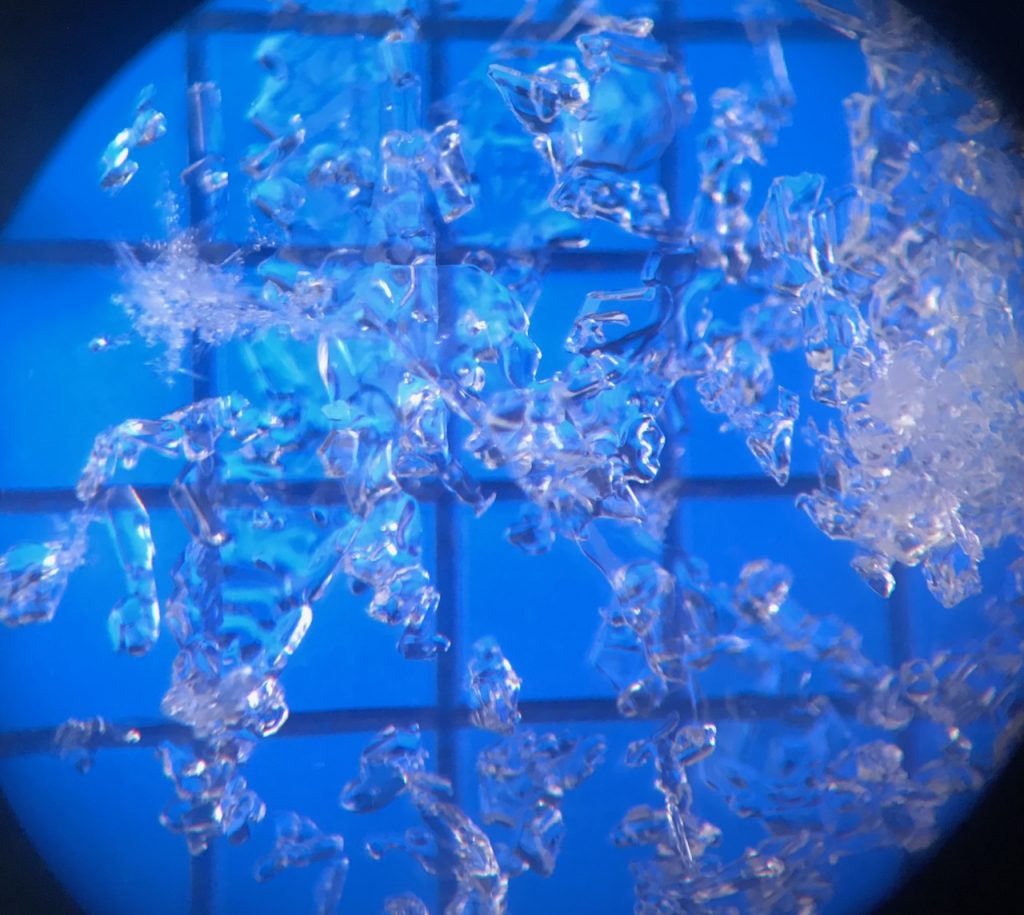 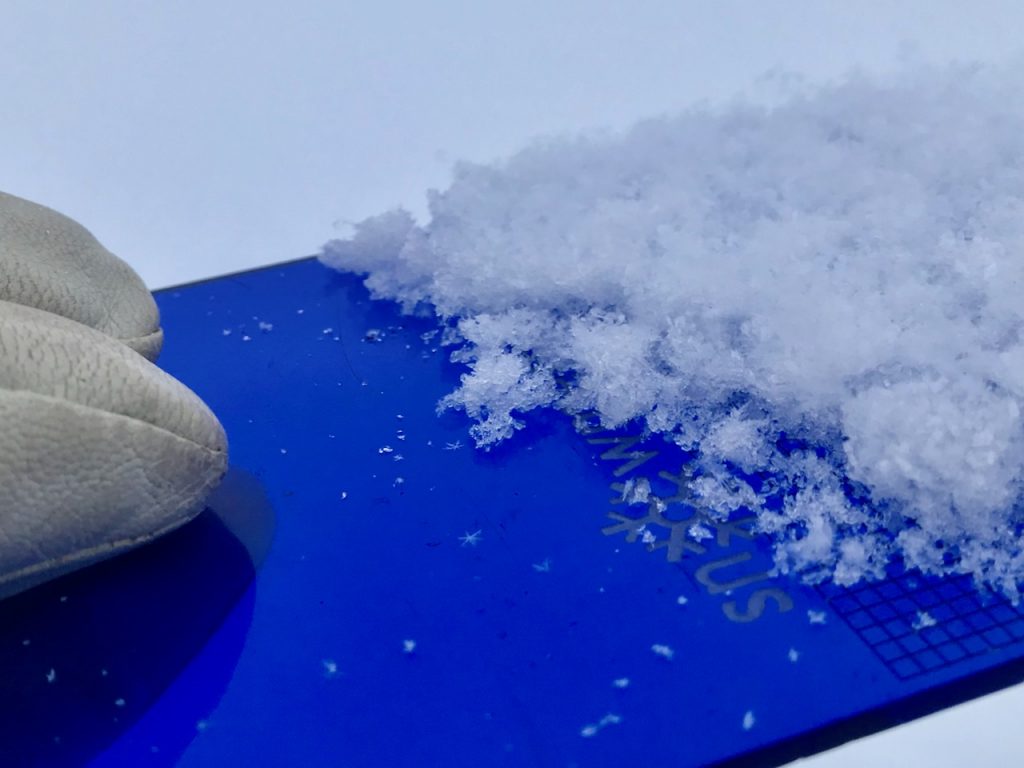 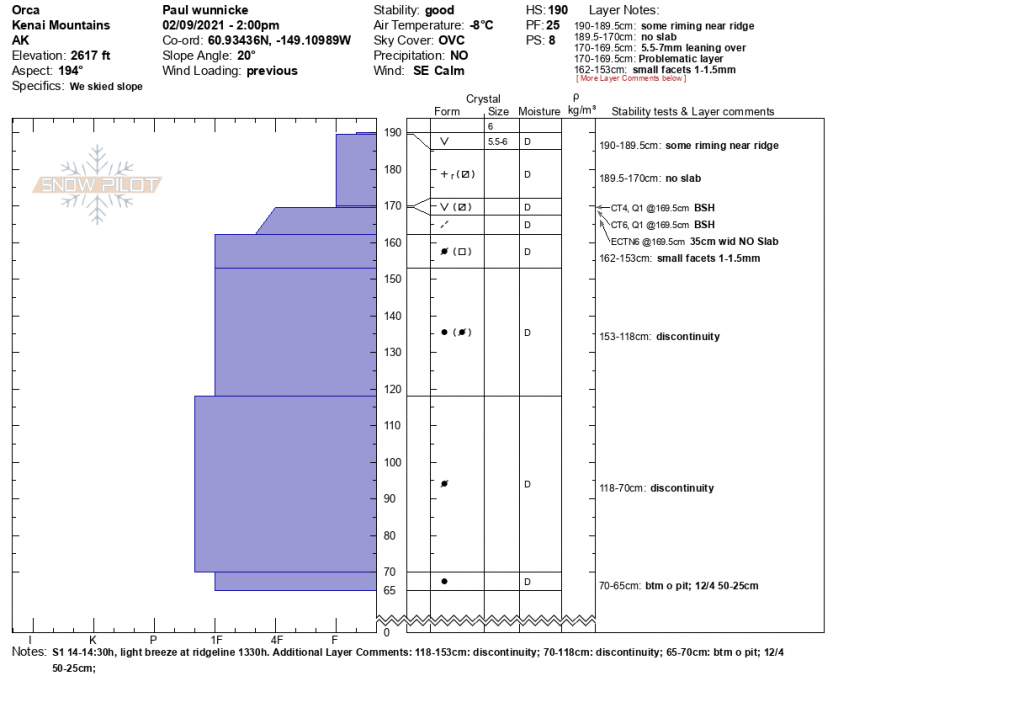 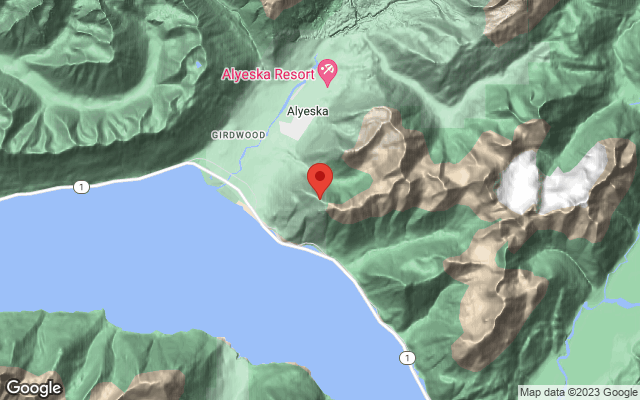