We hiked up to the ridgeline from the southwest (little bit of bushwhacking involved…). We dug two pits at 2600′ and skied back down near our skin track. There was light snow all day, with calm winds. 6″ new snow over the past few days made for quality skiing.

6" new snow on the surface from the past few days. This hasn't yet been moved around by any wind. At elevations up to around 1800' this new snow was sitting on a supportable crust.

Overall quite similar to the pack in the Turnagain pass area, but there were a few differences:
-The most recent (12/7) crust was present up to around 1800', which is quite a bit higher than we've seen around the pass.
-The 12/1 crust also reached higher elevations. It was 1-2 cm thick at 2600'.
-The basal facets were generally smaller and they were also moist. Both of which are a good sign. However, we still got some unstable test results in this layer a thin area: ECTP16, with a total depth of 98 cm. 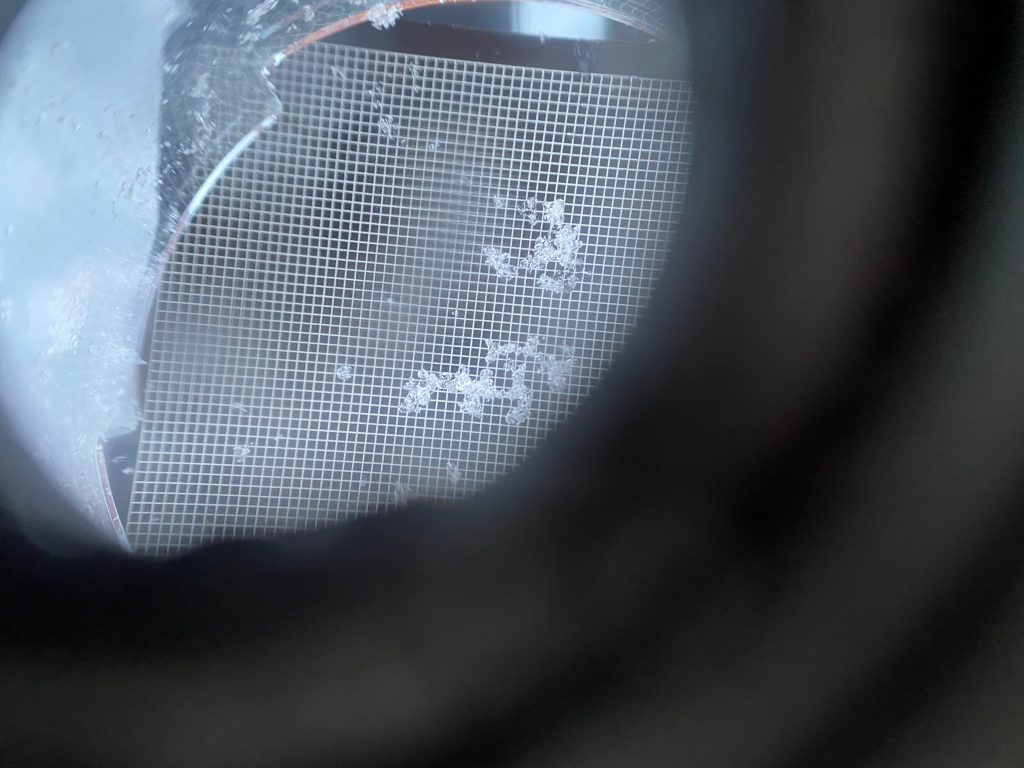 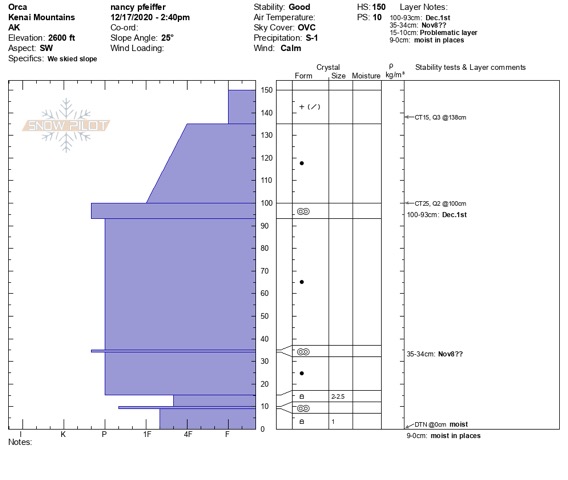 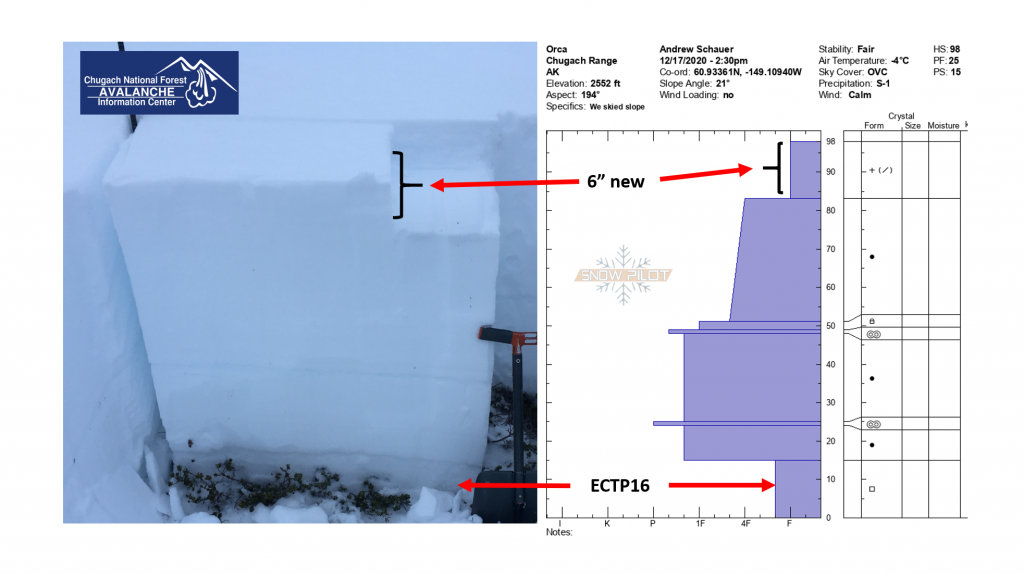 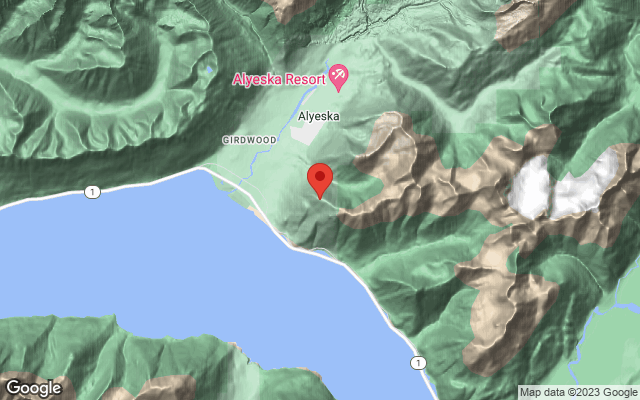