Fracture line on a convex slope between gullies on NW aspect of the SW ridge of Lynx Peak (6536). About 150 feet under the ridge. Fell over cliff directly below starting zone. Ground or rock visible in areas of the starting zone. Ridge above was corniced.

crusty windblown layer. sometimes a dusting of powder on top of the crust.

Pit in basin above Upper Reed Lake below Bomber Pass. 1"-3" powdery snow on top of a hard wind crust, then 3-4" faceted snow transitioning to a deep layer of harder snow. Old ice crust about 2 feet down, but not weak.

Variable snowpack on the steeper aspects near the top of the climb to Bomber Pass from Reed Lake (south-south-west slope). Windblown surface. 1-4" wind slab in places, but not extensive. Icy crust on the surface in most places. Deep soft faceted snow on top of harder snow in many areas, especially around rocks. In shallow snowpack (4-20" ice-axe depth), all of the snow under the crust was faceted to the ground. Boots occasionally plunged through the crust to depth of up to 10", other times it was necessary to kick harder into the crust to make steps and use force to plunge the ice axe into the snow. 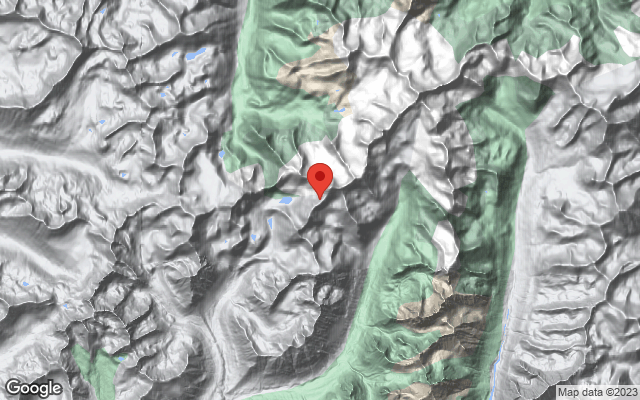