Location: NW Cornbiscuit - treeline, in the area that has not slid

Attempted a short tour up to Magnum/Cornbiscuit to gain info on upper elevations. Significant new snow of 30-40cm slowed down travel. 5 skiers in the group, as part of an avalanche course. Numerous pits were dug, some at 1400′, some at 2000′ in elevation. A whumpfing collapse occurred under our feet at 1400′ elevation on a W aspect below Cornbiscuit – (presumed to be the buried surface hour from 1/9). Our tour topped out just above treeline (around 2000′), and we chose to dig in a slightly wind affected area. One pit (HS 220cm) showed propagation of the buried surface hoar, with moderate strength, and very poor structure. And the other pit (HS 122cm) showed no surface hoar, but propagation of the Thanksgiving crust after 27 taps.

Whumphing under our feet at 1400' West aspect below Cornbiscuit. Recent natural soft slab avalanches up Superbowl at higher elevations above treeline R2D2 size on South aspects. 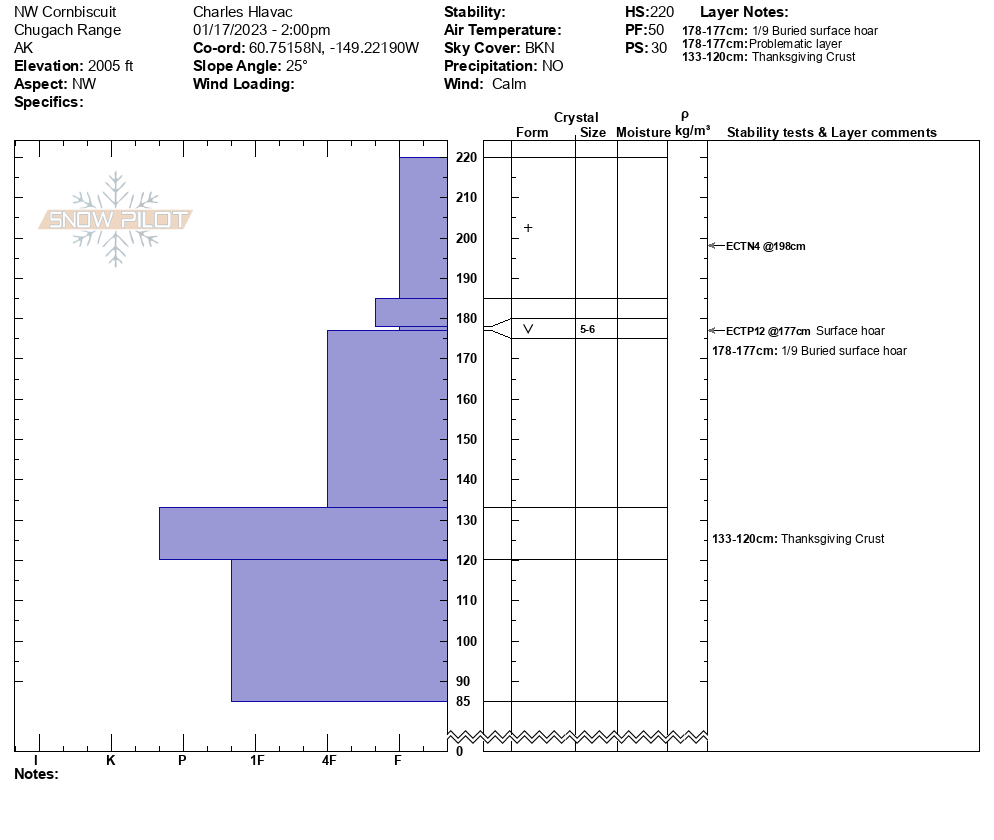 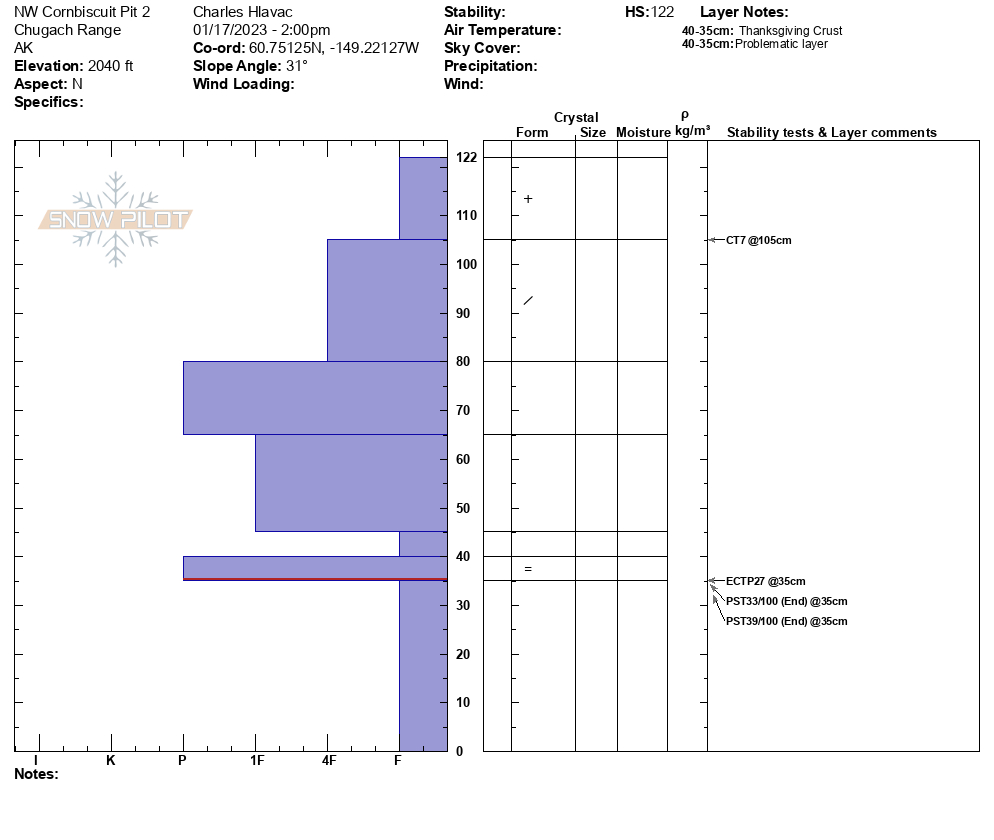 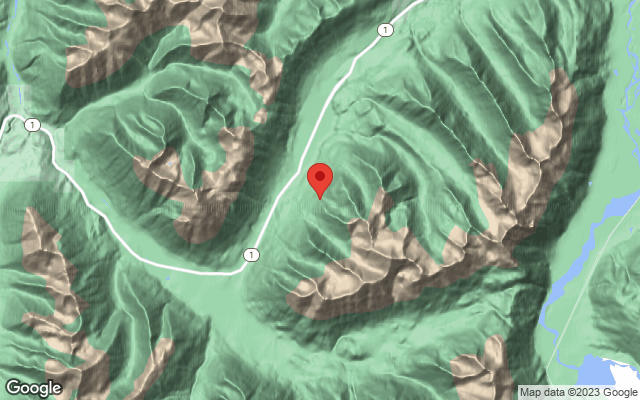