Route: Southeast up the ridge just north of Notch Mtn, reaching 3000′ and then traveling back down on a generally SW aspect.

Weather: Mostly cloudy throughout the day, temperatures between 20-30 degrees. No winds below
1000′, with light winds from the East developing several hundred feet below treeline. Above treeline winds were steady and increased to ~20mph.

Snowpack: In sheltered areas along the route 14-16″ of soft snow – fist on the top through 4 finger to 1 finger at the bottom – rested on top of the gigantic January melt layer. Above treeline this surface layer was variable in thickness and hardness due to wind transport, which had happened previously and was occurring throughout the day.

Three quick pits from 2000′ to 3000′ found .5-3cm of small facets under the recent soft snow, lying just above the January melt layer.

Saltating snow was first seen several hundred feet below treeline, increasing to moderate snow
transport along the exposed ridge. Large plumes were seen off neighboring peaks and ridges late in
the day, with wind speeds in the area also seeming to increase during the late afternoon.

Just below treeline on a short, NW facing steep rollover we were able to trigger a 10′ wide wind slab with a hard turn; it broke 8-12″ deep and ran ~20′ on top of the recent soft snow. A previous slide that looked similar in depth but ~40′ wide was observed just below treeline on a North aspect of Notch Mtn, just adjacent to a slope with numerous ski tracks.

A quick compression test at 3000′ on a west facing windloaded slope showed a variety of resistant
planar fractures under medium pressure within the 2.5′ thick surface layer windslab. The thin layer of facets below that slab, and just above the January melt layer, failed under hard pressure with a resistant planar fracture. 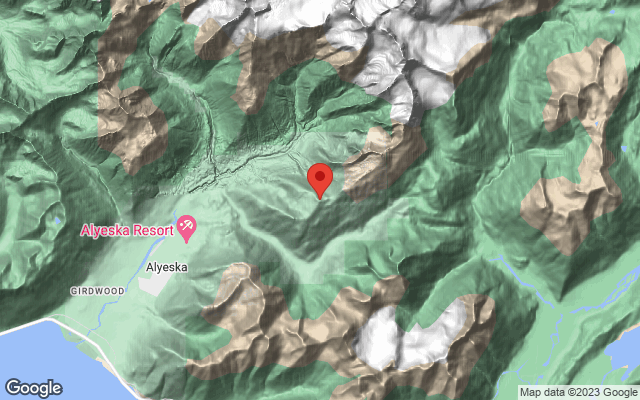