Large plumes of blowing snow on many peaks in the Girdwood Valley and Turnagain Arm area. Winds were mostly Westerly with the exception of Northerly winds on many peaks near Bird.

Recent avalanche activity:
Several small (D1.5-D2) slab avalanches on South aspect of Raggedtop, SW face of Penguin, South aspects of Magpie. They were all in the 2500' elevation band. Not sure if these were new today with increased ridge top winds, but many of them were notice late morning and winds had already started blowing. Yesterday visibility was limited due to cloud cover, but could see some point releases yesterday afternoon along Penguin and Raggedtop.
Evidence of small storm slabs on all aspects around Notch Mtn above 2000'. These released mid-late storm on 1/16.

The snow was bottomless in many places. Could easily push ski pole and basket to the ground below. The average depth was 3'. Above 2400' along the ridge the snow depths were more variable. Could feel firmer snow in some places near the ground. The depth fluctuated between 1-3' along the ridge.

Pit at 2100' on a NW aspect, 39* slope, the height of snow was 120cm. There was 2' of new snow from last weekend. The top 12" fell on Monday 1/16 without wind and was composed of very loose (Fist hard) snow with intact stellars. This was sitting on top of 12" of denser four finger powder that fell between 1/13-1/14 with moderate winds and warmer temps. It was this interface that all of the storm slabs released on. There was a 20cm layer of basal facets on the ground that failed only in compression tests. We didn't not have any propagation in an extended column test. There was an obvious layer of buried surface hoar 90cm below the surface, but didn't fail in any tests. 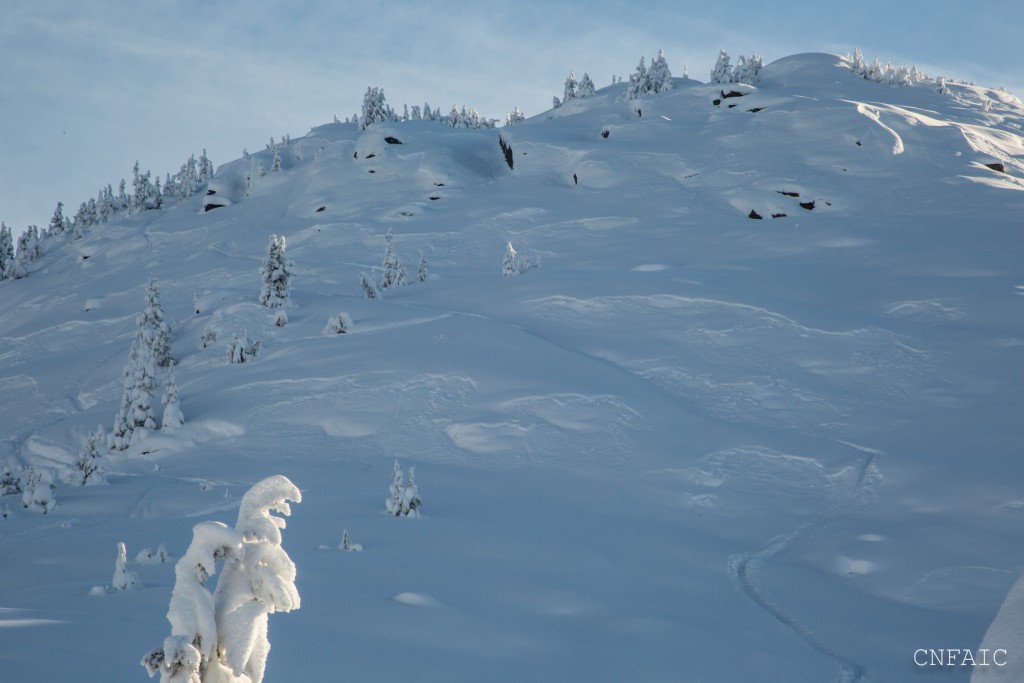 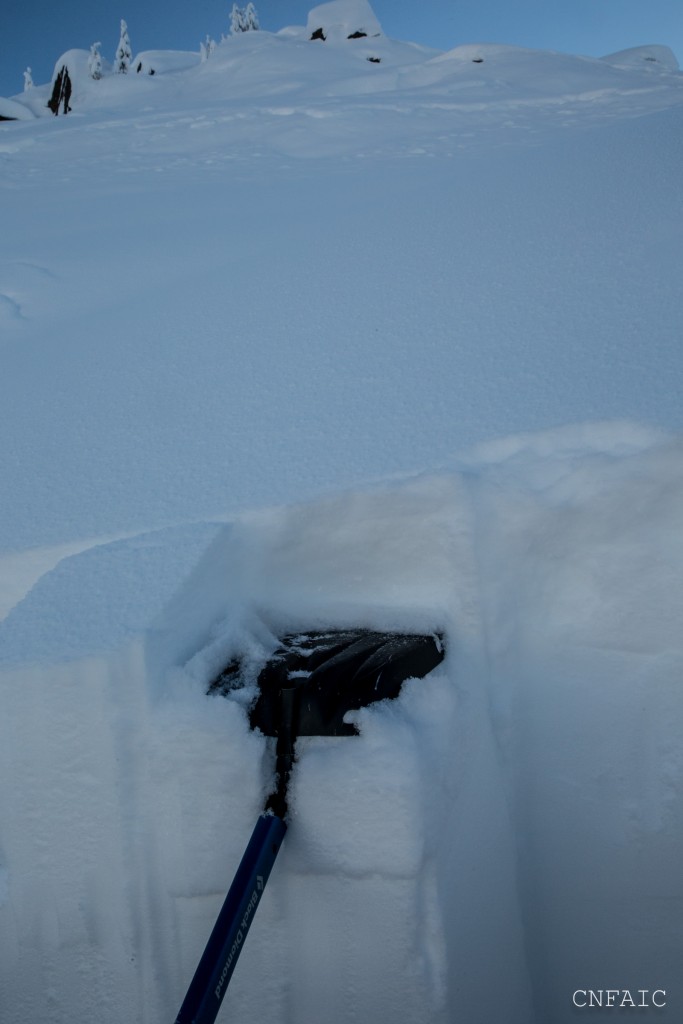 Compression test shows the interface between the two storms from last weekend. 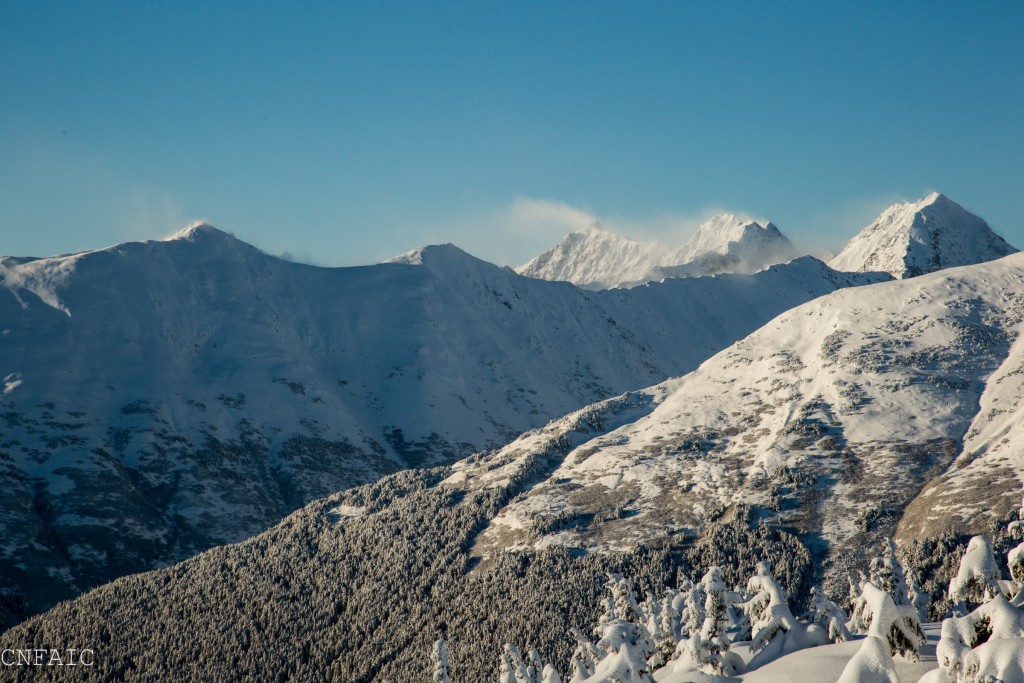 North winds were blowing snow off of some peaks near Bird. 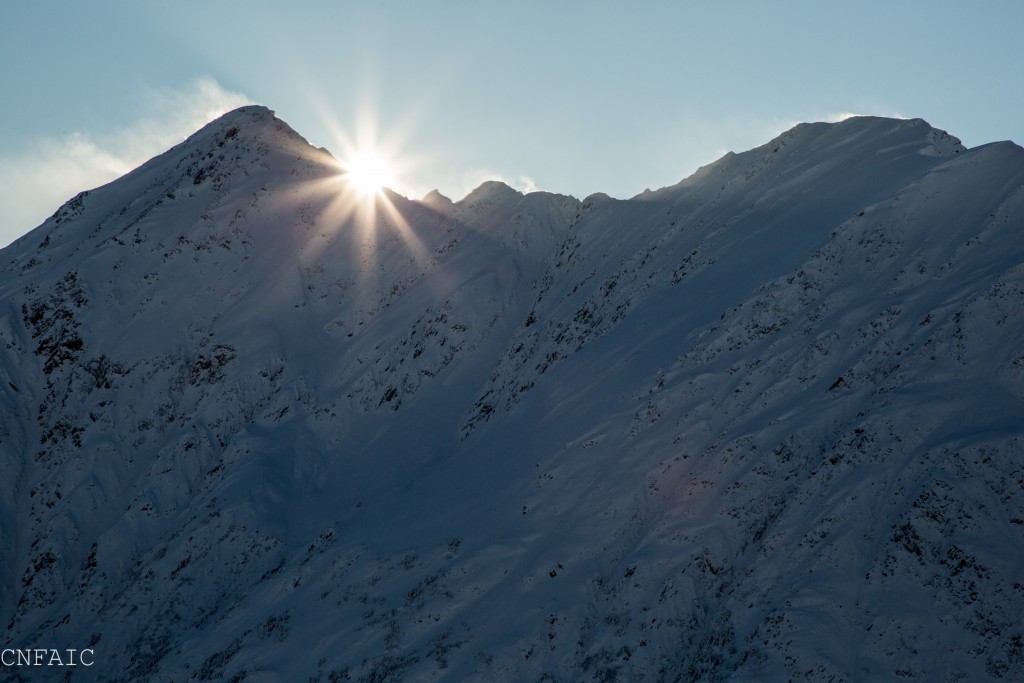 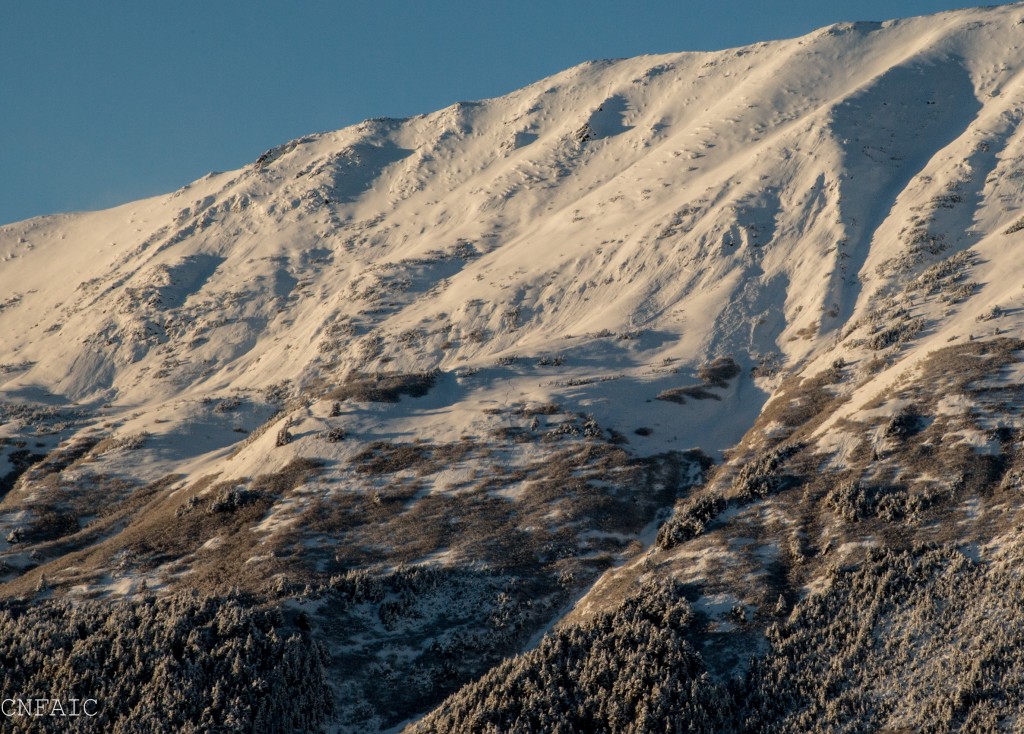 Several small slabs, deeper, possibly on the basal facets, on the S aspect of Raggedtop (~2500) 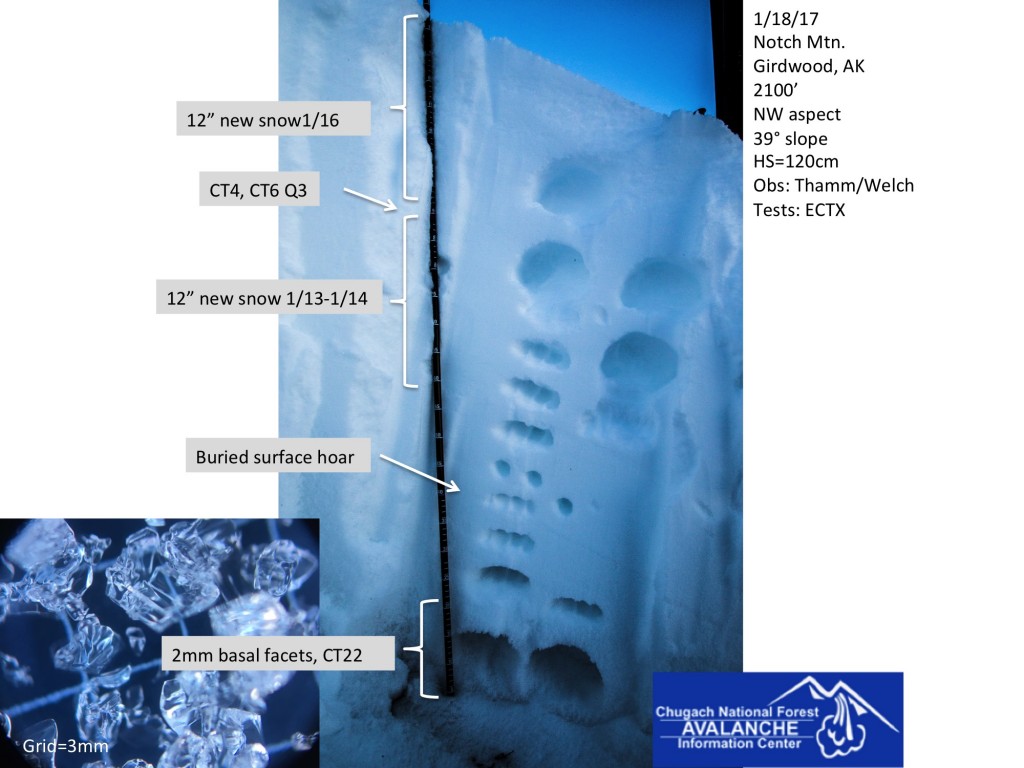 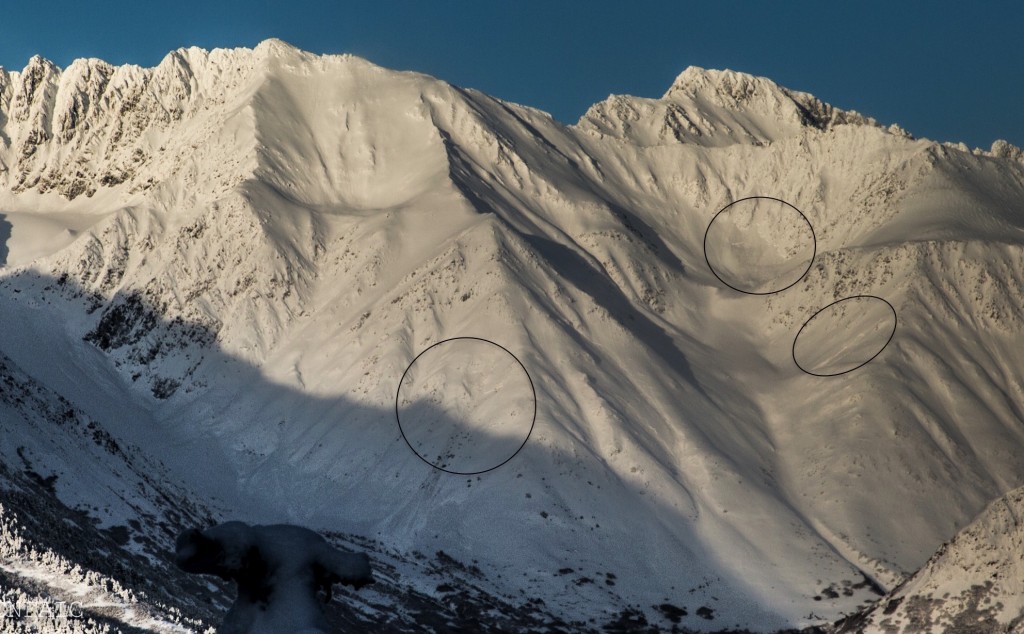 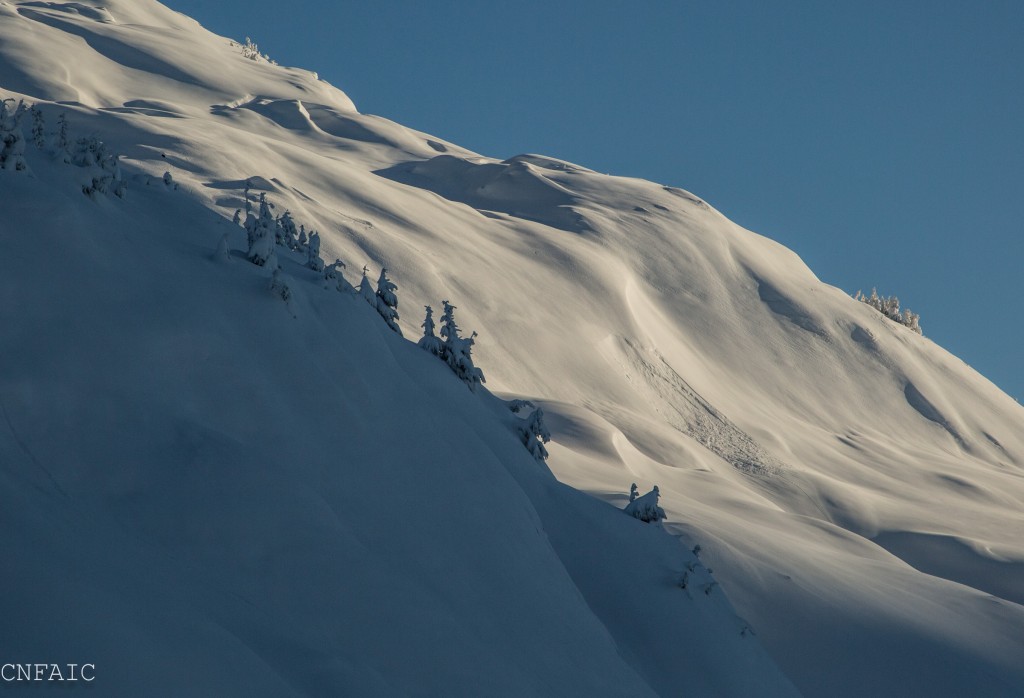 storm slab on SW aspect of Notch, a little fresher than the others 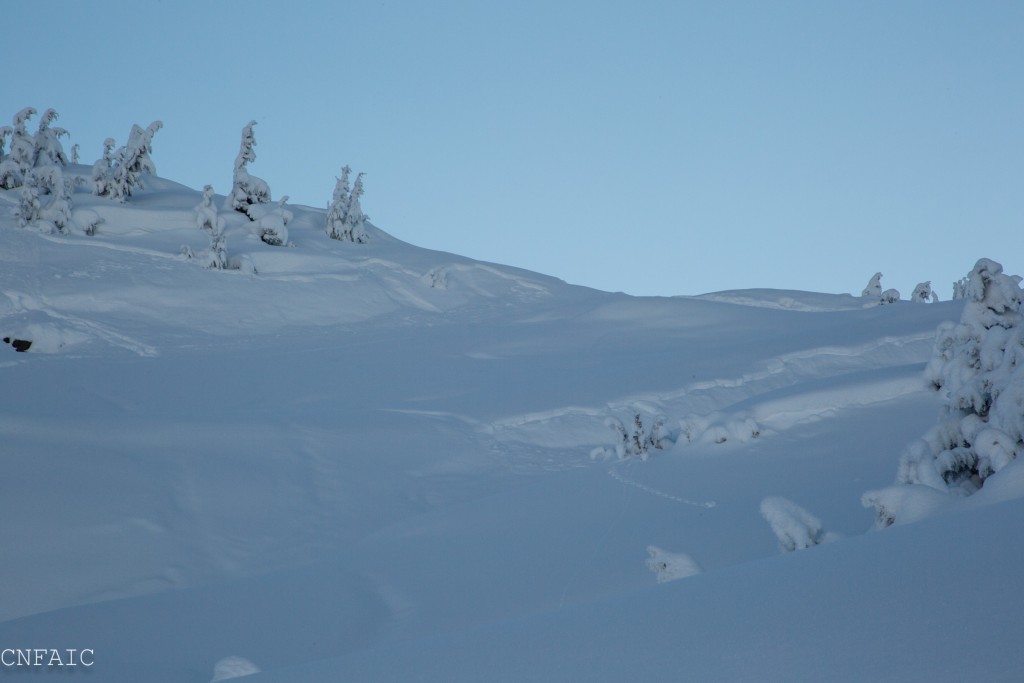 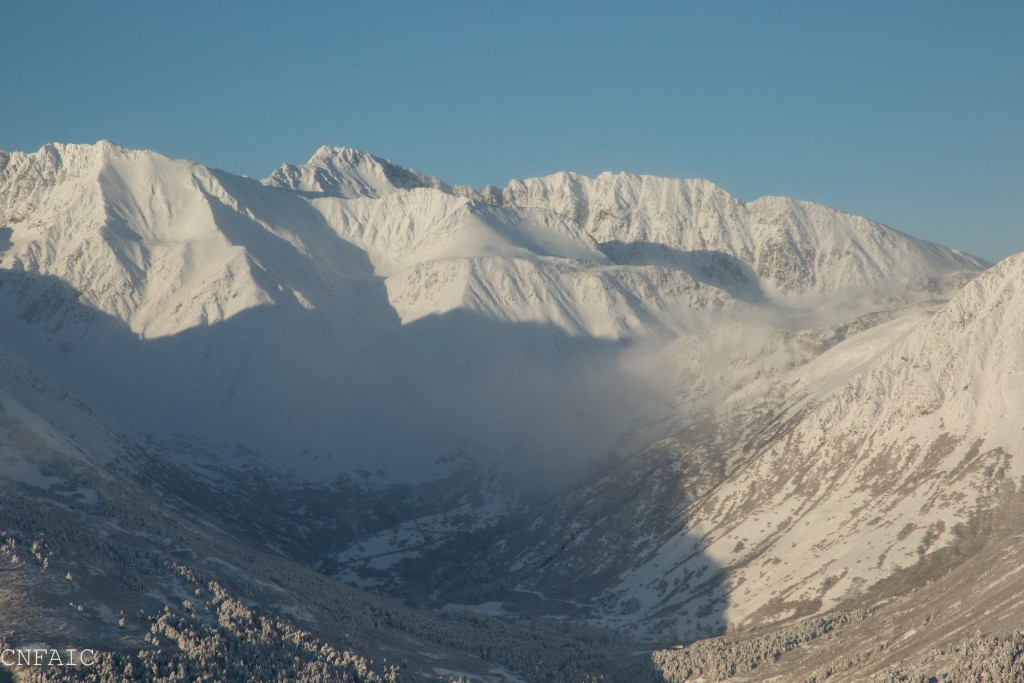 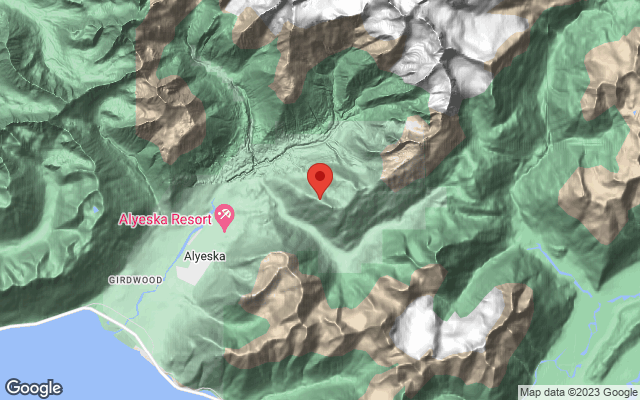