<To the forecasters: Outside your forecast area – no need to post online unless you want to – but
interesting snow pit results. Not what i expected given recent days on Turnagain Pass/Summit, with
structurally a somewhat similar snowpack!>

Notch Mountain, starting at 100′ in elevation and reaching just above treeline – 2000′ – on North to
West aspects.

20-30 degrees, with some occasional low clouds in the valleys below. Otherwise mostly clear sky, with
some high clouds well above nearby mountain peaks. Light winds from the northeast above treeline,
picking up slightly in the late afternoon.

Below 1400′ a rain/melt freeze crust was present on the surface – up to 1 cm thick – getting smaller and
eventually disappearing at 1400.’

No cracking or recent avalanche activity observed. No collapsing, despite attempts to leave the track
whenever possible to produce it. Multiple test slopes were jumped on with generally no result; on one
down low, a few soft slab chunks were kicked off, sliding on the upper melt freeze crust, but this
occurred only under foot, and was the result of multiple jumping attempts by the skier! 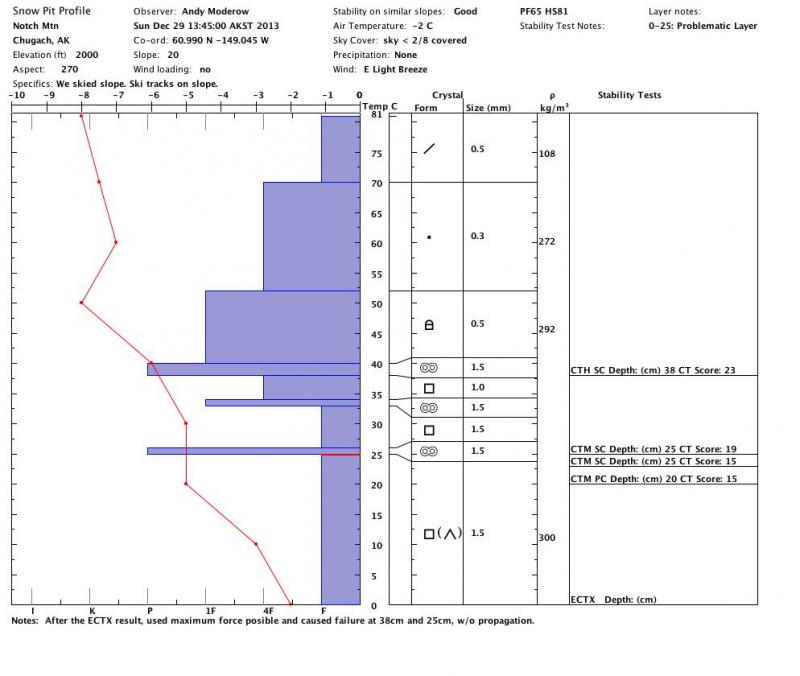 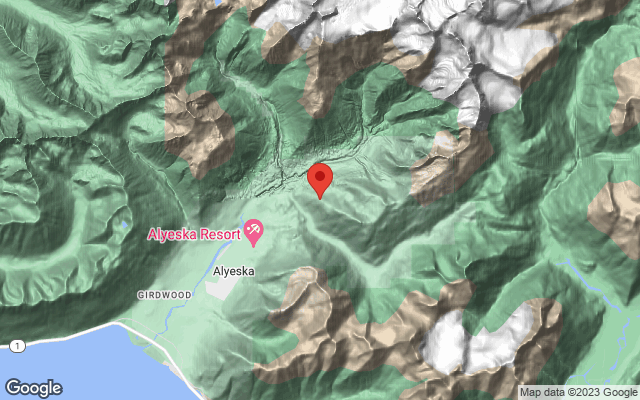