Heavy snowfall (S3) this morning until about 1030. Visibility improved throughout the day, and we were able to get a good look around from the top. Winds were calm, and temps remained just below freezing.

Powder. The cat area was sheltered from last night's winds, and the skiing conditions were really good.

The snowpack up here showed encouraging signs. We dug pits on west aspects at 1500' and 2000', and found basal facets gaining strength. Bottom ~10-20 cm of the snowpack was rounding facets, which were totally unreactive in stability tests, and didn't even fail when prying the column out with a shovel. We also found the 11/19 surface hoar layer in both pits, again unreactive. Showed up with shovel shear, but did not do anything with ECT. Spent a lot of time probing around to get an idea for snow depths, and HS was consistently between 160-180 cm.

Skies cleared up around 1300, and we were able to get a good look around. Ridgetops were severely scoured, and we did not see any signs of recent activity. It's quite possible that anything that slid during the storm was immediately buried by wind-transported snow. 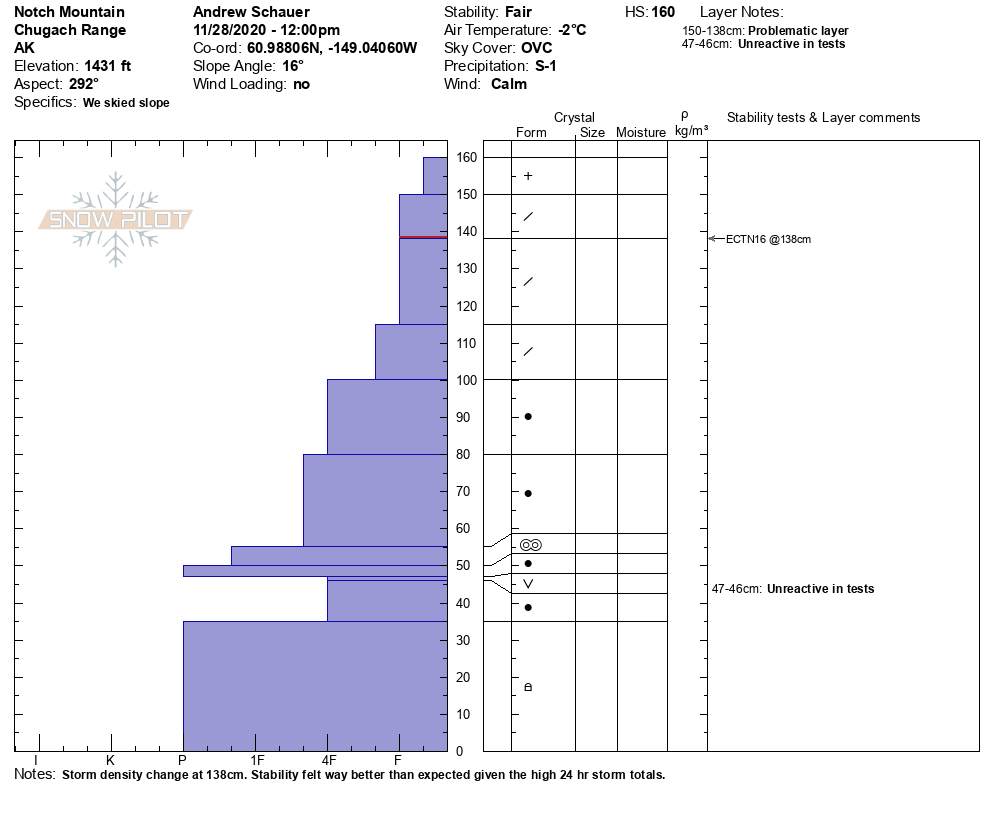 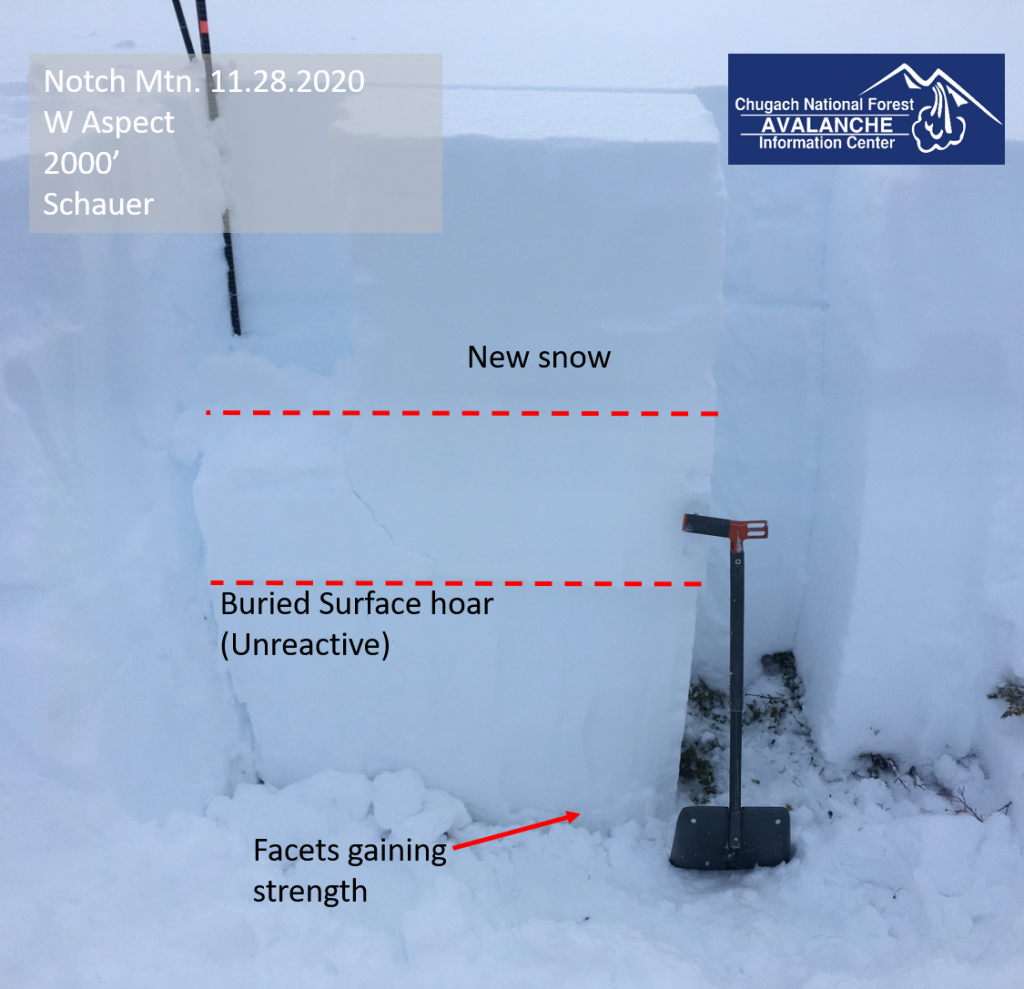 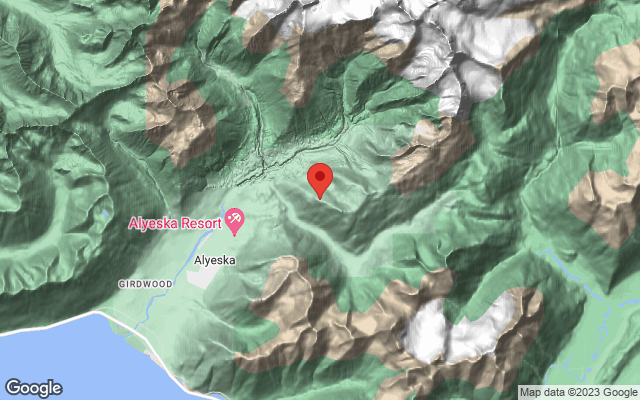