Route:
A trip to the Powder Hut

Weather:
Snowing lightly until afternoon when it cleared up. Winds were variable and
gusting to 15-20ish.

Snow Surface:
ski pen-25cm
boot pen-35cm
We didn’t travel far above our pit location, but did find a few fresh wind slabs
developing on the ridge.

Snowpack Observations:
Pit 1
Total snow depth at 2,100′ at pit location – 105cm, 25degree slope angle, NW aspect
ECTN 16, 25cm down in the pack on a hardness change (went from fist to 1F 25cm down)
after 30 taps we gave it a good whack and got it to fail and propagate 80cm down
ECTP 30+ SC. It failed on a crust with weak snow (column looking snow grains
~5mm) above. These columns were only visible upon investigation of the bed surface.
Pit 2
Just 20ft horizontally from Pit 1
ECTN 16, 25cm down (same as pit 1)
ECTP 23 SC, failed on same crust as pit 1, 80cm down
(difference in ECT scores could be due to different people conducting the tests
in the two pits)

of note: no surface hoar was observed in the snowpack

Other:
Access to this area is challenging. We were
able to skin all the way up through a variety of vegetation and open water.
Coming down was ok to Base Meadow, from there we did a variety of skiing with
skins off, on, & walking to the Winner Creek bridge. From the bridge
it is ok skinning to the road.

We skied a few laps from about 2,500ft to just below the cabin, as you would
expect it is thin coverage, but we did have some great powder skiing. 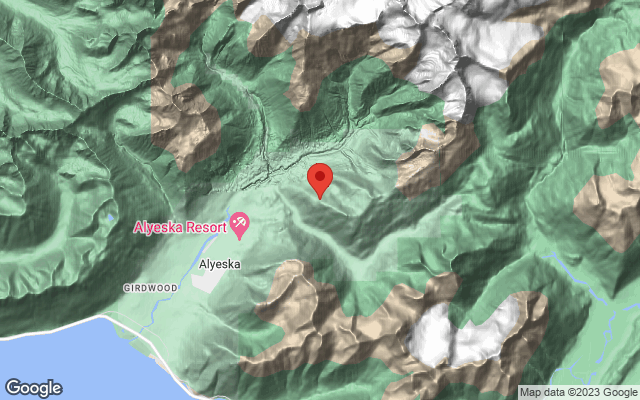