Toured up to 2500′ to take a look at the upper snowpack ahead of the next round of precip and winds. It looks like the 1/10 storm rained almost all the way up the road, and there was a breakable crust just below the snow surface up to about 1800′. I dug at 1400′, 2200′, and 2500′, finding around 2-4″ new snow in the lower pit, 8-10″ new snow in the middle pit, and close to 3′ of wind-loaded snow in the upper pit. Stomping around on steep rollovers, I was able to get some shooting cracks but could not get anything to move. I got propagating stability test results in the upper pit, one in a low-density storm layer about 16″ deep, and another on top of the New Year’s crust about 30″ deep. These two weak layers will be the two layers of concern as the next round of snow and wind moves in.

I was able to get some shooting cracks on steep, wind loaded rollovers.

Cloudy skies with temps right around freezing at 1400'. Moderate easterly winds were increasing slightly during the afternoon, with light snowfall not amounting to any significant precip. Visibility was in and out, with the upper ridgelines socked in at times, and great views across the Girdwood Valley at other times.

I dug pits at 1420', 2200', and 2420' down to just below the New Year's crust. In each pit, the weakest interface was a layer of low-density stellars from the beginning of the 1/10 storm, and the second weakest layer was a layer of facets right on top of the New Year's crust. Both of these layers propagated (poor stability) in the upper pit, and neither propagated in the mid pit. I was able to get some shooting cracks on wind-loaded rollovers, but the wind slabs did not feel like they had much energy, and I couldn't get anything to move. 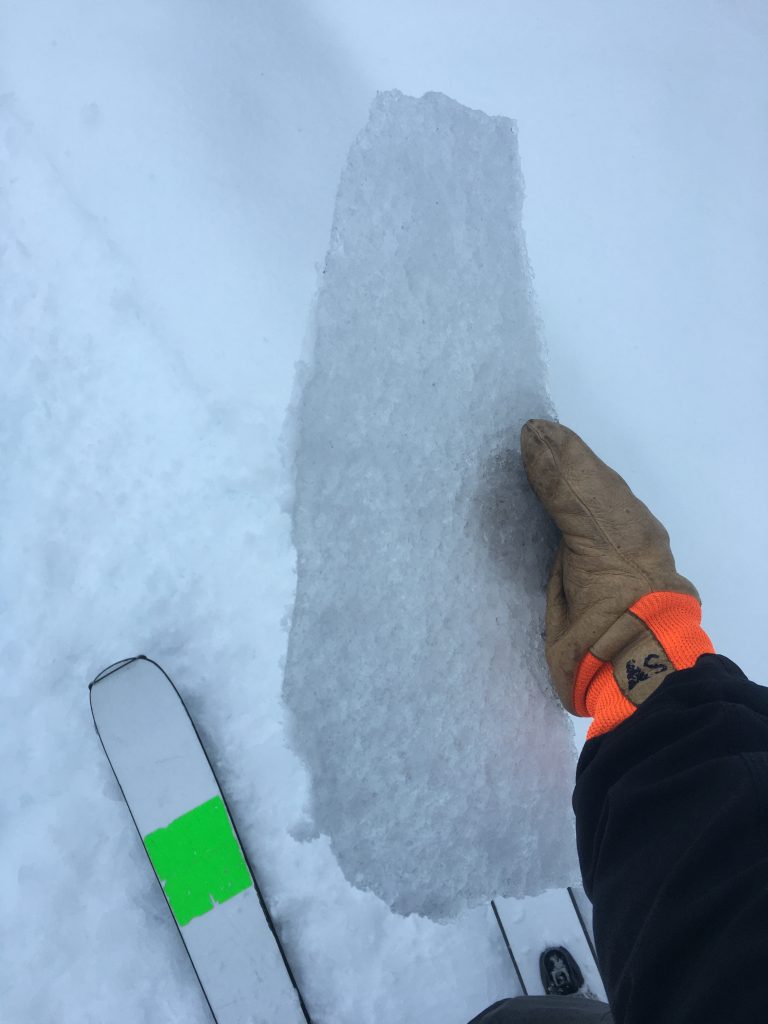 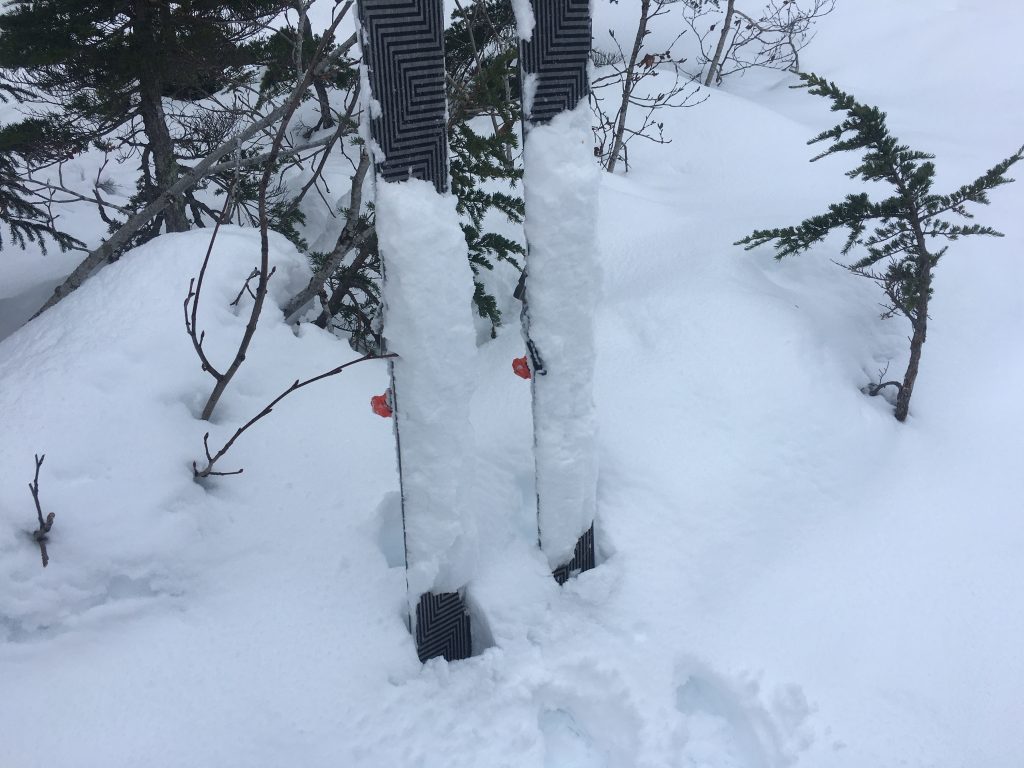 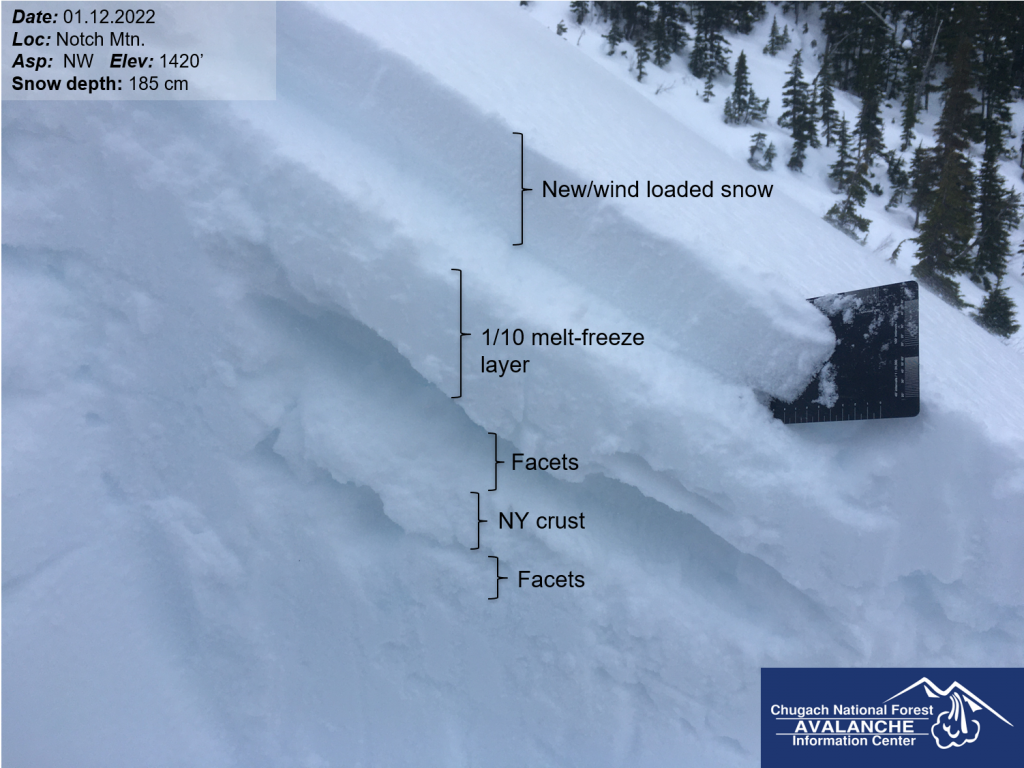 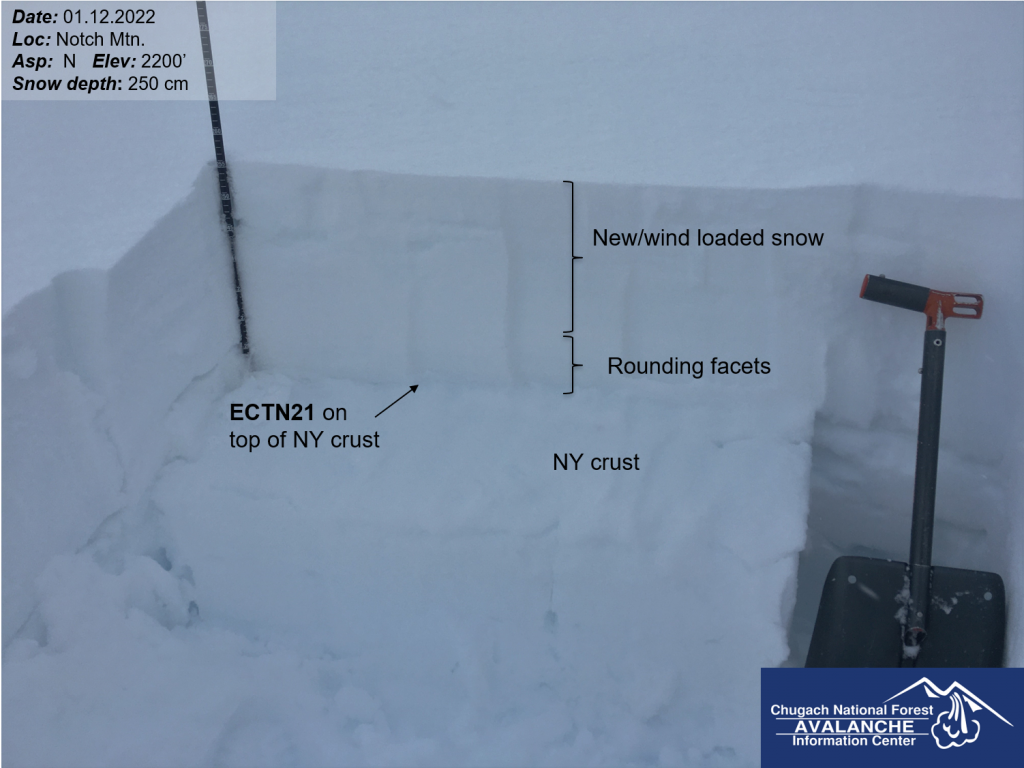 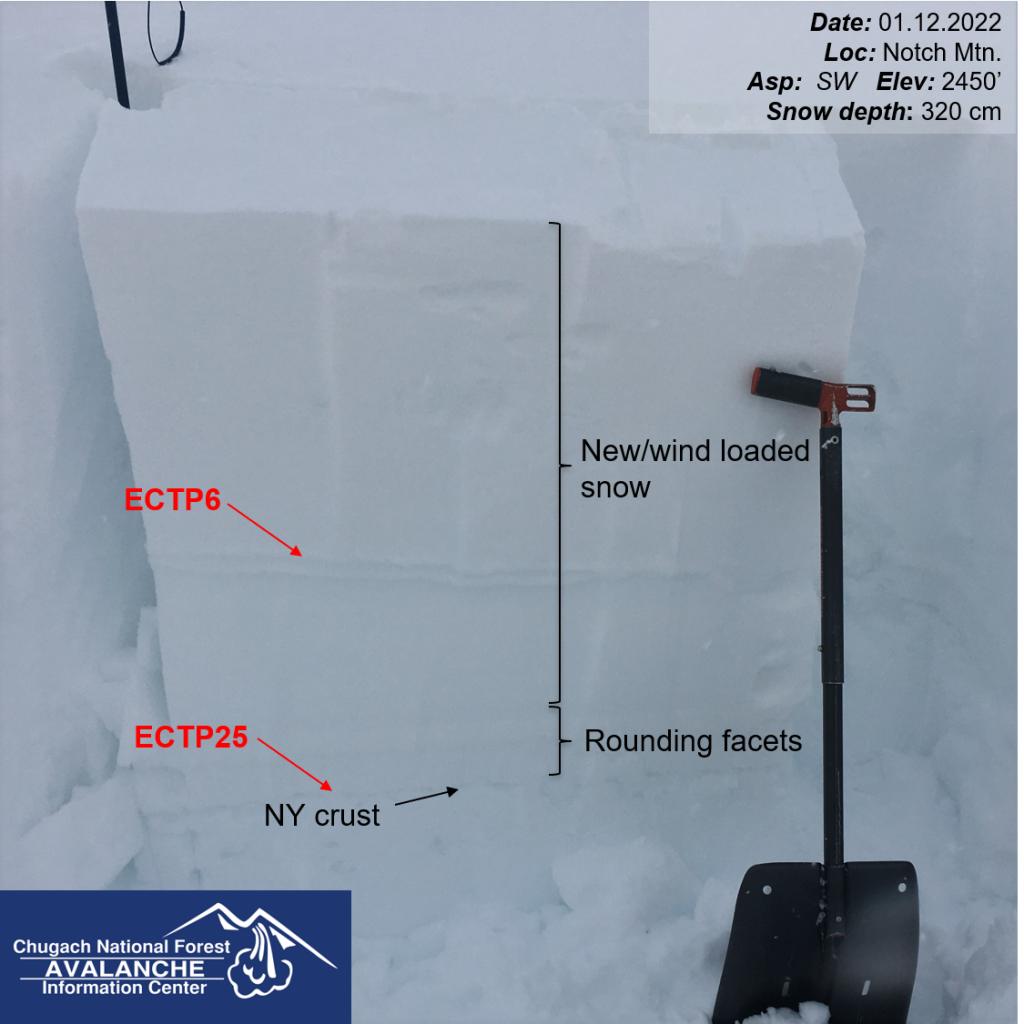 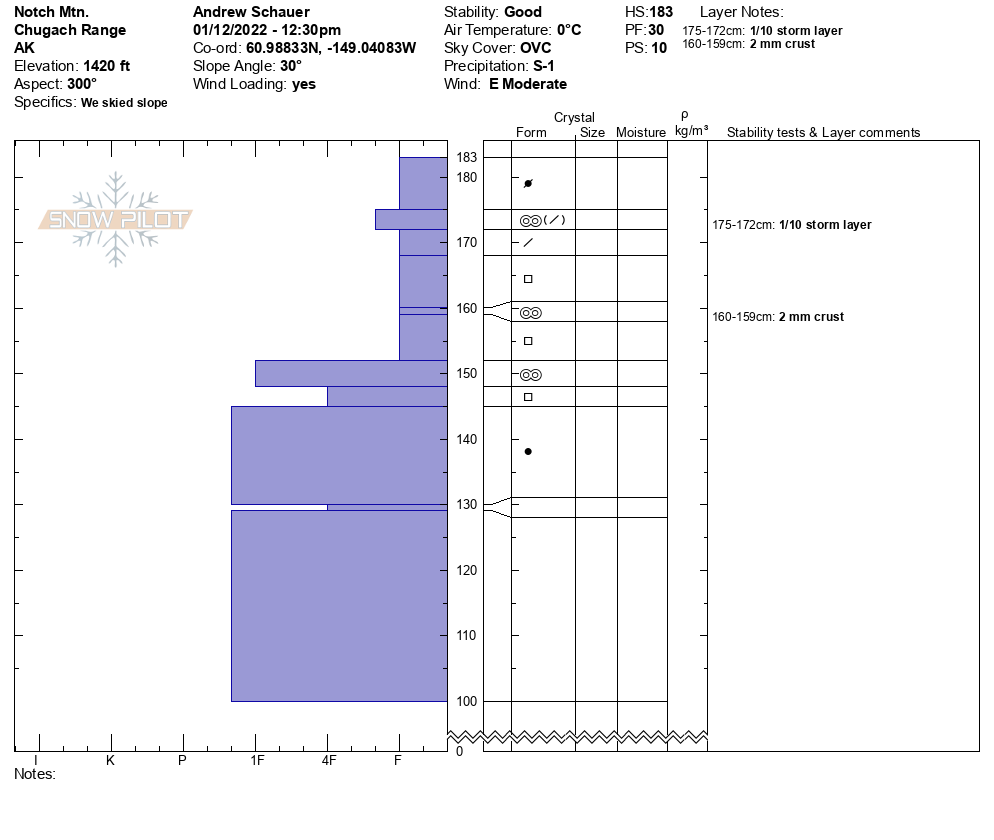 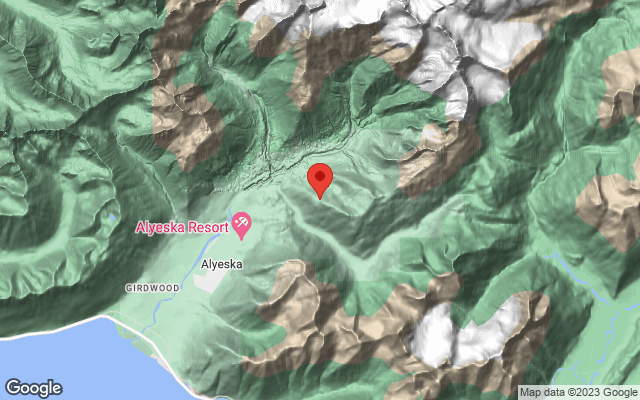