Small slabs that appeared to be 1-2' deep and small dry loose activity appeared to just incorporate yesterday's new snow. See photos below for activity on Notch's sunnyside, and for a small slab that pulled out under a cornice on an unsupported slope along the up-track in the past 24 hours. This activity seemed limited to slopes directly under cornices.

Impressive crowns seen on Mt. Alyeska... assumed the result of control work this am!

Temps in the 20s, broken skies when we managed to get above the clouds... but for much of the day overcast or obscured by valley fog in the 1000-2000' range. Brief period of light N winds at ridgeline midafternoon, but otherwise calm.

A thin crust at the parking lot, increasing in thickness until it was a fragile but 3cm thick melt freeze crust at 1300'. This surface crust goes away completely at 1500', where soft new snow from yesterday measured in at 14-18" to ridgeline. Ski penetration generally 8-14" above 1500'

See below for a pit in a wind loaded location, and for a photo of the structure at 1300'. Winds early in the week - particularly above 2200' - transported a lot of snow, with some very stout 1-2' tall drifts near ridgelines. In places with obvious wind affect from earlier in the week, 4-18" of new snow from yesterday was covering it up, though some neighboring ridgelines - as pictured below - had been blown clean of yesterday's snow. 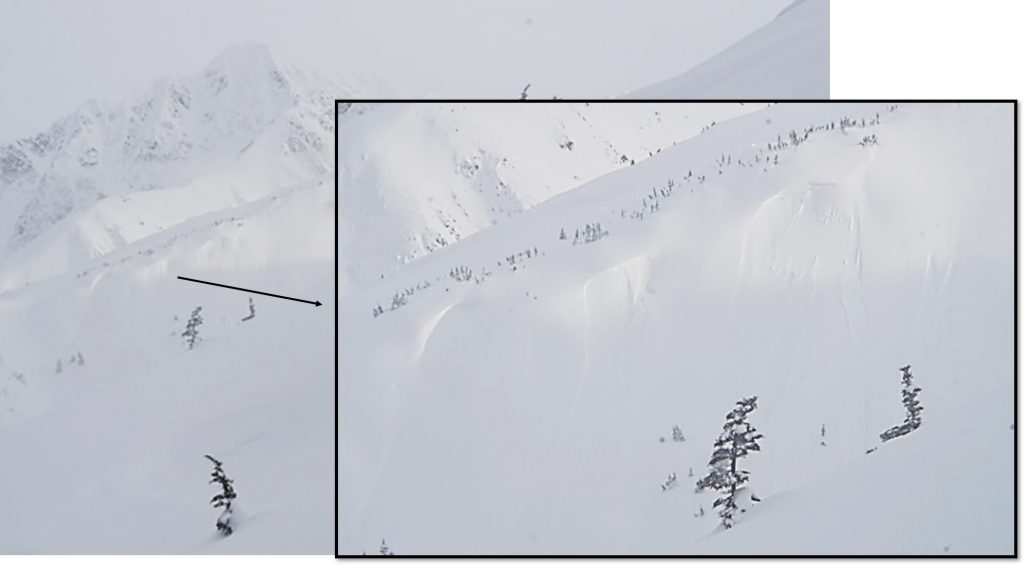 Small avalanches on the sunnyside of Notch 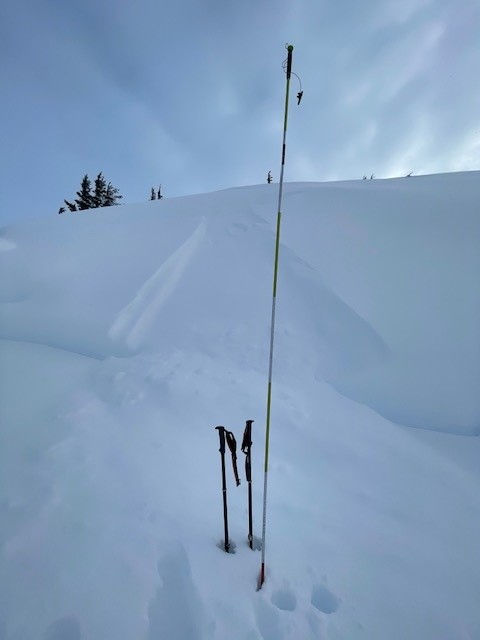 This small unsupported slab along the track up broke just below the cornice at 2200'. With some new snow covering it, it likely released mid-storm yesterday. 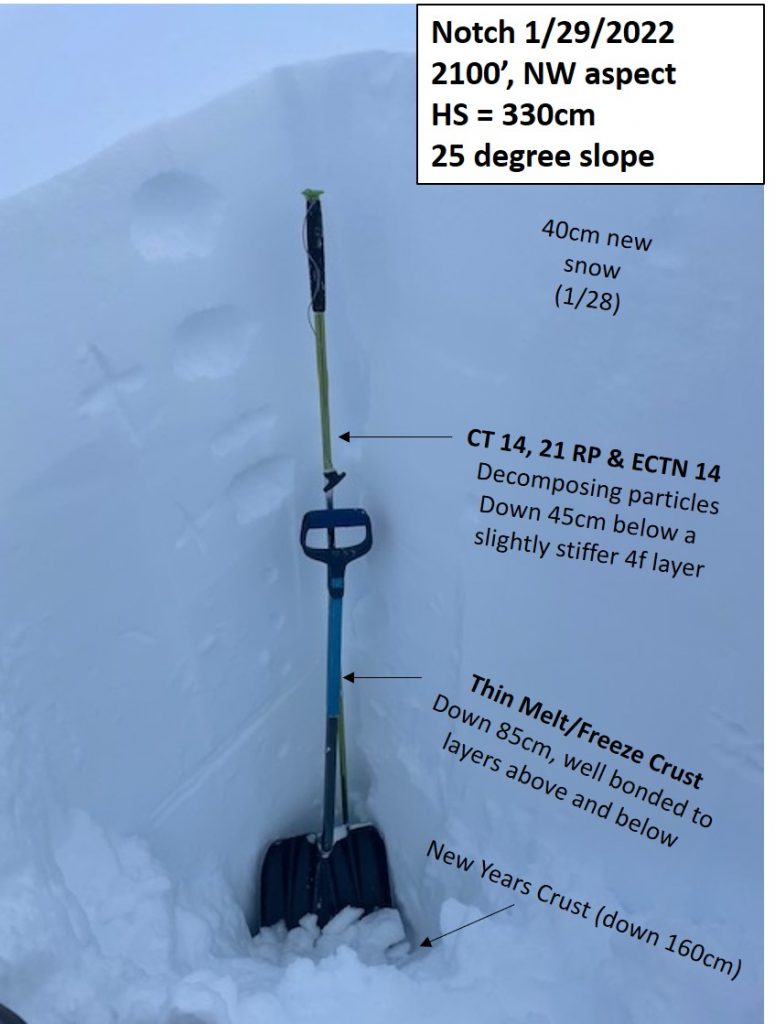 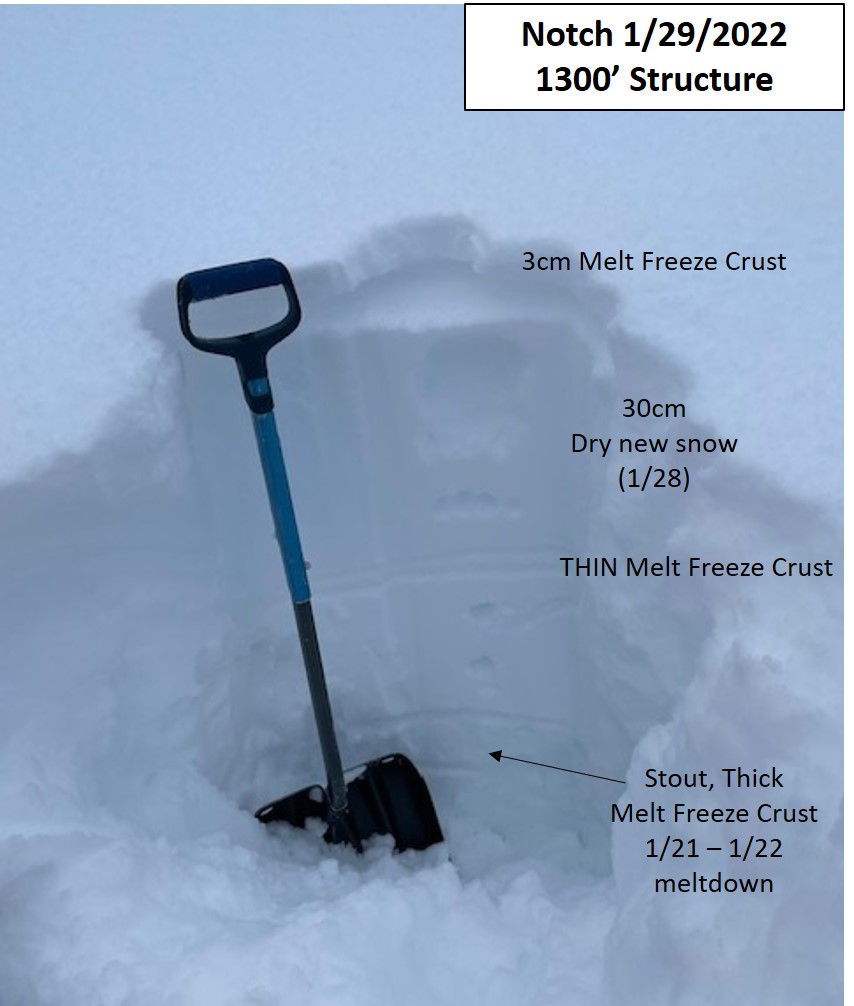 Structure at 1300' where the surface melt freeze crust was thickest. 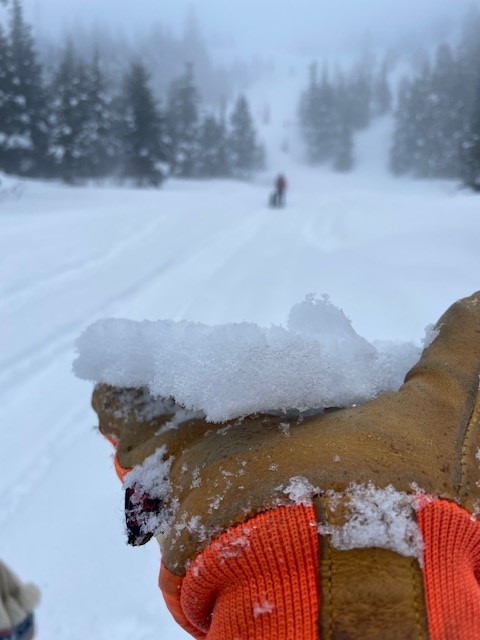 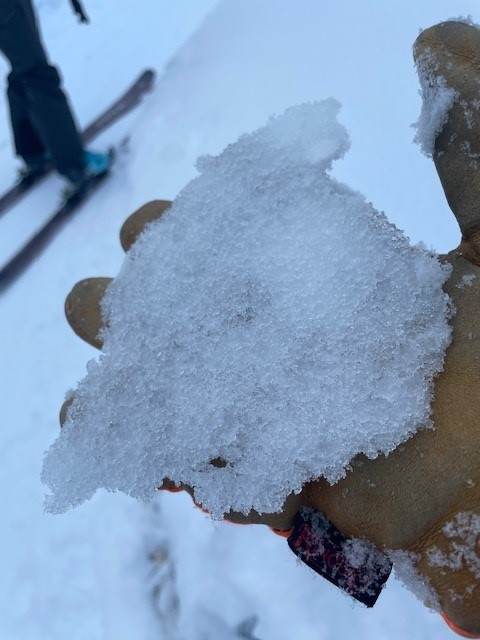 Thin crust on the surface near the parking lot. 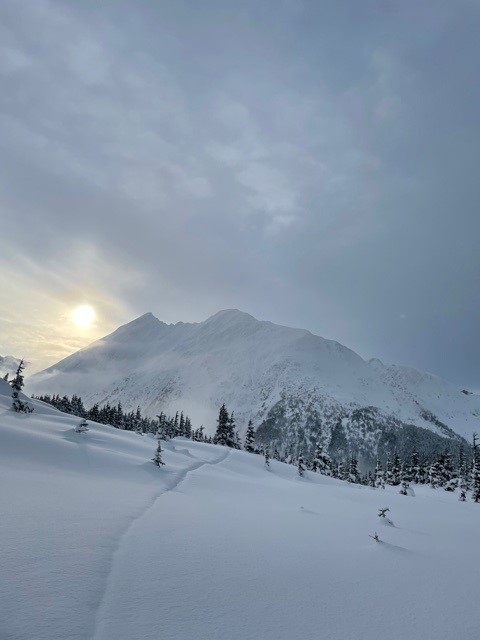 Sky cover above the clouds! Yahoo! 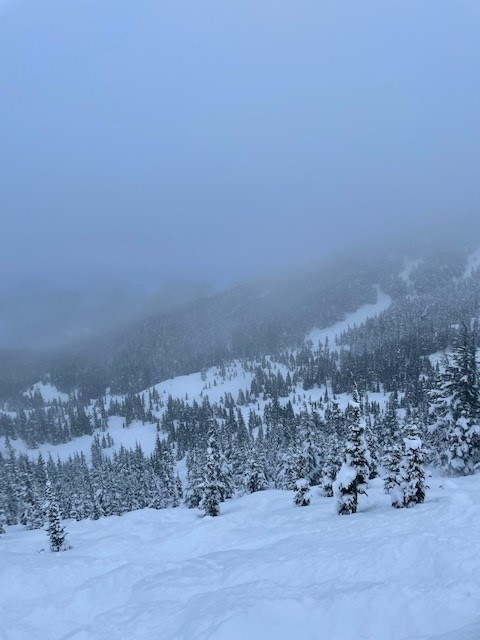 ... and sky cover below the clouds, where we were most of the day... 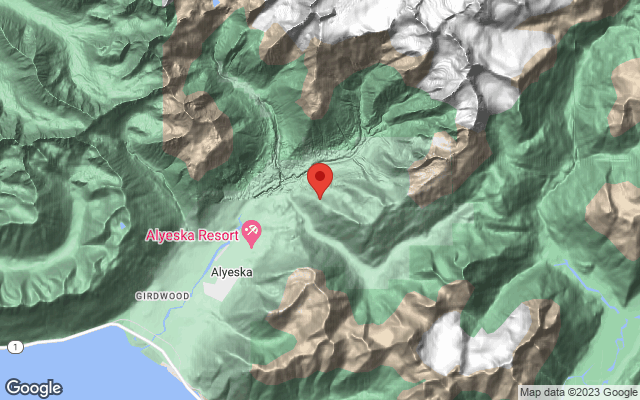