Old small crowns from the last storm seen on the ridge to the north of Notch on a steep SW face.

Broken skies threatening to become overcast or obscured, but never pulling it off!
Occasional light winds from the northeast above 2000'
Temps felt like they were in the 20s

1" of soft snow over a stout but breakable crust at the car, increasing to 4-6" over a thin crust at 1500' - above this the crust goes away completely, with ski penetration of 4-6". Soft snow along the entire route, including at ridgeline where even wind affected locations had 1-2" of soft snow sitting directly on the New Years Crust. Surface hoar - larger at low elevations - was seen in wind protected areas along the route.

Dug a pit just after the trail breaks out above the dense trees - see profile below. Of the three compression tests that had results, the two that had the most pop were rounding facets just below the New Years crust. The third failure - in small rounding facets above the crust - was much more subtle. No result in the ECT. 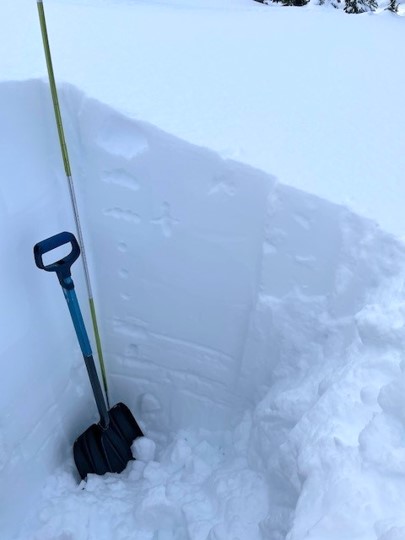 Pit results and structure in a location that was slightly wind loaded during last week's storm. 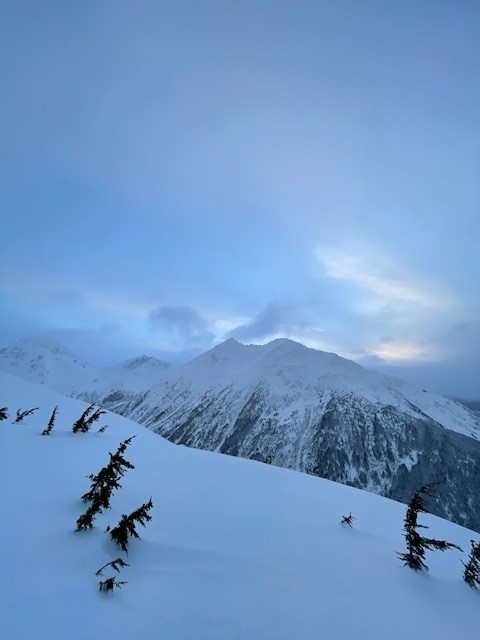 Weather attempting to come in mid-afternoon, looking at the back side of Mt. Alyeska. 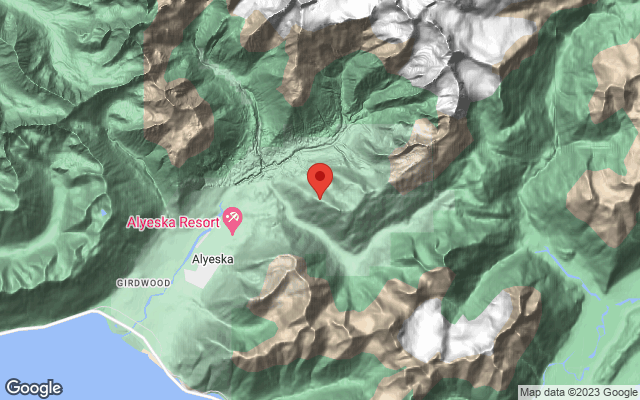