Route: Down Nosebleed then up to the Gold Chord hut, back down via SE aspect and cross hill

Weather: Few clouds, temps in 20s.
occasional light south to east winds, but some periods with moderate snow transport observed on ridgeline in the afternoon.

Snowpack: variety of surface conditions but generally ski penetration of 1-6” of soft snow depending on aspect. occasional thin wind slabs – up to 8” thick – on more northerly or westerly aspects. No formal tests, but a majority of these slabs sat on a softer but relatively thick layer, and w/ moderate results on hasty hand shear tests. Mid-elevation cornices in test slopes were quite soft and would fail with skier weight, but just under foot.

Observed one d1 slab, ~2-6” thick, get triggered directly by a snowboarder off the top of nosebleed, and several other d1 slides on north to west aspects of nosebleed/microdot triggered throughout the day. From seeing other wind deposits i’m also thinking soft slab in nature. See pictures below. 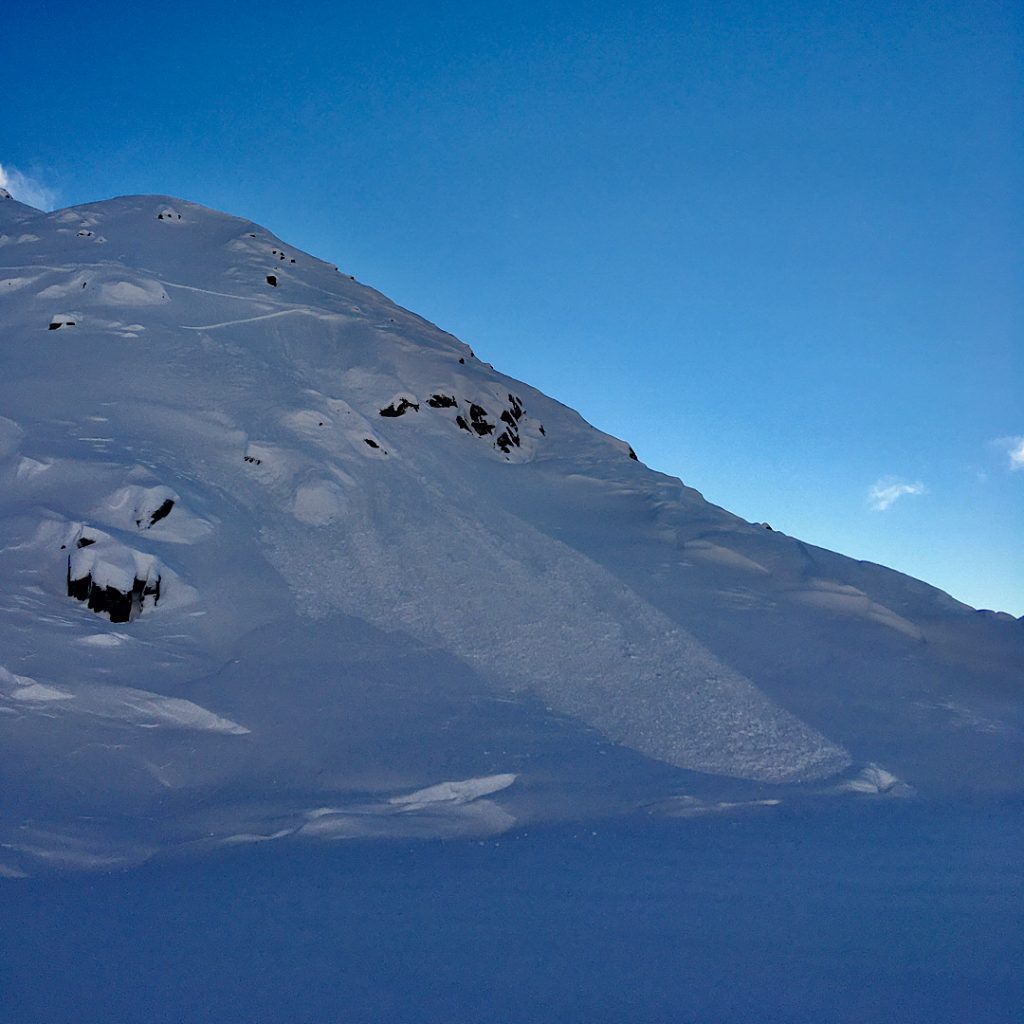 Skier triggered d1 slab running down to the lake below nosebleed 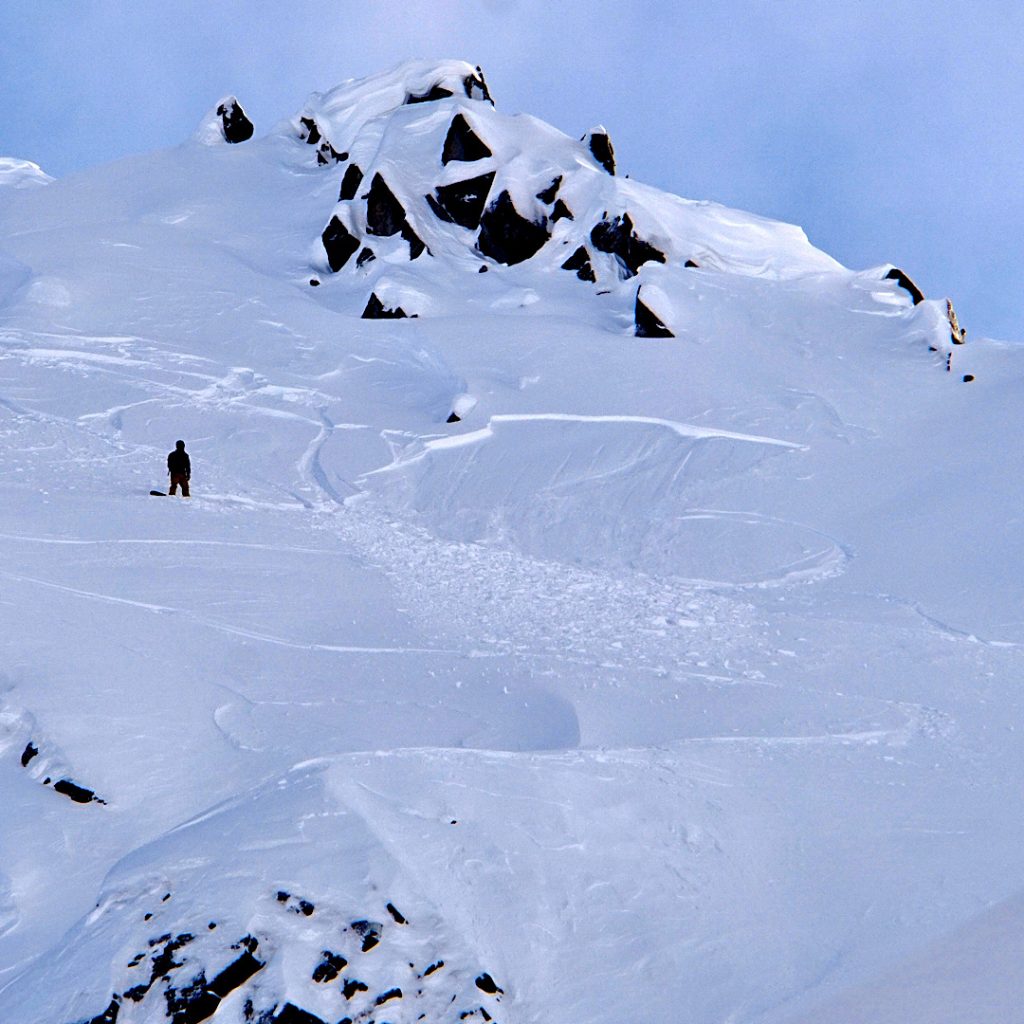 D1 triggered off the top of nosebleed 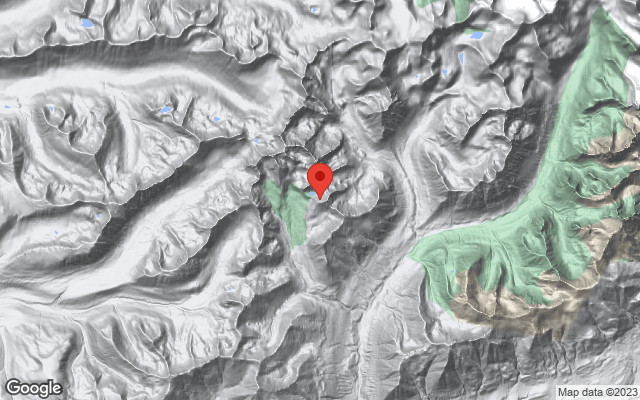