Observed evidence of a large and widespread wet slab avalanches. One notable one was on northwest aspect of Hatch ridgeline, above $1000 run. Toured up road, felt sketched out by big waving red flag.
Looked like two separate slides off of the Hatch ridgeline. The lower avalanche slid to the ground surface, while upper avalanche slid on weak layer in snow, but not to ground. The upper avalanche appears to have be triggered by a cornice failure. Snow conditions were firm corn on the road and unconsolidated punchy deep corn off the track. Multiple roller ball point release slides from rocks and under cliff bands. Saw two large avalanches off of the north side of government peak on the way down the mountain as well. It was warm, intermittently sunny, and very pleasant out. 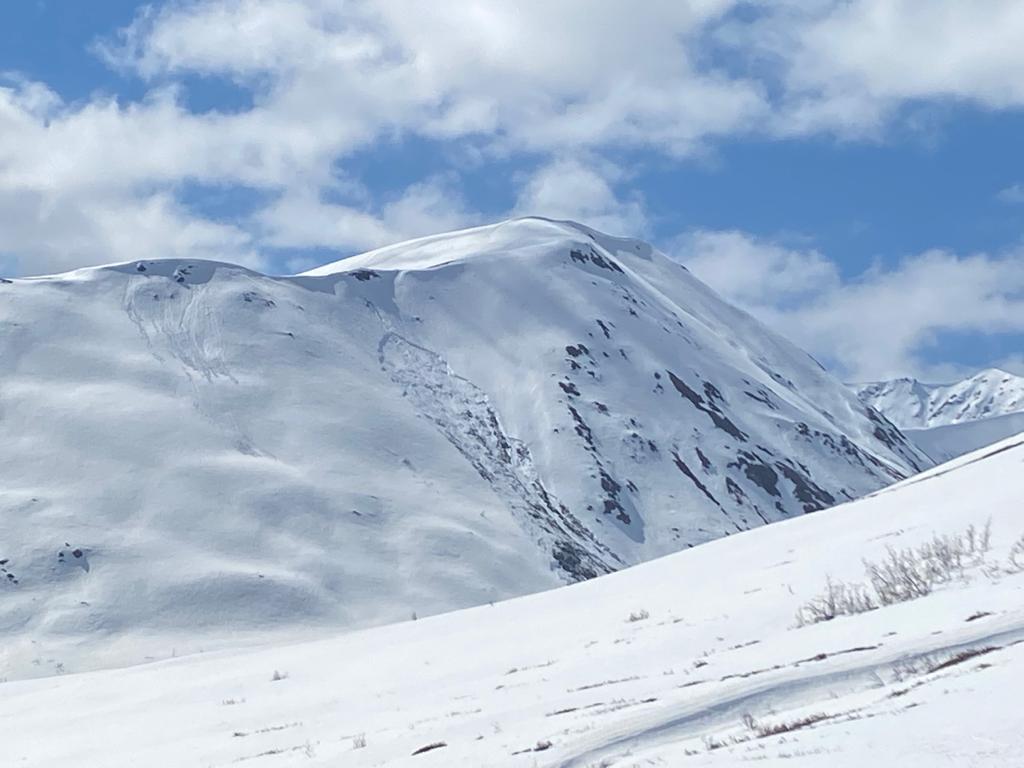 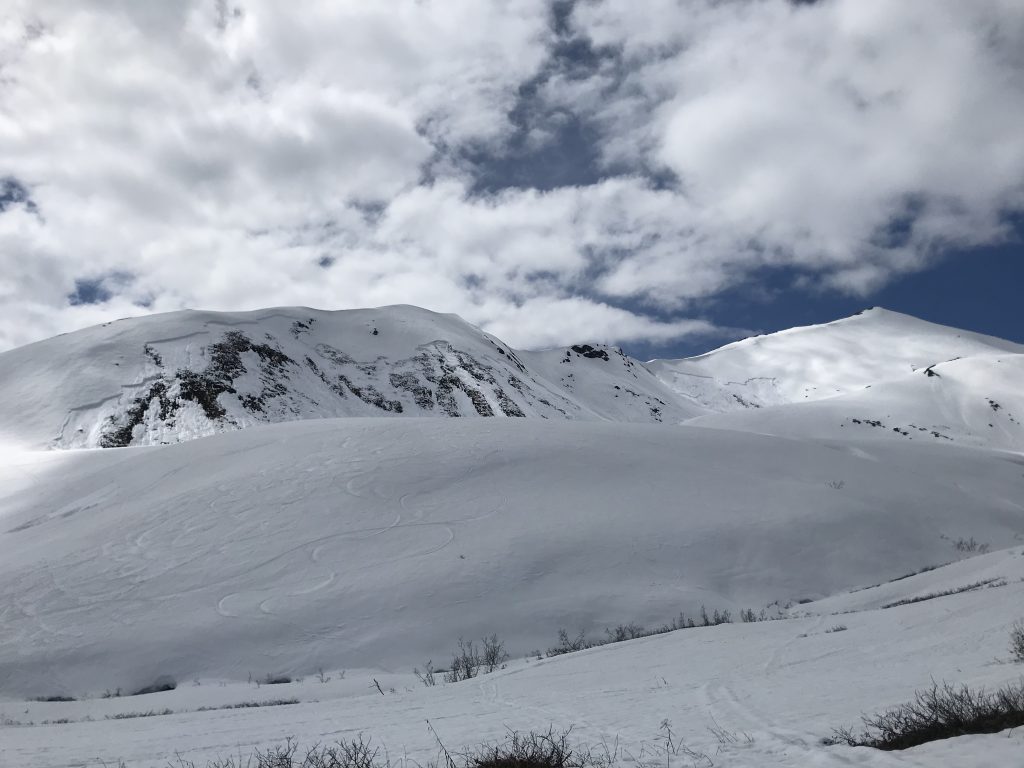 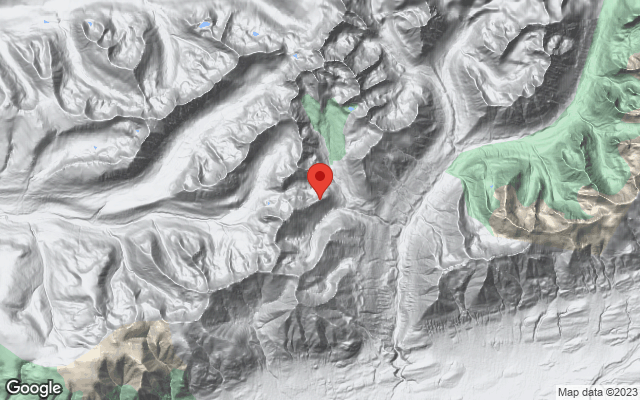