Today we climbed up to about 2500 feet on North Gilpatrick under clear and
sunny skies, calm winds, and temperatures in the mid twenties. We saw one small
shallow slab (photo) that pulled out recently on the south face of Summit
Mountain about a half mile up Summit Creek from the highway. We also saw some
point release slides on the east face of Summit Mtn.

We dug our first pit on a NE aspect at 2500 feet on a windward slope that had
been recently sculpted by the wind (photo 2). Here the snowpack was only 85 cm
deep with the bottom half composed of depth hoar and some ice crusts.
Compression tests gave CTM x2 (16Q2 and 19Q2) on a layer of depth hoar about
50 cm down from the surface.

We traversed around the ridge and dug a second pit on a SE aspect. Snow depth
here was 160 cm with a very slight sun crust on the surface. Another 1cm thick
sun crust sat about 10 cm below the surface. Below this was 4F hard snow
transitioning to a pencil hard wind slab down to 75 cm where we found the near-
surface facets from January again (1F). First test gave us CTH, 26 at this
interface with a high energy Q1 as the entire block slid off the column into
the pit. Despite our excitement, the extended column test done afterwards
yielded no results. 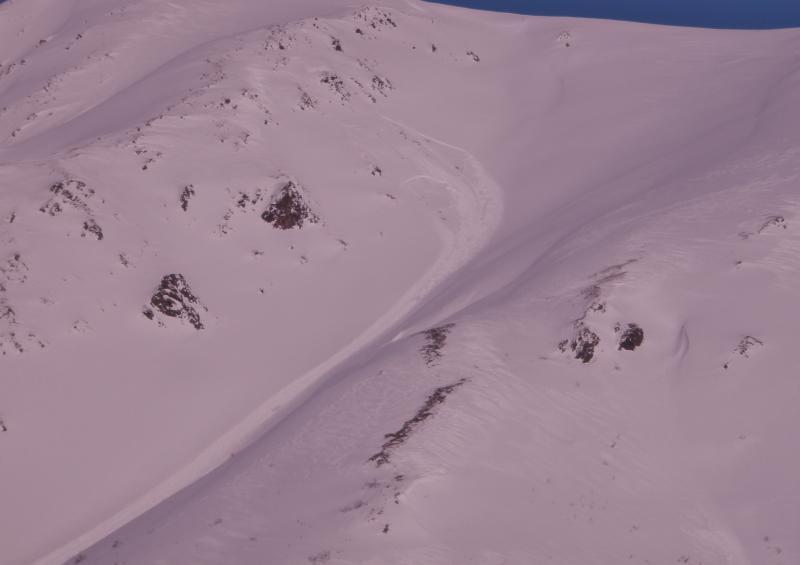 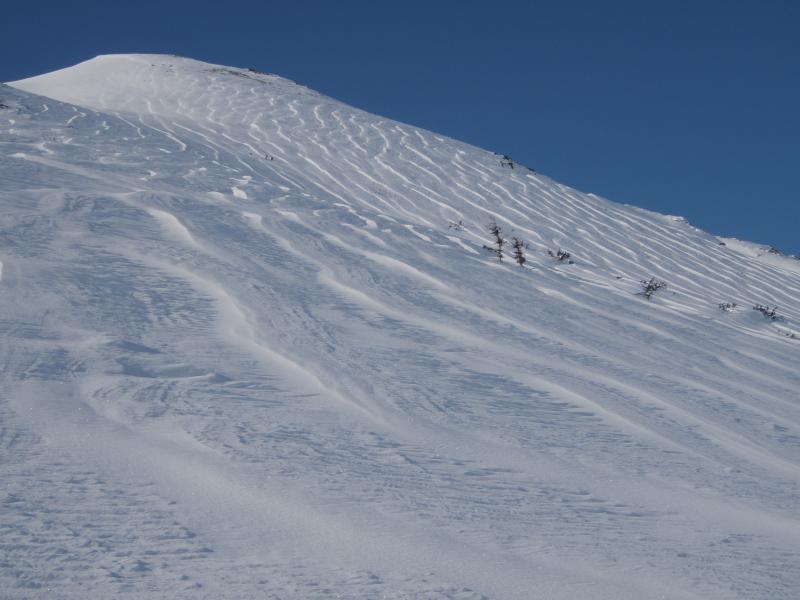 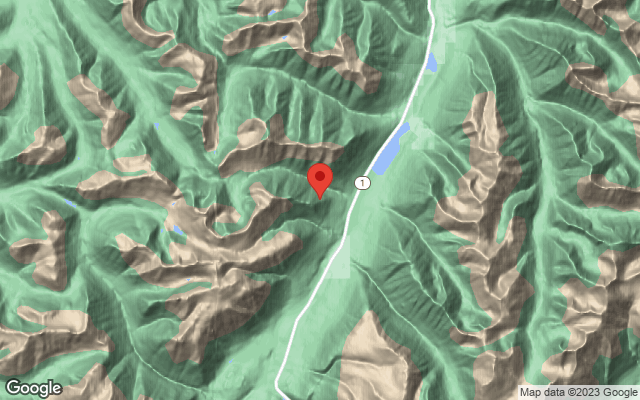