1-3 inches of valley surface hoar has formed on the rain crust in both Center Creek and Divide Creek valleys; we found it as high as about 2,100 feet in upper Divide Creek valley. This hoar could create some nasty avalanche potential along/above Divide Creek, which is a deeply incised terrain trap, if there is significant snow on top of it. Divide Creek valley seems to get zero sun this time of year, and isn't very windy, so barring a change in conditions that surface hoar will remain.

Also, we dug a pit a few hundred feet below the toe of Bench's north-facing glacier, on a 27 degree slope at approx 2,750 feet elevation:
ECTX
CT 4 (storm snow 3 inches down, Q3) and 19 (13 inches down, Q2)
Pulling out the unreactive ECT block did reveal a smoother, planar layer about 2 feet down, but it was not reactive in either test--it required a lot of force to pull the block off that layer.

Snow both on and below the glacier was nicely settled pow with only a tiny amount of wind effect. No indications of instability where we skied.

We could see a previous slab avalanche on a N/NE facing headwall approximately a half mile east of Bench's summit. Since wind effect in valley suggested prevailing winds from the southeast, we guessed that slab across the valley may have released during or shortly after a recent wind loading event. 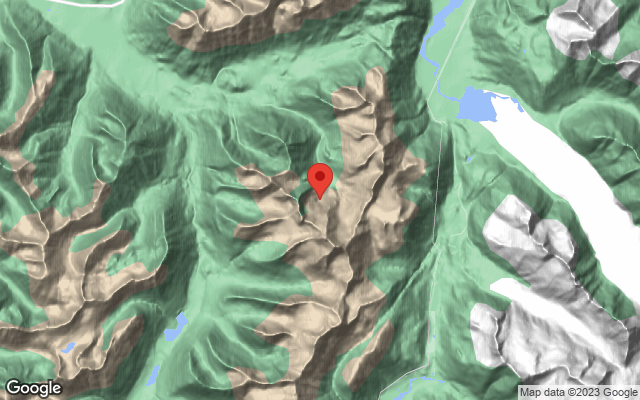