In Peters Creek, covered all aspects up to 5500′. Areas of poor structure are my greatest concern. Although with additional loading, surface hoar (8mm) was observed above 4000′ on all aspects, presenting a future problem. There are also faceted crystals under the melt-freeze crust on solar aspects.

Persistent Slab avalanche that was around 30cm thick, 60m wide and running 150m. Poor structure in the snowpack and weak layer was faceted crystals. Avalanche was triggered by ski cutting a convex roll, which also happened to be a shallow area. Avalanche was slow moving.

Generally poor snow structure (3 of 5 lemons). Low continuity / high spatial variability due I believe mainly to previous wind effect. Above 4,000' surface hoar (3-8mm) was observed on all aspects. Solar aspects had non-supportable melt-freeze crust up to 7cm thick below 3,000' on suitably angled slopes. Where an old wind pressed layer existed within the snowpack, small whumpfs with cracking was occasionally observed. The largest extent of cracking was a 4m radius. 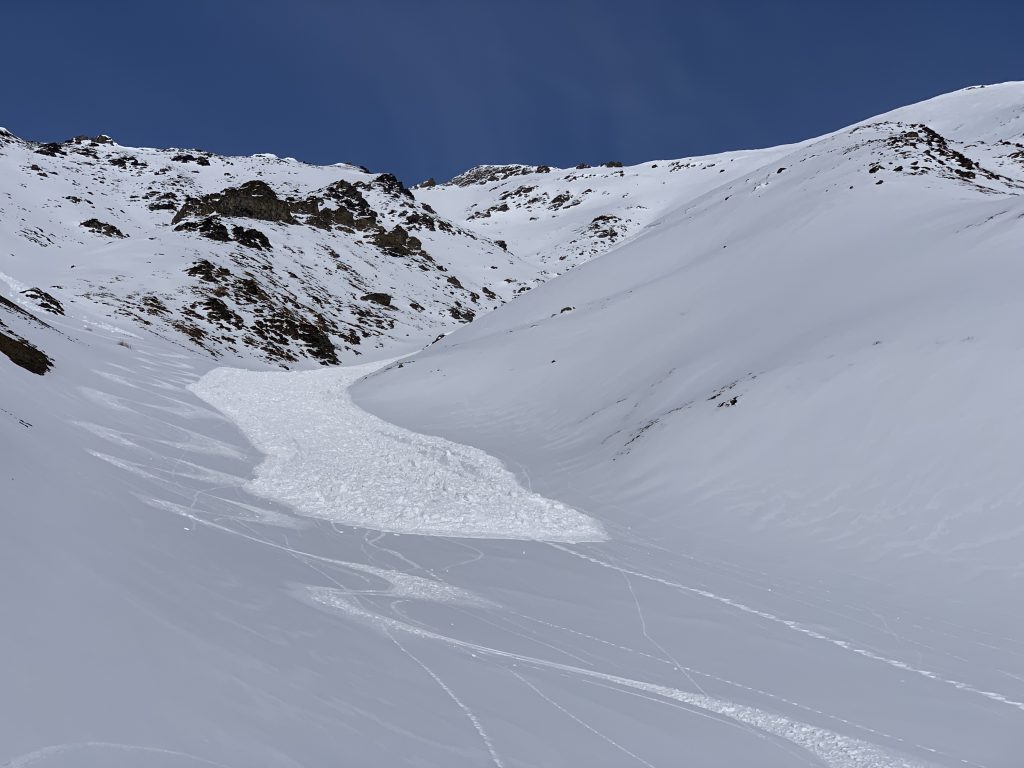 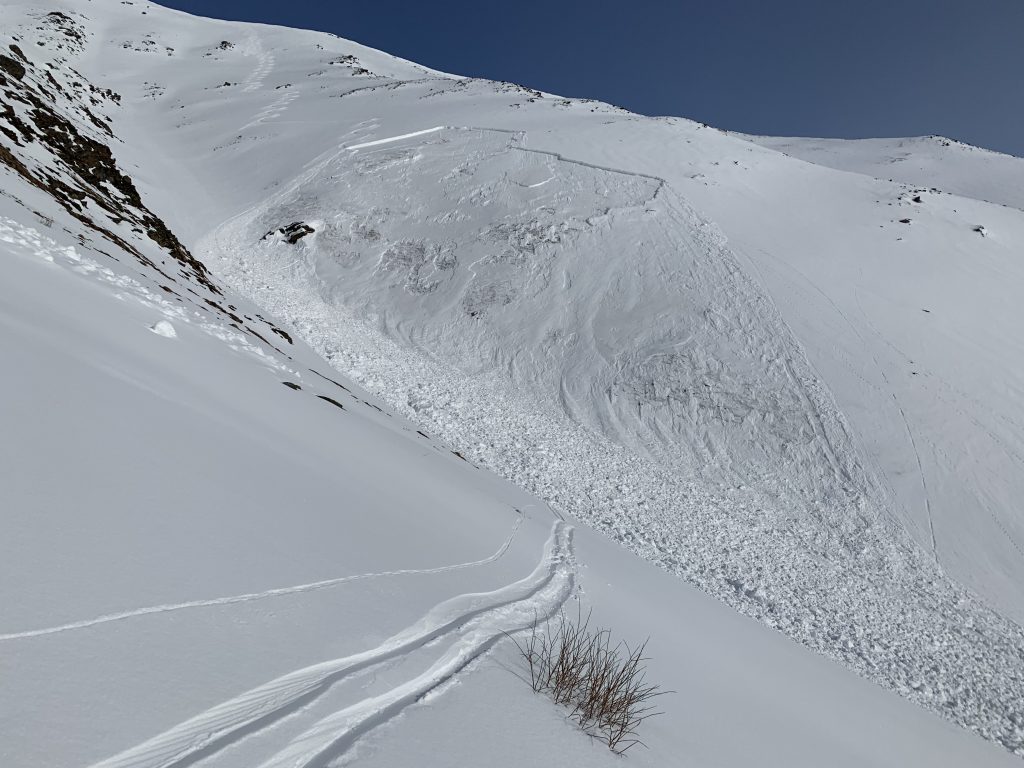 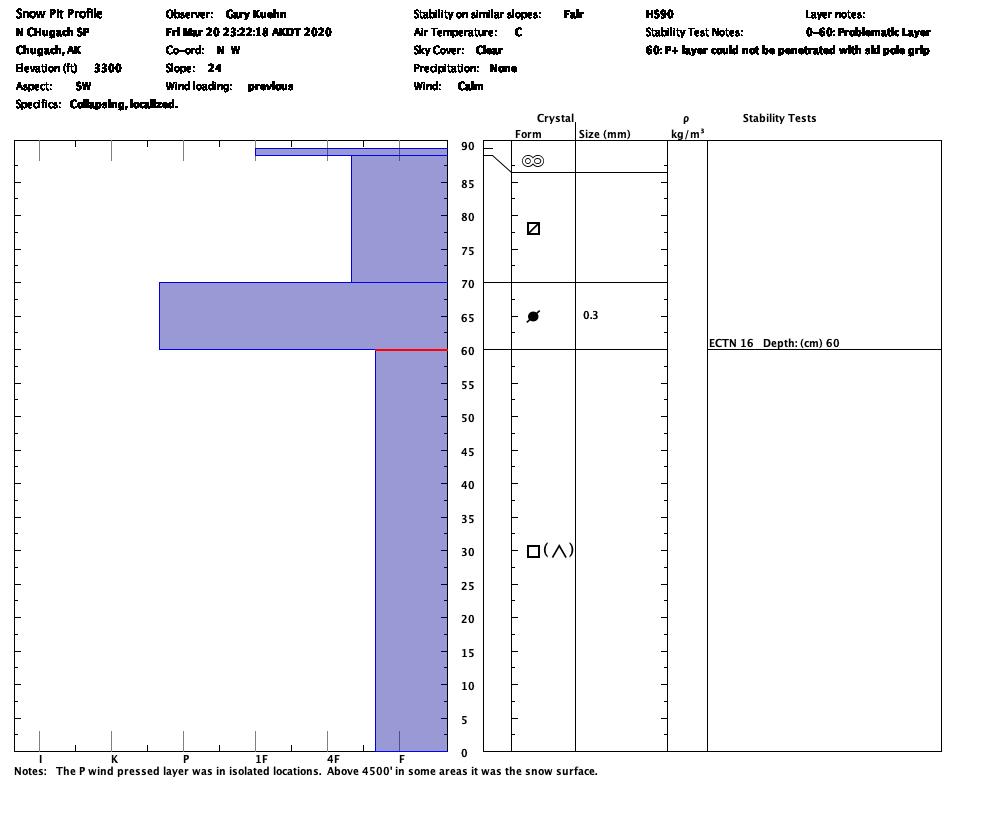 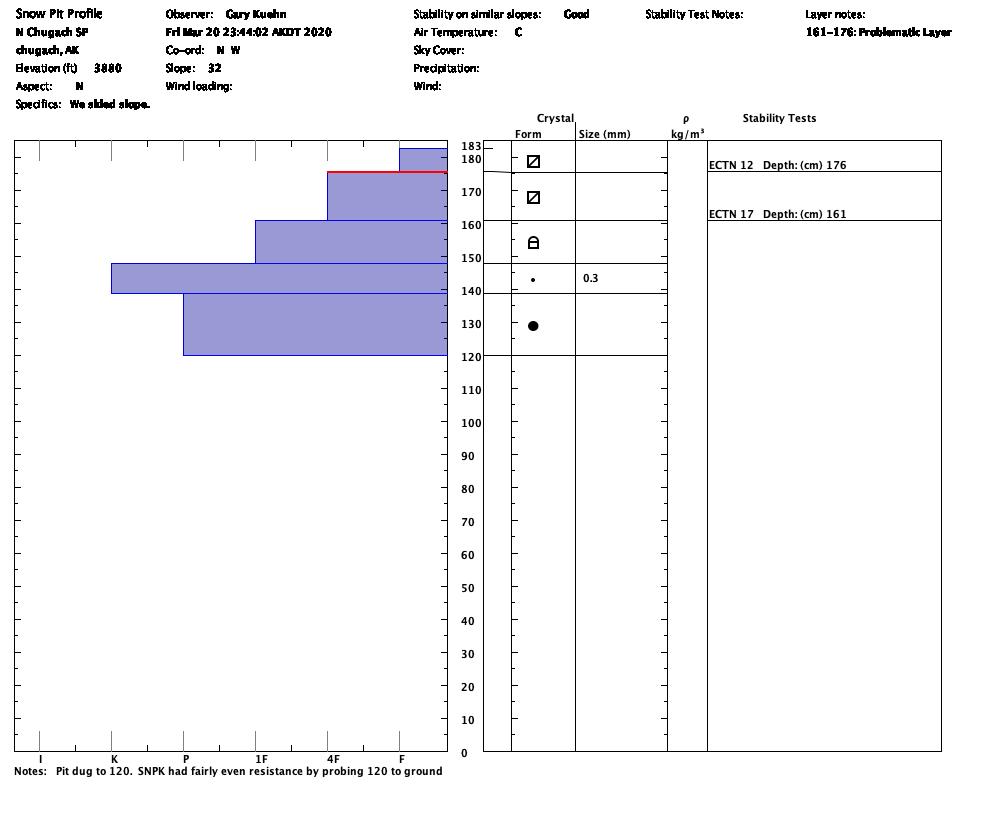 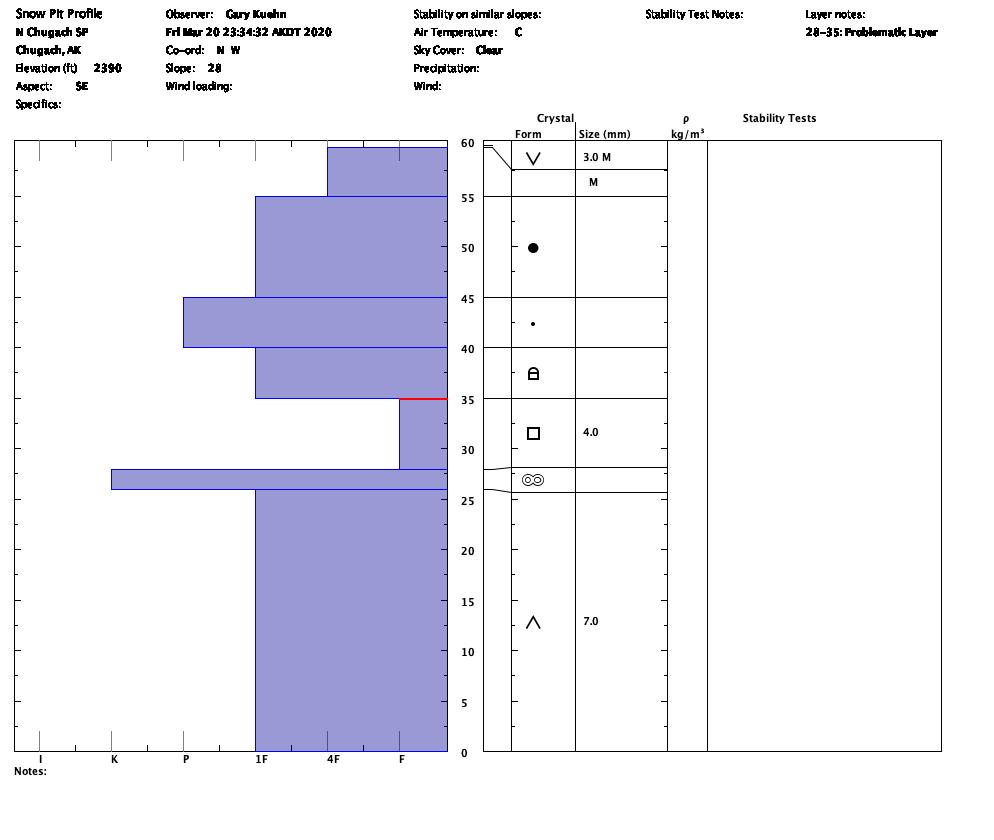 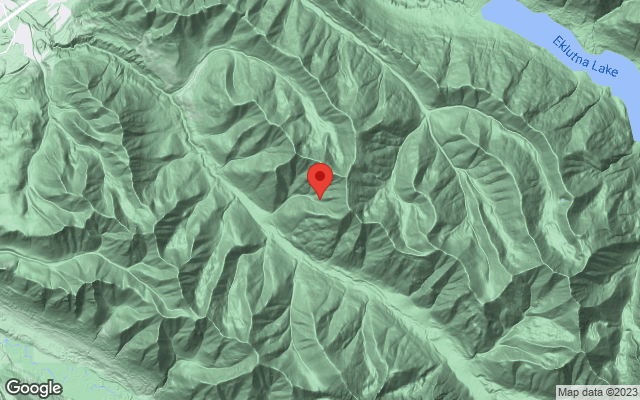