Skinned up SF Eagle River trail to Hunter Pass and up ridge to south to access North Bowl on backside of ridge. Snowpack condition is extremely spatially variable – very poor structure in places (slabs over facets) to scoured in other spots.

The first skier to descend triggered a soft wind slab avalanche on their 4th turn, about 20m down onto the slope. The visibility was so bad that it wasn't obvious an avalanche was happening to anyone at first. The first skier was knocked down and then carried in the sliding soft debris for ~200 ft downhill. They lost all their equipment in the incident but were never fully buried. Both skis were found lower down the slope on the surface of the debris. At this point it was difficult to see the crown, track, or runout of the avalanche from the ridge because of poor light. The second skier followed the first skier track and made 3 turns on the flank of the avalanche path trying to get to the bed surface of the 1st avalanche to go down to the first skiers aid. They triggered a 2nd D1 size avalanche that knocked them down and carried them ~10ft before they were able to arrest themselves on the bed surface and the debris all flowed around them. A third skier that was alone and from a 3rd party was instructed to keep watch and then descend the skin track.

The entire bowl is very unstable. The snowpack structure in the bowl was unexpected to us as we know the area well and had assessed the weather and conditions. ...but obviously not well enough! It was obvious after the avalanche that it is very similar to reports of the snowpack structure in Turnagain Pass. The bowl has a ~10-12" new soft wind slab on top of suspected buried surface hoar layer on top of a very hard old wind slab. It was not triggered by the light cornice fall, but was very sensitive to a skier trigger (as witnessed twice!) and propagation.

The avalanche started on a 32 degree slope, propagated several hundred feet and ran down hill slowly until it arrested on slopes <30 degree. It was a surprising snowpack structure considering it was not observed anywhere else in the ascent. It also is very touchy and has a lot of hangfire on the flanks that could be easily triggered by another skier trying to ski anything over 30 degrees in the bowl. It also has the potential to propagate across more of the bowl.

We feel VERY fortunate that it wasn't a worse situation for us, but want to warn anyone going into the Front Range, and North Bowl area that the bowls >30 degrees likely have a very sensitive and dangerous snowpack structure right now, and caution should be used in your terrain choices.

No natural avalanches observed. Fairly good visibility throughout valley. Did see 3 small soft cornice failures off small corniced ridge into North Bowl. They did arrested quickly and did not trigger anything in the snowpack

Various old wind slabs and newly developed soft wind slabs on steep shoulder of ridge on ascent. Snowpack structure is so variable across all the terrain. All wind slab in places, wind slab with facets underneath, soft snow, hard 3" crust with ~12" of faceted snow underneath, scoured to ground in other places.
North Bowl had a small cornice across the top, with newly blown in snow on surface. It also had bare scoured spots throughout. 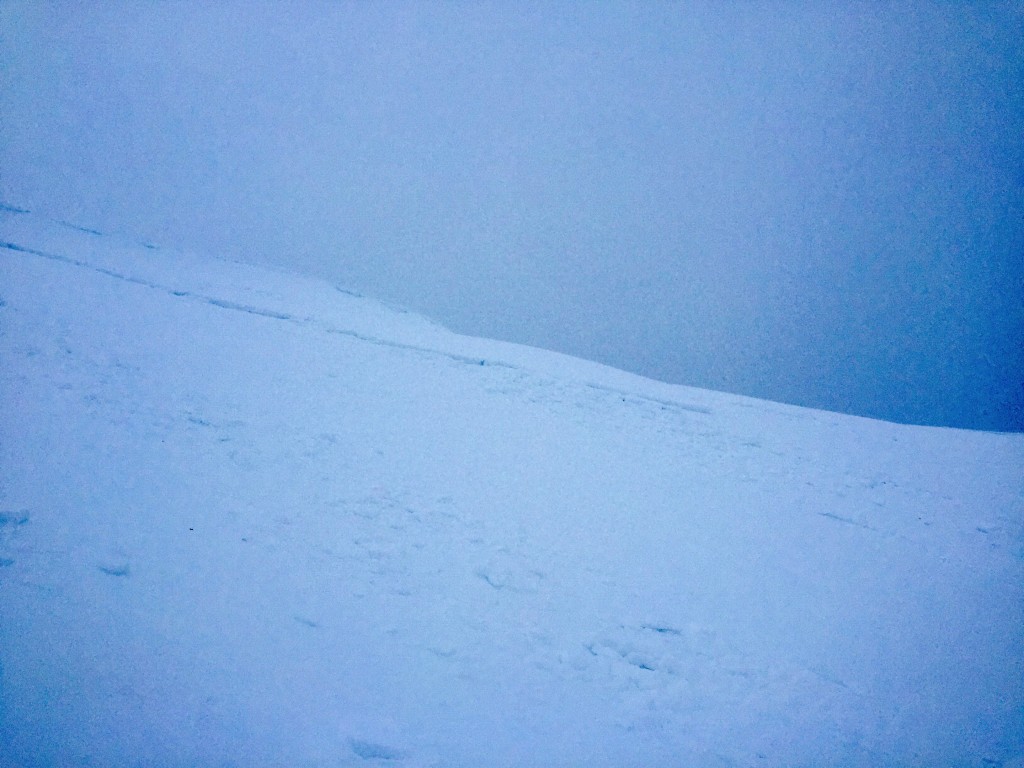 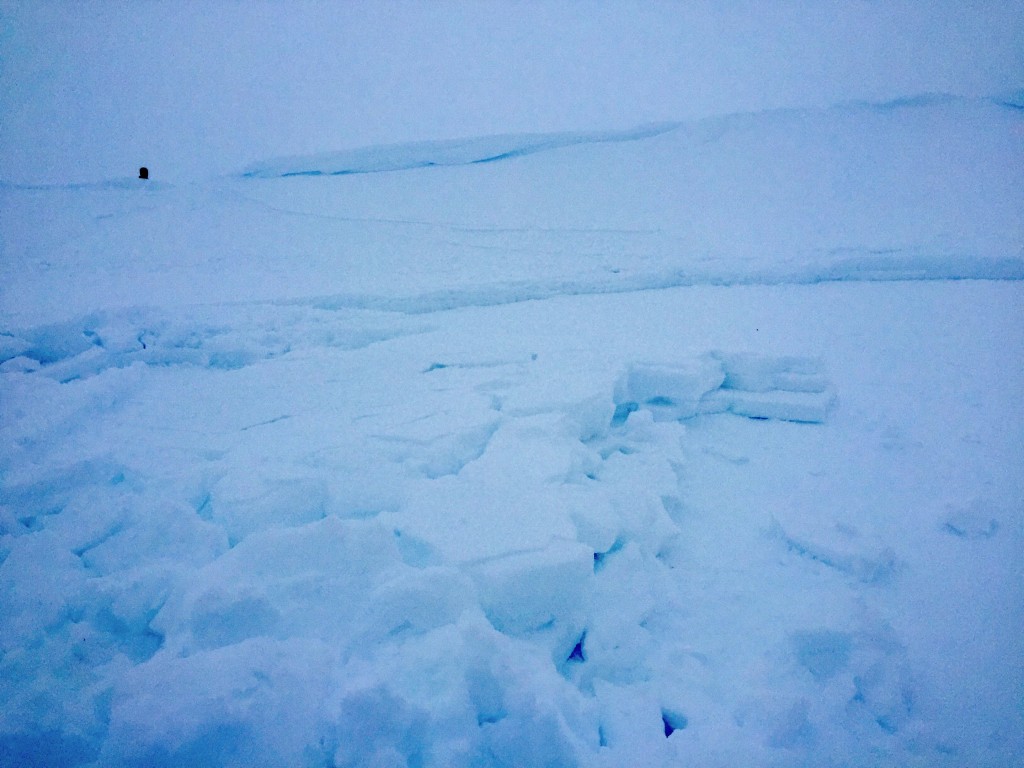 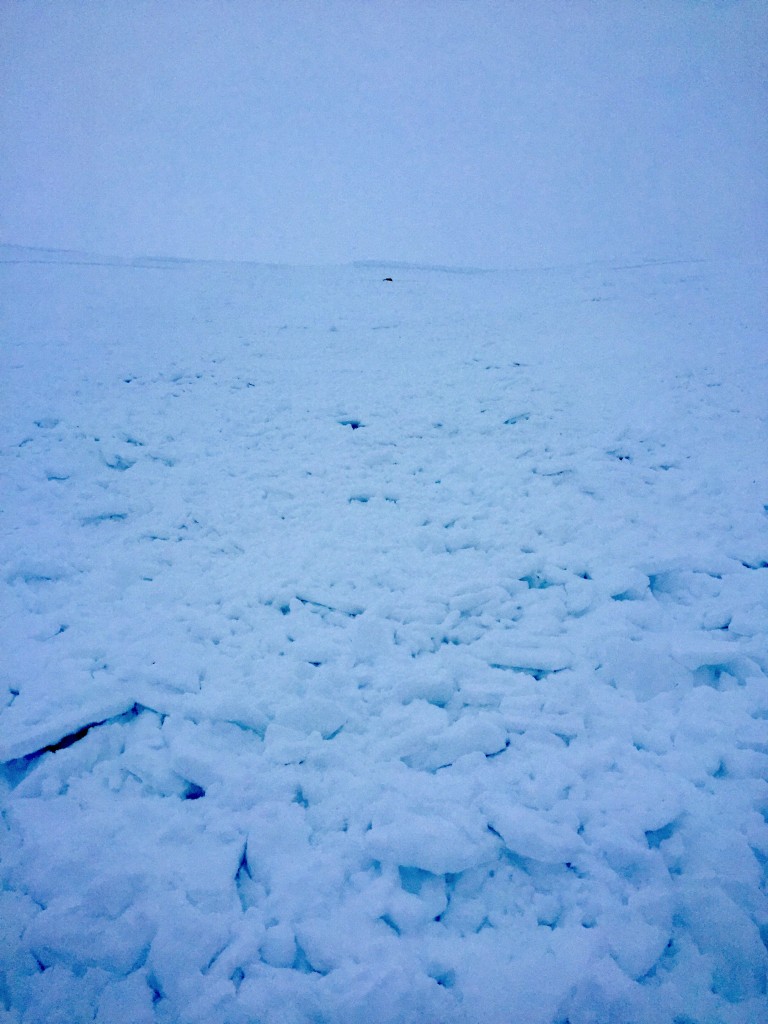 Looking up to ridge, half way down debris pile of full runout of D2 avalanche 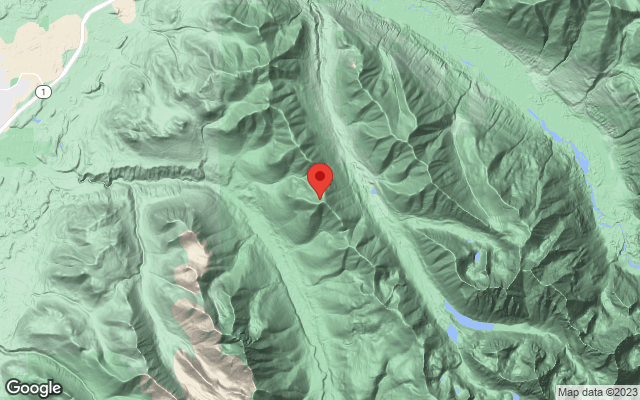