Location: N side of Cornbiscuit, PMS bowl/ Magnum to 3500'

Toured up between Magnum and Cornbiscuit. Dug pits on the N side of Cornbiscuit and the SW slope below PMS bowl on Magnum. Topped out on the ridgeline of Magnum at 3500′.

Cold and sunny in the morning, 6F at the trail head. Skies clouded over as the day progressed. Light winds in the alpine and at ridgeline.

Variable wind skin at treeline and into the alpine. Thin sun crust present on steeper southerly aspects. Ridgetop had been hammered by wind. Snow surface conditions from throughout our tour:

Wanted to get some data from a cool, shady, North aspect. Found the Feb 9th buried surface hoar sandwiched between pencil hard slabs. The layer was reactive during tests:

Looking to see what the snowpack was doing in a more sun exposed location. Surface had interesting cupped facets, due to advanced near surface faceting and sun crust was faceting away. Bottom of the snowpack is still pencil to knife hard old melt freeze crust/ depth hoar combo. Had a few test results on the (near surface facets that were buried on Feb. 9th) hardness interface 40cm down from the surface but none of the results showed propagation: 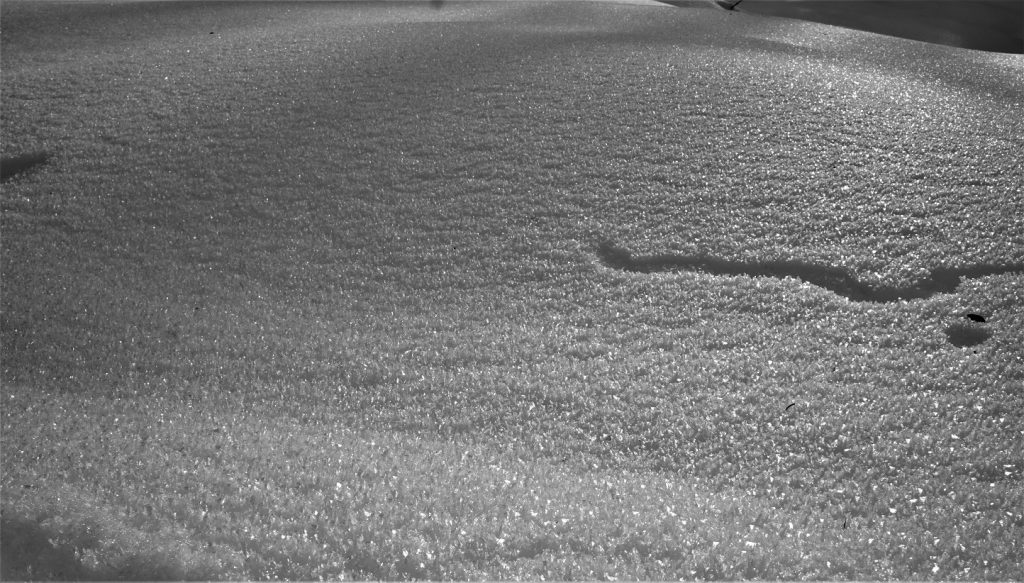 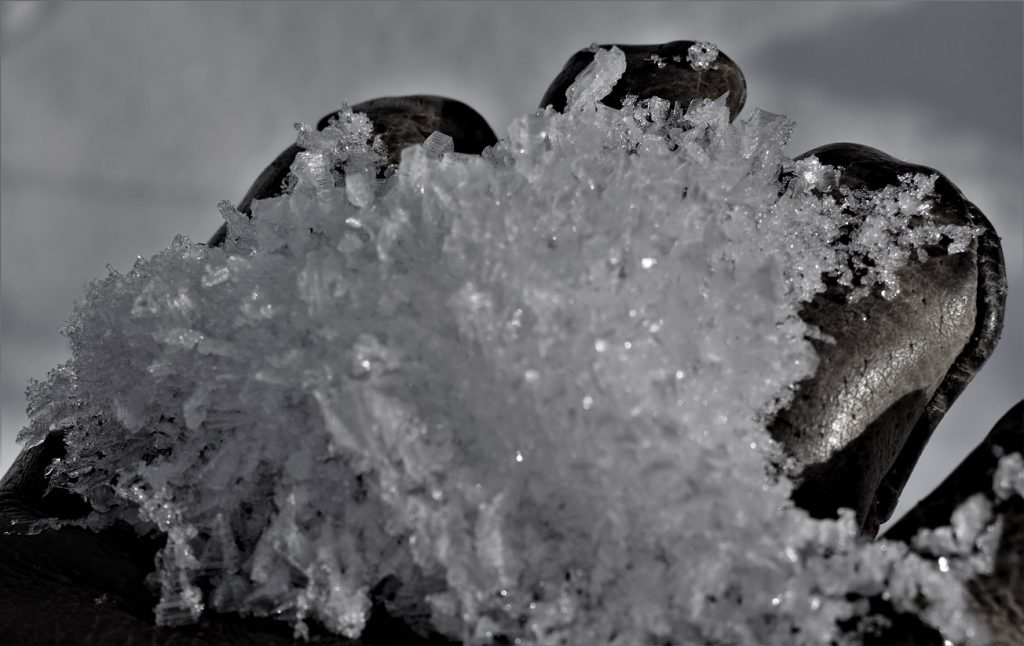 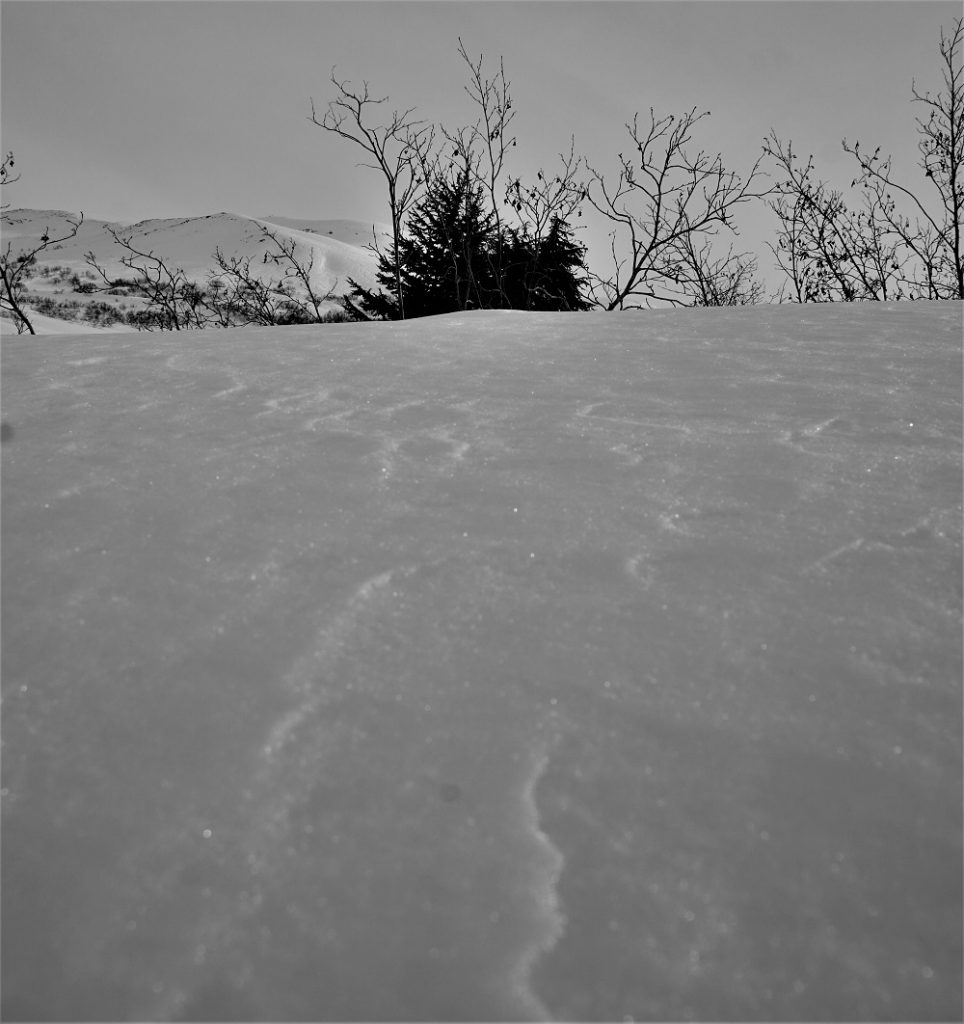 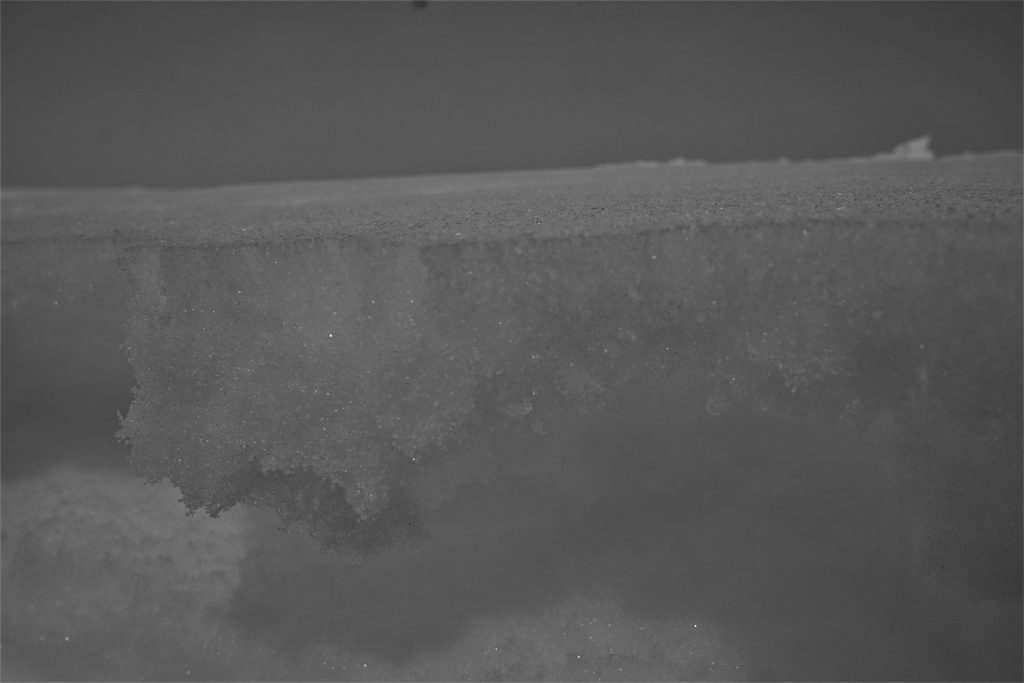 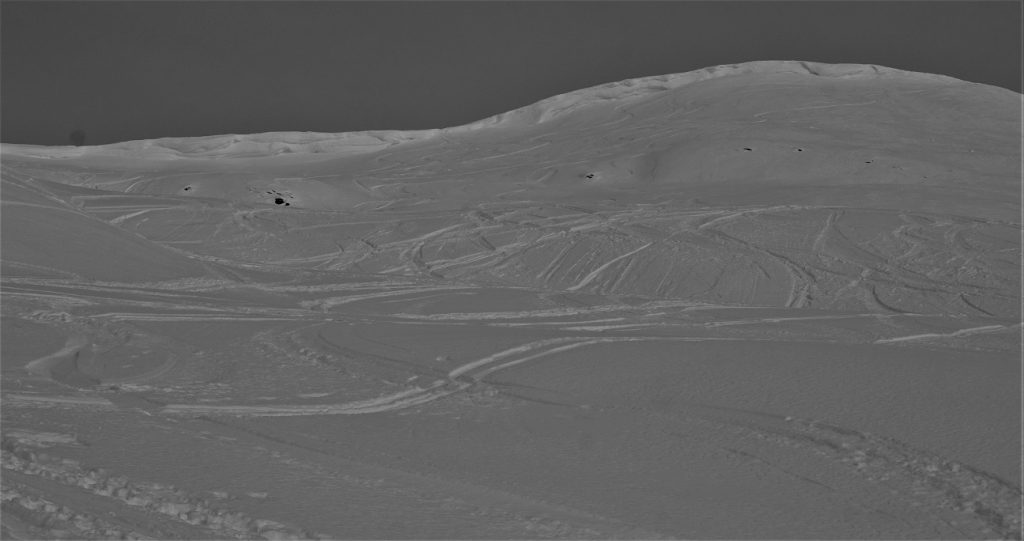 Surface conditions at 3000'. Lots of tracks that had set up much harder than their surroundings. 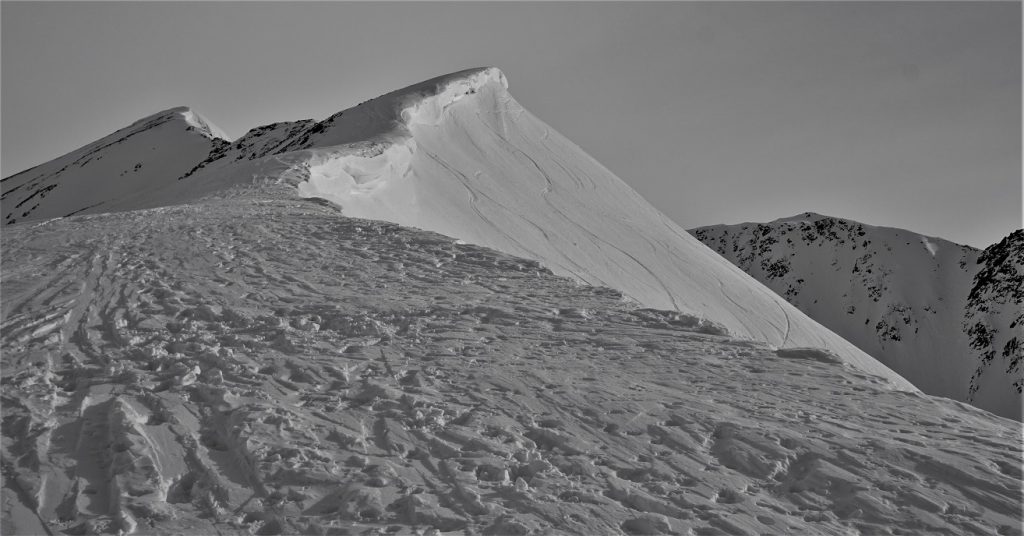 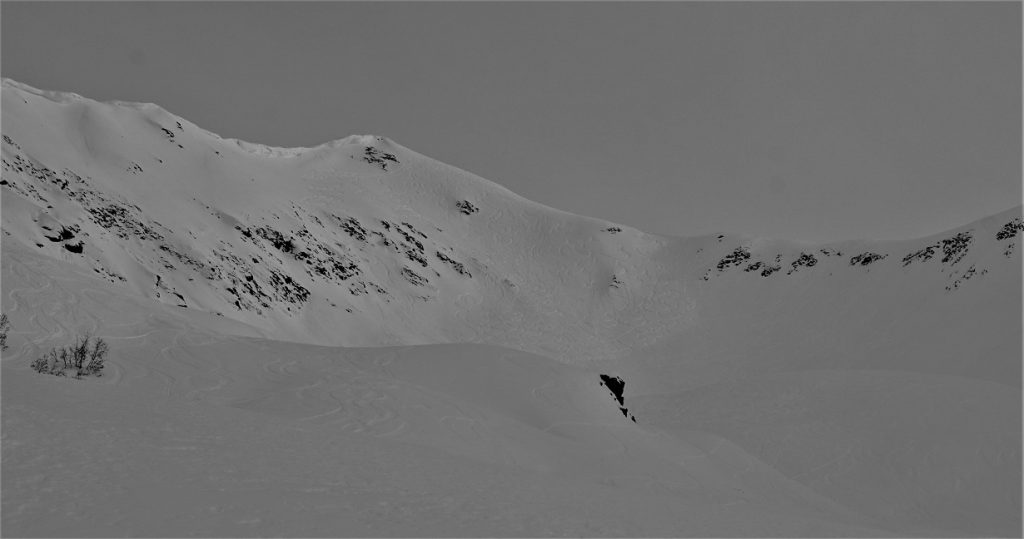 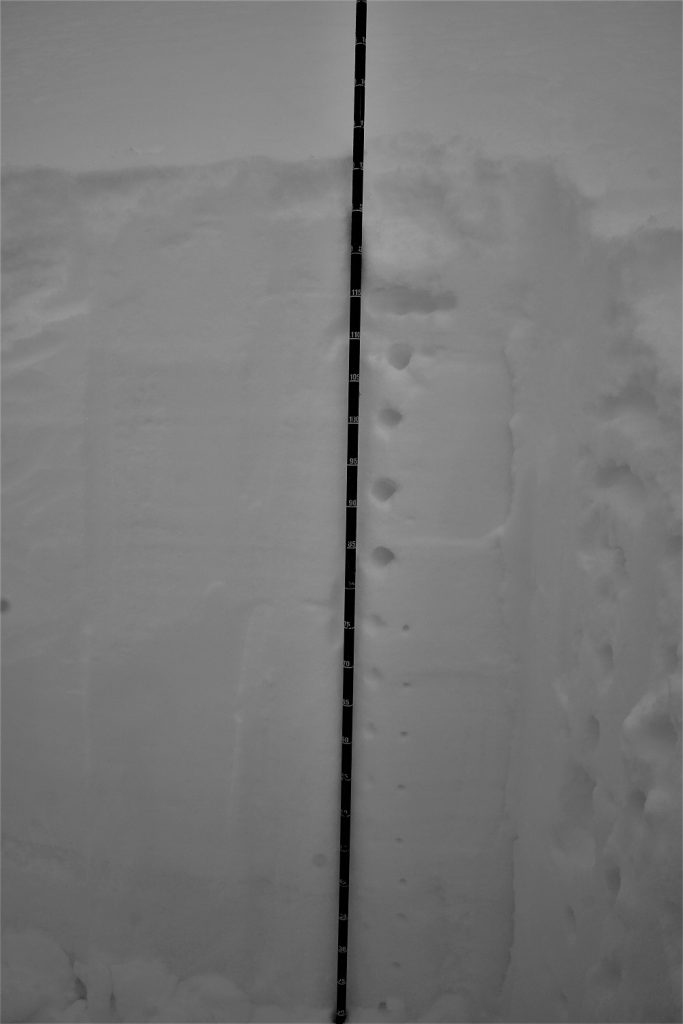 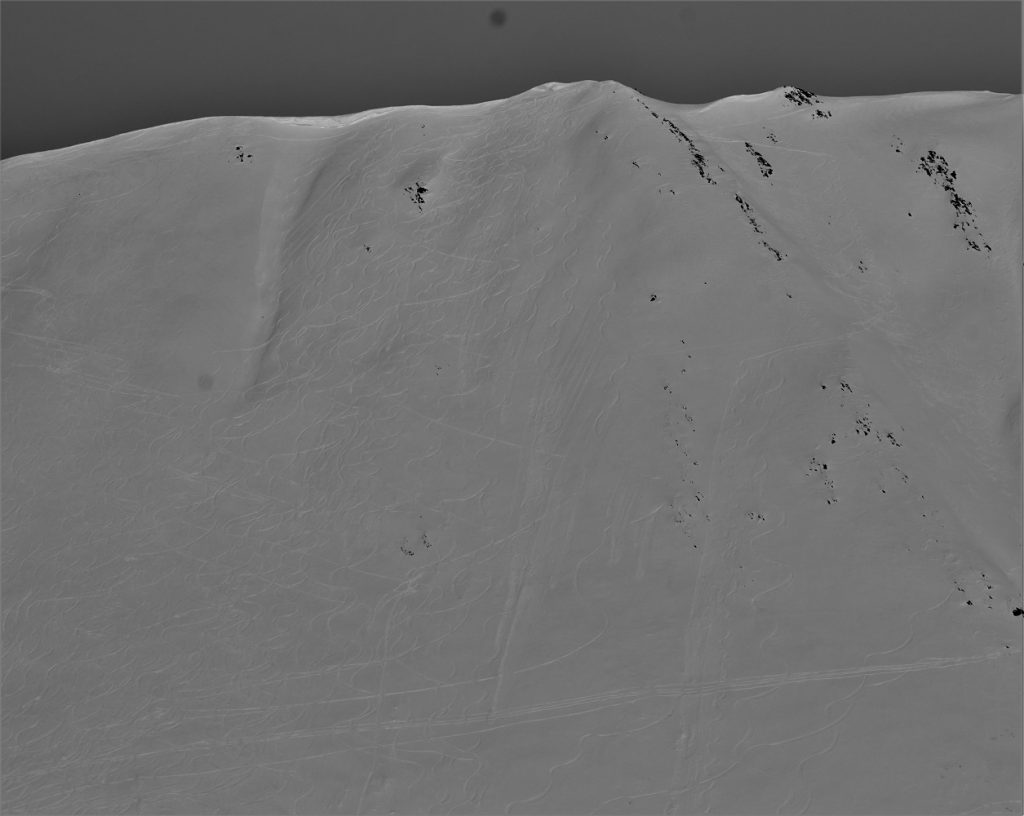 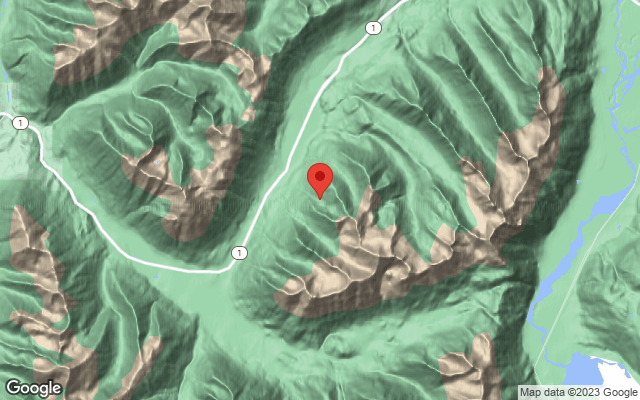