Here are some more avalanches that came down during or just after storm. First
Picture is Kenai Lake from mile 22 pull out. Picture 2 is of Lark Mt W aspect
and 3rd is Andy Simmons. Most went to the ground and debris is hard to pick up
due to the avalanche having dry snow and powder clouding out. On the Andy
Simmons Pic the first slide small up high went to the ground but ended in a
flat area, thin line is a surface slab avalanche and the rest went to the facet
layer. The orange line slid after I took the picture (Today about 20 min
later) so they are still comming. Nothing has hit the highway it is stopping
at Alder line and only once went about half way thru alders onto lower angle
terrain.

Be careful out there that layer at the bottom (Facet/Depth Hoar) may or may not
give you clues but it is certainly there! 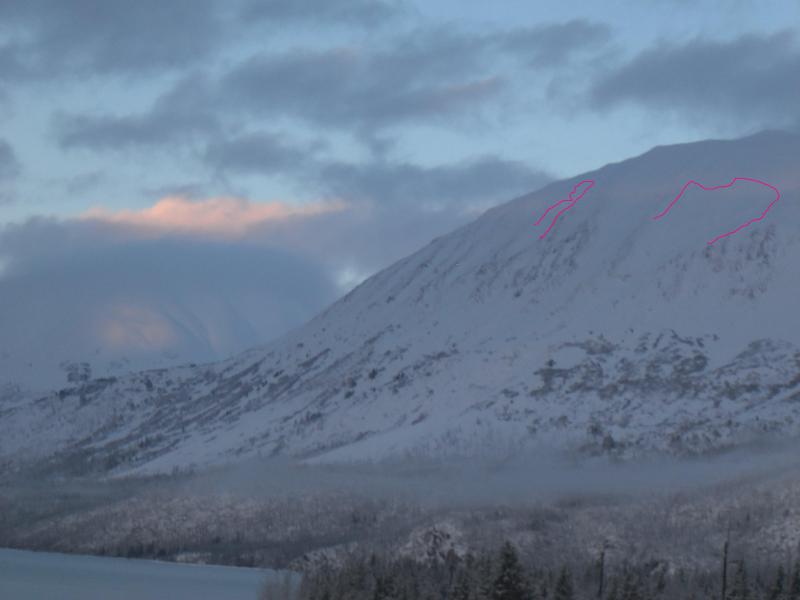 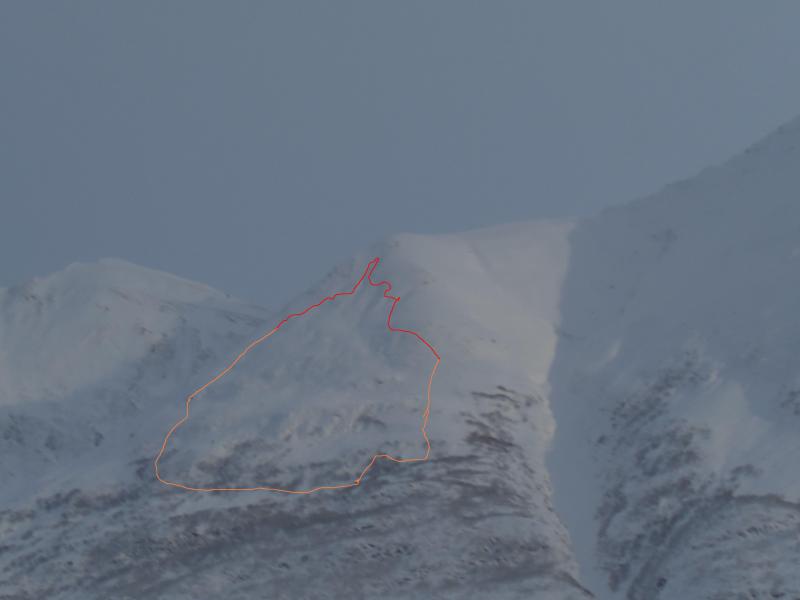 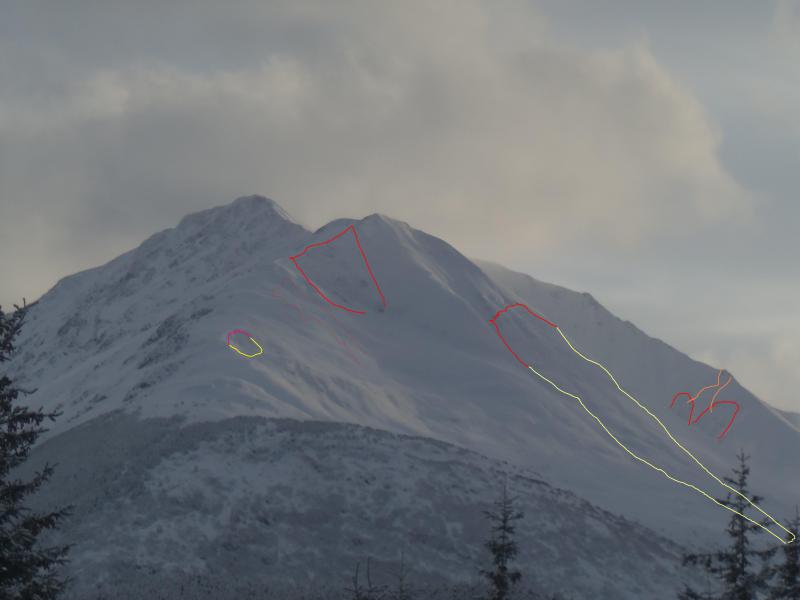 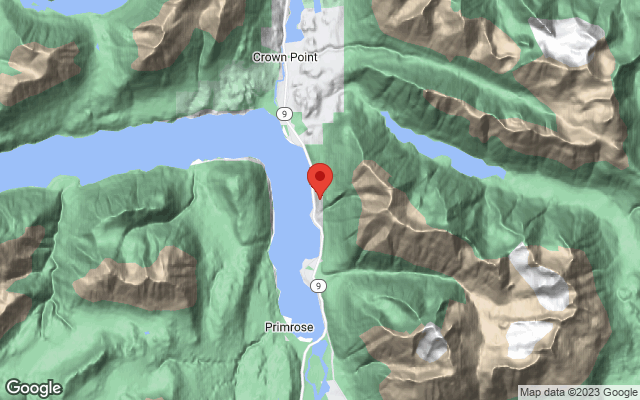