I witnessed this avalanche, described in another observation, and want to add an important detail: it crossed a hiking trail in the forest, 600-700 feet in elevation below the trigger point, burying a short stretch several feet deep. It could well have injured or killed a person in that place at the wrong time. It’s a reminder that some terrain we take for granted as safe may have a start zone looming above and we may not be aware of events happening up there.

As two people on snowshoes transitioned from the west-facing slope above the saddle to a longer, steeper southwest aspect, a slab broke free along the grade break just before them. They were not on the slab when it failed and quickly retreated from the trigger point. 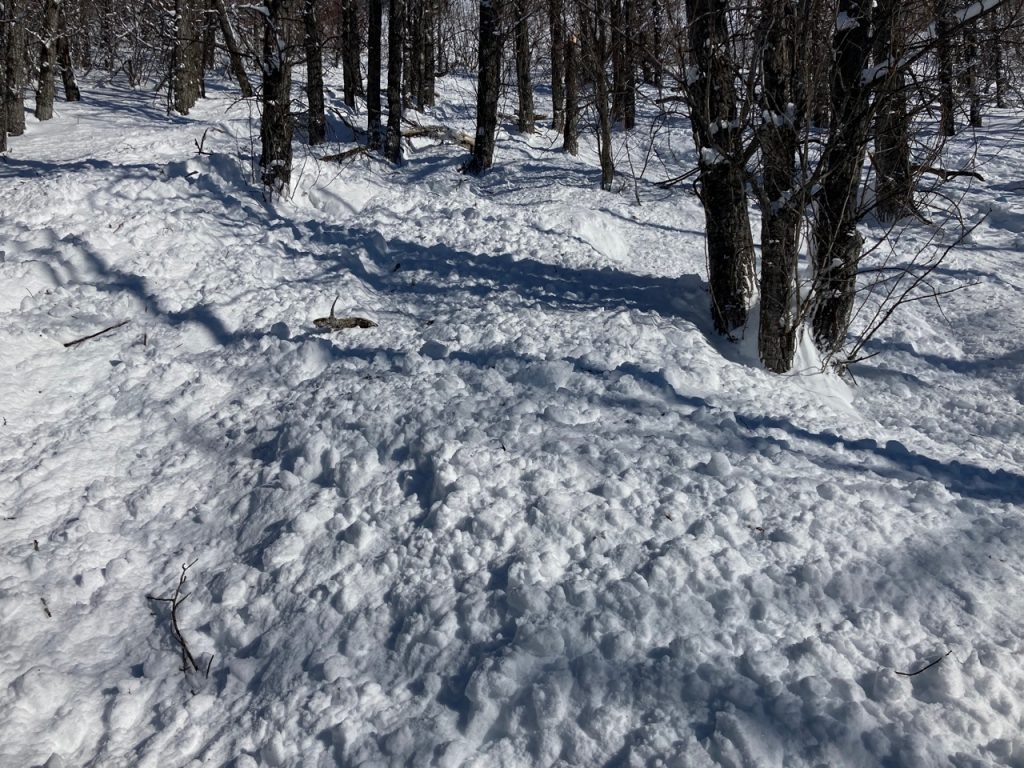 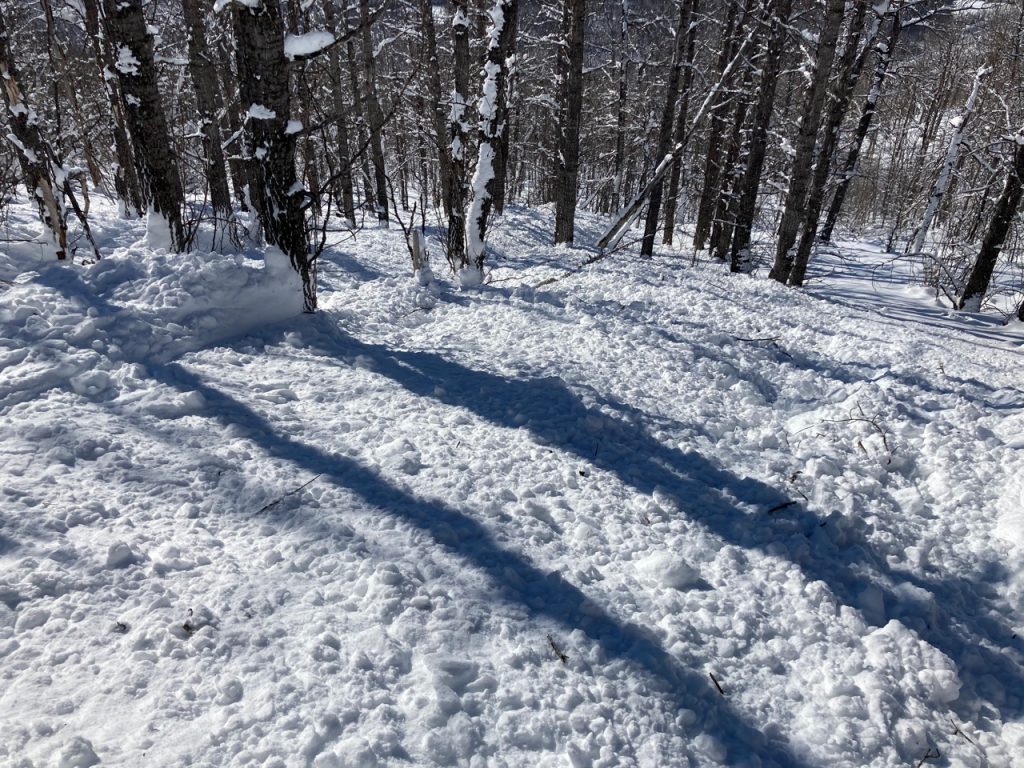 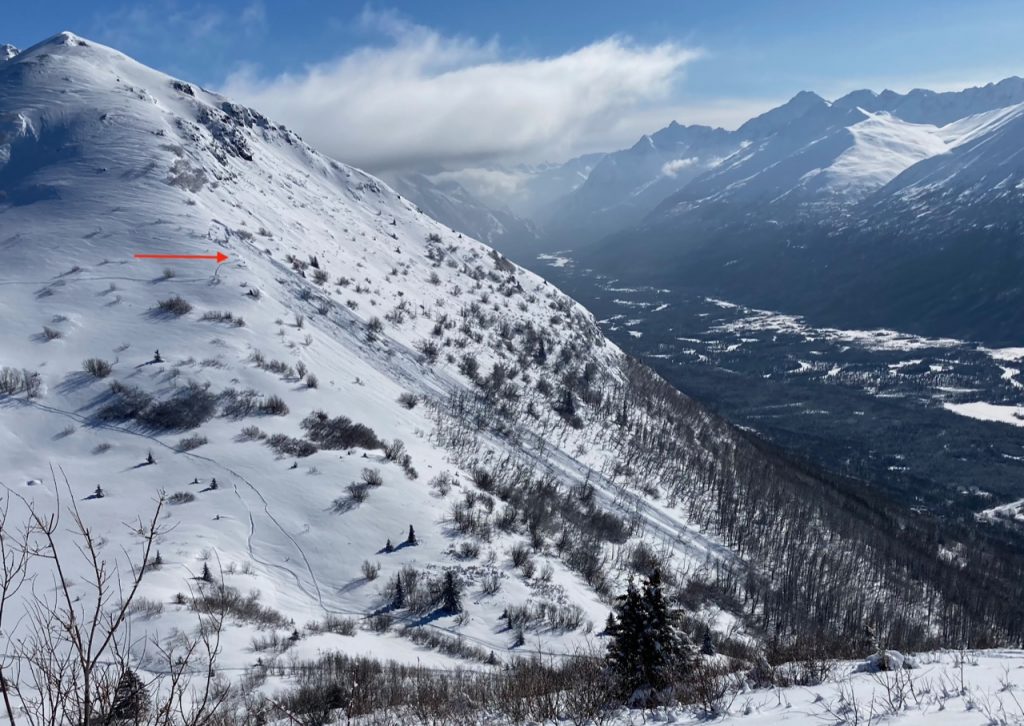 View from the west of the crown and part of the slide path into the trees below. Arrow shows trigger point and direction of approach. 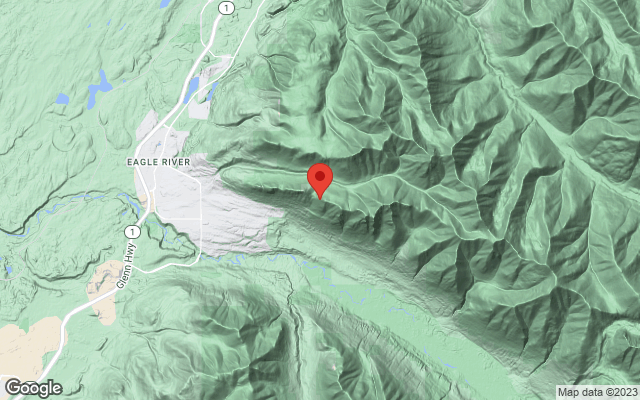