Set track on Microdot from IM lot to 4200’. Stop at first shoulder above cliff bands due to flat light, skied gully due east of first shoulder, then first chute on north side. Ski quality incredible.

Multiple slides on S and E aspects of Skyscraper/Eldorado bowl as well as relatively large and small slides out of a few chutes at various elevations in the bowl, which appeared to be wet/loose in composure. Observed from Microdot, crown depth and slab width unavailable- appeared glides had released all the way to earth as common for glide cracks. All avalanches but the southernmost Skyscraper glide had new fallen snow on top of debris.

Multiple avalanche E of IM lot, most concentrated on Skyscraper and nearby formation(s).

Microdot showed no signs of instability.

1’-1.5’ new snow on top of ~3’ from previous storm cycle. with light windloading occurring on S aspects. Snow depths and composure quite consistent on all encountered aspects.

No formal test, multiple hand pits revealed rather solid cohesion between new snow and old. Right side up snow on top of previously observed snow pack. Rain/sun crust under new snow especially on solar aspects. Quick dig that was performed revealed conditions of underlying snowpack much the same as reported in the previous two days. 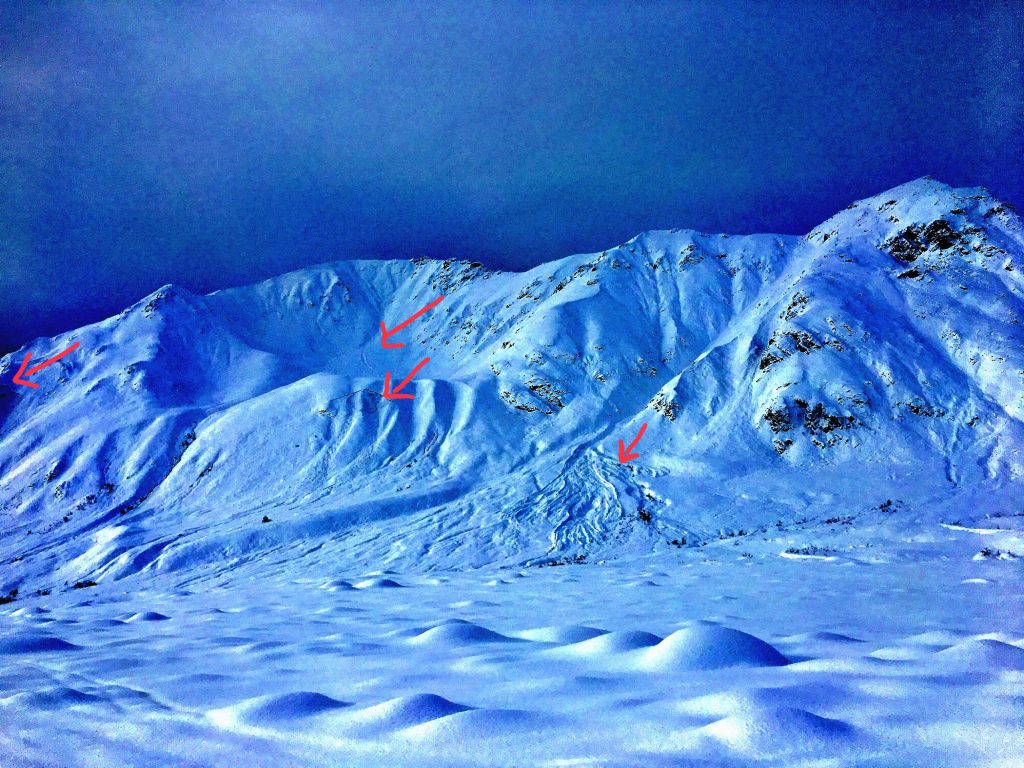 Glide barely visible @ left edge is bigger than one @ center. Appears it may be the same glide crack reported yesterday that hadn’t released. 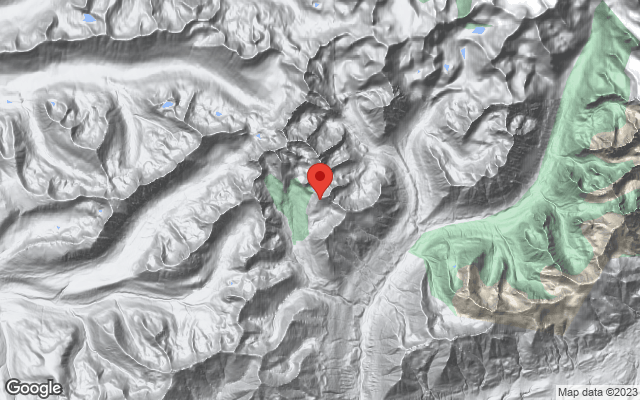