Standard up track on west ridge of Microdot.
Observed recent avalanche at NE end of bowl between Microdot and Marmot.
New snow overnight, around 6″ at IM weather observation.

Skier was slowly feeling their way down the slope. About 7 turns down a small area fractured underneath the skier then shot out and about 4 feet above the skier the slab released. The skier didnt have much momentum and fell down then fought to swim out and was able to self arrest with hand and pole into the bed surface.
The crown showed about a 12" depth at the center and down to about 4" to the far skier's right side of the crown. The avalanche continued down the rest of the slope. The debris pile developed when the terrain shallowed out.

3 person group with 1 person being a new ski partner to the other 2. Up track was out of view of most of the south facing aspects we hoped to ski. Sun came out on the ridge and we went higher than we initially intended. We observed the snowpack was showing signs of poor stability with recent avalanches on leeward aspects and it seemed the soft snow on the surface wasn't bonded with the hard surface beneath it. We chose terrain without obstacles or terrain traps but failed to choose a slope with appropriate lower angle with the observed snowpack stability. We came up with a travel plan of 1 at a time and to remain in view of each other at all times. Skier 1 triggered the avalanche. After self arresting, skier 1 descended down the avalanche track as it was likely the safest route down.

New snow. In some areas the surface was a faint beginning of a wind slab. 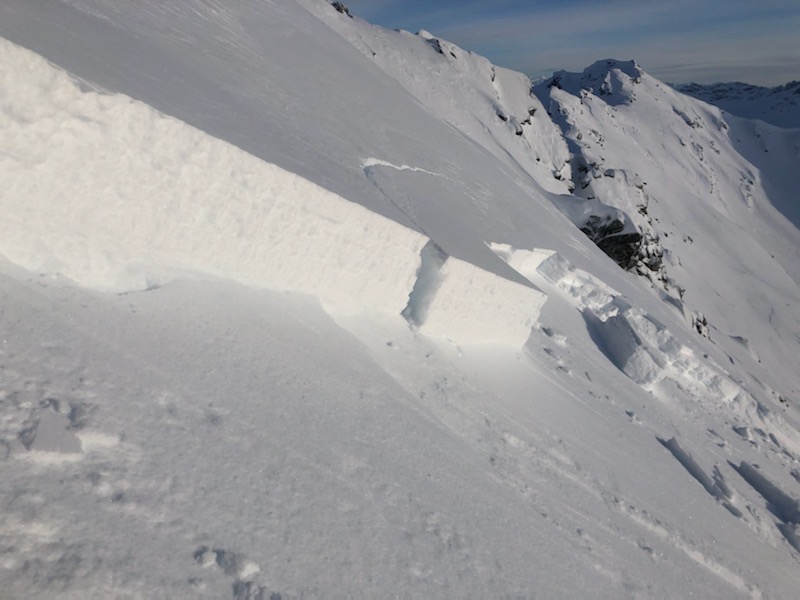 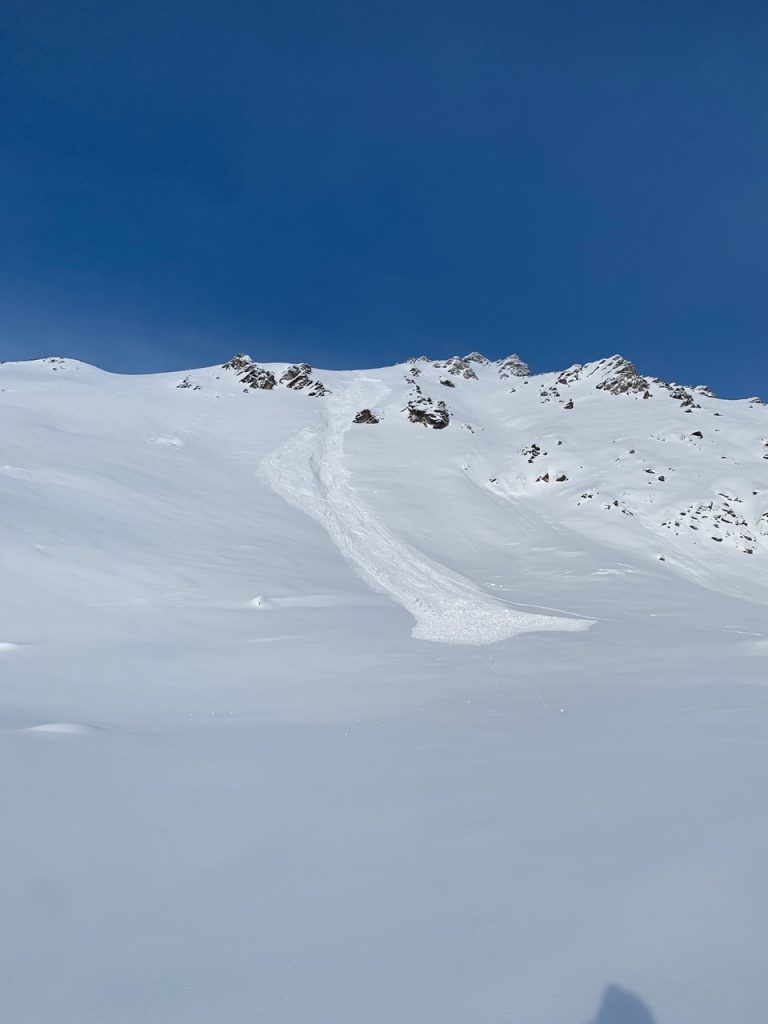 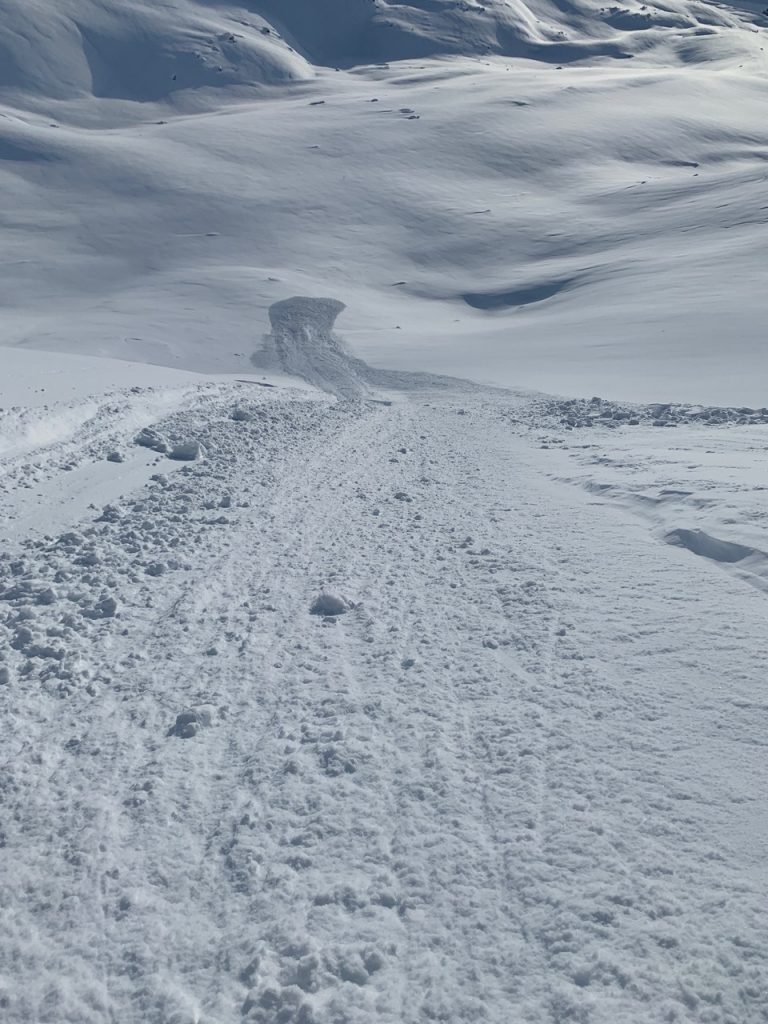 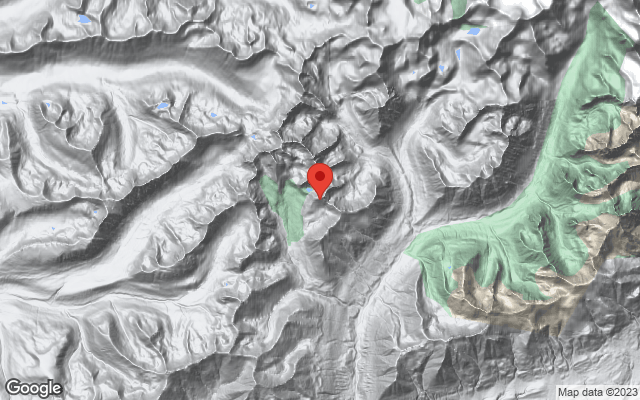