No whumphing, shooting cracks, or avalanches.

New snow over 2mm thin layer of near surface facets

Closer to the top: 5-30cm of newer, low density snow over NSFs, unreactive except in isolated locations of barely cohesive enough snow for a localized crack.

ECTP's on Microdot south and North both found reactive layers of surface hoar approximately 50-65cm down. We have also found BSH at the Hatch Common avalanche site from 12/9 and around $1000 Run. It can be patchy in distribution, but some areas appear to have better distribution, worth more investigation and adding it as a layer of concern in your assessments.

Stability has marginally increased through the week with only incremental loading of new snow and light winds. However, the potential for triggering avalanches is still present and we recommend conservative decision making and sticking to lower angle terrain out of the runnout of steeper slopes. As far as steep skiing goes, sometimes the mountains are saying go away, and other times they are saying come on in; this month they are saying go away! 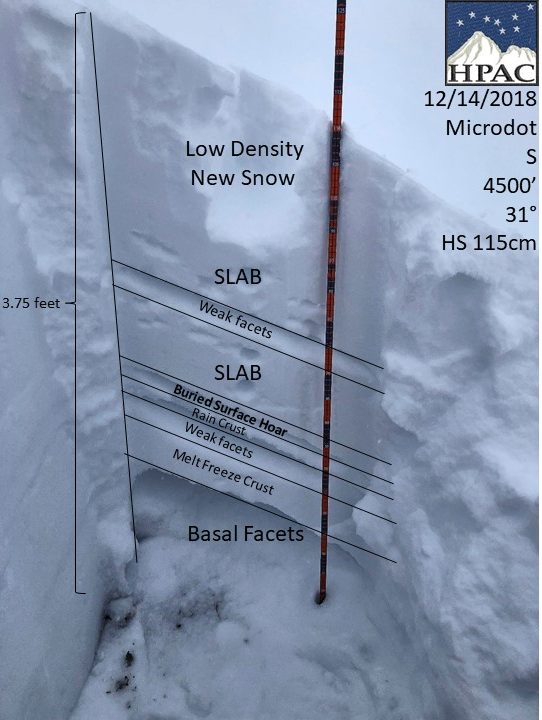 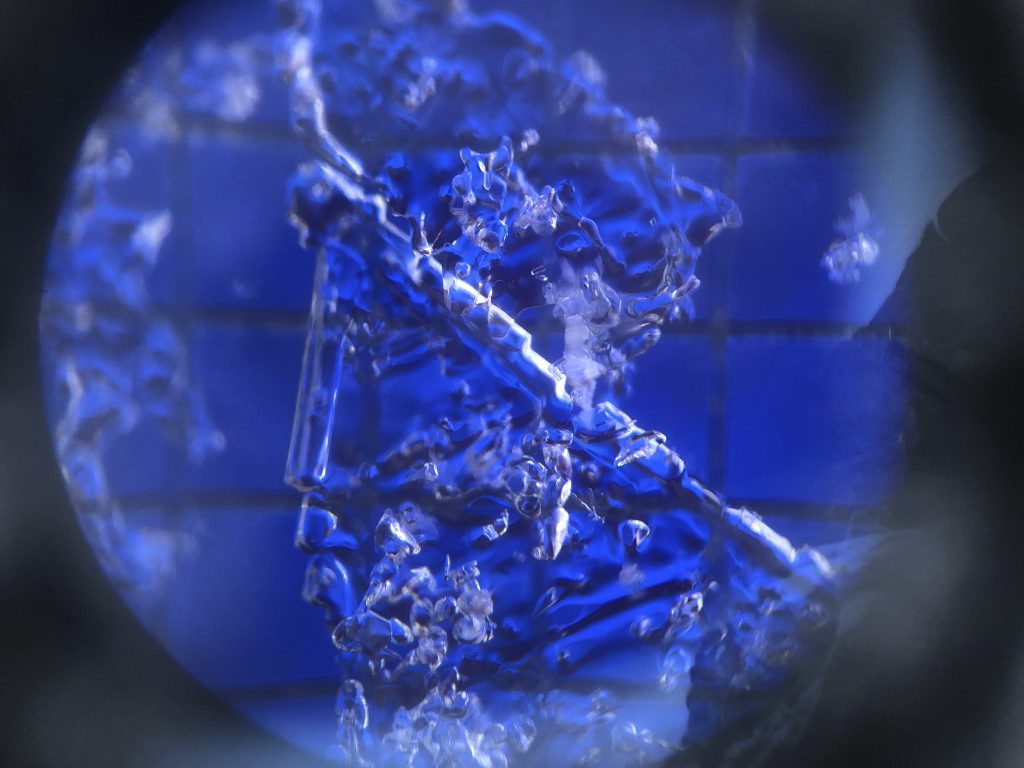 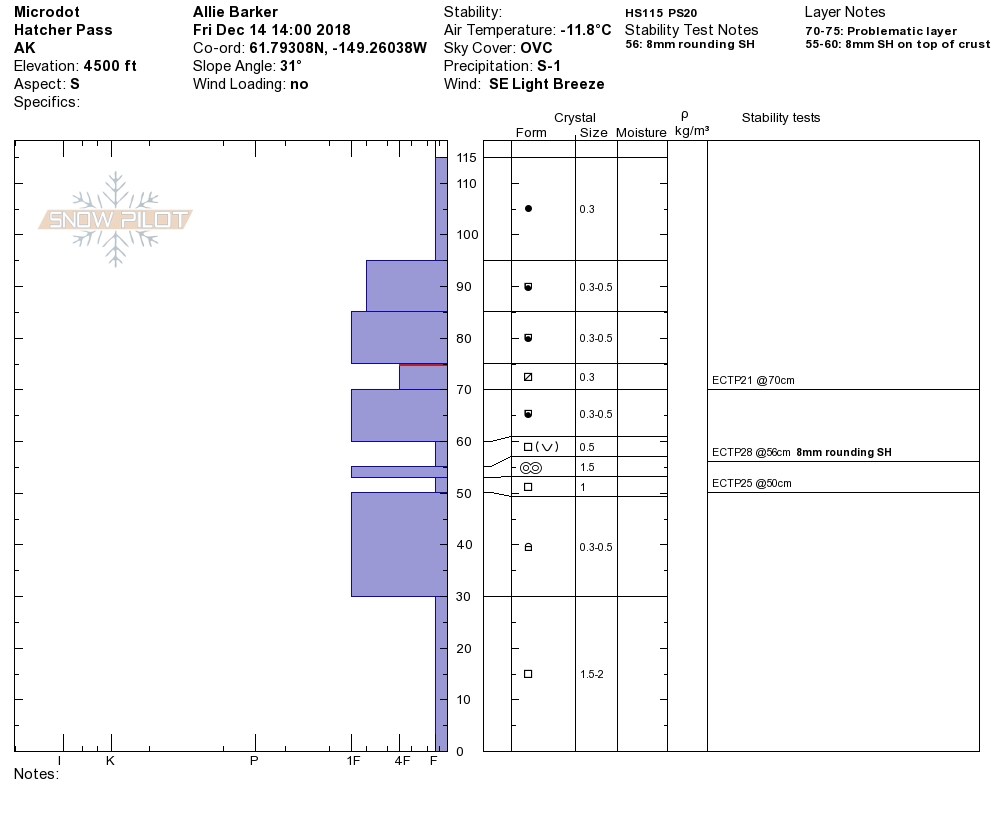 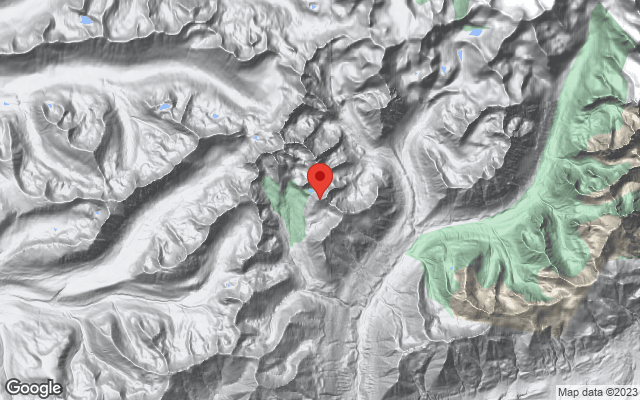