Widespread natural avalanche activity peaked 1/25 – 26 from strong wind event overloading the snowpack, and a warming trend consolidating recent new snow into a cohesive slab. Slabs are failing on a weak layer of basal facets and depth hoar formed in October and November, in some cases sitting on an old melt freeze crust acting as a smooth bed surface just above the ground.

Natural activity has settled down, but human triggered avalanches continue to be sensitive to trigger on mostly steeper slopes, 35 degrees and steeper, on all aspects. However there have been some whumphing and shooting cracks on some slopes as low as 22 degrees, suggesting that in isolated to specific locations, lower angle slopes may be capable of producing human triggered avalanches.

Remotely, human triggered avalanches, were reported on the willow side by snow machiners a couple days ago. On 1/29 a snowboarder triggered a significant avalanche while walking a ridgeline. This avalanche partially buried a snowmachine on the flanks of the debris pile, no one caught or injured. A close call. Pictures below.

The basal facet weak layer is a very persistent and unreliable layer. It has gone through formation, activity, dormancy and back to activity at least a couple times, and this process is likely to continue the entire season until the layer is completely removed and flowing down the creeks in the spring. Propagation potential can be very high. In the recent natural cycle, avalanches propagated around ridge features. This kind of propagation will continue and poses a higher level threat, as predicting the potential boarders of an avalanche are more difficult, and the size of a potential avalanche also becomes more difficult to predict.

We traveled up into the Microdot area up to 4500′. We assessed the SSE aspect of Microdot and turned around and descended our skin track instead of skiing the main run on Microdot due to obvious recent signs of avalanches and deep, instability test results.

While we did not experience whumphing or shooting cracks, others in adjacent areas did. Snowpack instability test results indicate a deep, unreliable weak layer capable of whumphing, shooting cracks and avalanches.

Surface hoar in some locations sitting on new precipitation particles

Layer of concern: Weak basal facets and depth hoar at or near ground. 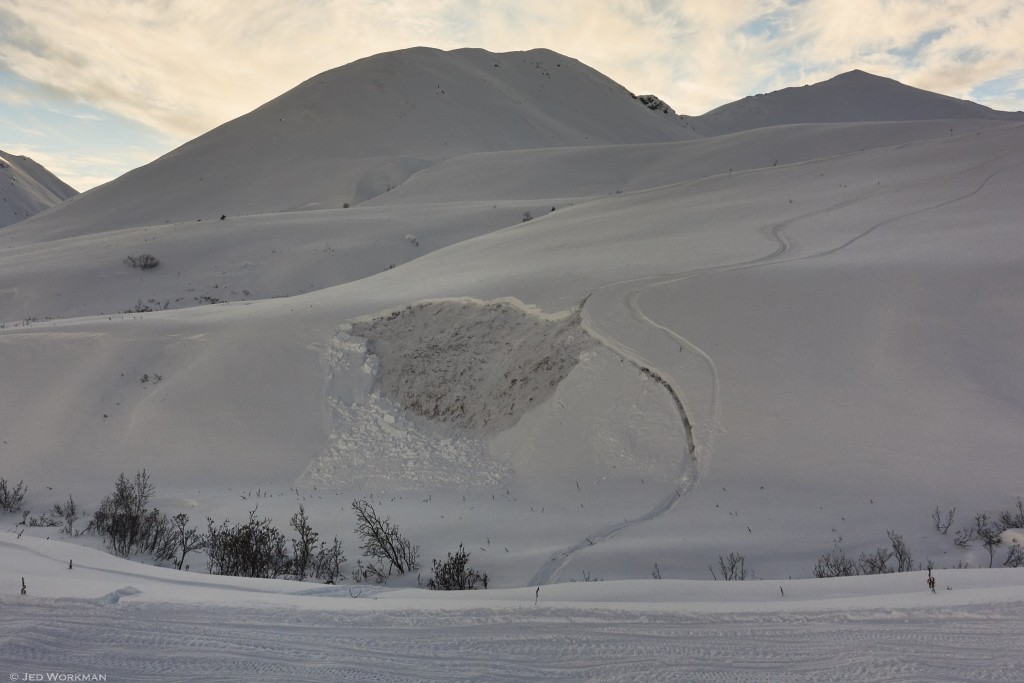 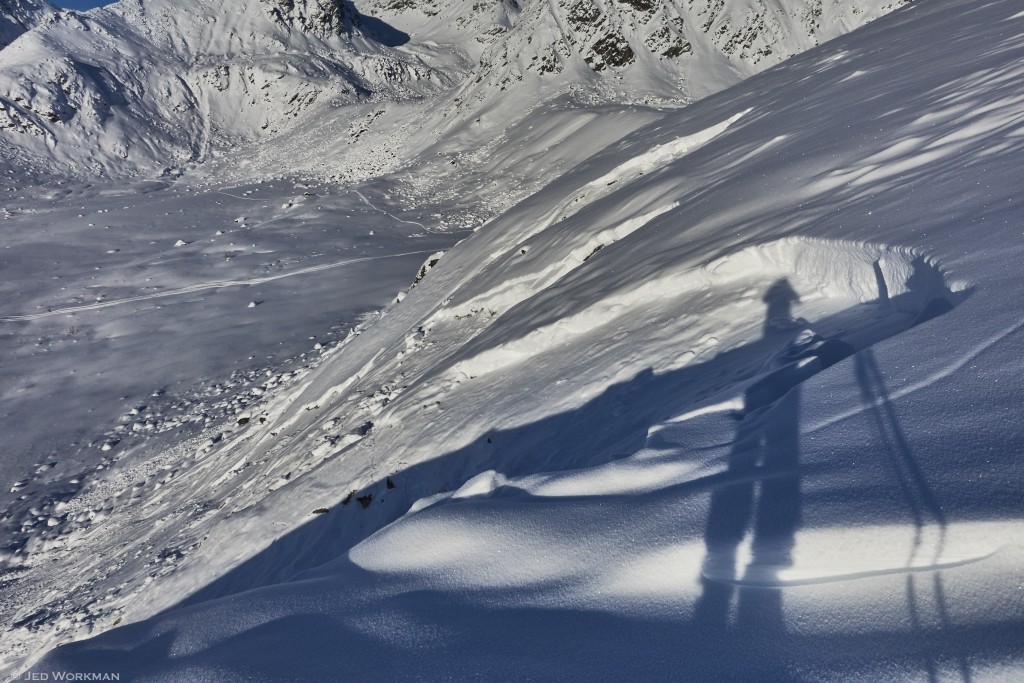 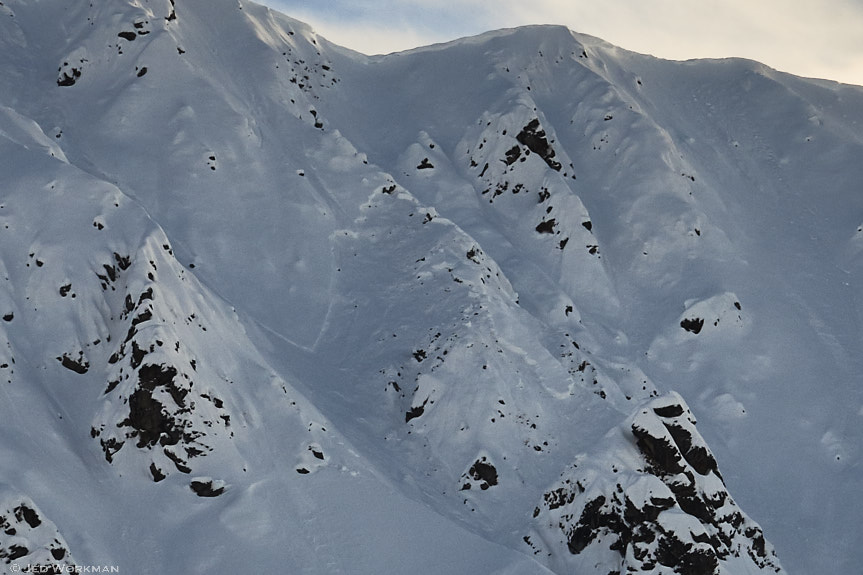 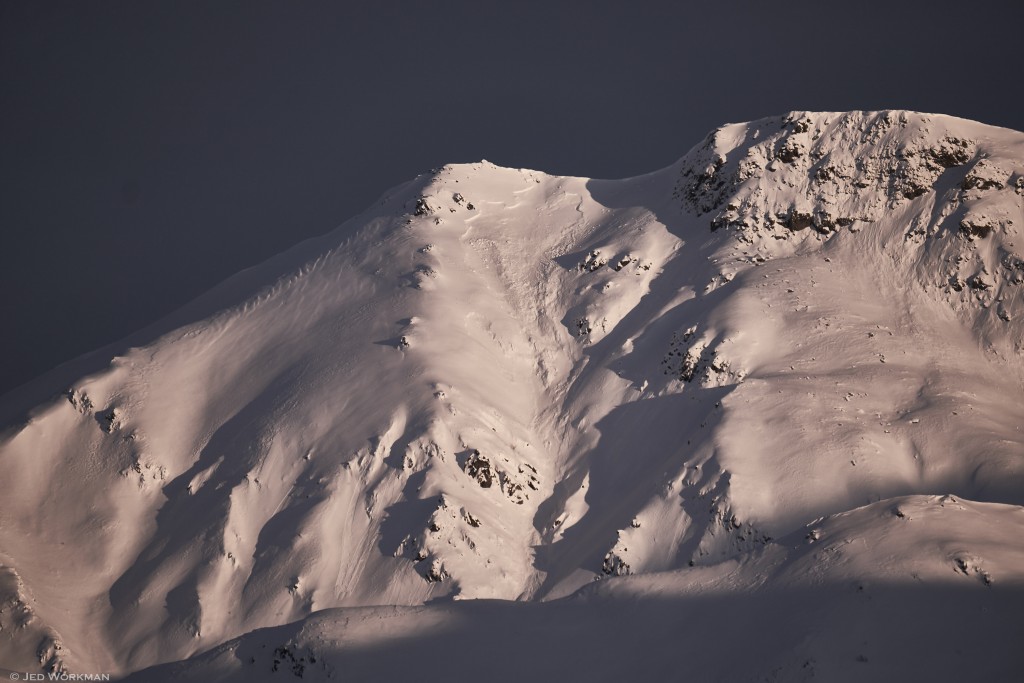 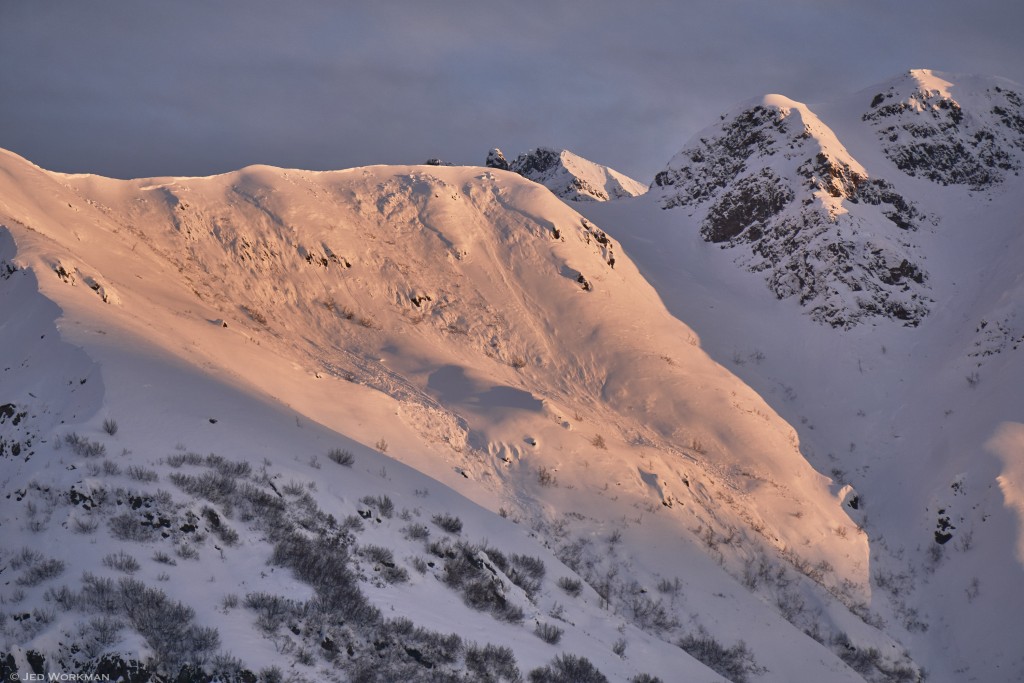 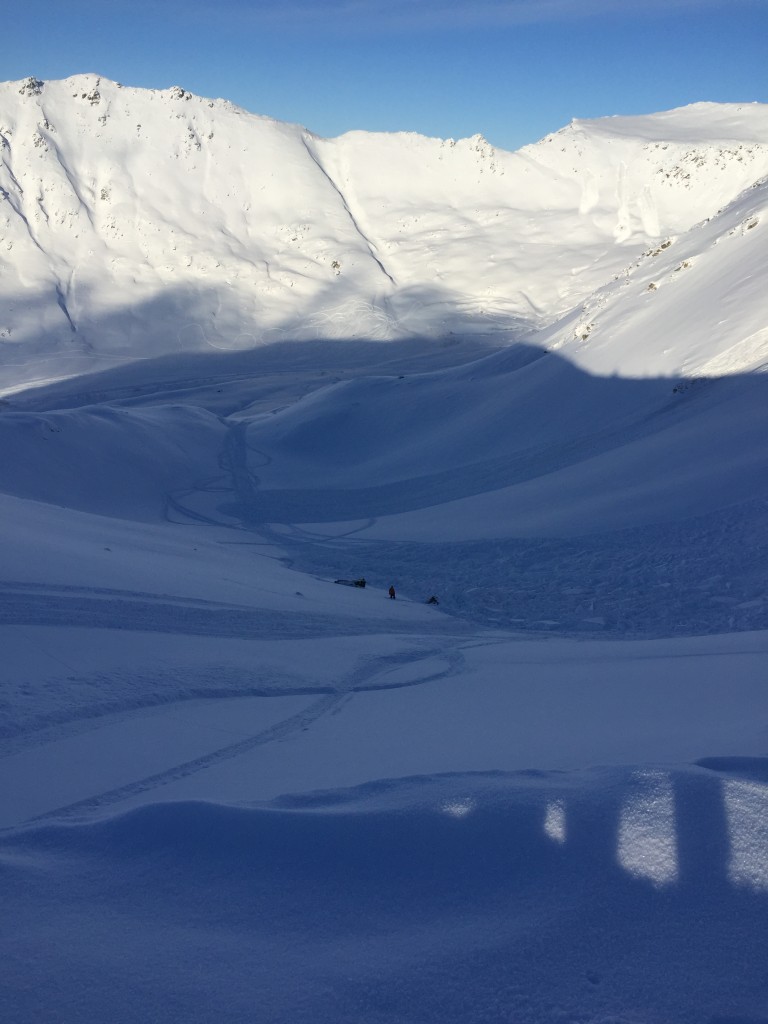 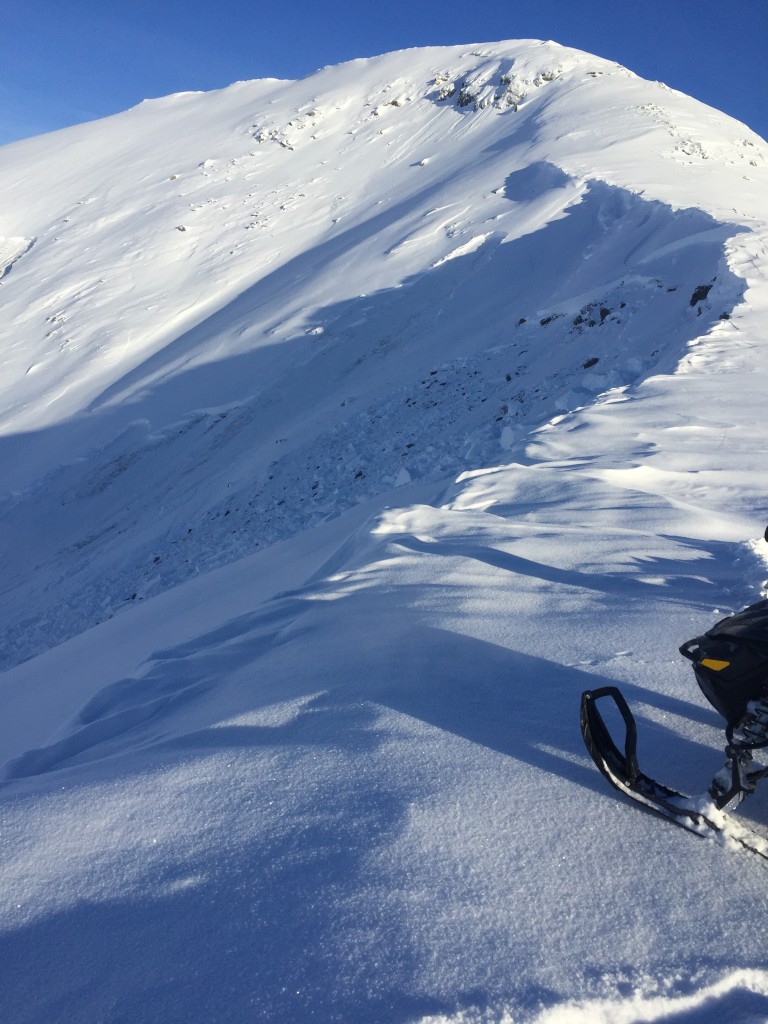 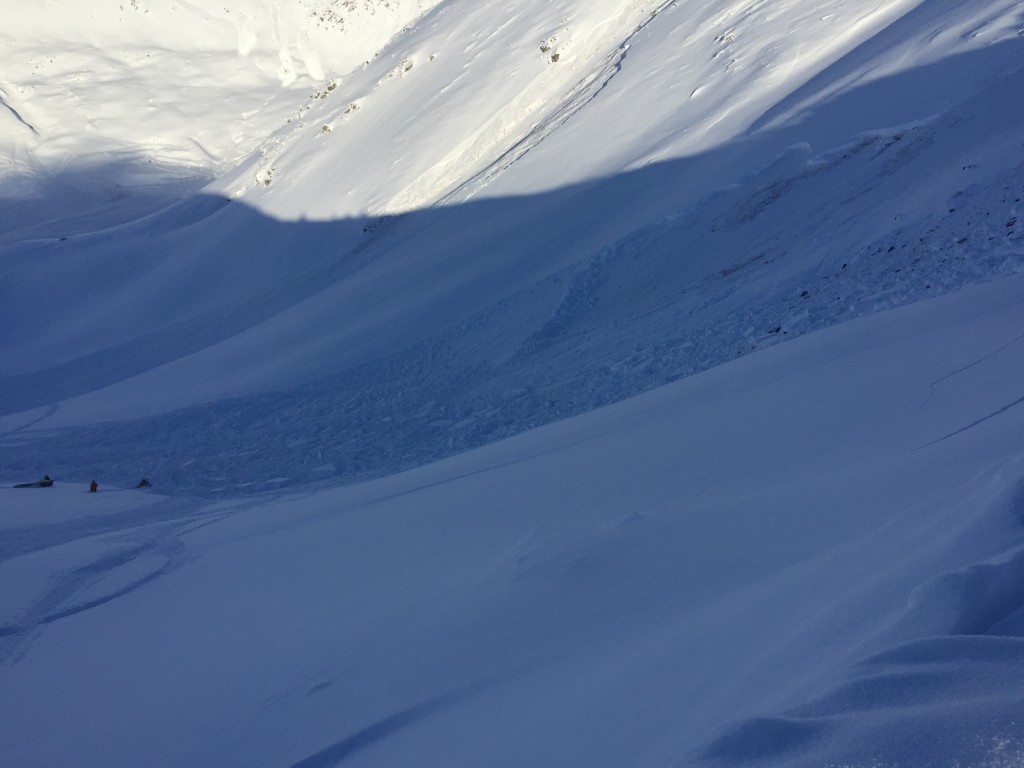 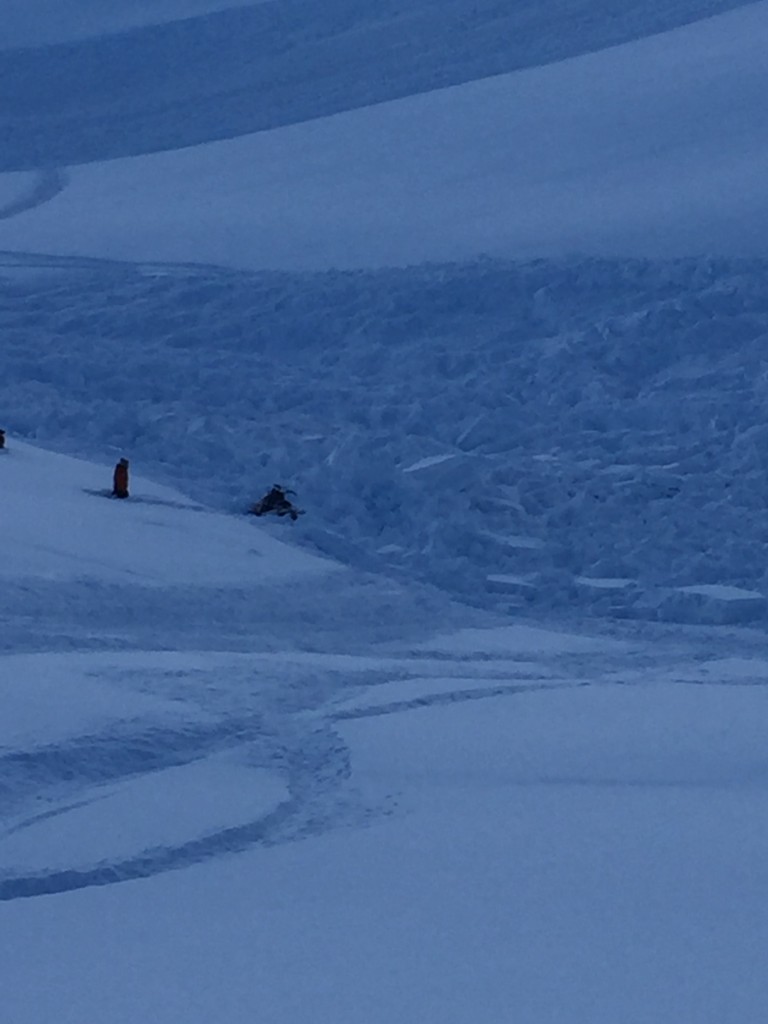 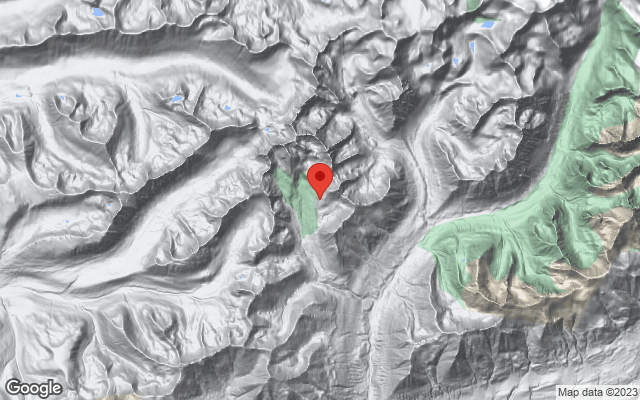