Toured and descended the standard up-track on microdot. Nice weather with light wind. Lots evidence of rain and wind from yesterdays storm.

Lots of wind loading on a variety of terrain features. All west facing gullies on lower microdot appeared to have avalanched in the last few days.

Calm to light winds from the east, with few to scattered clouds to the south. Temps stayed a few degrees below freezing all day.

From independence mine parking lot, a rain crust was present until 3800' feet on microdot up-track. At some points it appeared that two rain crust were present in flats outside of the parking lot. Wind effect was wide spread and varied in forms. We observed smooth cross loaded gullies, sastrugi and exposed melt freeze crust formed earlier in the season. Wind slab was hollow and supportable in some areas, and breakable in others. Very little snow available for transport at upper elevations. Lots of cornicing on features.

We ascended microdot ridge looking for evidence of buried surface hoar on leeward aspects none was observed. Lower gullies on west facing aspect all seemed to avalanched over the weekend. New windslabs were present in lower gullies but no shooting cracks or whumping was observed. Overall the snow pack had moderate strength and no propagation was observed in our snow pits. our pit was wind loaded with 1 finger to pencil hard snow over 4finger show and failed in compression tests. we were able to dig to ground and observed faceting at the ground and some grains with striations.
4500' northwest Facing, 31 degree slope. -2.5 degrees celsius.
HS 220
CT14RP 15cm from surface at hardness change in windslabs
ECTN27 15cm from surface at hardness change in windslabs 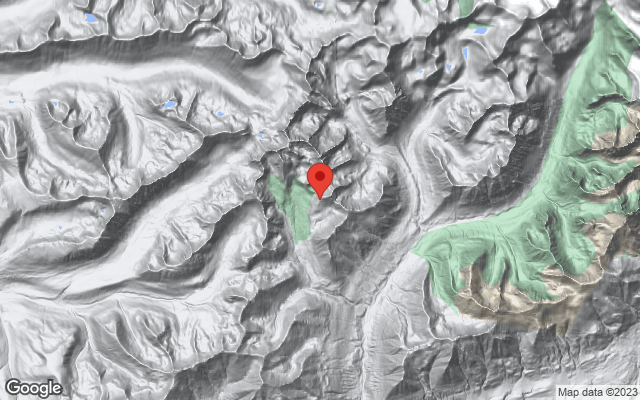